The craziest rigs and PC cases spotted at Computex 2019

These make us wanna build our own crazy PC! 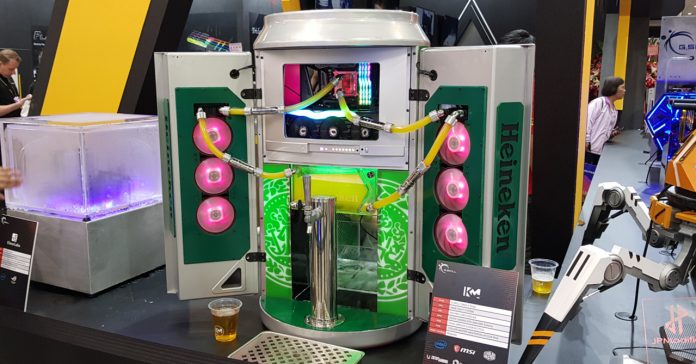 Computex 2019 is filled with the latest and greatest tech that’s sure to excite PC hardware enthusiasts. While the new products certainly piqued our interest, they weren’t the only thing interesting in Computex 2019’s as various PC mods and cases on display wowed us with their creativity (and craziness). The PCs on display were either booth show-pieces, or are part of the various PC modding competitions at the event.

Interested in crazy PC mods? Check out the best and most memorable rigs we spotted at this year’s Computex: 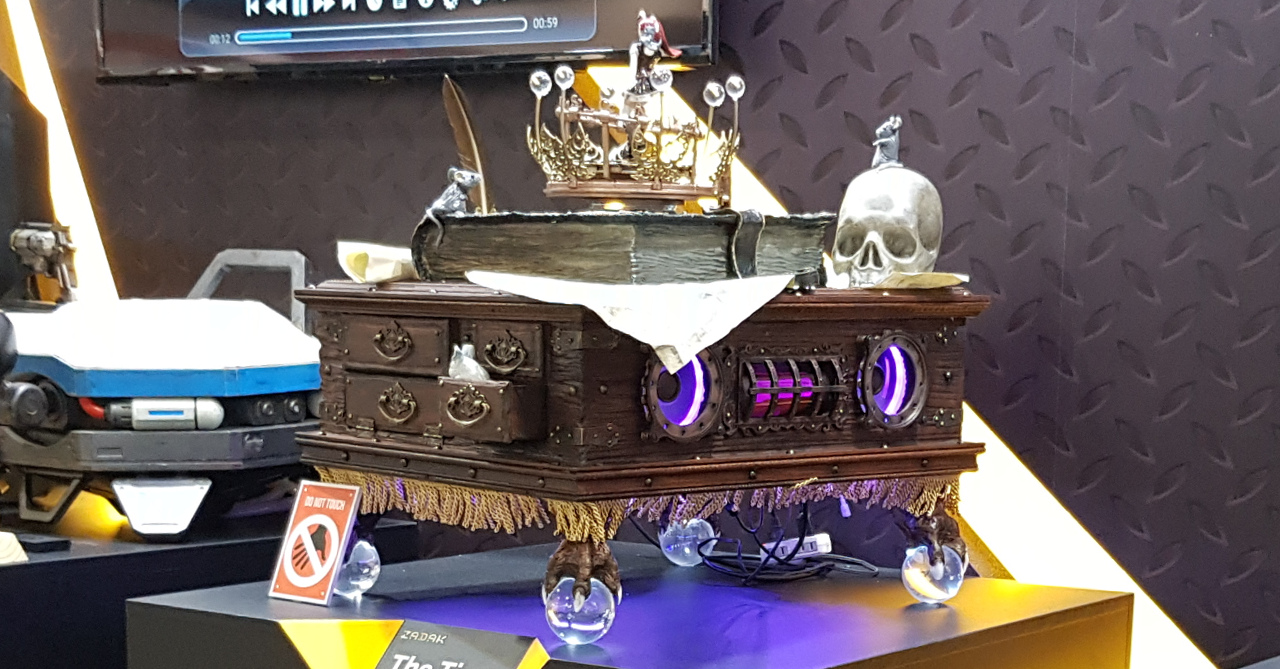 Up first is a sweet steampunk-inspired rig. 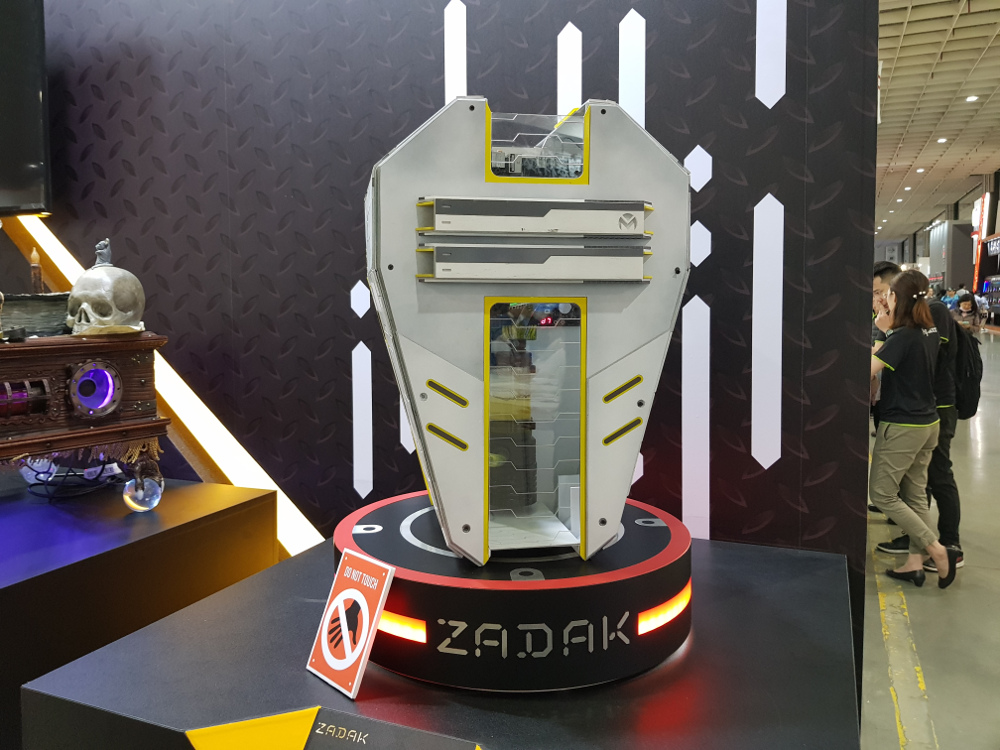 Not to be outdone is an Apex Legends-inspired mod courtesy of Pinoy modder, Mickee Lacerna. 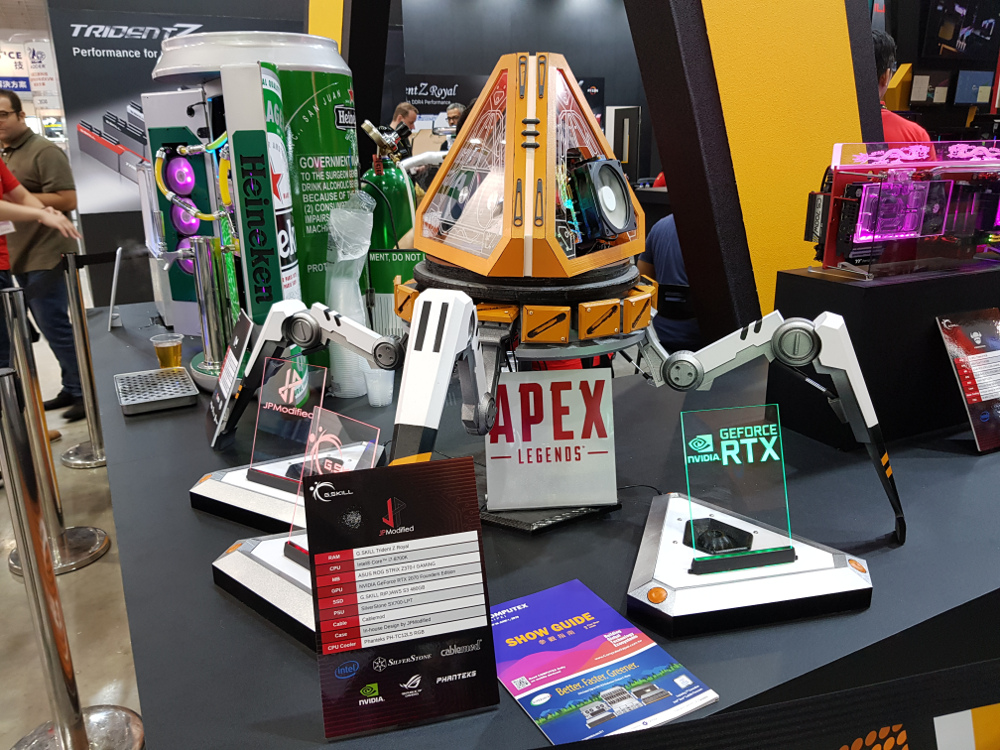 As one of this year’s hottest games, it came as no surprise that there were tons of Apex Legends-inspired modded PCs such as this one. 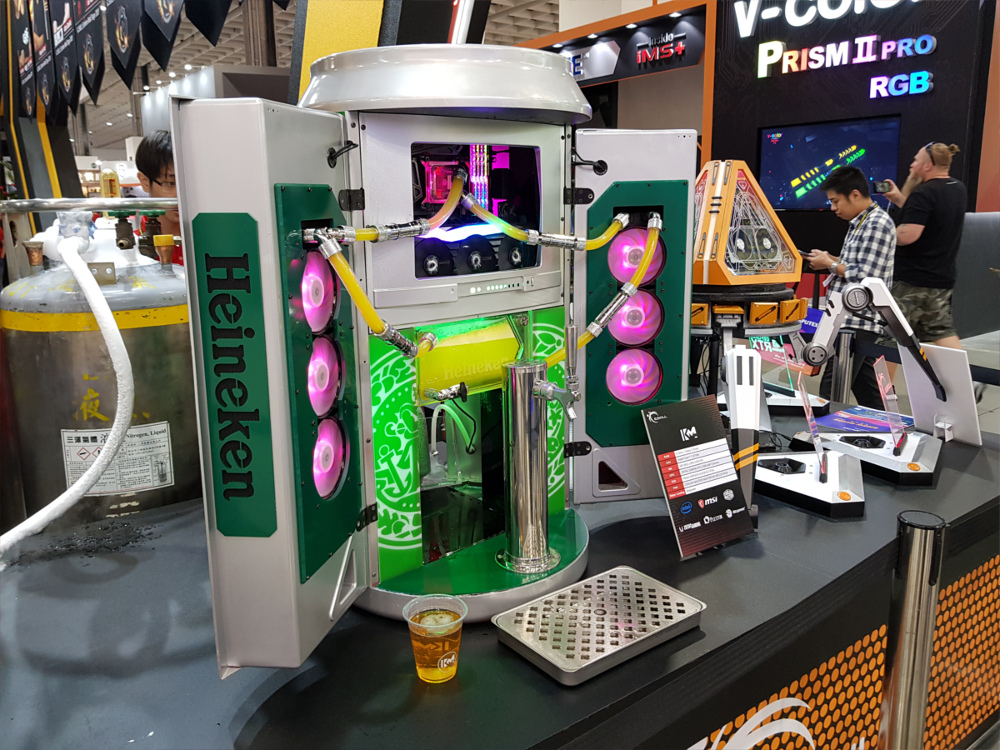 One of the most memorable PCs we saw at Computex is this Heineken “beer-cooled” rig! While it’s not exactly cooled with beer (just beer-colored liquid), it does feature a fully functional draft. 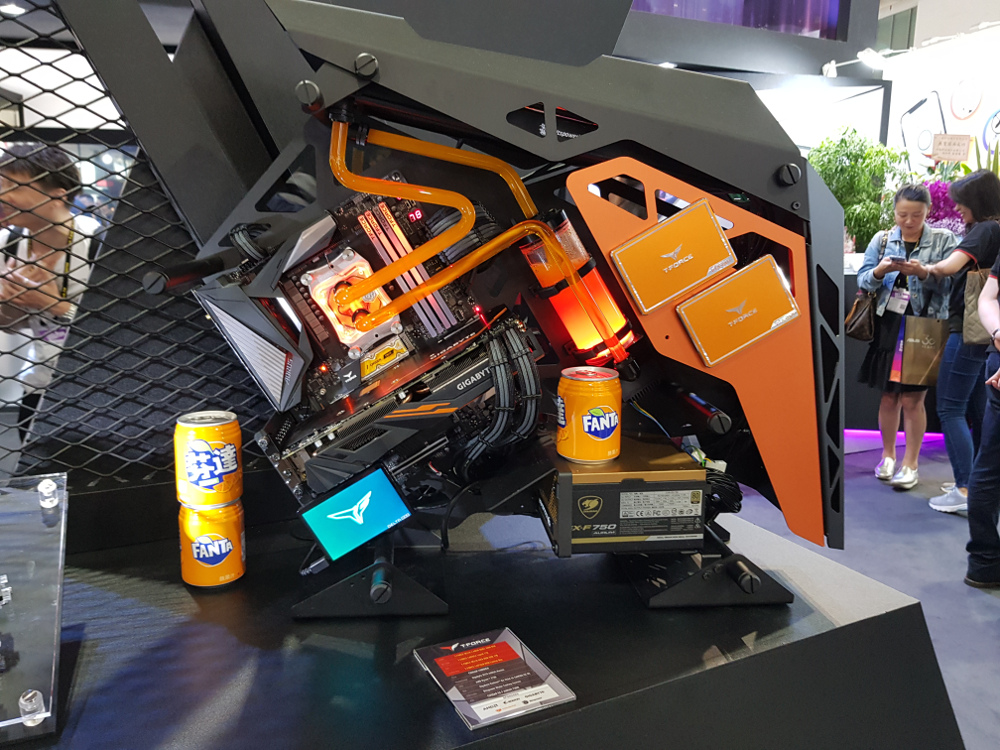 If you’re not much of a drinker, then this “Fanta-cooled” PC is for you. 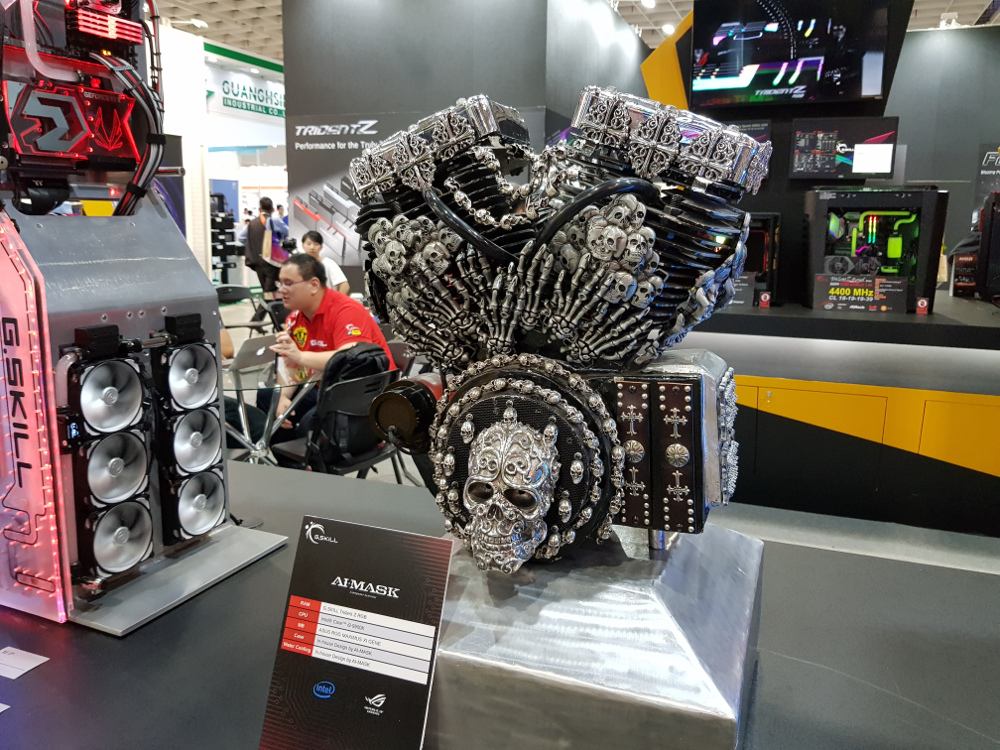 Here we have a mean-looking case that’s styled like a motorcyle V-twin engine.

Unlike the previous PCs, this one may seem a bit more plain. But if you look closer, there’s a hologram of a dancing anime girl! 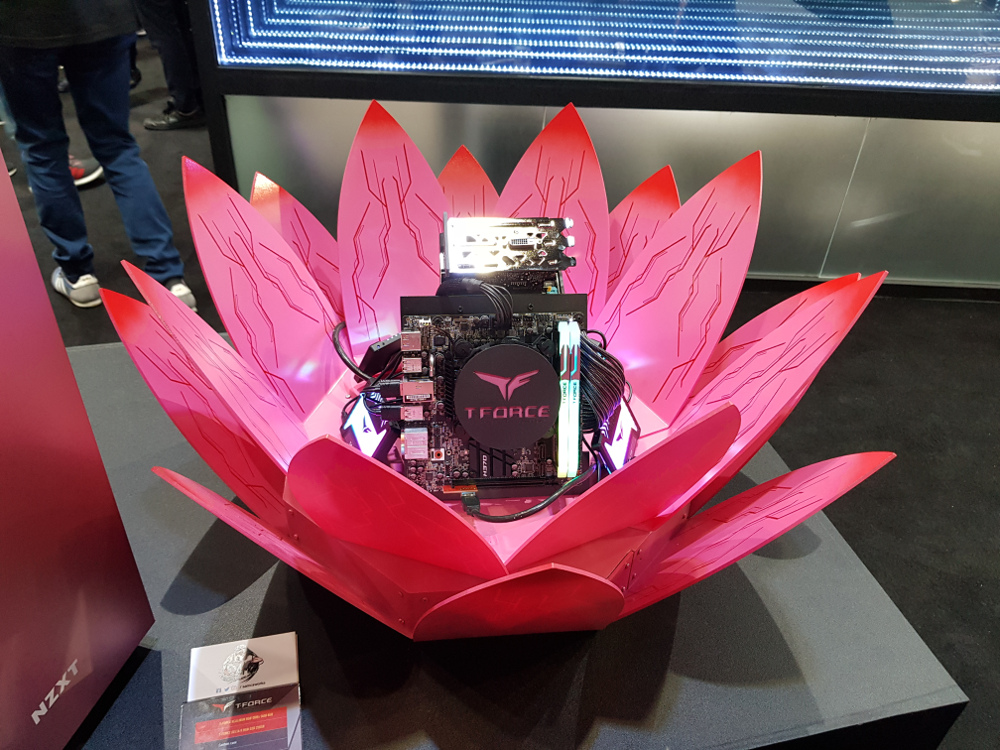 The PC rig above seems to be shaped like a rafflesia flower (don’t ask us why). 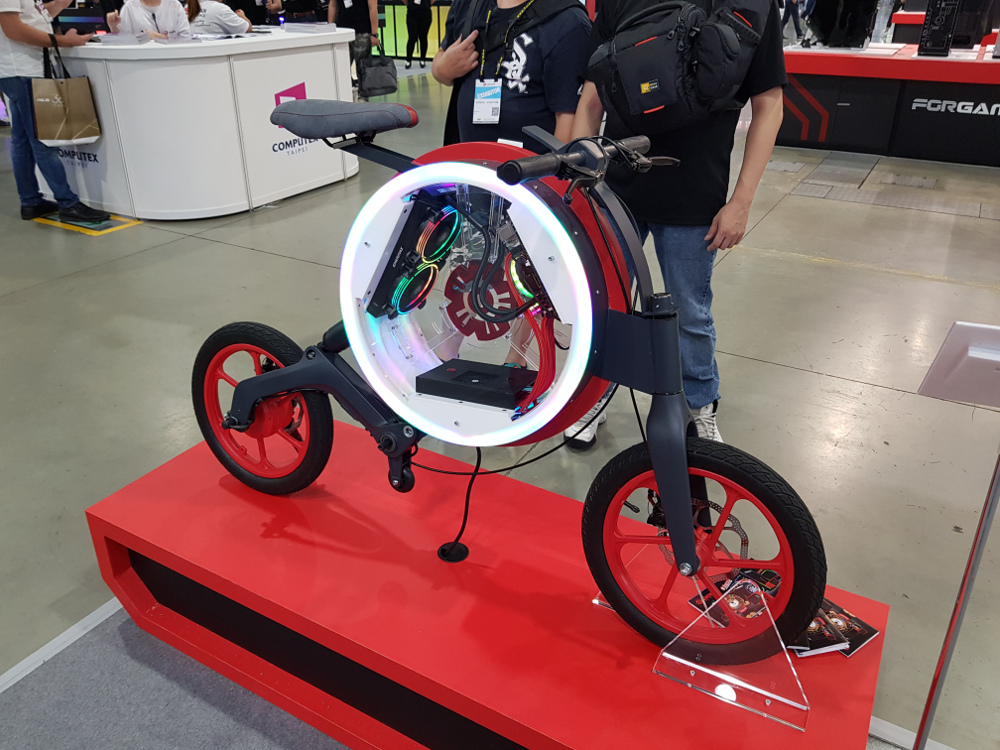 And here’s a PC case that’s literally a bicycle! 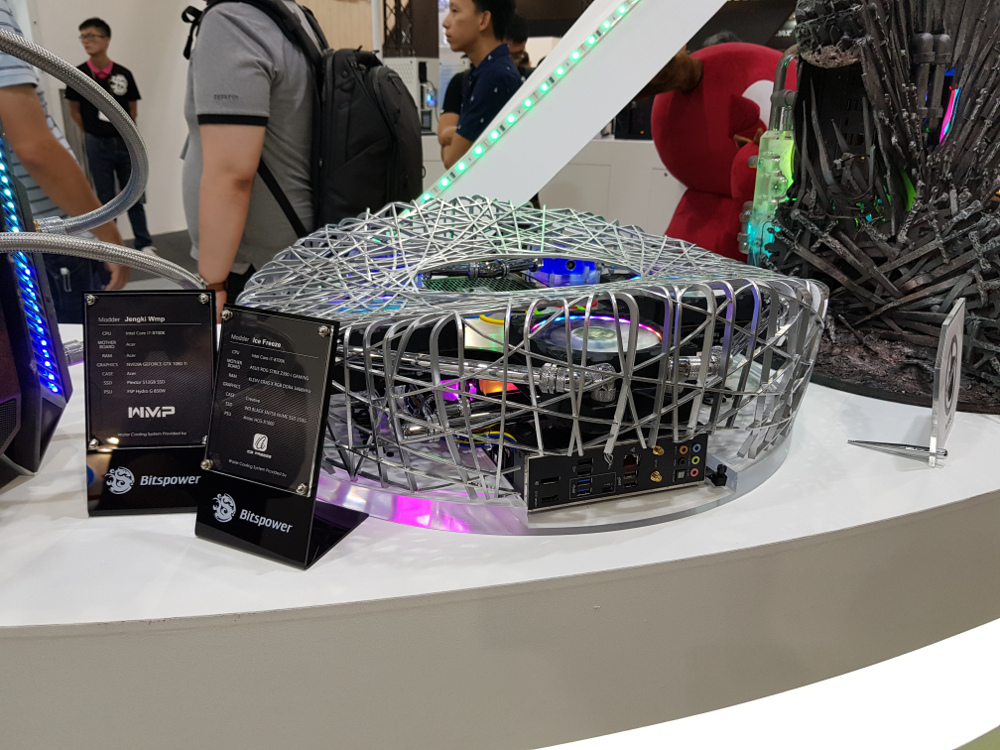 Does this look familiar? Well, this mod is basically a recreation of the famous Beijing National Stadium, also known as the Bird’s Nest which was designed for the 2008 Olympics. 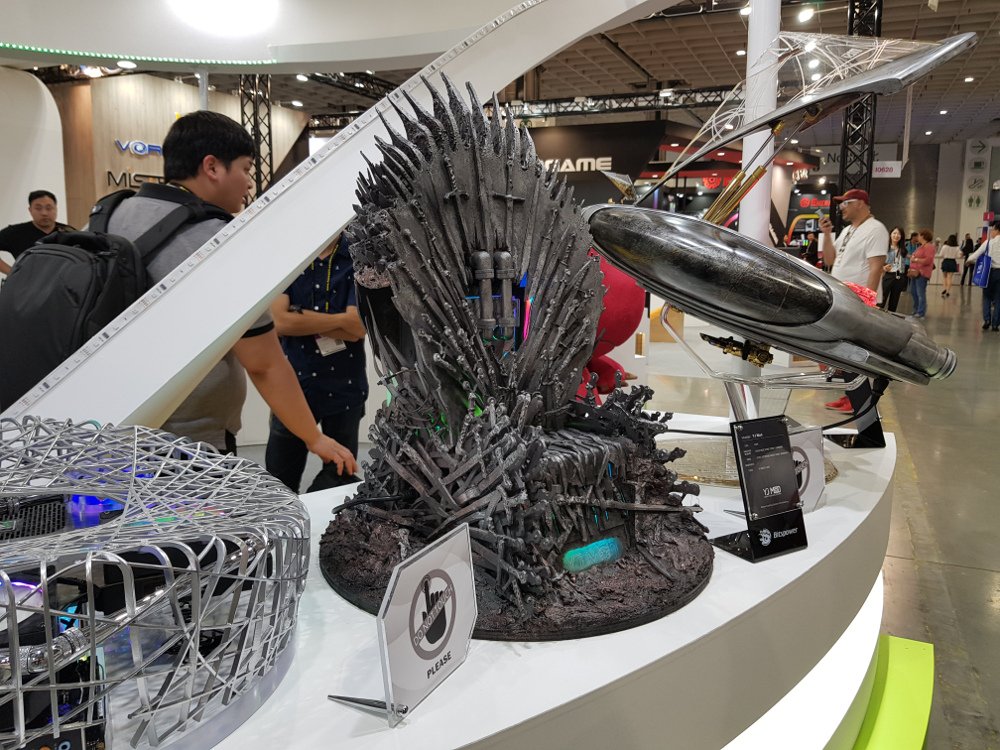 And here we have the Iron Throne from Game of Thrones! 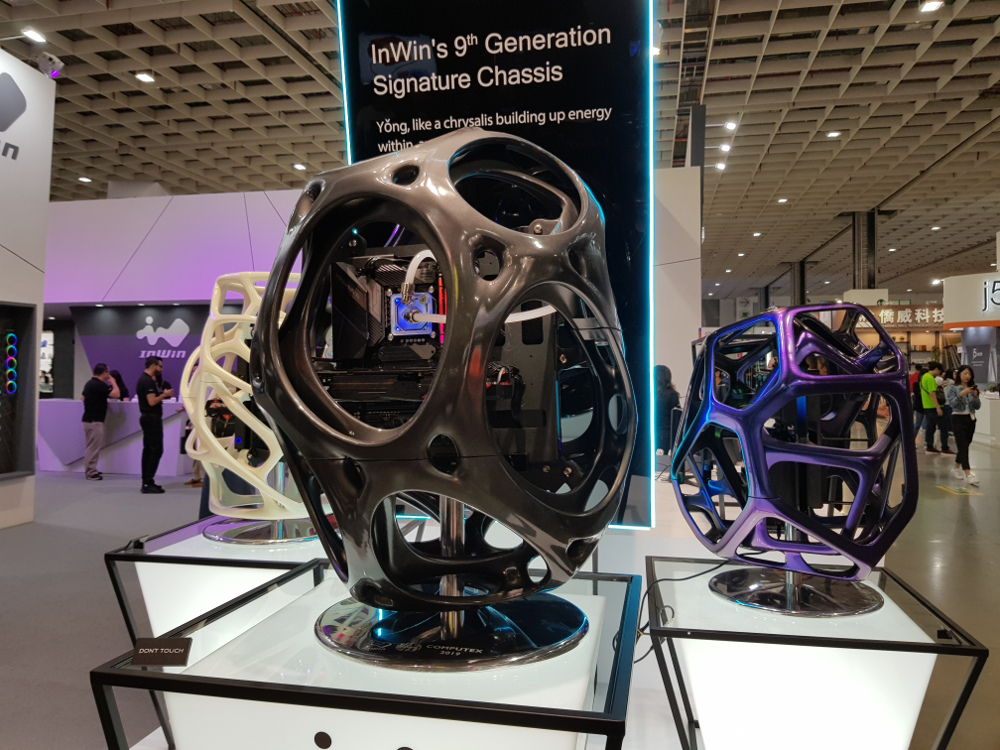 Now if you’re not an experienced modder but want a cool-looking rig, there are tons of awesome PC cases at Computex 2019, such as this one from Inwin. This case is inspired by a “butterfly’s pupation stage.” While I can’t really grasp it’s design, it does look hella cool. 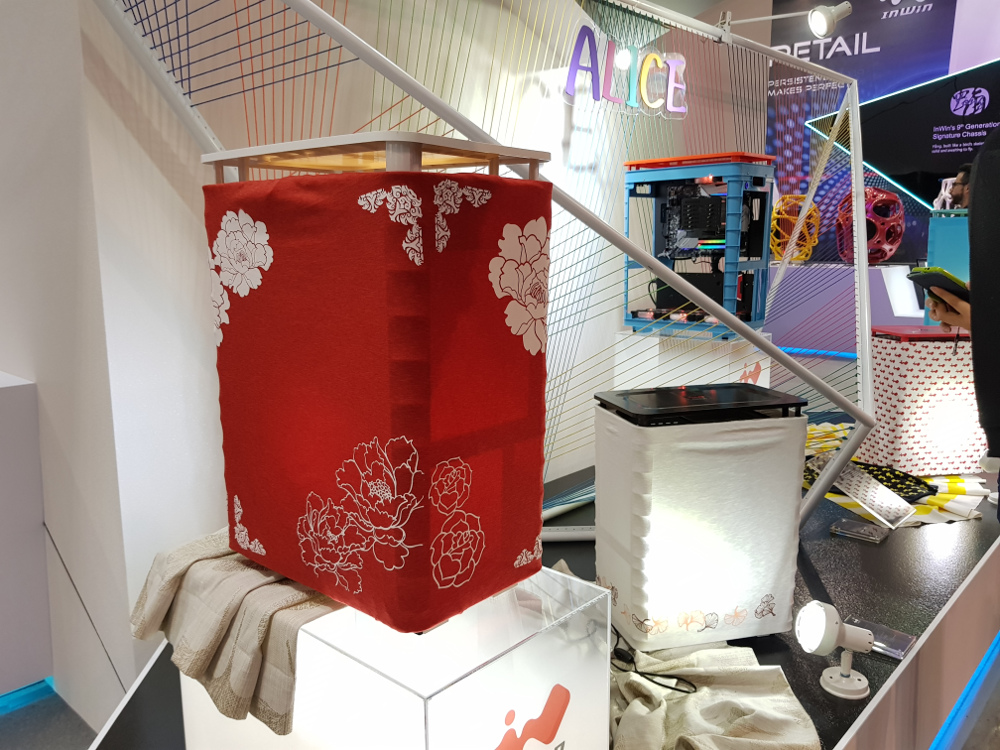 Also from Inwin is this PC case that’s inspired by Chinese lanterns. 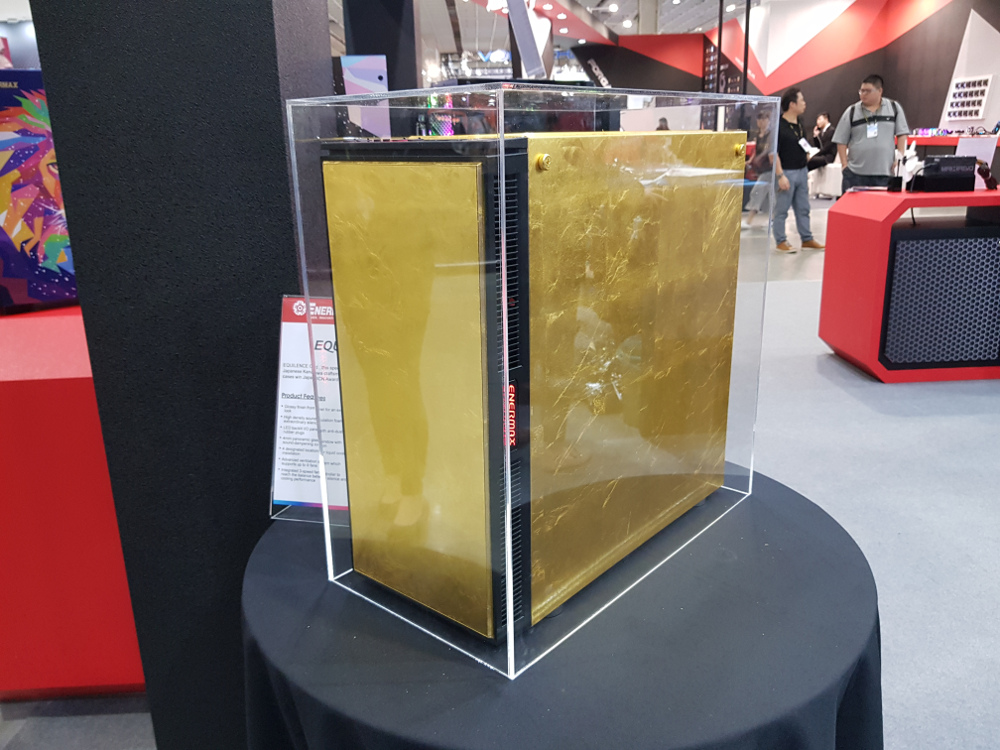 Finally, here’s a PC case that caught our eye from Enermax. Before you ask, yes, this case is gold-plated.

Interested in more Computex content? Check out our quick feature on the new ZenBook Pro Duo, as well as ROG’s new Computex lineup which includes a 240Hz portable gaming monitor.