The highlights of the Bethesda E3 2019 showcase

In case you missed the Bethesda E3 press conference. 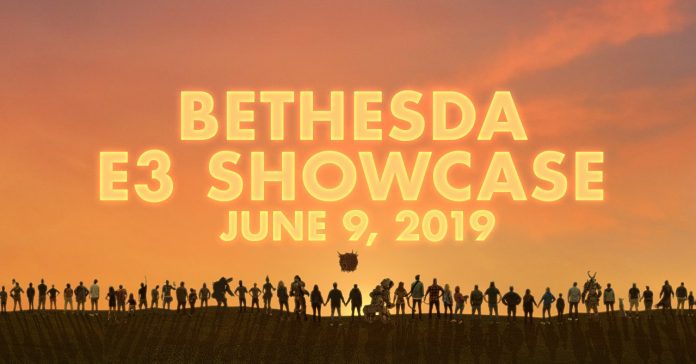 While there was no new trailer (nor any new info) for Starfield and The Elder Scrolls VI, Bethesda’s E3 2019 showcase still featured a number of exciting games coming to PC and consoles soon. At their conference, Bethesda also shared upcoming updates to a couple of existing titles.

If you weren’t able to watch Bethesda’s E3 showcase earlier today, here are the highlights that you missed:

Set two decades after the events of The New Colossus, Wolfenstein: Youngblood is the latest entry to the Wolfenstein franchise, and it features the two daughters of B.J. Blazkowicz — Jess and Soph. Players will be able to play the game’s campaign as either of the two characters, or in a co-op mode with another player. Youngblood releases on July 26, 2019.

Bethesda also showed a new trailer for DOOM Eternal, and it’s just as insanely gory as ever! Fans of the DOOM series should watch out for this game when it releases on November 28, especially as it features interesting new game modes such as ‘Invasion‘ where other players can join another’s single-player run as a demon.

From Shinji Mikami (of Resident Evil and The Evil Within fame) comes Ghostwire: Tokyo, an upcoming action-adventure game with horror elements. While the trailer only showed cinematics, the game promises to be another interesting and atmospheric work from Mikami.

Another interesting game coming soon from Bethesda is DEATHLOOP, the next game from Dishonored developer, Arkane Studios. As the title implies, DEATHLOOP seems to have an interesting respawn mechanic, though we’ll have to wait for more info on the game in the future, given that the trailer didn’t show off any gameplay footage.

Fallout 76 not having a great release is an understatement, but it’s a pleasant surprise to see that Bethesda is still working on game updates, and being rather transparent at that (cough Anthem). The upcoming Fallout 76 free update is bringing a 52-player PvP Battle Royale mode to the game.

Released on mobile as an early access title earlier this year, The Elder Scrolls: Blades has been announced for the Nintendo Switch as well. For players of the mobile version, progress can be switched over to the Switch version.

Rage 2: Rise of the Ghosts

Realeased last month, RAGE 2 is getting its first major DLC expansion — Rise of the Ghosts. This DLC is coming later this year.

- Advertisement -
Previous articleThe biggest stories of the Microsoft E3 2019 conference
Next articlePlay All You Want! A 24-Hour Gaming Marathon is Coming This June