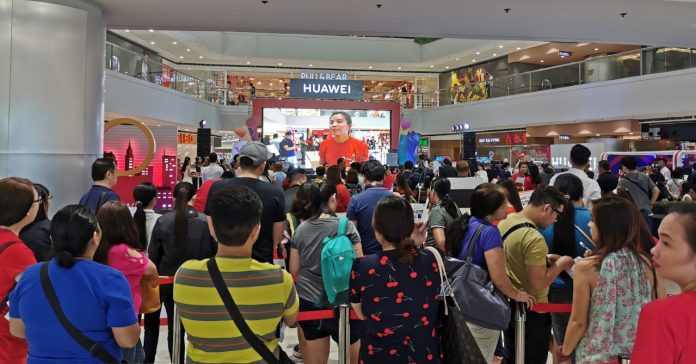 Despite the negative press that Huawei got these past few months, it seems that the brand is still holding as strong as ever. During the the first day of release, hundreds upon hundreds of people queued up to get their hands on their own Huawei Y9 Prime 2019, so much so that Huawei got over PHP 200 million in sales in just two hours. 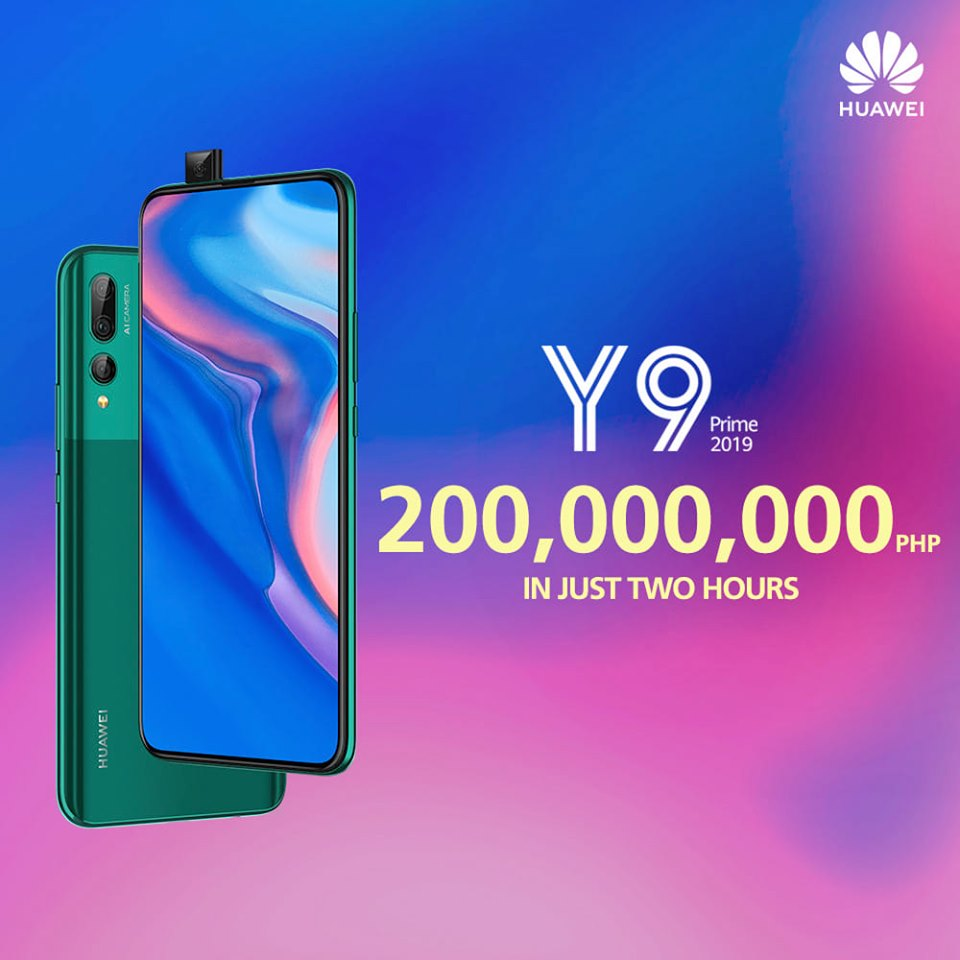 Don’t believe us? Check the photos below:

The success of the Y9 Prime 2019 is not a surprise, especially considering the value that the phone provides. As we mentioned in our previous articles, the Huawei Y9 Prime 2019 is backed by a Kirin 710F processor, 4GB of RAM, a triple rear-camera setup, a 16MP pop-up selfie camera, and an all-screen FHD+ display. 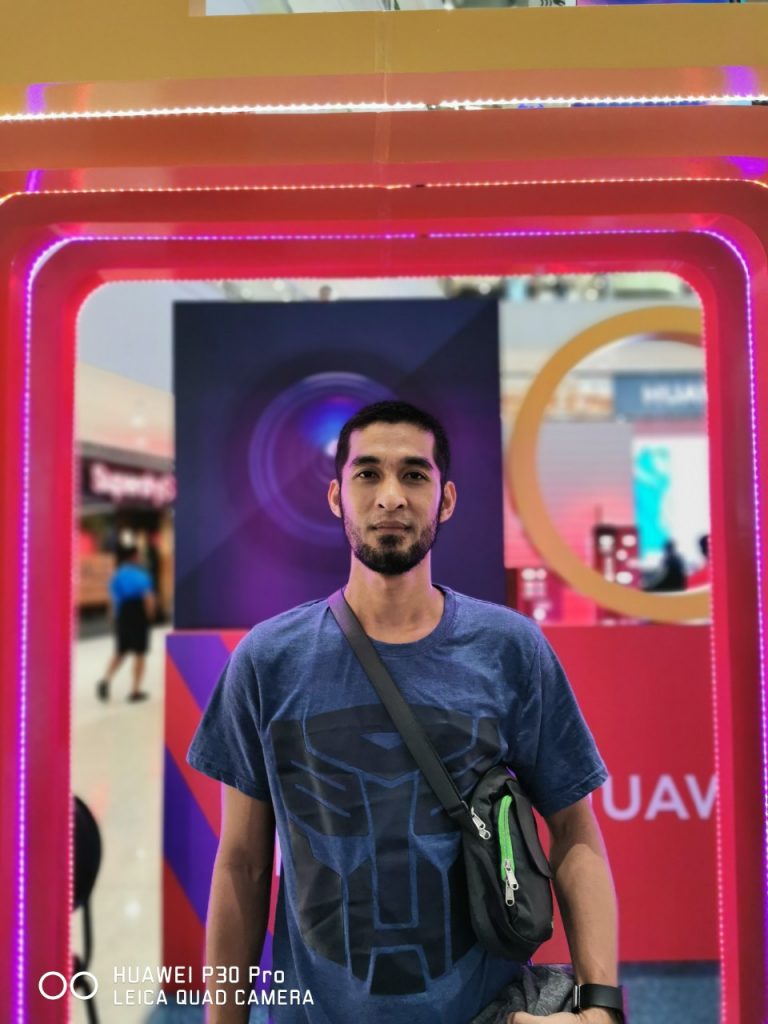 Thanks to its specs and display, the Y9 Prime 2019 is an ideal for gaming and important for loyal Huawei user, Allan Rogayan, one of the first to get their hands on the Huawei Y9 Prime 2019. 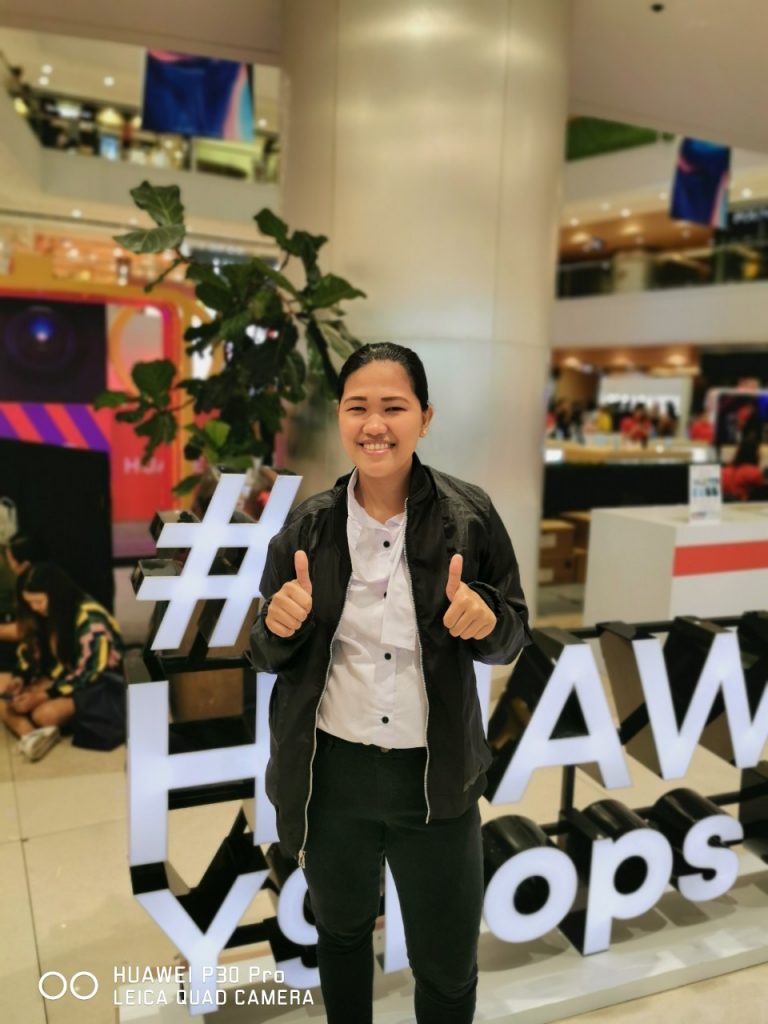 Another first-on-the-scene customer, Maribel Sare, notes that for the price of just under Php 13,000 pesos (SRP at Php 12,990). She loves the fact that the phone has a triple-cam setup and 128GB internal storage — enough for her to put a lot of images and store important moments on her phone. 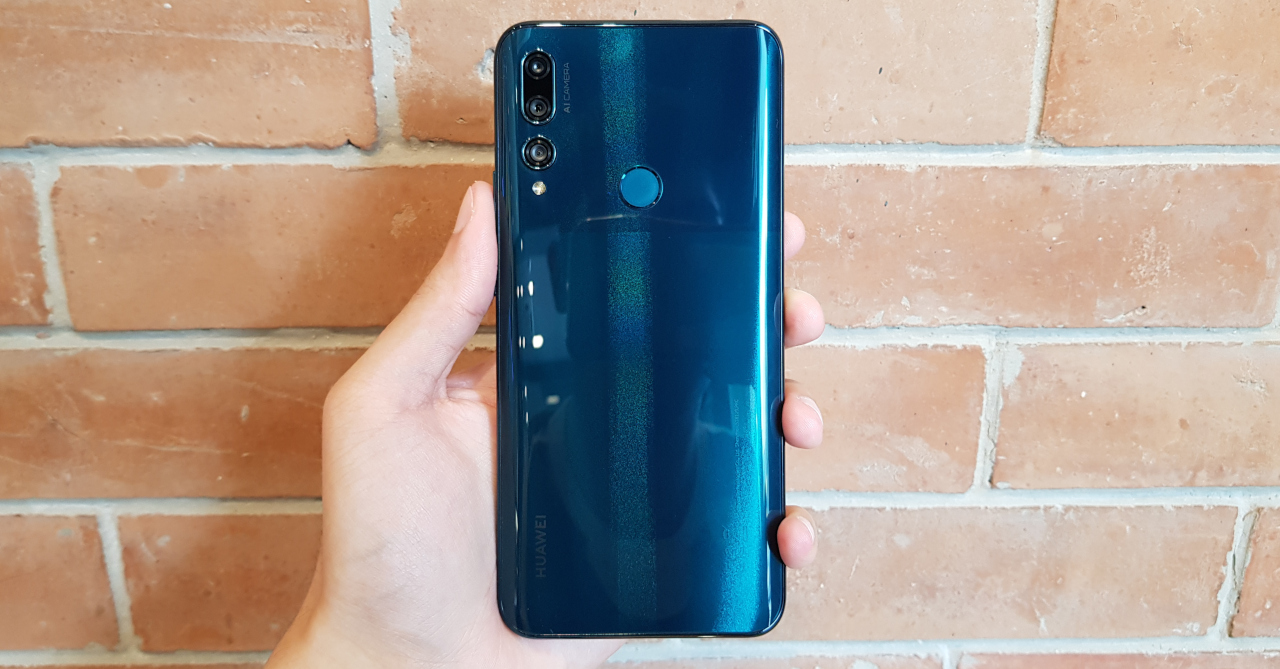 There’s a lot to like about the Huawei Y9 Prime 2019, in our comparative features, we noted how the unit can, more or less, go toe-to-toe with phones that are waaay above its price point (anywhere from 15k to 20k) and easily beat out phones that stand along theirs. Also, for a low-midrange (I still consider this as an entry-level phone, though), the Huawei Y9 Prime 2019 is rocking a type-C USB port. A TYPE C! What a time to be alive! 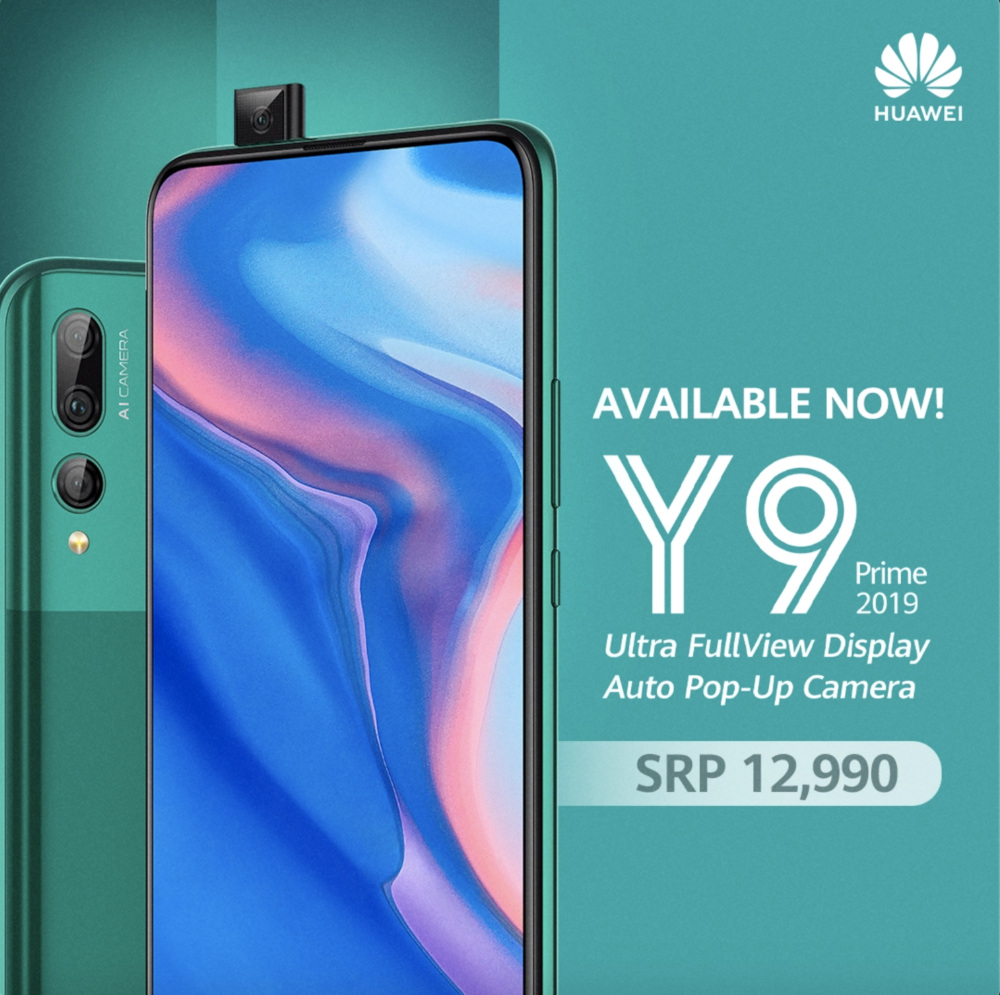 The Y9 Prime 2019 retails in all Huawei Experience Stores and partner retailers nationwide. Threre will also be more roadshows for the phone at soon at SM Cebu, SM Marilao and SM Sta. Rosa.

If you want to check our unboxing of the Huawei Y9 Prime 2019, here’s a quirky video below:

Unfortunately, I don’t think you can get your hands on the Bluetooth speaker now, unless you pre-ordered the phone before.

- Advertisement -
Previous article
The Huawei Y9 Prime 2019 is available in the Philippines starting today
Next article
RUMOR: Luigi’s Mansion 3 releases on the Switch this October