The battle of the new mid-rangers! 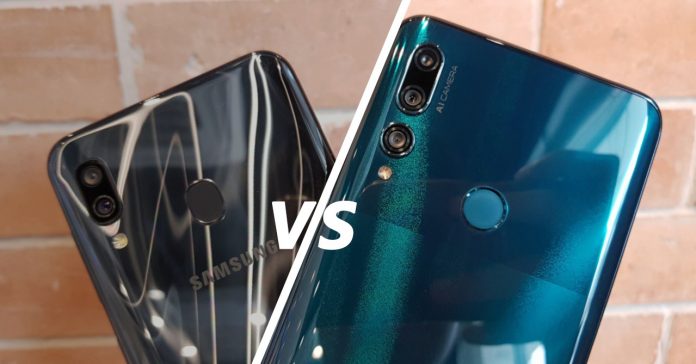 A few months ago, Huawei and Samsung battled it out in the flagship segment with their P30 and S10 lines. Now, the tech giants are facing off once again, this time in the mid-range. Huawei recently released the mid-range Huawei Y9 Prime 2019, the brand’s first smartphone with an auto pop-up front camera. Price-wise, the Y9 Prime 2019 is very much a direct competitor to the Samsung Galaxy A30, a phone that we reviewed recently. 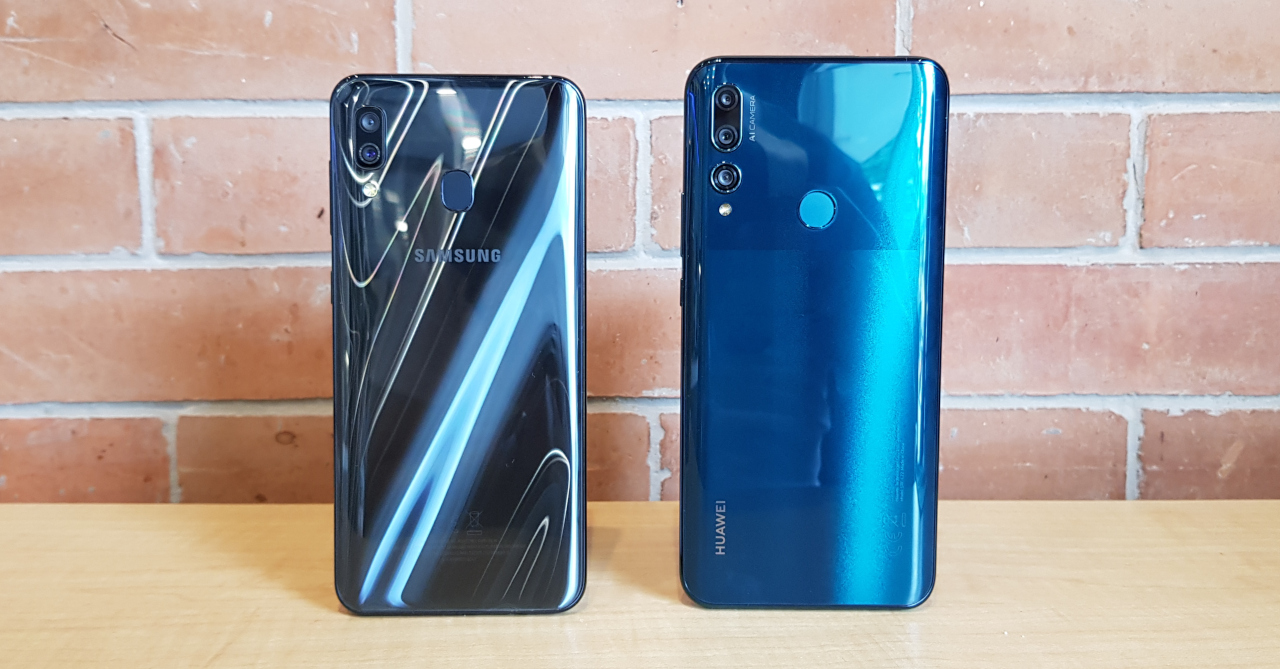 Aside from price, both phones have eye-catching designs, large displays with thin bezels, and multi-rear camera setups (each with ultrawide angle cameras). If you’re in the market for a new sub-15k PHP smartphone, it might seem difficult to pick between the Huawei Y9 Prime 2019 and the Samsung A30; after all, they have rather similar feature sets.
With that in mind, we decided to do a showdown between Huawei and Samsung’s newest mid-rangers. Let’s begin!

Both the Huaei Y9 Prime 2019 and the Samsung A30 have premium-looking glass-like backs, but the Y9 Prime 2019 has a more understated and unique finish. The A30 meanwhile, looks flashier, especially when light hits the back. The Y9 Prime and the A30 are equally good-looking from the back, what’s better between the two will depend on each user’s preference. 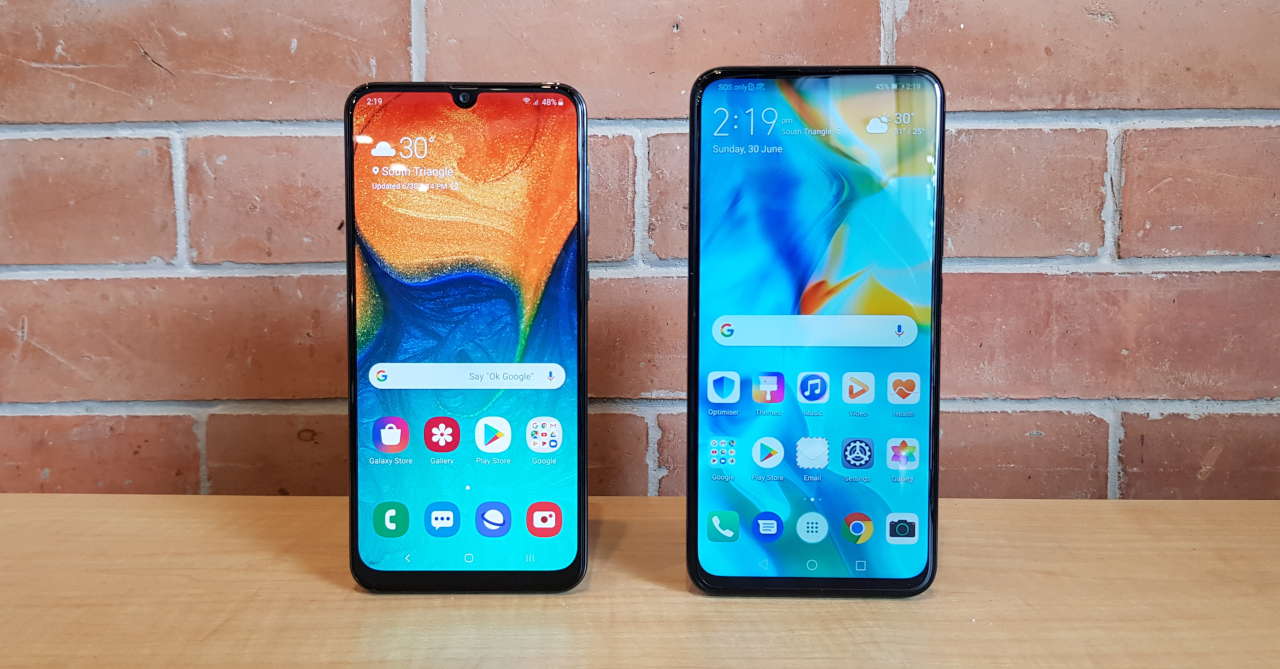 The front is a different story, though. Thanks to the pop-up camera, the Huawei Y9 Prime 2019 has no notch in sight, making it look more “all-screen” than the Samsung A30, which has a small notch for the selfie camera. Even if both phones are lookers, the notchless design gives the Y9 Prime 2019 an edge in the looks department.

The Huawei Y9 Prime 2019 packs a large 6.59-inch FHD+ IPS display, and it’s pretty good for binge-watching, especially because of its large size. Even with its big screen, the fact that the phone has an FHD+ resolution means that video output is plenty sharp. The Y9 Prime 2019’s onboard speakers are of good quality for a mid-ranger, though headphones are recommended for movie/series viewing.

While it may be slightly smaller at 6.4-inches (and has a notch), the A30’s display is an AMOLED panel. Thanks to its AMOLED display, the A30 produces more vibrant colors and deeper blacks. Plus, the A30’s screen gets much brighter than the Y9 Prime’s display. 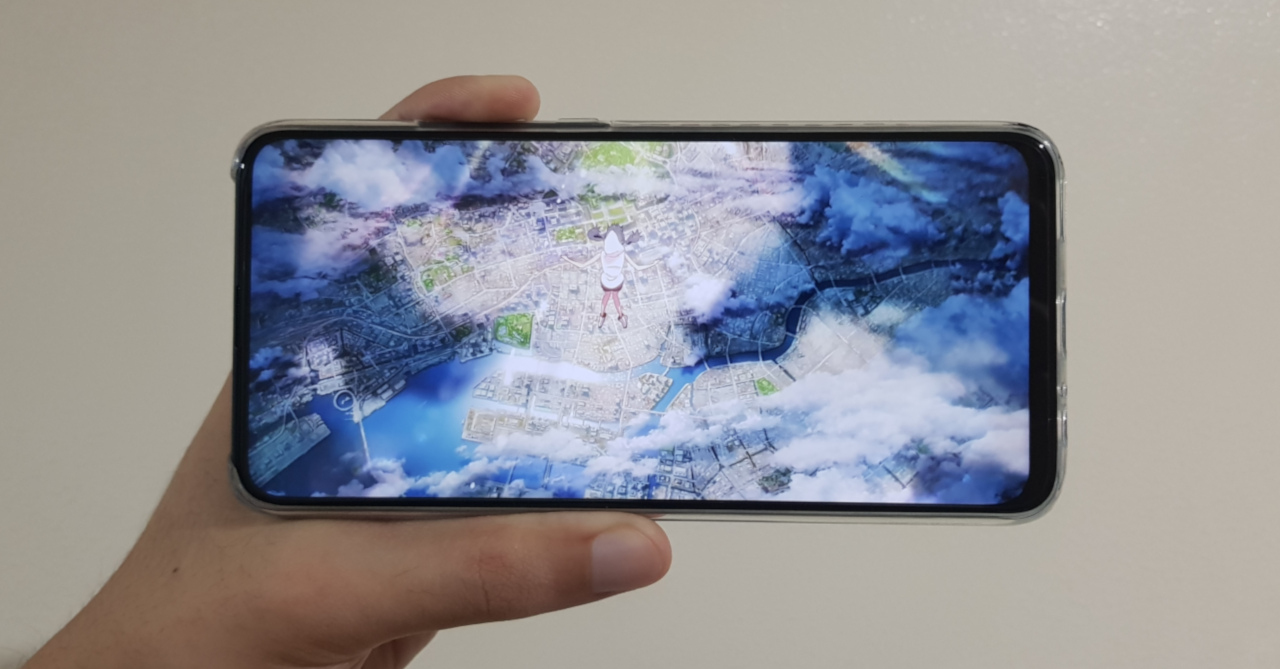 It’s tough to pick a definitive winner for binge-watching. On one hand, the A30 has an AMOLED display which produces more vibrant colors; on the other, the Huawei Y9 Prime 2019 is a much bigger and notchless display, meaning you’ll get a full view display watching experience. Personally, I’m inclined to pick the bigger screen (as I prefer more screen real estate for mid-range phones), but overall, both phones are a good match for binge-watching.

The Huawei Y9 Prime 2019 packs a Kirin 710F processor paired with a Mali-G51 MP4 GPU. While it’s not exactly a new combo (given that last year’s Nova 3i also had similar specs), the Kirin 710F and the Mali-G51 still proved decently capable for gaming. On the Y9 Prime 2019, PUBG Mobile and Mobile Legends defaulted on Medium, and both were plenty playable on those graphics settings. Unless you need to play games at max, the Y9 Prime 2019 is a decent pick for gaming.

The Samsung A30 meanwhile, packs an Exynos 7904 CPU paired with a Mali-G71 MP2 GPU — a graphics unit that’s more powerful than the G51 MP4 on paper. In my tests though, the G71-equipped A30 had roughly similar gaming performance to the Y9 Prime 2019. Like the Huawei mid-ranger, PUBG Mobile and Mobile Legends defaulted on Medium on the A30.
While gaming performance is neck-and-neck, the Huawei Y9 Prime 2019 had the edge when it comes to switching from gaming to the home screen or another app. It may not be as smooth as a flagship, but the Huawei mid-ranger doesn’t slow down much when switching between a game and an app, or going to the home screen. The A30 meanwhile, stutters when going to the home screen while in the middle of gaming.

Using the main camera on both phones, the Huawei Y9 Prime 2019 and the Samsung A30 take outdoor daytime images of similar quality. The only real difference is in colors; the A30’s shots have slightly warmer tones and more vibrant colors. For indoor shots though, the Y9 Prime takes sharper and more detailed images.

As mid-range phones, the Y9 Prime 2019 and the A30 didn’t do that well for nighttime photography. Much like in the daytime test, both phones produced images with similar quality, the only difference being the colors.

On the ultrawide, the A30’s 5MP camera takes wider shots, but at the cost of sharpness and detail. The Huawei Y9 Prime 2019’s 8MP ultrawide camera captures more detailed wide-angle shots, though both do suffer in nighttime photography.

For portrait shots, the Y9 Prime 2019 is the clear winner thanks to its dedicated depth sensor. Portrait shots with the Huawei are better, especially given that the subject in A30 portraits tend to lack sharpness. There’s also the fact that the A30 requires a face for the portrait mode to work; the Y9 Prime 2019 doesn’t have that limitation.

The Samsung A30 does win in selfies though. Selfies on both phones may have similar level of detail, but the A30’s front camera produces slightly more natural-looking images.

The Huawei Y9 Prime 2019 could game decently well, so it’s no surprise that it’s a great phone for everyday use. I experienced no slowdowns during my time with the phone when using social media and productivity apps. Other great things about the Y9 Prime 2019 are its large 128GB internal storage and its Type-C port (as other mid-rangers still come with microUSB connectivity). Battery life of the phone is also great as it can easily last over a day thanks to its 4,000mAh battery. The only thing missing from the Y9 Prime 2019 is that it does not come with a fast-charger inside the box.

As for the Samsung A30, the mid-ranger comes with an adaptive fast charger in the box, a convenient feature given it also has a large 4,000mAh battery, letting it last for over a day as well, all while being quicker to charge. Plus, it also comes with a Type-C port too.
While it wins out slightly in charging, the A30 just doesn’t perform as well as the Huawei Y9 Prime 2019 in everyday use. While the Y9 Prime 2019 ran without a hitch, I experienced slowdowns on the A30, especially when switching between apps. While it’s still definitely usable, the A30 is just not as snappy as the competition. There’s also the fact that the A30’s internal storage is only 64GB, half that of the Y9 Prime 2019.

The Verdict – Huawei Y9 Prime 2019 is the Clear Winner 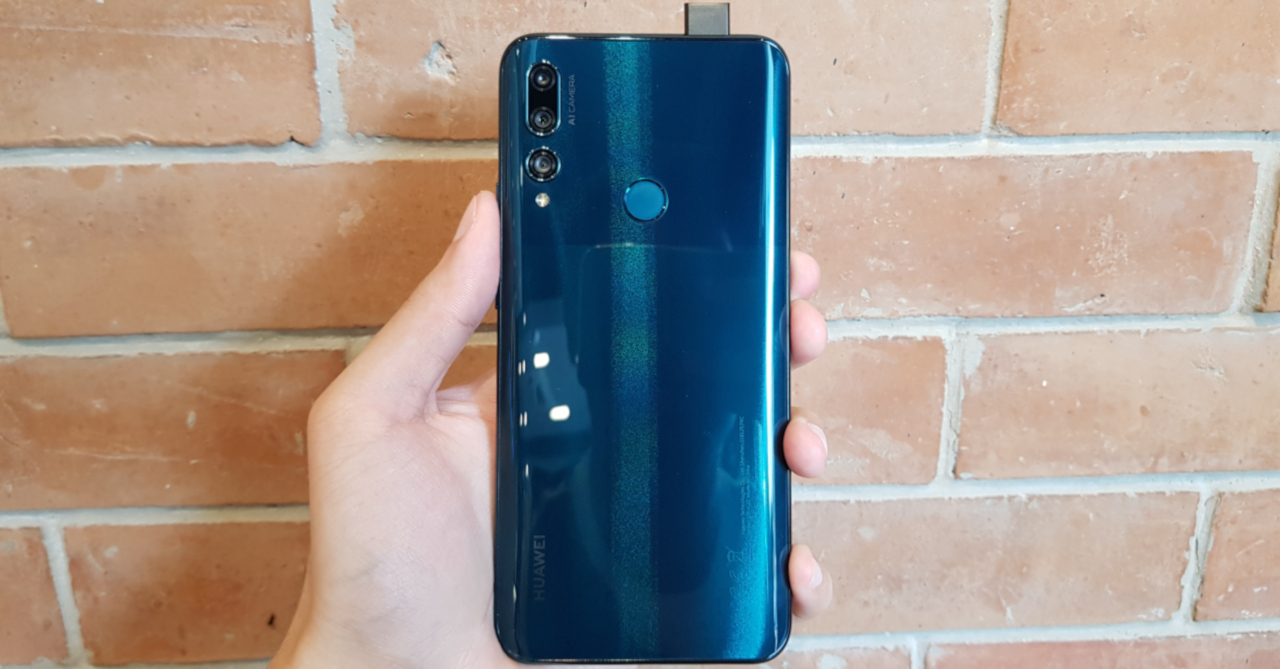 The Huawei Y9 Prime 2019 will be accepting Pre-orders by July 5 and includes a pretty impressive bluetooth speaker as a pre-order bonus. Click HERE for more details.