It looks exactly the same as the first Switch model though. 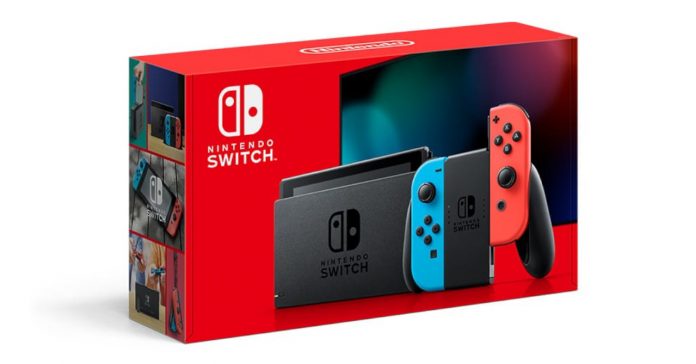 Following the reveal of the Switch Lite last week, Nintendo announced a new Nintendo Switch model with improved battery life. The new model will look exactly the same as the OG Switch, but it appears to have a new, more efficient processor.

The new Switch will have a battery life of 4.5-9 hours on a single charge, much better than the old Switch’s 2.5-6.5 hours. For hardware intensive games such as Legend of Zelda: Breath of the Wild, the OG Switch can only run for around 3 or so hours on a single charge. With the refreshed model, BotW should run for over 5 hours in portable mode.

If you’ve yet to buy a Switch and what to get the new model with improved battery life, the refreshed version has a model number of HAC-001(-01), compared to the old Switch which just had a HAC-001 model number. Another way to spot the new Switch is that it’s box will look like the one in the tweet above.

While the new Switch refresh is certainly welcome, we do hope that Nintendo has improved the new model’s Joy-Cons, especially considering that an increasing number of users have been experiencing Joy-Con drift on their old model Switches.