Complete with all Spider-Man DLC! 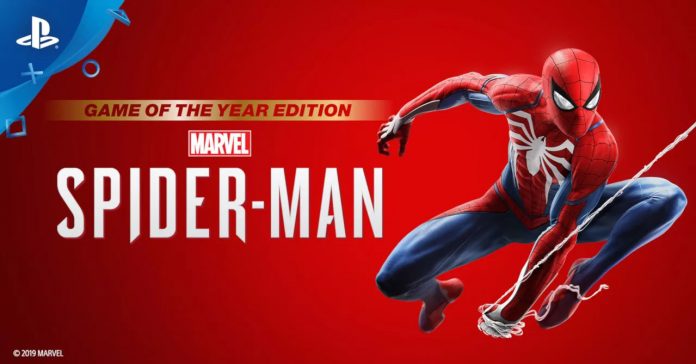 Released last year, Marvel’s Spider-Man on the PS4 was a massive hit, both critically and commercially. In fact, the game has now sold over 13.2 million copies; impressive, especially considering it’s now only less than 2 million away from becoming the best-selling PS4 game of all time.

If you’re one of those gamers who have skipped out on this incredibly fun superhero game, now you have no reason not to play it! PlayStation recently announced the Game of the Year Edition of Marvel’s Spider-Man. As with most GOTY editions, this release will include the base game along with the three-part City That Never Sleeps DLC pack.

The announcement of Marvel’s Spider-Man GOTY Edition comes just over a week after Sony officially acquired Insomniac Games (Spider-Man’s developer). Thanks to the massive success of the game, we’re willing to bet that Sony and Insomniac will team up with Marvel once again for a sequel; or maybe even another game featuring a different Marvel superhero.

Marvel’s Spider-Man Game of the Year Edition is available now in the PlayStation Store, as well as in leading video game retailers in the Philippines.

Want to know more about Marvel’s Spider-Man? Check out our review of the hit PS4 exclusive here: