Are your wallets ready? 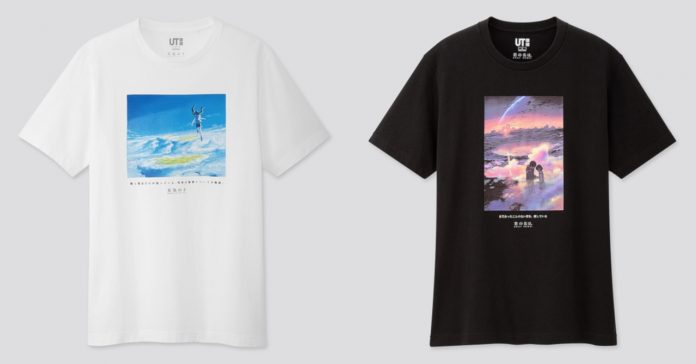 Ready your wallets folks! Revealed early last month, Uniqlo’s upcoming “Makoto Shinkai” UT collection is releasing in the Philippines this month. Uniqlo Philippines recently announced that the graphic tee line inspired by two of Shinkai’s anime films, is releasing in Uniqlo stores in the Philippines on August 19. Before this wide release though, the collection will be made available at the Uniqlo Westgate Alabang store on August 16.

UTs featuring new and celebrated works from Makoto Shinkai. The collection shows the worldview of his movies and…

In case you’re unfamiliar with Shinkai, he is a renowned anime director of the hit anime film ‘Your Name‘ (which became one of the highest-grossing anime films of all time), as well as critically acclaimed movies such as ‘5 cm per second‘ and The ‘Garden of Words.’

The Uniqlo UT collection features seven graphic tees with designs based on two of Makoto Shinkai’s movies, ‘Your Name‘ and ‘Weathering With You‘.

Check out the four ‘Your Name’-inspired t-shirts here:

Meanwhile, here are the three tees with ‘Weathering With You’ designs:

‘Weathering With You’ PH release date moved to August 28