Celebrate 10 years of Borderlands with a month filled with rewards 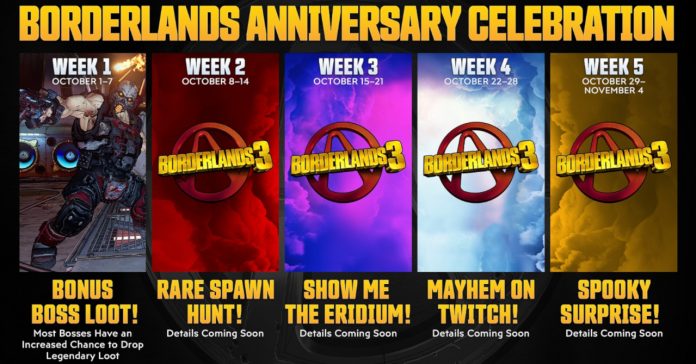 Borderlands 3 quickly became the fastest-selling game in the franchise, but that’s not the only major milestone of the long-running series recently. October marks the 10th anniversary of the Borderlands series, and to celebrate, 2K is giving Borderlands 3 players bonus in-game loot for the whole month!

The Borderlands Anniversary Celebration is a five-week event which is made by 2K and Gearbox Software to show their appreciation for a full decade of support. Best part is, Vault Hunters of all levels can score these bonuses. 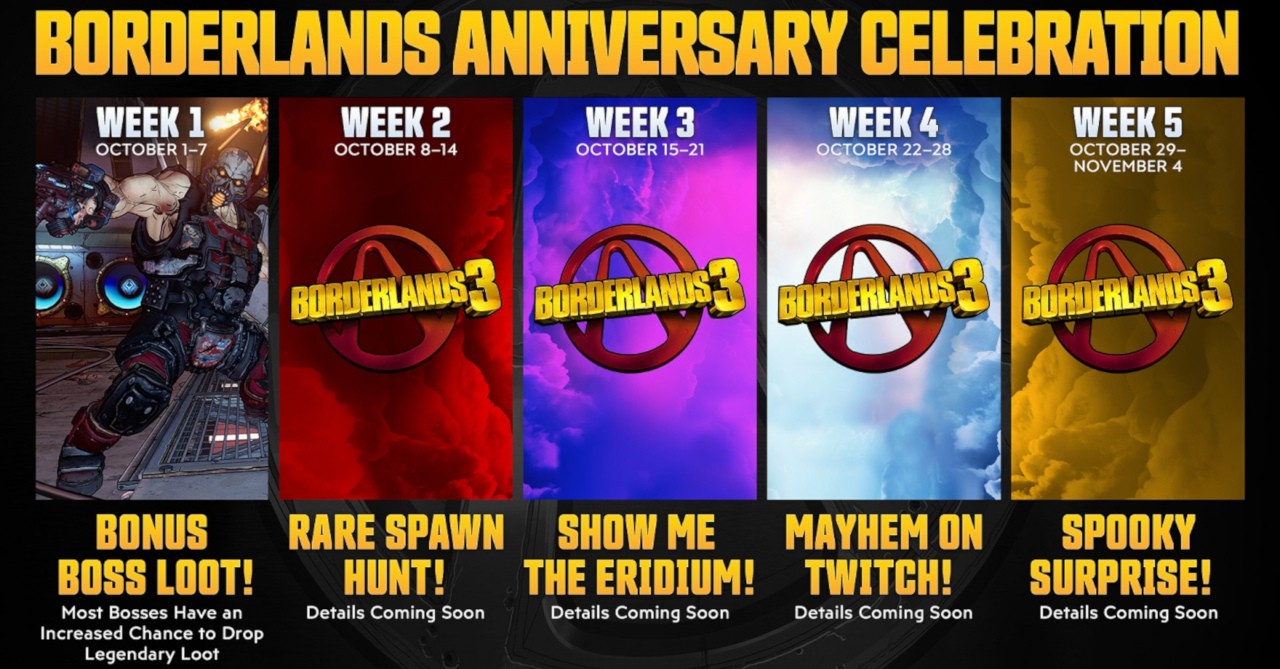 Starting October 1 to November 4, Borderlands 3 players will receive extra in-game loot and bonuses. During the event’s five-week duration, each week will feature a certain theme. With each theme comes different bonuses.

Here’s the list of themes of the Borderlands Anniversary Celebration:

All the bonuses for each week’s theme will be revealed every Monday on borderlands.com, so be sure to check the site!

In case you haven’t gotten Borderlands 3 yet, here’s our full review of the game: