Love landscape photography? This phone is for you! 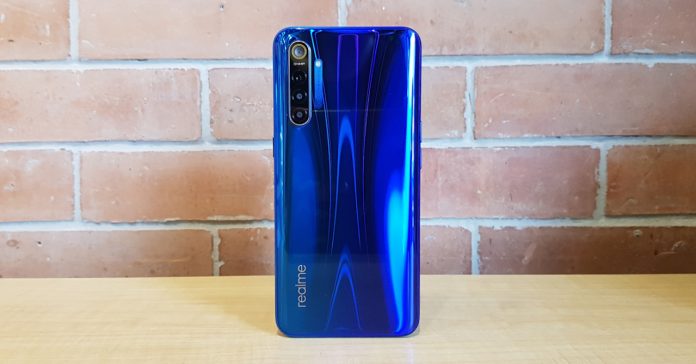 Earlier this month, we reviewed the realme 5 Pro, a mid-range device that’s easily one of the best smartphone deals you can get now. Realme isn’t done yet though as the brand recently launched the XT, its first phone with a whopping 64MP main camera!

Aside from the new main shooter, the realme XT is made with more premium materials such as a glass back, and it has an OLED display instead of a standard LCD screen. While it’s undoubtedly more premium, it shares almost exactly the same internals as the 5 Pro such as the Snapdragon 712 processor. 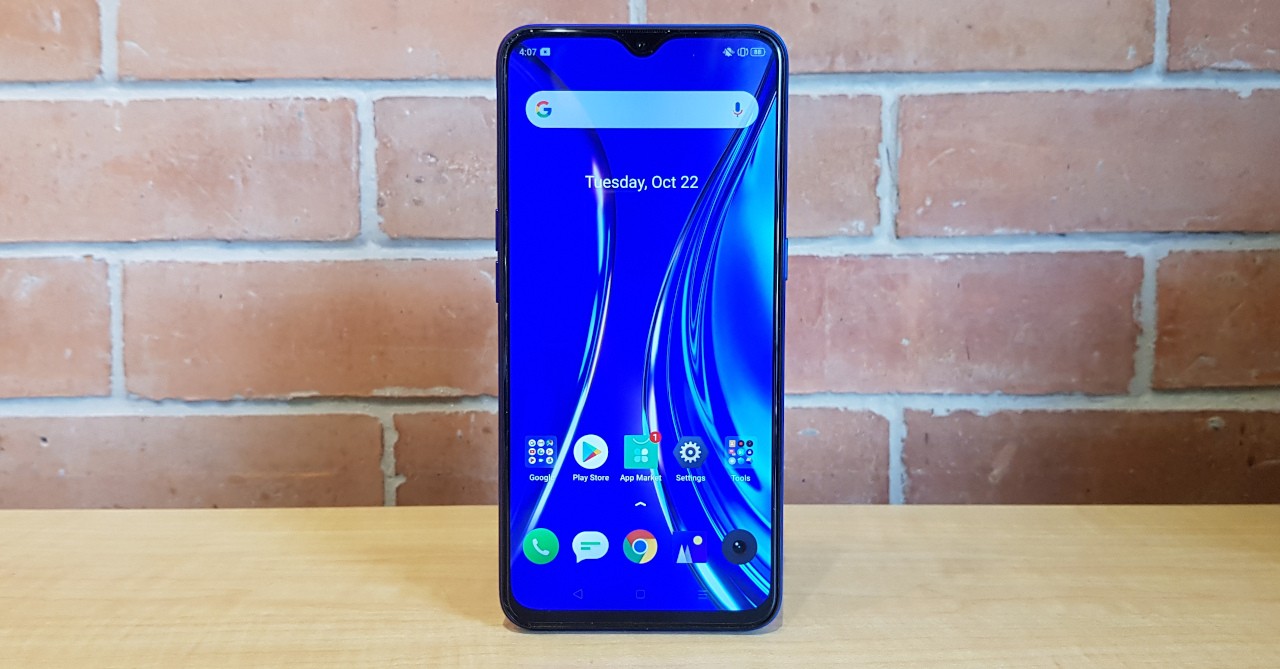 So does the Realme XT’s upgraded main shooter and display justify the jump in price compared to the 5 Pro? We find out here in our full review of realme’s latest mid-ranger! 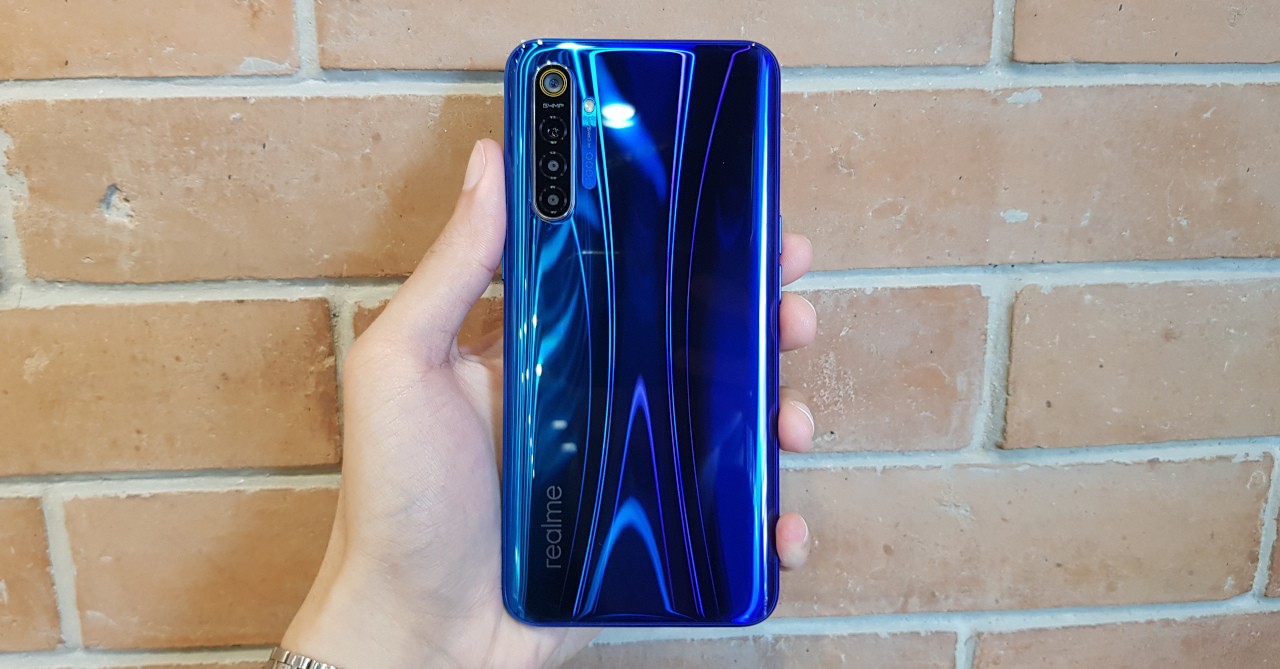 The realme XT may not have the unique “diamond-cut” design of the realme 5 and 5 Pro, but it’s just as much of a looker. The XT’s glass back features an eye-catching design, especially when the light hits it at the right angle. Aside from looking great, the XT also feels nice to hold given the premium materials used in its construction. 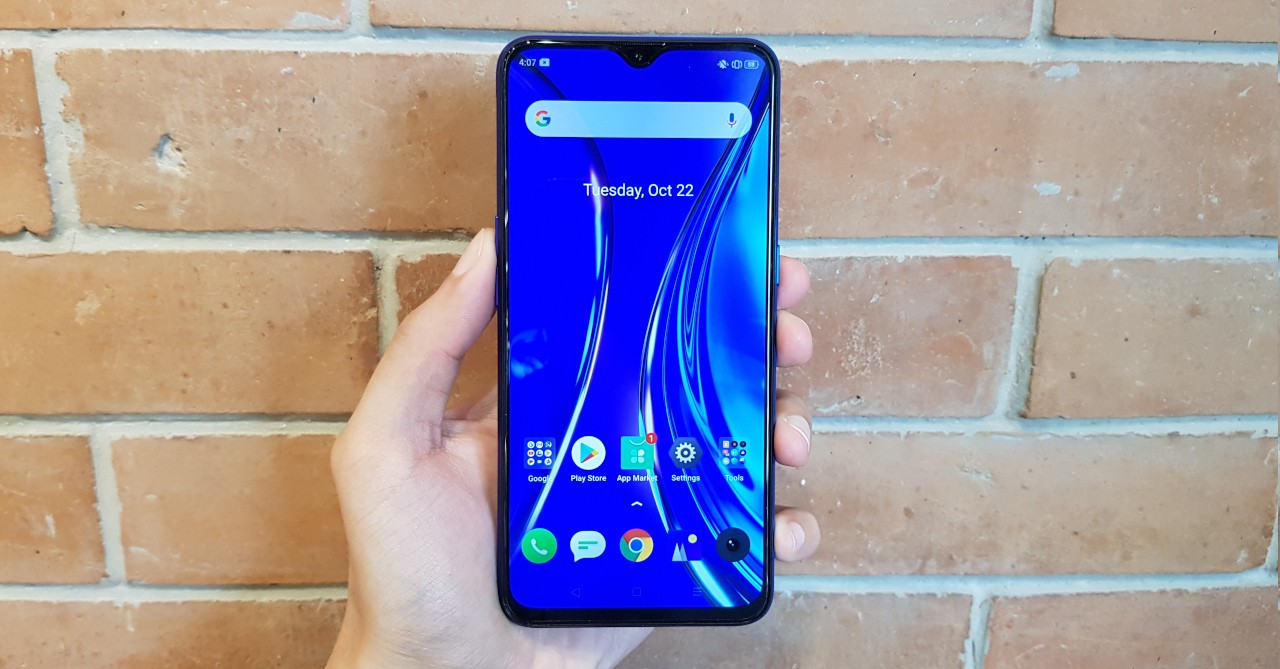 From the front, you’ll see the 6.4-inch display and the small teardrop notch. While it’s only 0.1 inches bigger than the 5 Pro’s display, the XT’s screen looks better as it has a noticeably smaller chin, making for a more “all-screen” display. The XT’s screen also comes with Corning Gorilla Glass 5 protection, meaning it should be well-protected from scratches. 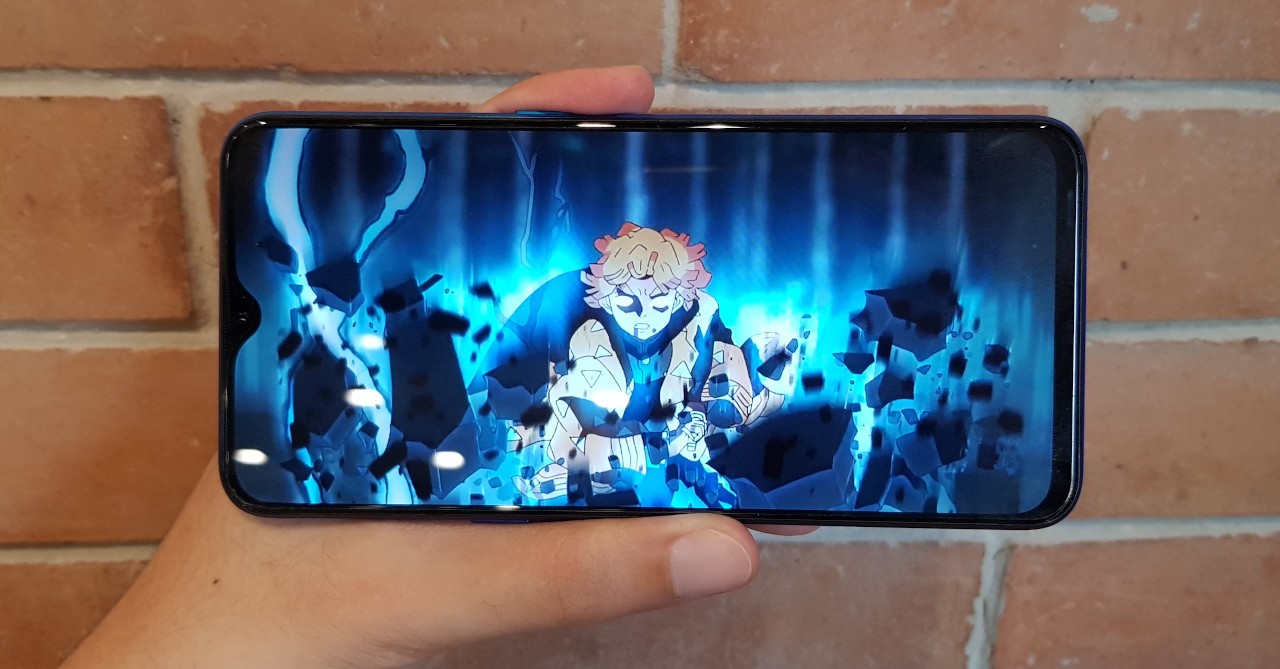 As mentioned above, the realme XT packs a 6.4-inch display with an OLED panel. Thanks to the OLED screen, the XT is an even better phone for binge-watching movies/series compared to the realme 5 Pro (which only has an LCD display). Movies/shows played on the XT are sharp and have vibrant colors, making it an excellent match for phone users who love watching media on-the-go.

The screen isn’t the only thing better about the XT though. The XT’s onboard speaker is also louder, and has slightly better quality than the 5 Pro. If you want to watch a couple of short videos on the XT, you’ll have a good experience using the phone’s speaker. Though of course, headphones are still recommended for longer watching sessions; good thing this phone comes with a headphone jack still. 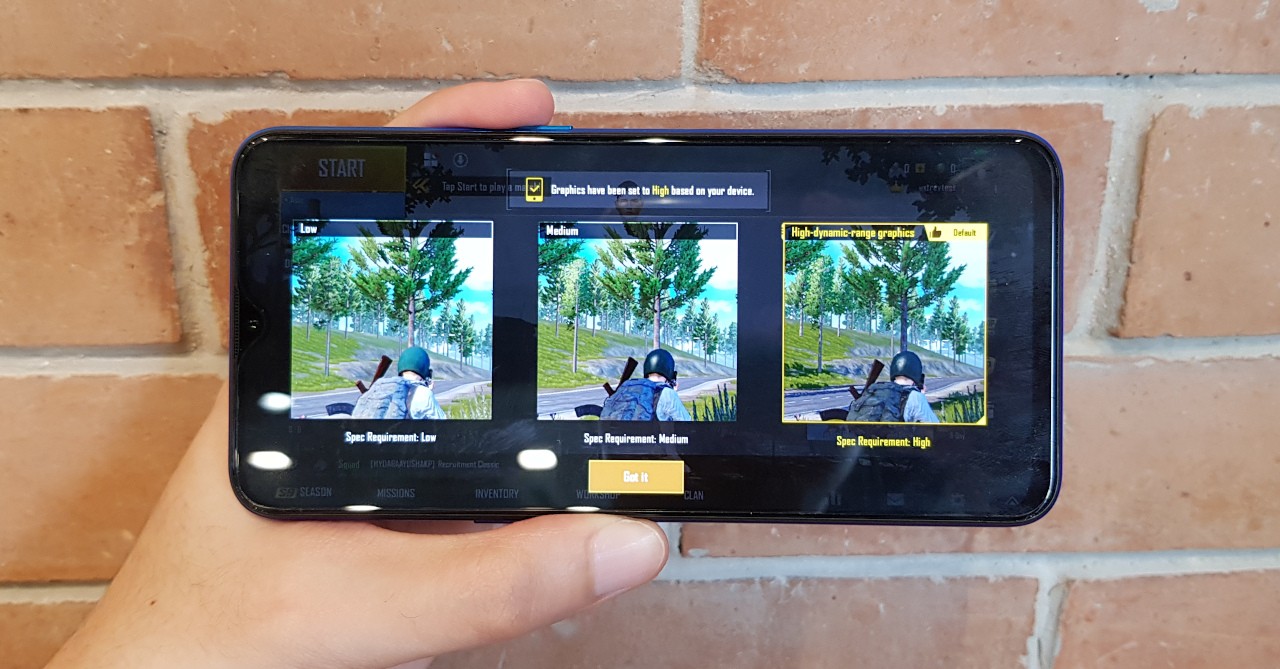 Given that the XT also has a Snapdragon 712 processor + 8GB of RAM, it’s gaming performance is the same as the 5 Pro. This means that the XT is just as good for gaming as the 712 is a capable SoC.

Thanks to its internals, the realme XT is able to run popular mobile game such as PUBG Mobile or Mobile legends on High. More demanding titles should also run without a hitch on the XT, making it a great phone for avid mobile gamers.

For its shooters, the realme XT packs a 64MP F/1.8 main + 8MP ultra-wide + 2MP portrait + 2MP macro quad-rear cameras, with a 16MP selfie shooter at the front. The XT’s camera system is almost exactly like the realme 5 Pro, but it swaps the 48MP Sony IMX 586 with a 64MP Samsung ISOCELL Bright GW1 sensor. So does the 64MP live up to the hype? In a way yes, especially for landscape photography.

If you love taking landscape shots in daytime, the realme XT is the phone for you. Thanks to its new 64MP main shooter, the XT takes gorgeous landscape photos. While it may not seem that big of a jump at first compared to the 5 Pro, there is a noticeable difference when you zoom in.

Even without a telephoto shooter, shots taken with the realme XT can be cropped without much loss in quality for a “zoomed-in” photo. For best results, you can take photos full 64MP shots via the camera app’s “Ultra 64MP” mode. Be warned though, full-size 64MP photos have large file sizes.

The 64MP main shooter is an incredible camera for daytime, its low-light capabilities are pretty good too, though it’s not too far off the 5 Pro in terms of image quality. On auto mode, low-light images turn out fine, but with Night Mode, night shots turn out much better.

The XT’s 8MP ultra-wide produces good shots in daytime, though not so much in nighttime. No surprise there given that the XT’s ultra-wide is the same as the one in the 5 Pro.

Selfies and portraits are of good quality though. Thanks to the dedicated 2MP portrait camera and the 16MP selfie shooter, you’ll be able to take great photos of yourself or of friends that are social media-ready. 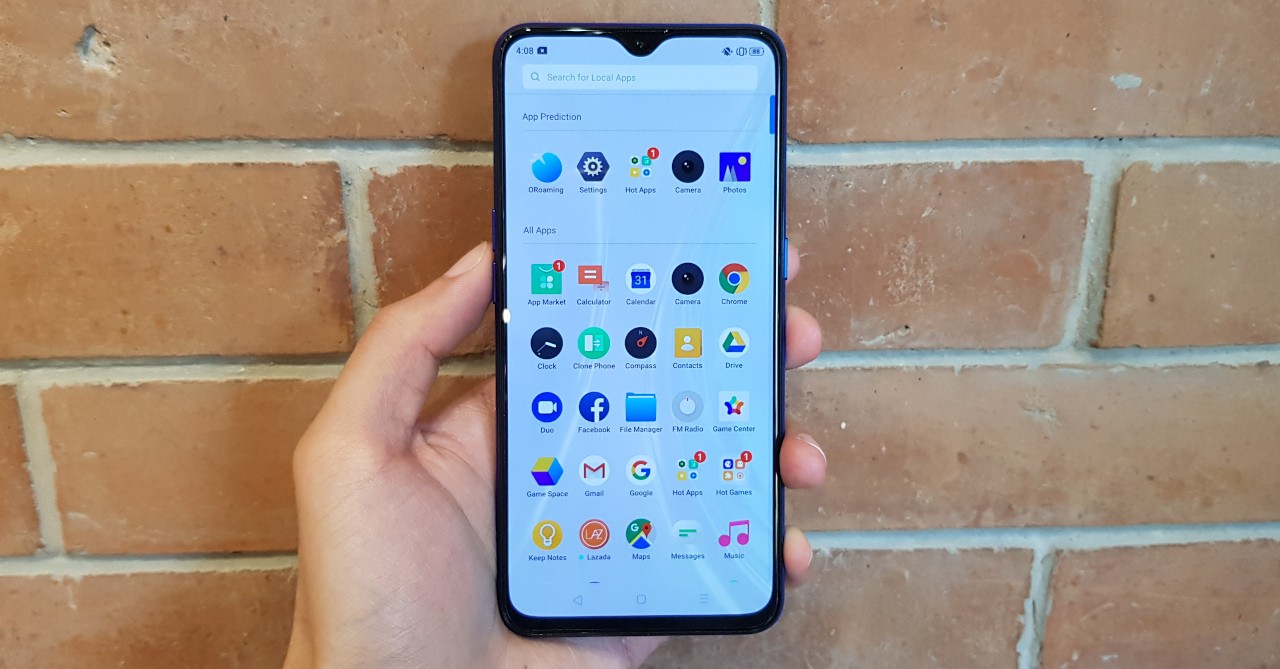 For day-to-day use such as social media, email, and web browsing, the realme XT is a great phone to have. Thanks to its capable Snapdragon 712 processor, general usage is a breeze, with the phone being fast and snappy during my time with it.

Aside from great performance, the realme XT also packs a responsive in-display fingerprint scanner — a premium feature that we’re happy to see in a mid-ranger. The XT also still has a 3.5mm headphone jack (thankfully), as well as a Type-C port for connectivity.

When it comes to battery life, the XT does not disappoint. With its 4000mAh battery, the phone will easily last for a day of use, with some charge to spare. If you do need to charge, you won’t have to wait long as the phone has a VOOC fast charger inside the box. 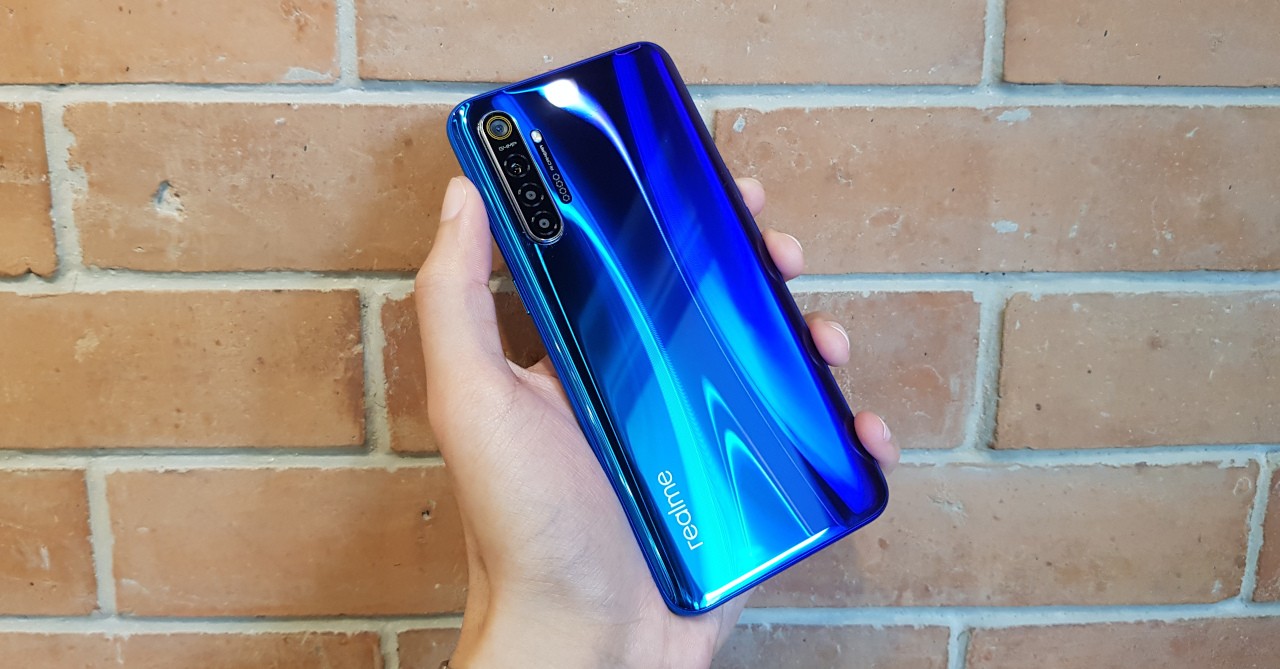 I was already quite impressed with the realme XT when I first got my hands on it two weeks ago. Now, after some time testing it, I can confirm the realme XT is a good mid-ranger, especially considering that it’s basically a more premium version of the realme 5 Pro.

The XT takes what we like from the 5 Pro such as performance and cameras, and it adds more premium features such as an OLED screen, and in-display fingerprint scanner, and an impressive 64MP main camera. Though these features come at a cost — the realme XT is priced at PHP 16,990.

Overall, if you value having a camera that can take amazing landscape shots, and are an avid binge-watcher, the realme XT is worth the bump in price tag.

Interested in the realme XT? The phone is available for pre-order now, with claiming starting on November 9. Each pre-order will come with a free pair of realme wireless earbuds worth PHP 3,499.

The realme XT is basically a 5 Pro but with an OLED screen, an in-display fingerprint scanner, and a 64MP main camera. If you want a premium mid-range device that still won't break the bank, this phone is definitely worth considering. Geek Lifestyle Review: Realme XT