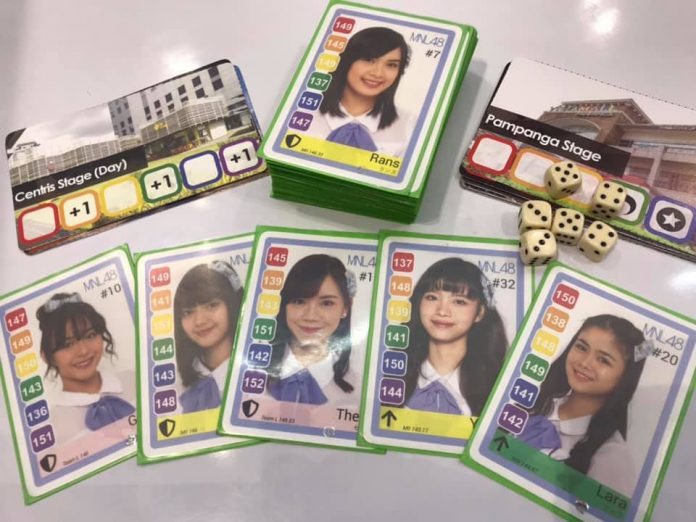 SMX Aura, Coslandia Day 1 – One of the highlights at Coslandia 2019 was the reveal of a new, locally-made tabletop card game based on the girl group MNL 48, tentatively titled “MNL48 Team Shuffle” by publisher Ludus Distributors. 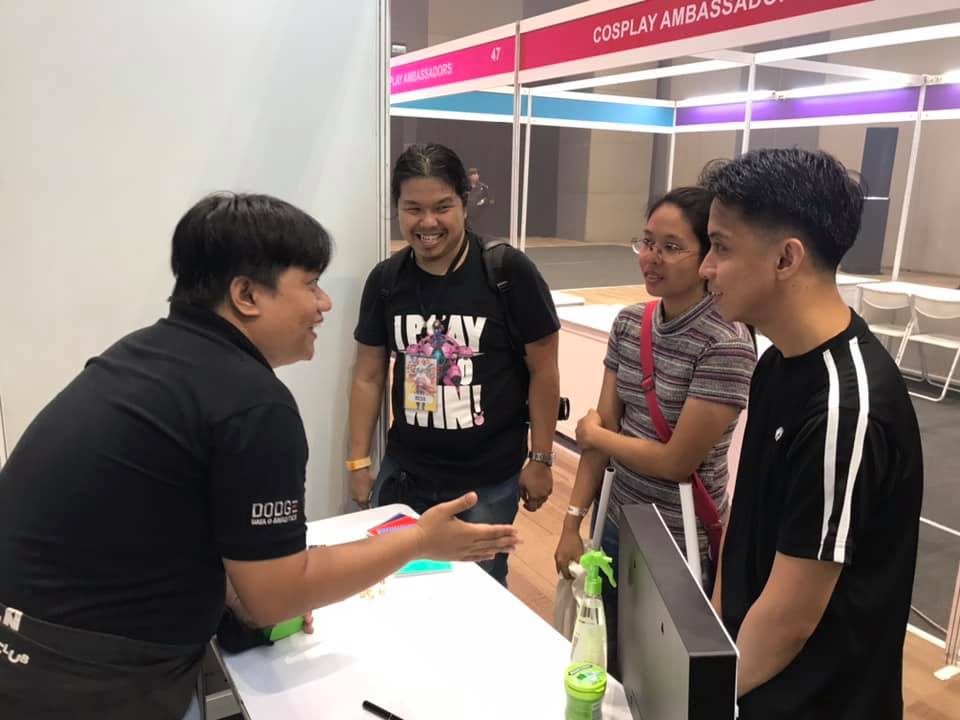 Now my knowledge of anything related to pop music is a bit rusty, but its a different story when it comes to tabletop. I always try to get some games in when I have the chance. Luckily, I caught up with one of the designers, Thomas Regala of Hugot fame who was about to demo a game with the con-goers and, in turn, gave me an opportunity to learn the game. 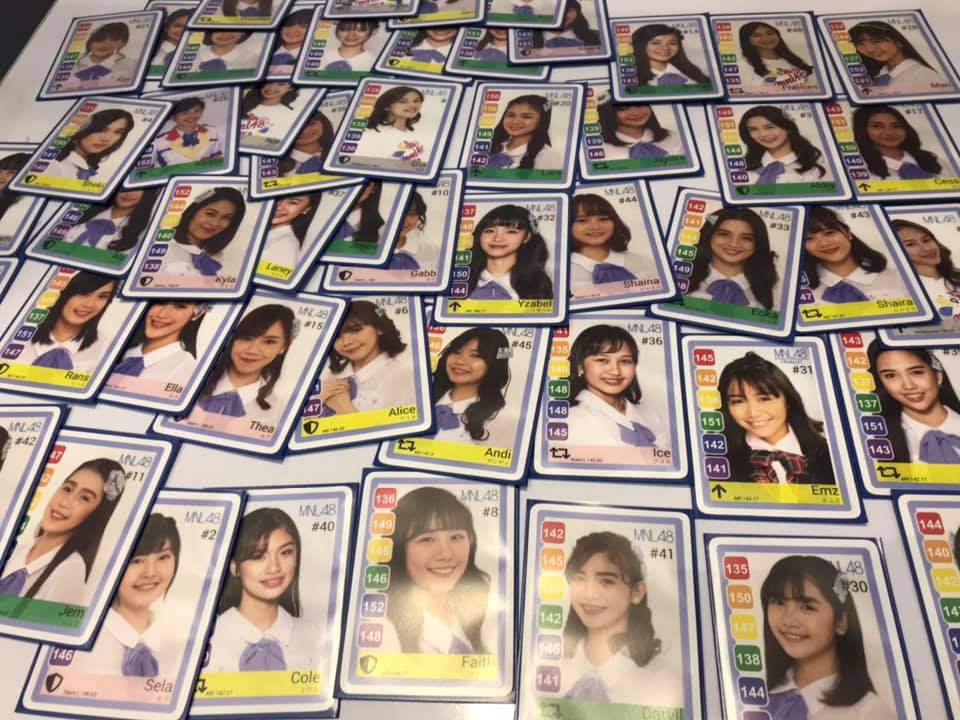 A bit of disclaimer, the game is still in its prototype stages so we can expect that some aspects like design and rules might change during production. You can treat this as an overview of what to expect when the final product hits the game shelves.

At its heart, MNL48 Team Shuffle (designed by Thomas Regala and Ron Villaver) is a card game with drafting and dice-rolling mechanics. The objective is to get the most number of points within a set number of rounds. The game can be played with 3-6 players with an average game time of around 20-30 minutes, depending on the number of players. To get a better idea on the game let’s take a look at the components: 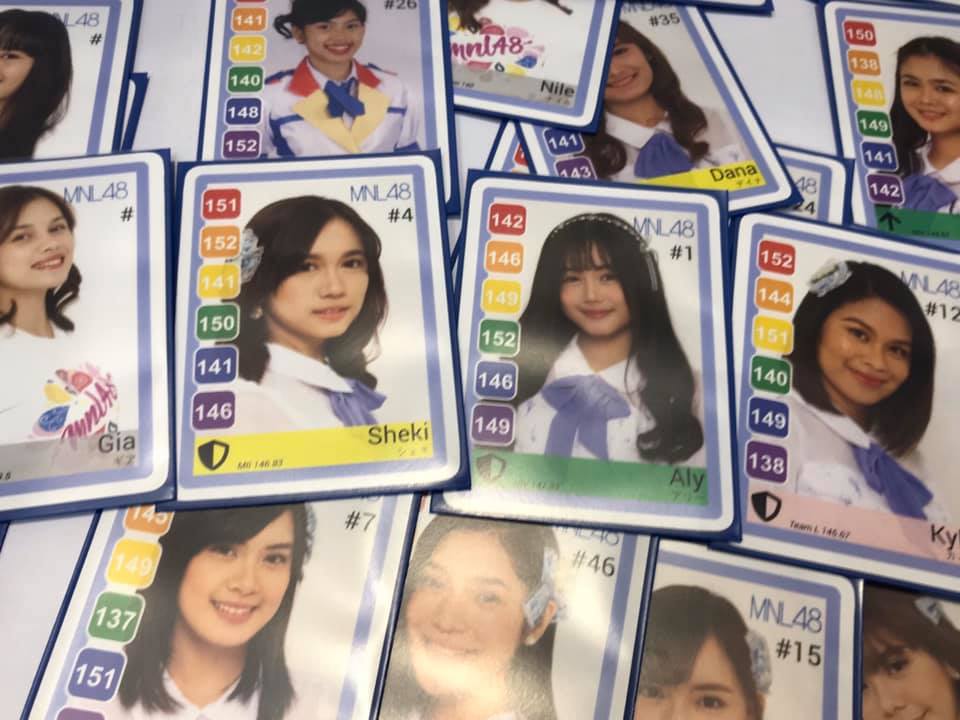 The main attraction of the game are the cards, which individually show all the 48 members of the group (plus 5 idols “in training”, to a total of 53). The cards are categorized into 3 groups, which make up the group’s acronym – M (Yellow) N (Green) and L (Pink). On the left side of the cards are a column of numbers inside colored boxes. I asked Thomas if they represented anything like stats, mood etc., but I was told that they are only numerical and colored values, which will all make sense once you see the Stage Cards. 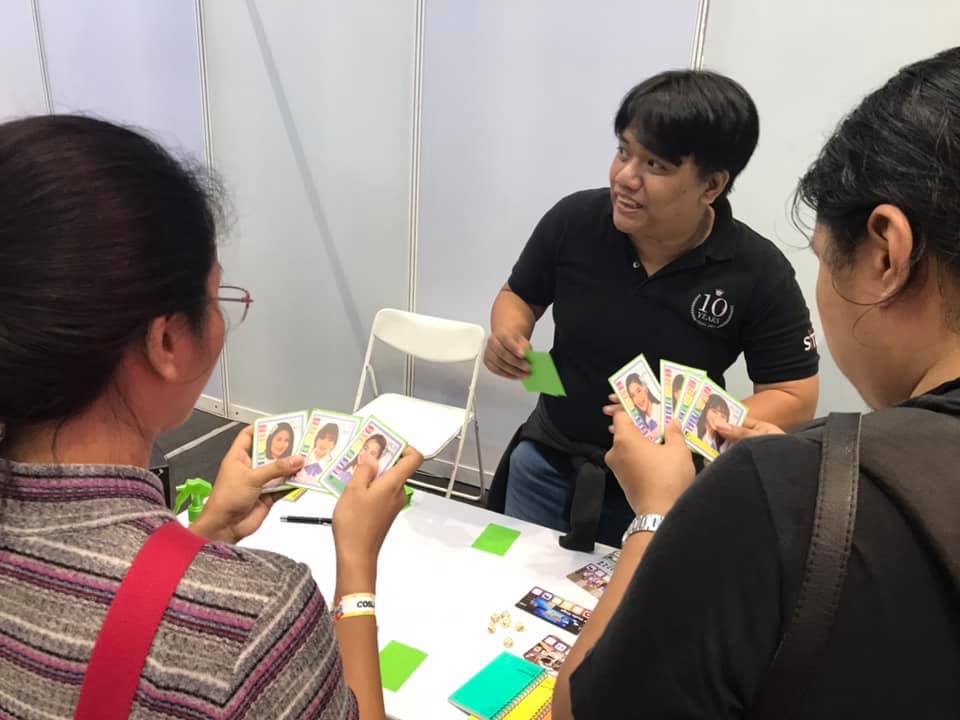 At the start of the game you draft the cards, essentially picking the ones you like (which can be based on a lot of things) and passing the others to the person next to you. Think of it like the 1-2-3 pass game you used to play back in your childhood. 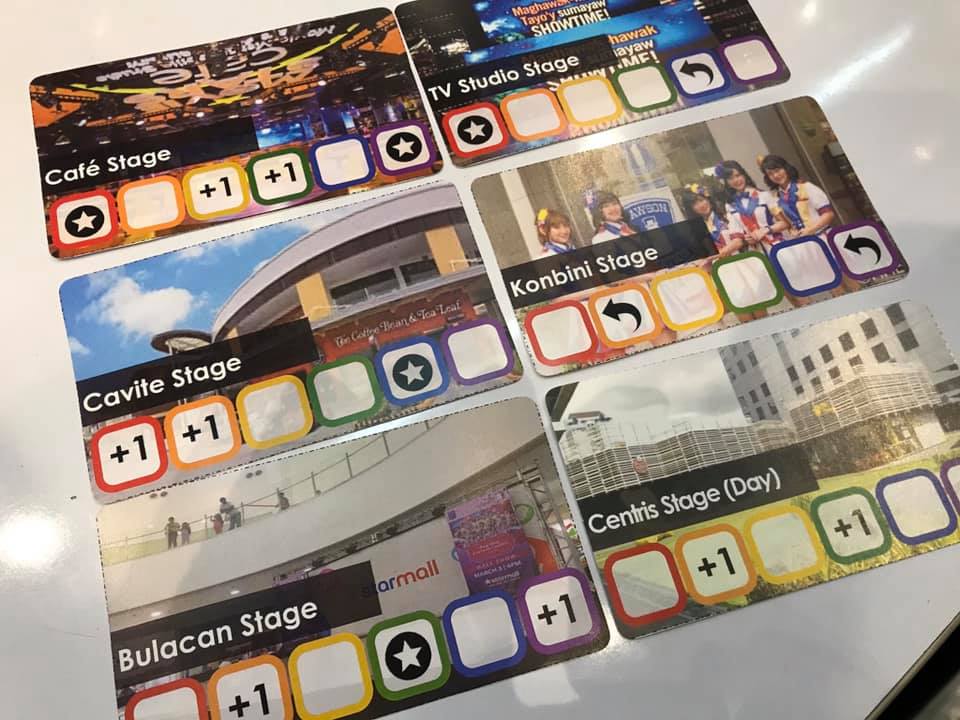 The stage cards are locations where the idols basically “perform”. They are flipped up at the begining of the round by the active player, which is then followed by the roll of a dice. 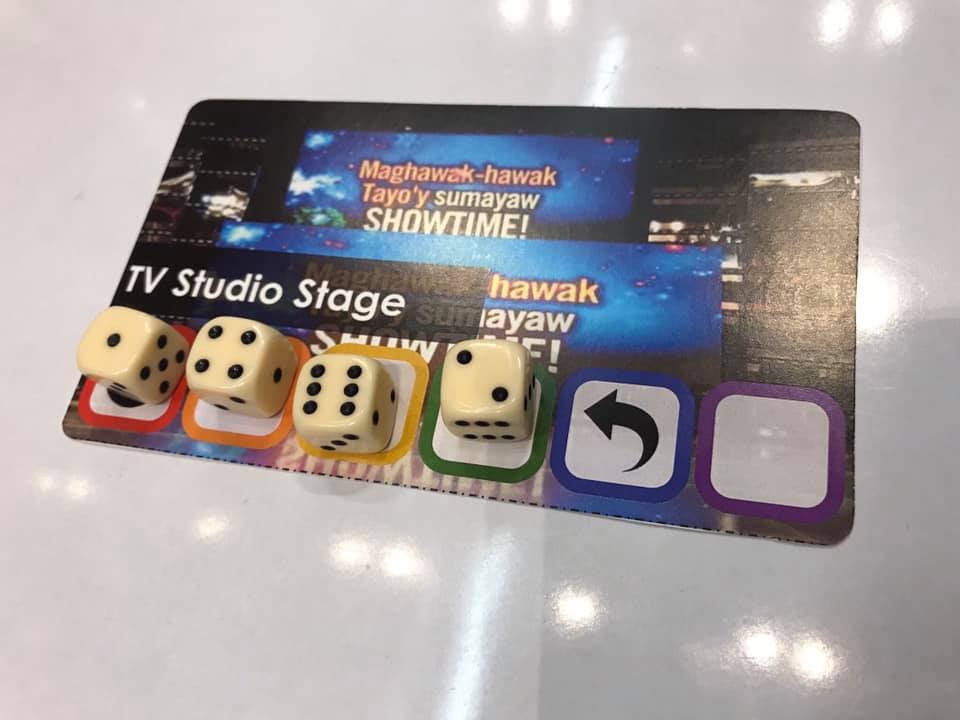 The rolled values are then placed on the empty boxes with the active player (Stage Manager) in complete control of the order and placement of the dice.

Each player then selects a card from their hand and placing it face-down, revealing every card simultaneously. If you remember the colored boxes from the character cards, they will factor-in now with the stage cards as the guide when scoring. Starting from leftmost box to right, players compare numbers associated with that colored box, with the highest-value card getting the points equal to number of pips on the die. Players rinse and repeat the process with the active player passing to the right, indicating a new round. After a fixed set of rounds, the player with the most points win! 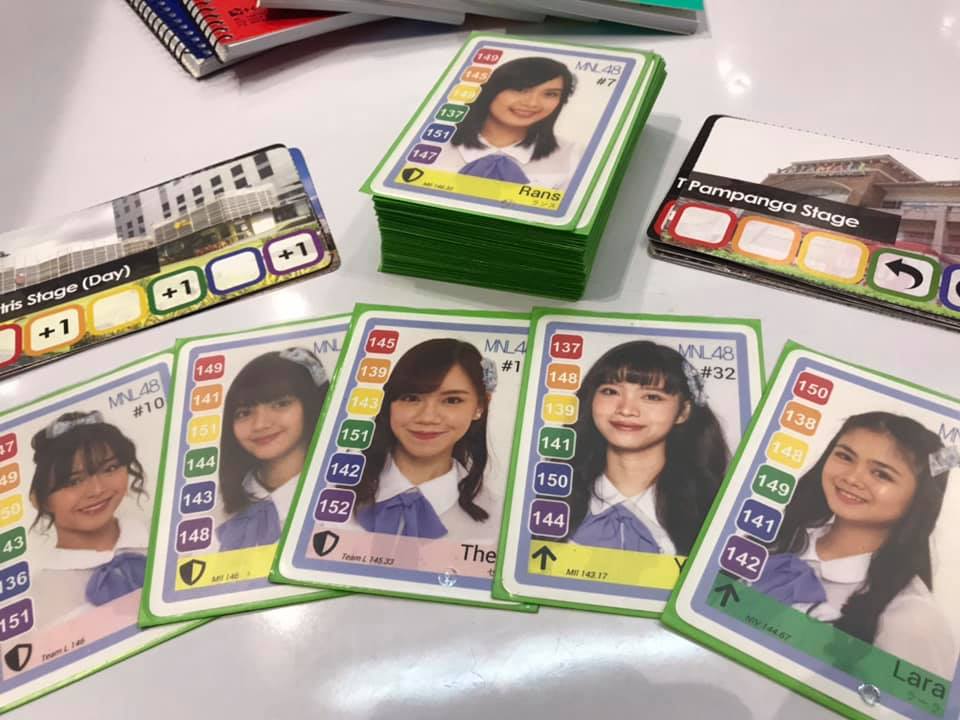 The game is targeted to both the avid fans of the group and the casual crowd, who I found to be most curious as they stopped by the Ludus booth. Since the gameplay is geared towards easy to learn mechanics, this is definitely a gateway filler game that’s quick to pick-up and play for a few minutes, with room for seconds. No release date and price yet for the game, but I’m told that the ballpark price will be around the 3-digit php range.

- Advertisement -
Previous article
Death Stranding Review | An Experience Unlike Any Other
Next article
Overwatch 2 is official!