We're not crying, you're crying! 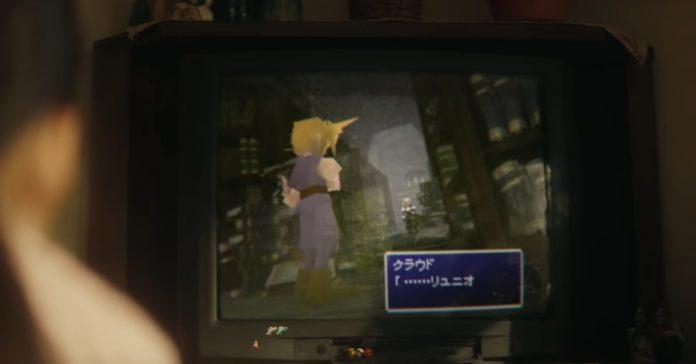 Back in September, Square Enix made us tear up with joy with the new Final Fantasy VII Remake trailer, as well as the 40-minute gameplay demo. Now, Square has once again moved us to tears, but this time because of the ‘feels’ in their new FF7 Remake commercial.

The live-action commercial is 13 minutes long, but it’s definitely worth watching for any and every Final Fantasy fan! The original was uploaded in Japanese, though thankfully some dedicated fans translated it in English.

This 13-minute video follows a young man and his girlfriend, the man having not played the original Final Fantasy VII on the PS1 while his girlfriend has fond memories with the game. He wonders why nearly everyone in his office is excited for the FF7 Remake, until a chance encounter with a big FF fan.

I won’t go into specifics, but it will surely hit you in the feels with how heartwarming the message is. Sure, it may just be a commercial for the remake, but we definitely appreciate how well thought of it is; it’s pretty much a love letter to the game and to the fans that played it back in the day.