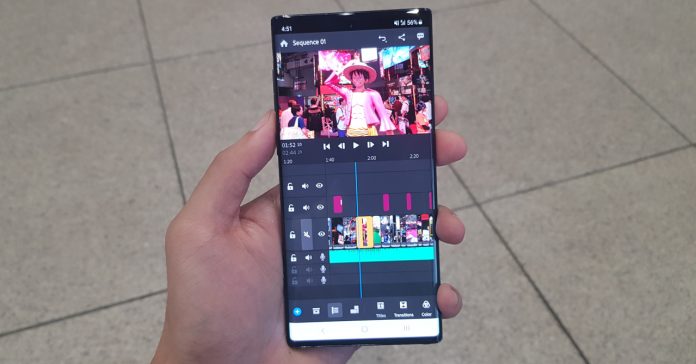 Launched a few months ago, the Samsung Galaxy Note 10 series is definitely an impressive phone for productivity, thanks in large part to its S Pen. With the stylus, users can jot down notes quickly, and even have the phone transcribe these handwritten notes to text.

Aside from having a nifty stylus, there are other reasons to love the Note 10. Whether you have a Note 10 or a Note 10+, you’re guaranteed to have a smartphone that can capture incredible videos.

Thanks to its impressive triple camera setup consisting of 16MP Ultra-Wide, 12MP Wide-Angle, and 12MP Telephoto lenses, the Note 10 series is an incredibly versatile smartphone for photography and videography. Samsung also added a wealth of useful features so you can create even more creative videos with the Note 10.

Noteworthy (pun definitely intended) features of the phone include Live Focus which adds a movie-like depth of field effect for videos, as well as Zoom in mic which lets specific sounds be singled out when users zoom in. Though what really impressed us the most with the Note 10 is its stabilization.

The Galaxy Note 10’s main camera is incredibly steady for videos, so much so that I didn’t even need a gimbal to shoot videos during our Tokyo Game Show 2019. Don’t believe me? Well, here’s our quick tour of TGS 2019 that was shot and edited entirely on the Note 10:

Thanks to the stable shots and the nifty S Pen, I was able to quickly shoot and edit this quick video during Day 1 of TGS. After testing it out during our coverage, I can say that the Note 10 is incredible device for content creators.

Want to know more about the Galaxy Note 10? Check out our full review of the phone here: