KonoSuba ‘Legend of Crimson’ movie gets a PH cinema release 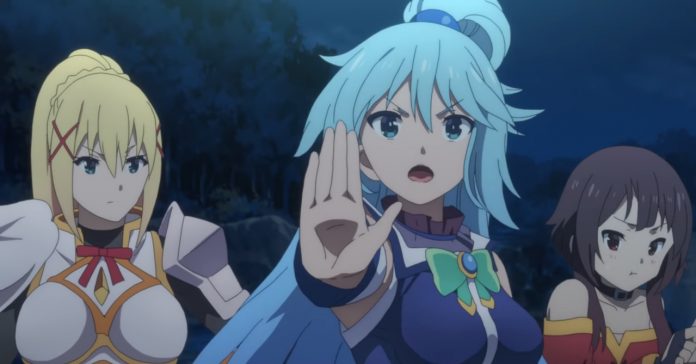 We didn’t think this movie will be released in the PH; we’re so glad that we’re wrong!

ODEX Philippines recently announced that the movie KonoSuba: God’s Blessing on this Wonderful World! Legend of Crimson (Kono Subarashii Sekai ni Shukufuku o!) will be released in the Philippines. As for its release date, ODEX stated in their announcement that the movie is releasing in March 2020.

Even if there’s no release date for the movie yet, we’re still incredibly happy that the KonoSuba movie will be released in the Philippines. After all, we here at UnGeek are massive KonoSuba fans, so much so that we consider it as one of our favorite anime of the decade. Don’t just take our word for it though, Pulp Fiction writer Roger Avary even had praise for the KonoSuba movie.

Not familiar with the movie? Legend of Crimson is the first movie in the KonoSuba series, which first started off as a light novel series which then got a TV anime adaptation. Legend of Crimson takes place after the first two seasons of the KonoSuba anime, a series which may seem like a typical ‘isekai’ anime at first, but it’s one of the best we’ve seen given how laugh-out-loud funny it is.

KonoSuba: Legend of Crimson was released in Japan last August 30. For updates on the KonoSuba movie’s PH screening, keep it here at UnGeek or check out the ODEX Philippines Facebook page.