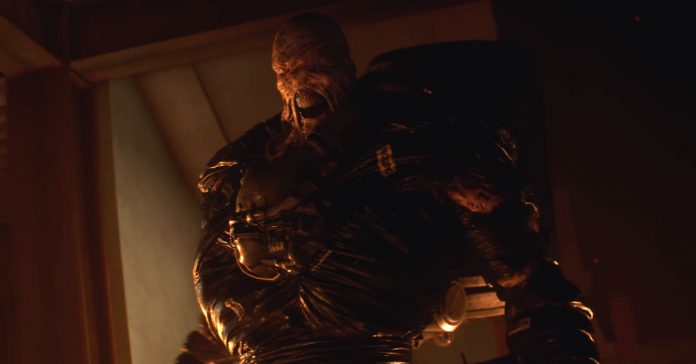 Capcom recently released a new trailer for the Resident Evil 3 remake, and it shows off the game’s terrifying villain, Nemesis. Aside from showing off gameplay of Nemesis in action, the trailer also gave us some new story clips, mostly of the game’s other main character in Carlos Oliveira.

Watch the latest trailer for the Resident Evil 3 remake here:

Capcom officially announced the Resident Evil 3 remake last December. Much like the Resident Evil 2 remake, the new RE3 uses the same game engine and features a more modern over-the-shoulder perspective (unlike the fixed camera and tank controls of the original RE3).

In case you haven’t played the original, RE3 is set around the same time as RE2, though it follows the story of Jill Valentine as she tries to make her way out of Raccoon City, all while being pursued by the incredibly fast and powerful monster, Nemesis. In RE3, Jill will be pursued by Nemesis at various points much like Mr. X in RE2. Unlike Mr. X though, Nemesis will be faster and more powerful, which should make for more intense gameplay.

The Resident Evil 3 remake will be released on April 3, 2020 for the PS4, Xbox One, and PC. The game will also come with the Resident Evil Resistance multiplayer mode for free (formerly called “Project Resistance”).