Here’s where you can watch ‘KonoSuba: Legend of Crimson’ in theaters this week

Get ready for nonstop laughter! 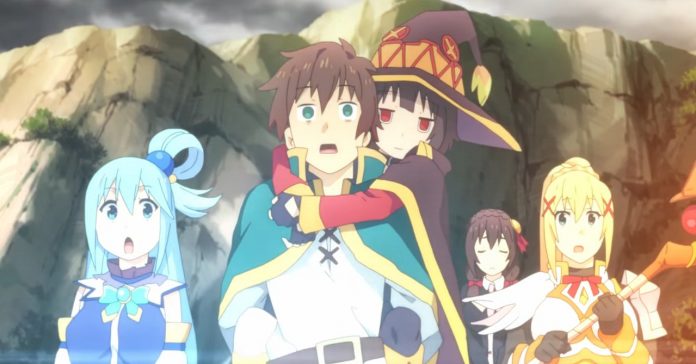 Announced a few weeks ago, the KonoSuba: Legend of Crimson movie is finally releasing Philippine cinemas on Wednesday, March 4. In case you haven’t made plans yet, we highly recommend watching it in cinemas!

Not sure where to watch the KonoSuba movie? The anime film will release exclusively in SM Cinemas, specifically at the following locations:

Not familiar with the movie? KonoSuba: Legend of Crimson is the first anime film of the KonoSuba series, a ‘isekai’ light novel series that received a two-season anime adaptation which started in 2016.

The film is described by ODEX as:

“Satou Kazuma’s life should’ve ended when he was hit by a truck, but through a twist in fate, he ends up reincarnating in another world–and dragging the goddess, Aqua, along with him. When it turns out that the Crimson Demon village is facing a threat that could mean it’s ending. Kazuma and his gang follow Yunyun, intent on saving the village… when they are faced with their greatest threat yet!”

Unlike more serious isekai anime such as SAO or Re:Zero, KonoSuba is a laugh-out-loud comedy that every anime fan should watch. In fact, we think it’s one of the funniest anime in recent memory, so much so that we included it in our favorite anime of the decade list.