Demon Slayer: Kimetsu no Yaiba – The Movie is coming to Philippine cinemas!

Now this we need to see in theaters! 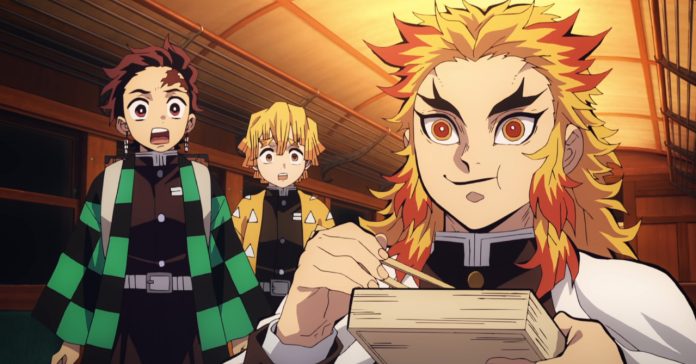 UPDATE: Demon Slayer: Kimetsu no Yaiba – The Movie general release set for February 2021 in the PH

Great news, anime fans! ODEX Philippines has just announced that Demon Slayer: Kimetsu no Yaiba The Movie: Mugen Train will be released in Philippine cinemas soon! While the highly-anticipated Demon Slayer movie is getting a PH cinema release, there’s no word yet on its release date.

With the Demon Slayer movie scheduled to release in Japan on October 16, 2020, we expect the film to release in the Philippines sometime after, ideally in November or December. Here’s hoping that cinemas are back in regular operations by that time considering that cinemas in various regions in the Philippines are currently closed due to quarantine measures against COVID-19.

Demon Slayer: Kimetsu no Yaiba The Movie: Mugen Train is set directly after the events of the anime series’s first season. The film’s story is described as:

Haven’t seen the Demon Slayer anime yet? The series is available now on Netflix!