Harvest Moon: One World announced for the PS4 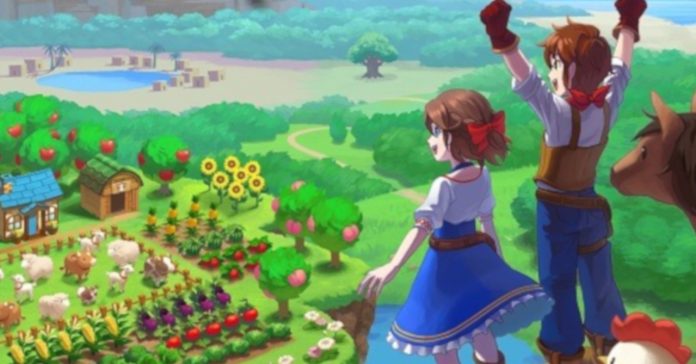 Excited for the new Harvest Moon title but don’t have a Switch? Here’s some good news for you! PlayStation recently announced that Harvest Moon: One World will release on the PS4 later this year. This announcement follows the game’s initial reveal a few weeks ago.

Alongside the PS4 release announcement, PlayStation also showed off the official cover art for the game. Check it out here:

Nurture your farm to prosperity and head out on a globe-trotting adventure when Harvest Moon: One World comes to PS4 later this year.

Harvest Moon: One World is the latest game in the long-running Harvest Moon series (Story of Seasons in Japan). During its initial reveal, One World was only announced to release on the Switch. While the game was announced already, developer Natsume Inc. has not yet revealed much about One World.

The game is officially described by Natsume Inc. as:

While we don’t know when we’ll see more new info regarding Harvest Moon: One World, we might see a trailer at the upcoming New Game+ Expo. After all, Natsume Inc. is part of the online event’s lineup:

- Advertisement -
- Advertisement -
Previous articleDelving into the Core Gameplay Experience of Iron Man VR with Game Designer Ryan Darcey
Next articleSelling like hotcakes, realme 6 and 6 Pro SOLD OUT in just under 10 minutes on first day!