Each pre-order comes with freebies worth PHP 3,968! 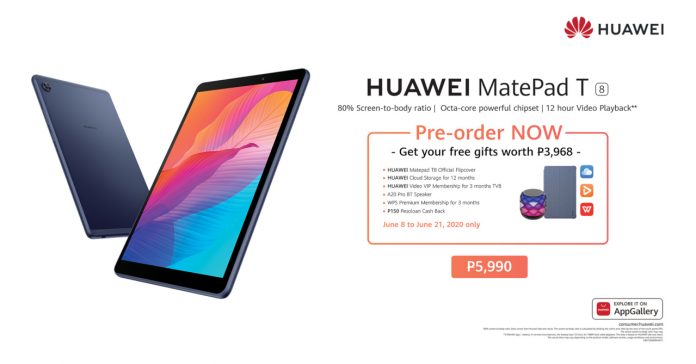 Huawei’s MatePad Pro which released last April is an impressive Android tablet that is a great alternative to the iPad Pro. As a device made for content creators and creative professionals, the MatePad Pro isn’t exactly a tablet for buyers with more limited budgets. If you’re someone who’s looking for a tablet that won’t break the bank, the new Huawei MatePad T8 is definitely worth a look!

Priced at only PHP 5,990, the MatePad T8 is an 8-inch tablet that should be a great match for your media consumption needs. Alongside binge-watching, the MatePad T8 is also a capable device to help kids learn or be entertained, all while staying at home. Finally, the MatePad T8 has a large 5100mAh battery, which Huawei says will let the tablet last for 12 hours of video playback/web browsing. 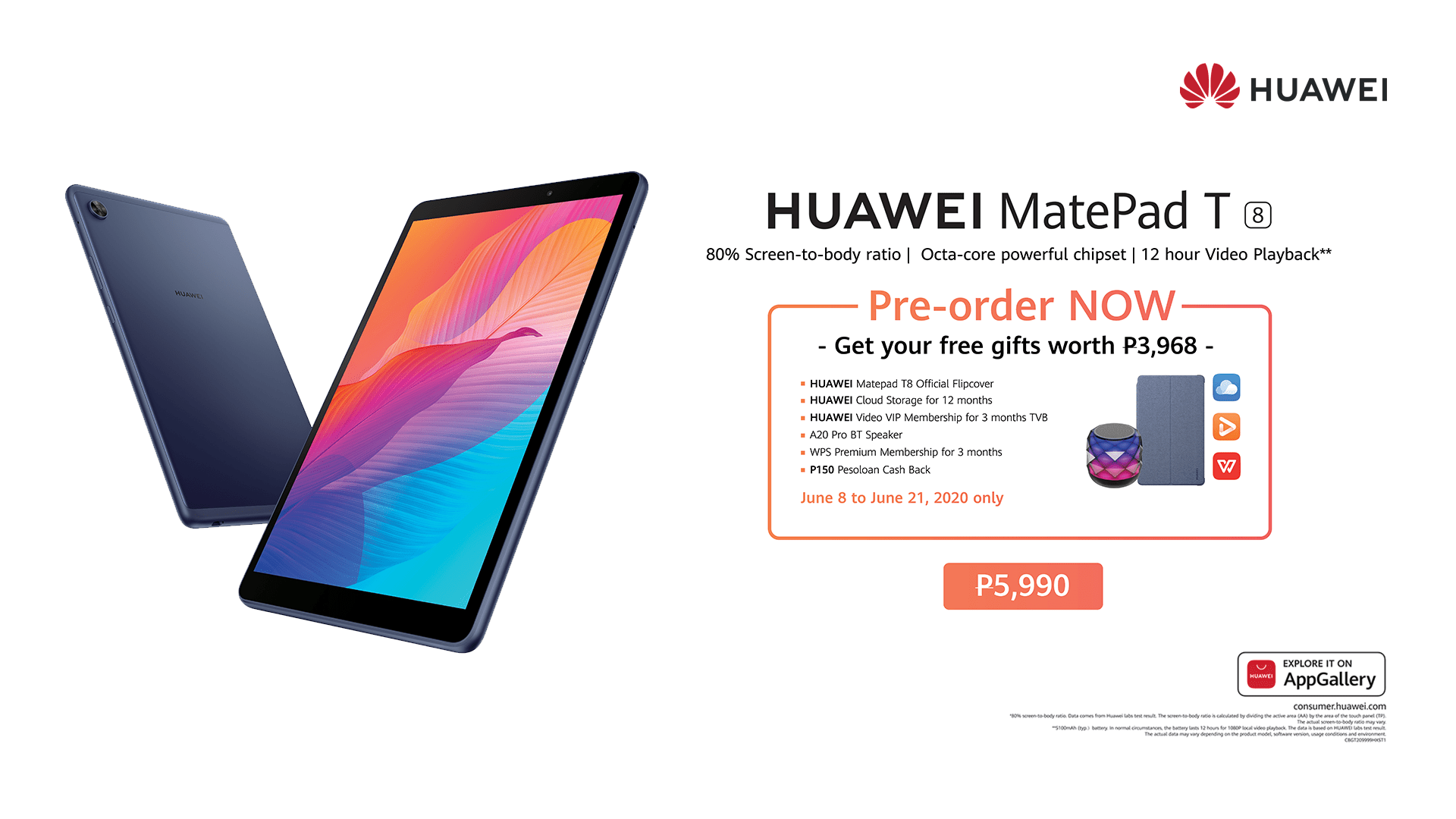 Interested in the MatePad T8? The tablet is available for pre-order now until June 21, 2020. Each pre-order of the MatePad T8 will come with the following freebies (worth PHP 3,968):