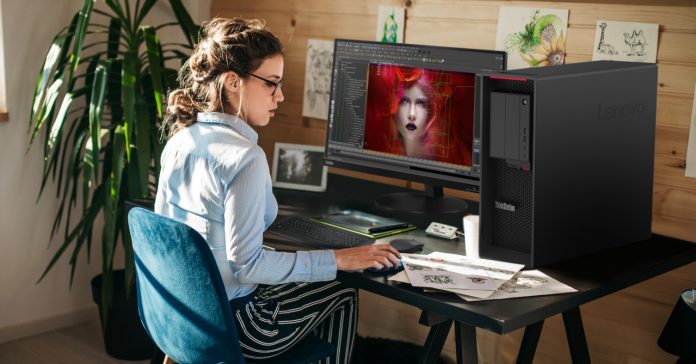 A new generation of workstation computing is here with Lenovo’s launch of the ThinkStation P620, adding a first-of-its kind workstation to the tower portfolio. As the first and only professional workstation powered by AMD’s brand-new Ryzen Threadripper PRO processor, the new workstation brings together unprecedented levels of power, performance and flexibility in a single socket CPU platform.

Today’s digital creation environment are packed with ever-scaling projects and increasingly complex workflows. From design and visualization, to rendering and AI, enterprise users require a workstation that can not only keep pace but outperform what was previously possible. 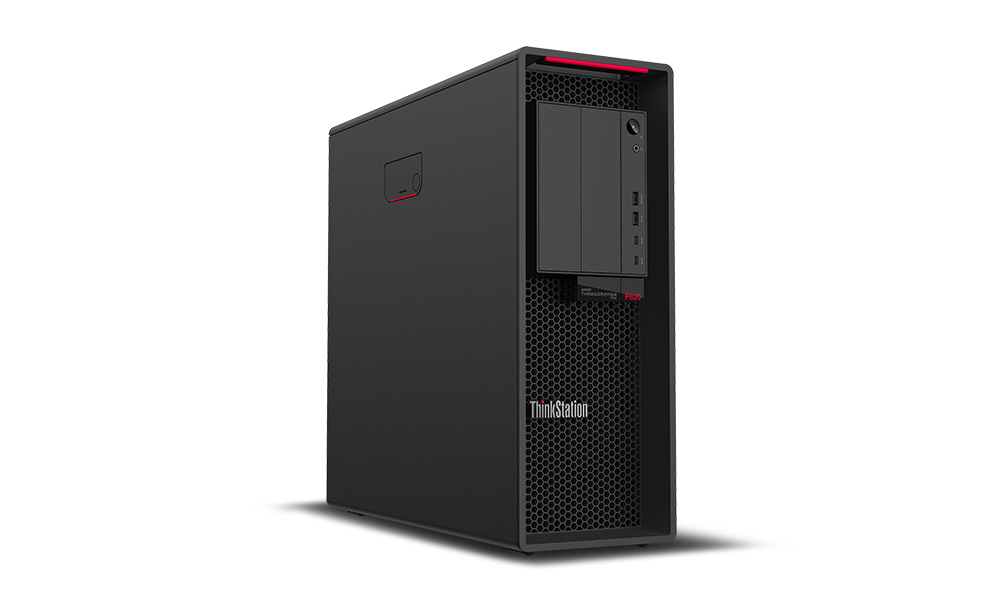 The World’s First and Only 64 Core Workstation

The ThinkStation P620, offers unparalleled power and performance, as well as the configurability to meet each customer’s unique needs in a way that wasn’t possible until now. By leveraging AMD’s Ryzen Threadripper PRO Processor, Lenovo is delivering the only 64 core workstation platform – a new industry standard. Threadripper PRO processors also offer clock speeds up to 4.0GHz, 128 lanes of PCIe 4.0 bandwidth and 8-channel memory support. In addition to speed and flexibility, Lenovo customers now have unmatched core counts for multi-threaded workloads in a single socket platform – rivaling competing dual socket solutions.

Prior to this launch, traditionally the max core count that a single-CPU system could handle was 18 cores, while the highest a dual-processor system could support was 56. The ThinkStation P620 unlocks a new era of what can be accomplished with a single CPU workstation. Now users can achieve seamless 8K streaming in real-time, reduced render times, ultra-fast simulation solving, quick assembly rebuilds and smooth interactivity with 3D assets all without having to scale to a dual socket system. 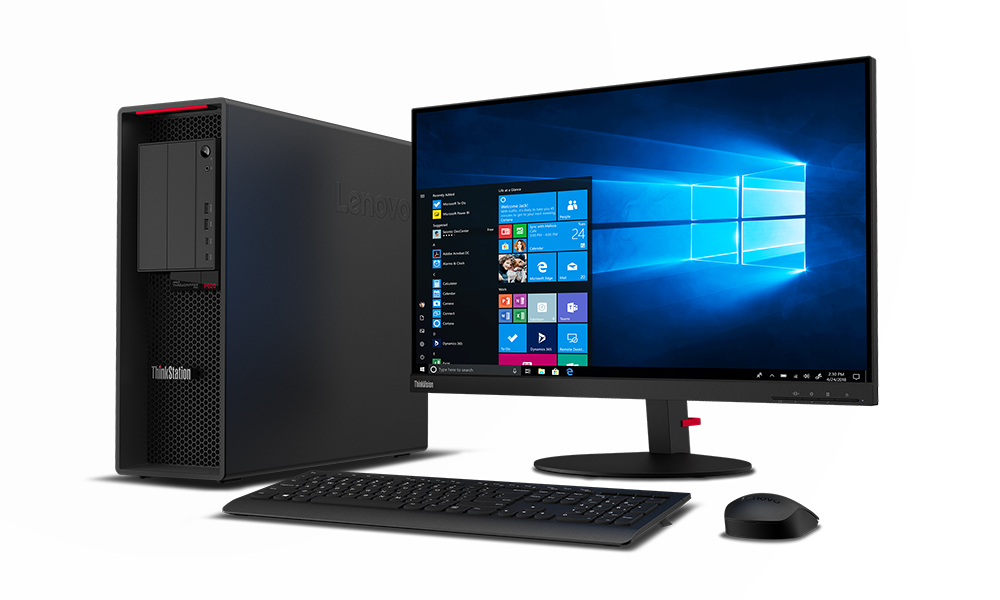 Delivering on the Promise: Enterprise-Class Features, Reliability and Flexibility

The ThinkStation P620delivers more than unmatched processing potential, with flexible GPU configurations, faster memory, quicker storage transfer speeds, and 10GB of built-in Ethernet – a new standard in connectivity. Lenovo designed and built the ThinkStation P620 to be the most versatile workstation on the market, removing the bottlenecks to allow performance to scale and user productivity to soar. This includes support for up to two NVIDIA Quadro RTX 8000 or four RTX 4000 graphics cards, up to 1TB of memory and 20TB of storage. And when speed is king, this enterprise-grade powerhouse is the first and only PCIe Gen 4 workstation available today – offering twice the bandwidth of PCIe 3.0.

Built to harness these high-end components, the P620 takes care to support their reliability and stability. For example, the advanced design of the processor also brings increased thermal requirements. Leveraging a unique air-cooled solution,Lenovo and AMD collaborated to create a custom-designed heat sink.

The ThinkStation P620 is designed to work within some of the most demanding professionally managed IT environments and provides essential enterprise-grade features. Lenovo’s rigorous standards and testing, ThinkStation Diagnostics 2.0, ThinkShield support, upgrades to Premier Support and three-year warranty, deliver the peace of mind needed to work confidently and more securely.

Ideal for power users across industries, now, 3D artists and game developers have a single machine on which to create, edit and build the media and entertainment experiences of the future. Those working across architecture and engineering can design, simulate and visualize products more efficiently. Even users working in artificial intelligence and virtual reality can now take advantage of the ThinkStation P620 as it redefines the segment and allows them to get even the most complex jobs done faster. 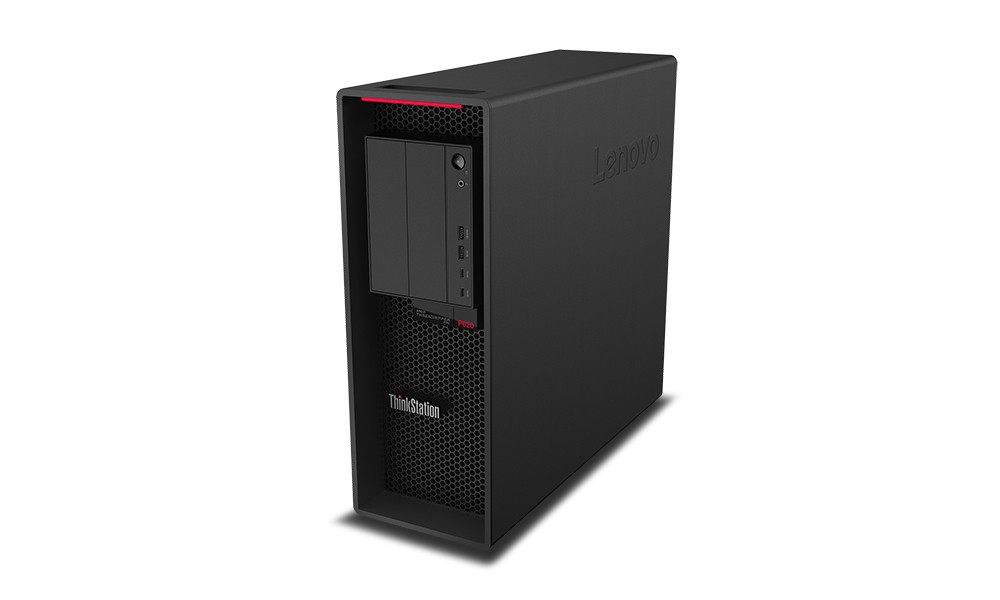 With ground-breaking performance and unprecedented professional graphics support, Lenovo is pushing the boundaries of what’s possible. Combining the power of AMD’s Ryzen Threadripper PRO processor with a fully customized and scalable chassis, the ThinkStation P620 has reimagined the traditional workstation, fine-tuned for multi-threaded applications. The ThinkStation P620 will be available starting in September 2020. To learn more about the newest addition to Lenovo’s workstation product portfolio, visit www.lenovo.com/p620.