The biggest reveals and trailers from DC FanDome 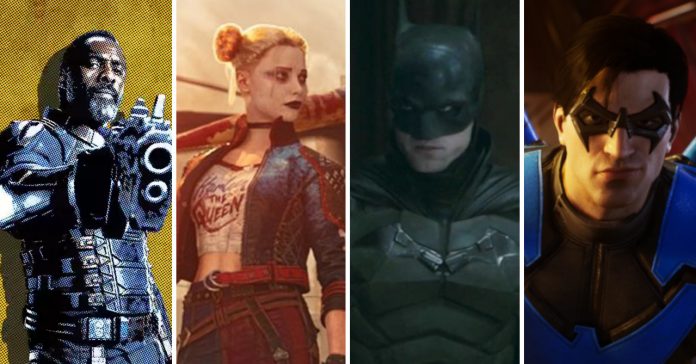 DC FanDome kicked off earlier today, and it featured lots of big reveals and new trailers for upcoming DC games and movies. Right now, DC FanDome is still live, though for the most part, the biggest reveals have been shown.

In case you missed out on all the big DC FanDome news, here’s a quick recap of the biggest stories from the event:

Two upcoming games were revealed at DC FanDome, the first being Gotham Knights. As the title implies, Gotham Knights features the Batman family:Batgirl, Nightwing, Red Hood and Robin. This is because in this game, Batman is dead.

Aside from the reveal trailer for the game, Warner Bros Games also showed a quick gameplay walkthrough of Gotham Knights.

One of the highlights of DC FanDome is no doubt the first teaser trailer for The Batman starring Robert Pattinson. While the film has not yet wrapped production (because of the COVID-19 pandemic), the footage in the trailer already looks very promising; we definitely can’t wait to see Batman against the Riddler on the big screen!

Another highly-anticipated reveal is Zack Snyder’s Justice League. This director’s cut of Justice League will stream on HBO Max in 2021, and will be four hours long!

While not exactly a trailer, we finally got our first look at James Gunn’s The Suicide Squad. Based on the ridiculous characters Gunn picked for this iteration of the Suicide Squad, we can’t wait to see what the film will have in store!

Finally, we have the first official teaser for Dwayne Johnson’s Black Adam. The teaser gives more info on the upcoming movie, though it does not contain any actual shots from the film.

Aside from the new trailers and reveals, DC FanDome also hosted panels for each of the new films and games.

DC FanDome is a 24-hour celebration of all things DC that started earlier today at 1AM PHT. The event is still live now at https://www.dcfandome.com/live.