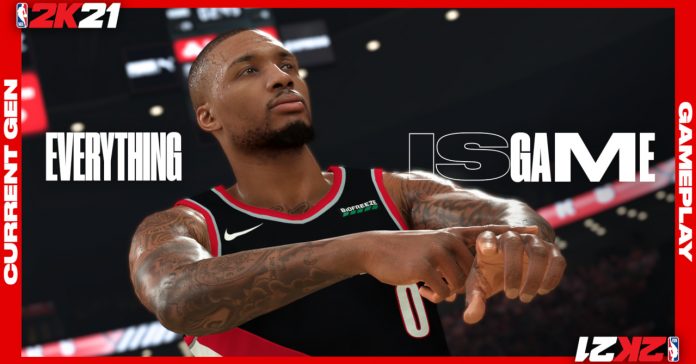 First announced back in June, 2K has just shown us our first look at NBA 2K21 gameplay on current-gen consoles. The quick gameplay trailer showed off some dramatic action featuring cover athlete Damian Lillard of the Portland Trail Blazers, as well as more NBA stars.

Check out the gameplay trailer here:

The new NBA 2K21 trailer showed off some pretty good-looking scenes. Considering that the footage shown was taken from current-gen consoles (PS4 and Xbox One), we can’t wait to see how the game will look when it release on the PlayStation 5 and Xbox Series X.

NBA 2K21 releases on September 4, 2020 for the PS4, Xbox One, Switch, and PC. The game will also release on the PS5 and Xbox Series X in Holiday 2020. The current-gen versions of the game will feature Damian Lillard as the cover athlete, while next-gen copies will have Pelicans star Zion Williamson on the cover.

- Advertisement -
Previous articleOverwatch Summer Games 2020 is now live
Next articleASUS joins the Shopee 8.8 Sale by offering up to PHP 2,000 off select devices