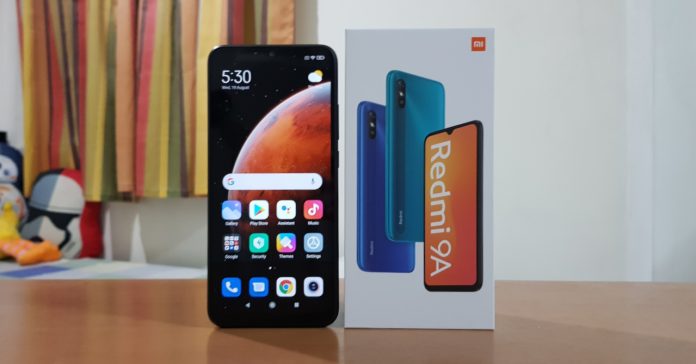 Last month, we reviewed the Redmi 9, Xiaomi’s budget smartphone offering that packs a quad camera setup and a 1080p display, all at a price tag that’s well under PHP 10k. Now, we’ve got our hands on the Redmi 9A, an even more affordable smartphone option from Xiaomi.

Unlike the Redmi 9 which has mid-range level features, the Redmi 9A is a decidedly budget phone. The Redmi 9A only has a 720p dispaly, and only one rear camera. On the flip side though, the Redmi 9A is incredibly affordable–it’s SRP isn’t even over PHP 5000! 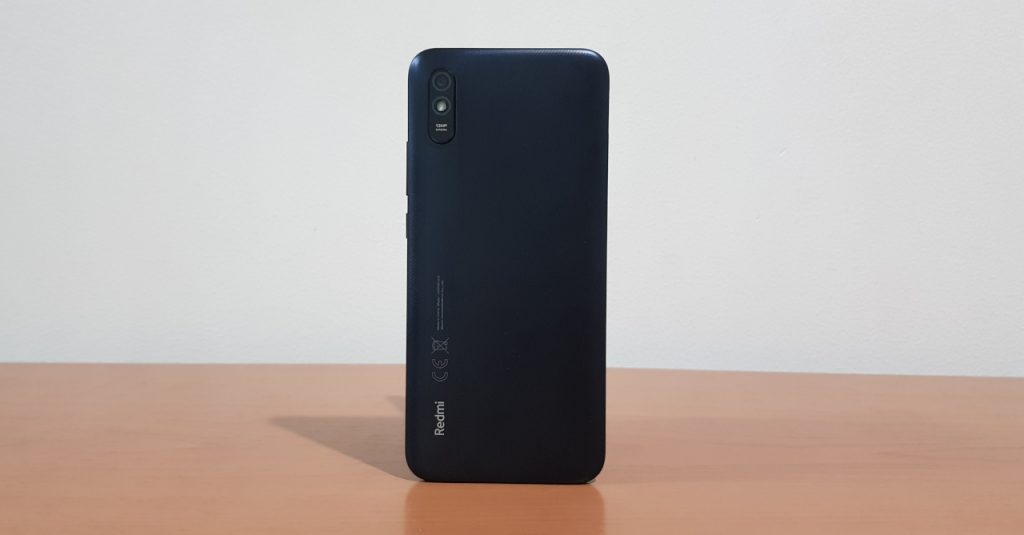 To release a phone with an SRP below PHP 5k though, brands usually skimp out on a lot of features. Some budget phones are even underpowered for daily use to make them inexpensive.

Given this, is the Redmi 9A worth getting for users with tight budgets? Find out here in our full review of the Xiaomi Redmi 9A! 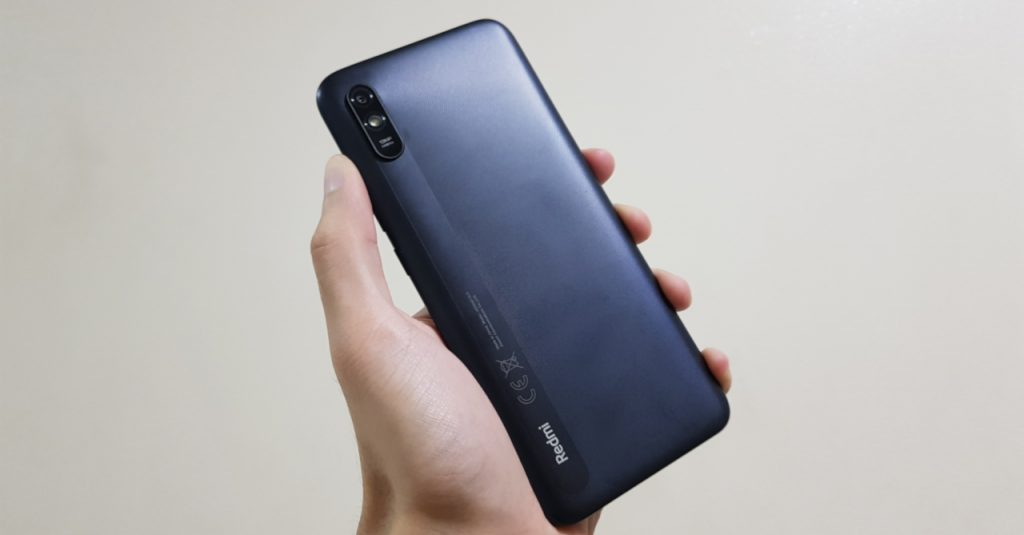 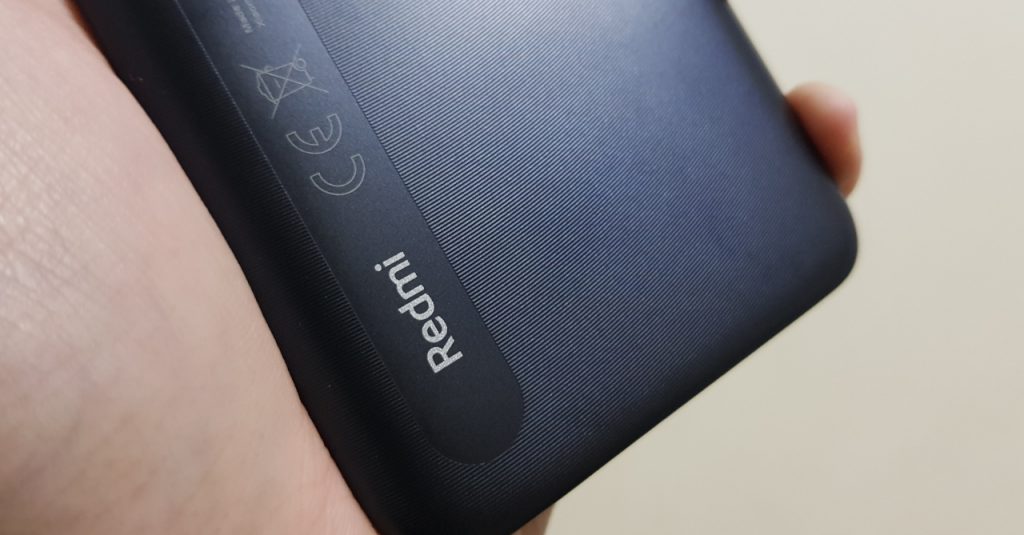 Again, much like the Redmi 9, the 9A’s back has a unique textured finish. It might not be readily apparent at first, but you’ll see it when taking a closer look. While it doesn’t really add much in terms of looks, it does make the phone feel good to hold and use. 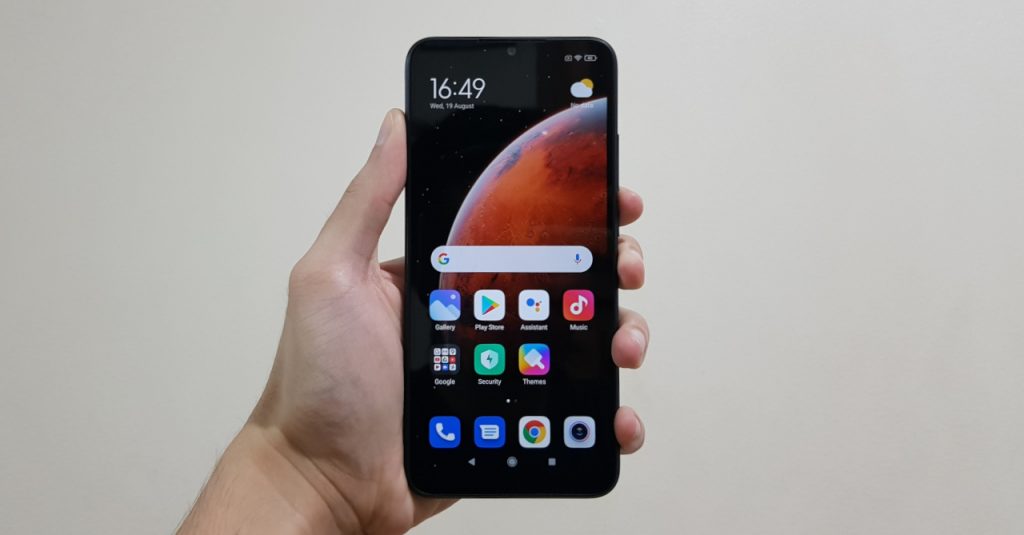 Moving to the front, we can see the Redmi 9A’s 6.53-inch HD+ display. While it does have a fairly large chin, the border’s aren’t that noticeable when using a dark background. Compared to the Redmi 9, the 9A’s looks almost exactly the same from the front. The two biggest differences though are a lower resolution on the 9A, and the inclusion of Gorilla Glass 3 protection on the Redmi 9.

Given that it’s not a 1080p display, the Redmi 9A’s screen is not the sharpest. Colors are also slightly muted, meaning it won’t be the best for watching movies/shows. That doesn’t mean you can’t binge-watch on the phone though; the display is still decent for a budget phone, but the Redmi 9 still blows it out of the water for movie/series marathons.

For audio, the Redmi 9A has a single, bottom-firing onboard speaker. As expected, the Redmi 9A’s speaker doesn’t exactly have good audio output, with sound quality being tinny and a bit flat. Considering that this is a phone that’s priced under PHP 5k, the Redmi 9A’s speaker is pretty decent for its price. Plus, you can always use headphones or an external speaker via Bluetooth or through the phone’s 3.5mm headphone jack.

The Redmi 9A is powered by a MediaTek Helio G25 processor, a lower-end SoC that’s designed for gaming. In my experience, sub-5k phones struggle for mobile gaming. To my surprise, the Redmi 9A is actually a pretty capable gaming phone! 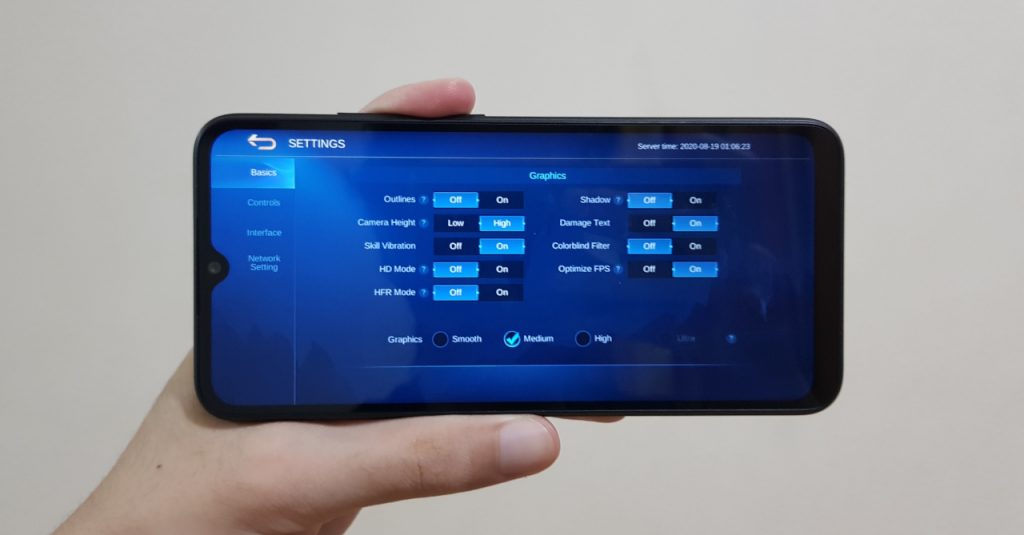 For less hardware-intensive titles, the Redmi 9A will have no problems running them. Mobile Legends: Bang Bang for example, ran smoothly on both the recommended setting of Medium, as well as on the High graphics setting. So if you’re an ML player on a tight budget, the Redmi 9A is highly recommended. 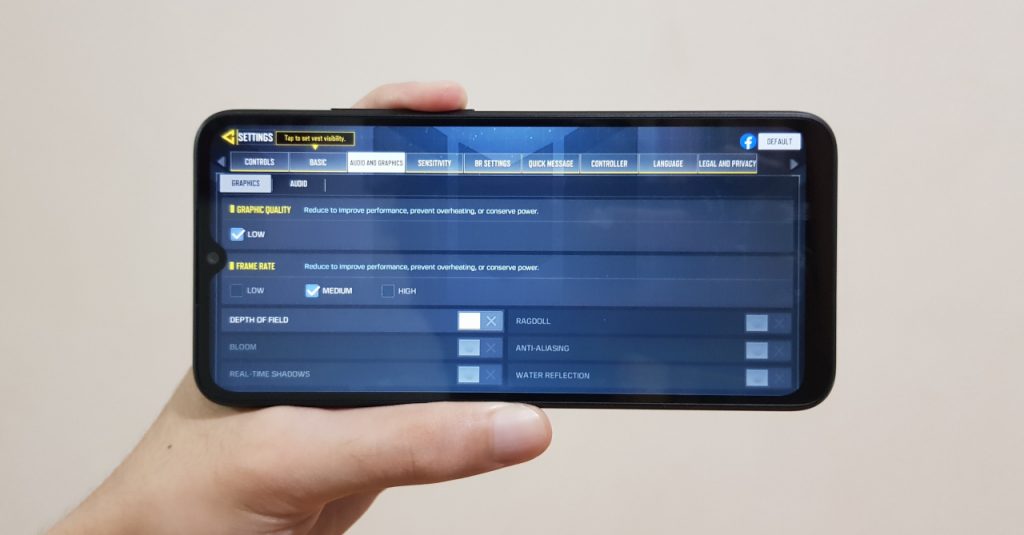 What’s even more surprising though is its performance for “heavier” games. For example, the Redmi 9A was able to run Call of Duty Mobile smoothly. Sure, the phone can only run the game on the Low graphics setting, but the result is still impressive given it’s incredibly affordable price tag.

To get the phone to an SRP that’s under PHP 5k, Xiaomi had to skimp somewhere, and that is in the camera department. Unlike most phones being released today, the Xiaomi Redmi 9 only has one 13MP rear camera. At the front meanwhile is a 5MP selfie camera.

When shooting outdoors in the daytime, the Redmi 9A’s rear camera takes good quality photos, with a nice amount of detail and fairly accurate colors. In fact, daytime photos taken by the Redmi 9A can go head-to-head with more expensive phones.

The Redmi 9A’s main camera struggles with low light photography though. Low light photos taken with the Redmi 9A are blurry and lack detail; not to mention that the colors are a bit flat. It doesn’t help that the phone has no dedicated night mode. 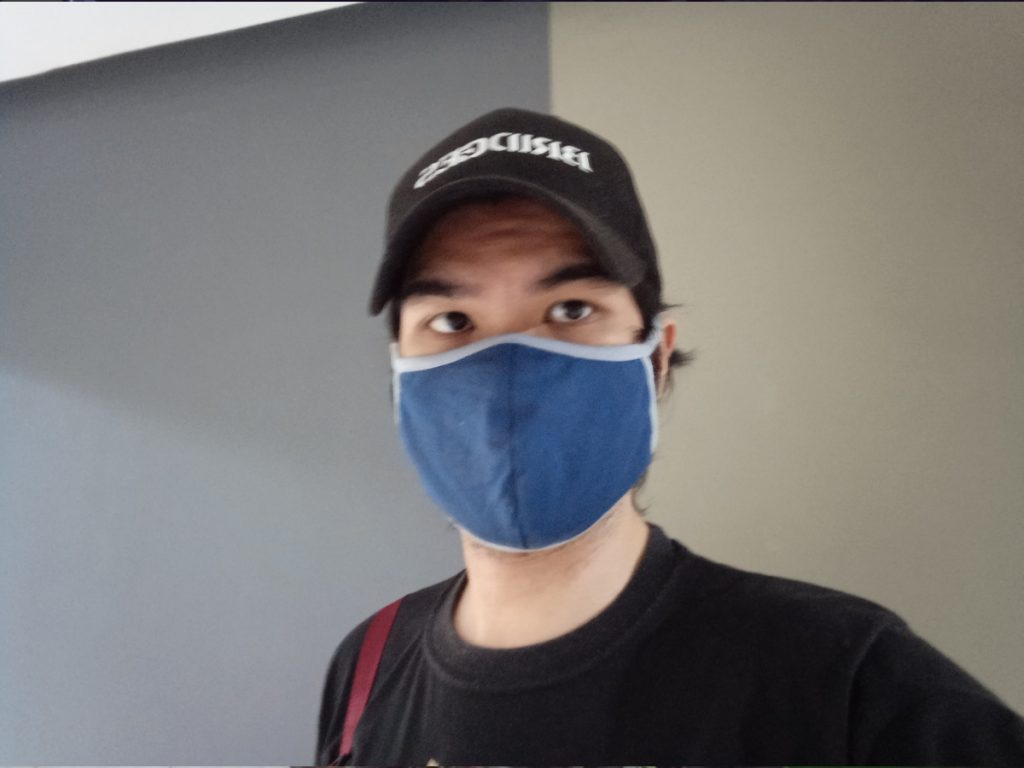 As for its 5MP selfie camera, the front shooter takes decent selfies, though they’re not the best quality as some selfies can turn out a bit blurry and lacking in detail. 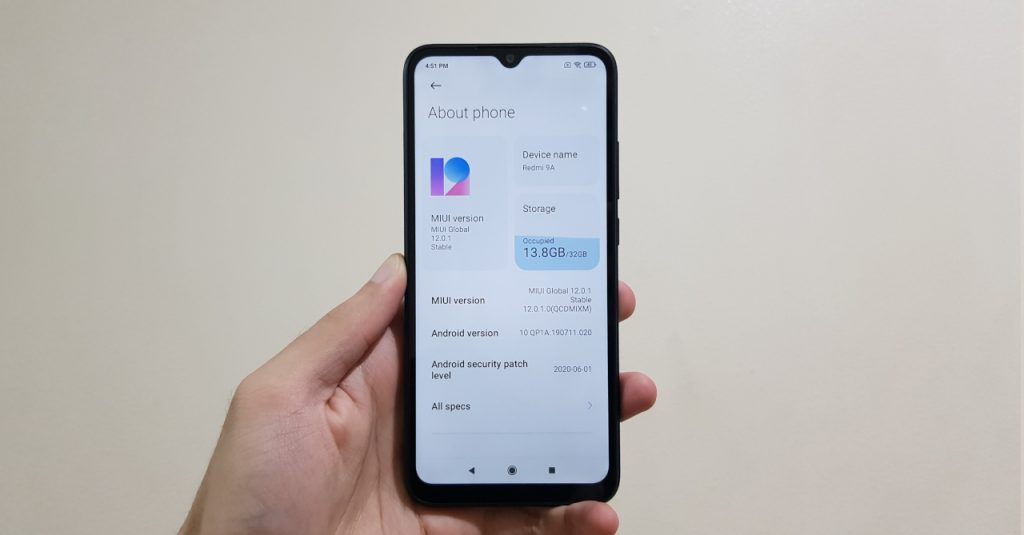 As the Redmi 9A proved to be quite a capable phone for gaming, it’s no surprise that the phone had no problems running everyday apps, including social media, email, and word processing apps. In my time with the phone, none of my usual apps slowed down heavily or stopped working suddenly.

There is a slight issue with the Redmi 9A for everyday use though, and that is the UI. While the phone ran apps well, scrolling through the phone’s UI feels slow and sluggish; the phone just does not feel snappy when on the home screen. The UI also takes cues from iOS in that notifications can only be accessed via a swipe down from the left side of the screen; this can be a bit annoying for users used to how most Android UIs work. 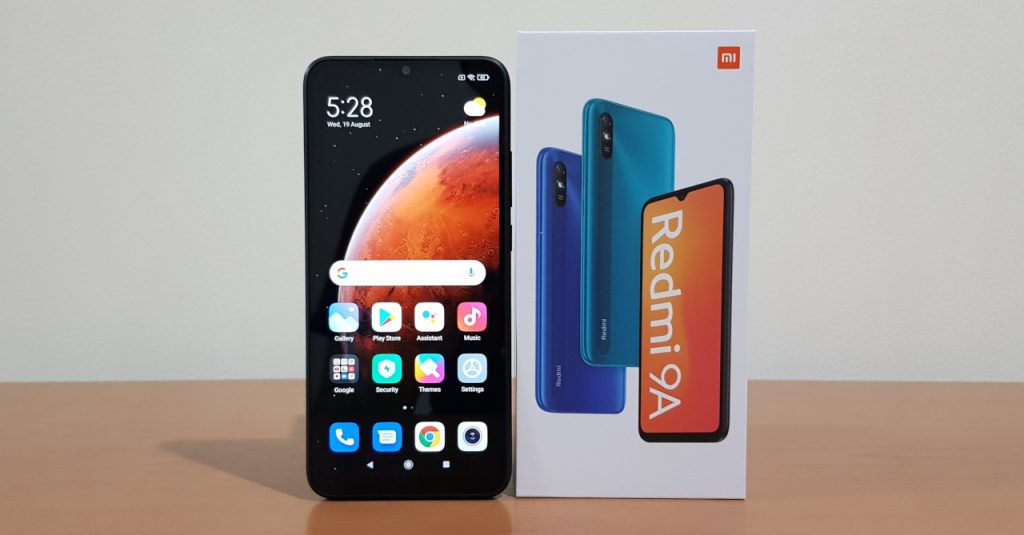 Sure, the phone’s cameras and UI may not be the best, but the Redmi 9A delivers where it counts–performance. Even though its price is only PHP 4,590, the Redmi 9A has enough power to run most of today’s popular games. Couple this with its great battery life, the Redmi 9A is a good option for buyers with only a PHP 5k budget.

If you can spare a bit more cash though, there are a lot of competing phones in the budget segment that can offer a better experience, including Xiaomi’s own Redmi 9.

- Advertisement -
Previous articleFall Guys: Ulimate Knockout is getting a mobile version
Next articleDoraemon: Story of Seasons Review | One Charming Journey