Featuring four designs based on the new Avengers game! 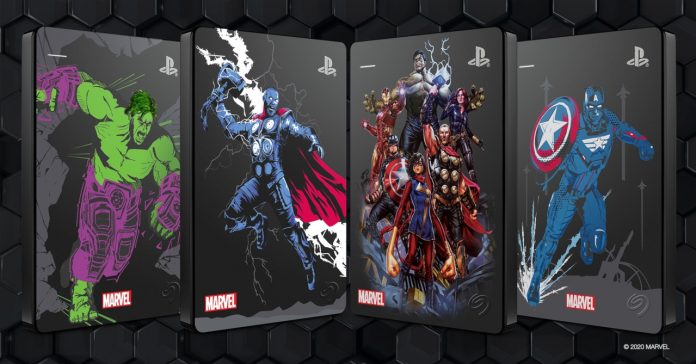 To celebrate the recent release of the Marvel’s Avengers game, Marvel has teamed up with Seagate for the new Avengers Limited Edition Game Drive for the PS4. This special version of Seagate’s external drive for the PS4 will come in four unique Marvel Avengers collectible designs. The designs include: The Incredible Hulk, Thor, Captain America, and the whole Avengers cast from the new game (including Kamala Khan).

We are excited to announce a legendary partnership with Marvel to bring you the Marvel Avengers Limited Edition Game Drive for PS4!Sign up to learn more: http://seagate.media/6183TsQ61#GameDriveforPS4

While Seagate has yet to announce a release date for the Marvel’s Avengers Game Drive, gamers who are interested in getting one (or all four) can sign up at the Seagate website to get notified when the limited edition drive will release.

The Marvel’s Avengers Limited Edition Game Drive will release in the Philippines soon. Seagate Philippines has not yet announced a price for this special Game Drive.

Want to know more about Seagate’s Game Drive? Check out our test of the external storage device here: