A decent budget option from Xiaomi! 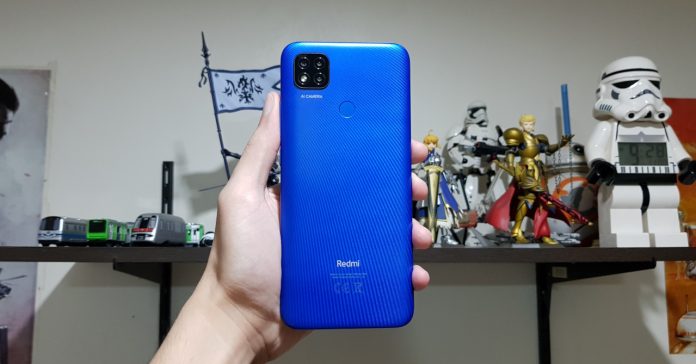 Recently, we reviewed the Redmi 9 and the Redmi 9A, two new budget smartphones that are priced at well below PHP 10k. But did you know that there is a third Redmi 9 model available right now? Yes, Xiaomi has yet another budget device–the Redmi 9C.

The Redmi 9C slots right in between the 9 and the 9A, both in terms of price and specs. While it’s a bit less powerful than the Redmi 9 and lacks a dedicated ultra-wide shooter, its processor has a bit more oomph, plus it has more rear cameras compared to the 9C. 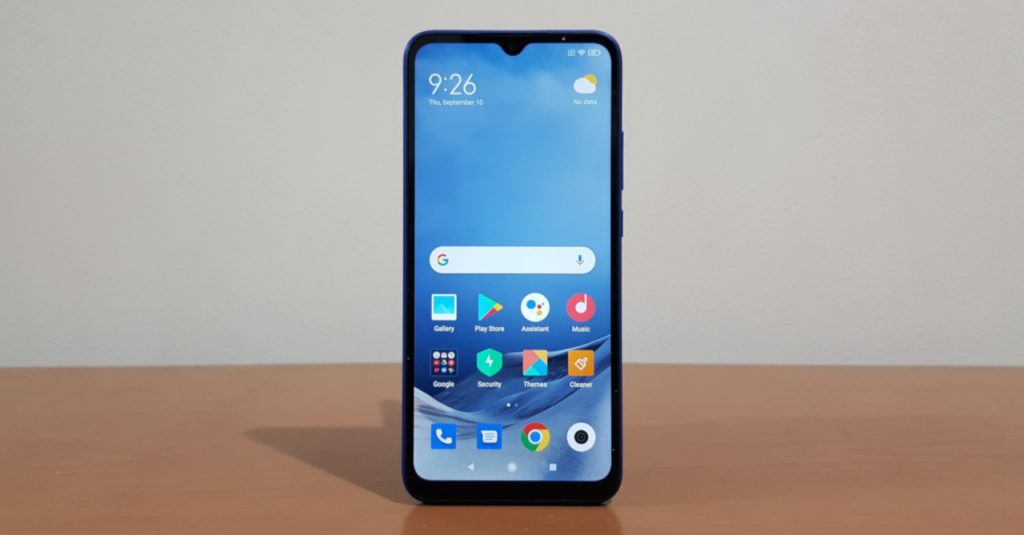 Based on the specs sheet, the Redmi 9C is a good option for users who want a bit more power compared to the 9A, but aren’t willing to shell out PHP 7k for the Redmi 9. But how does it work in actual use? Find out here in our review of the Redmi 9C! 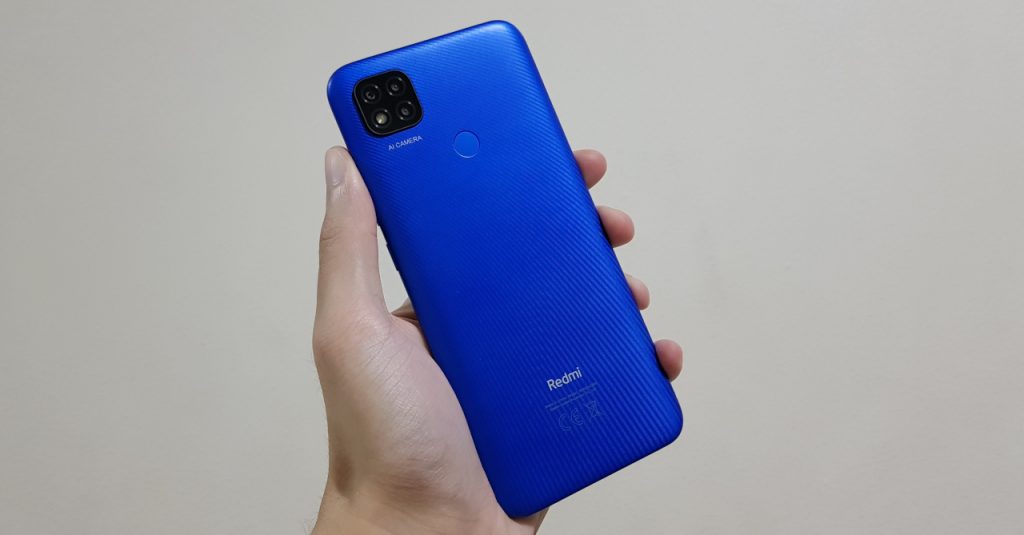 Like its siblings, the Redmi 9C has a polycarbonate back that feels far from premium. Though that’s not to say it feels bad in-hand; in fact, it’s rather grippy even without a case. This means it won’t easily slip out of your hand when in use. 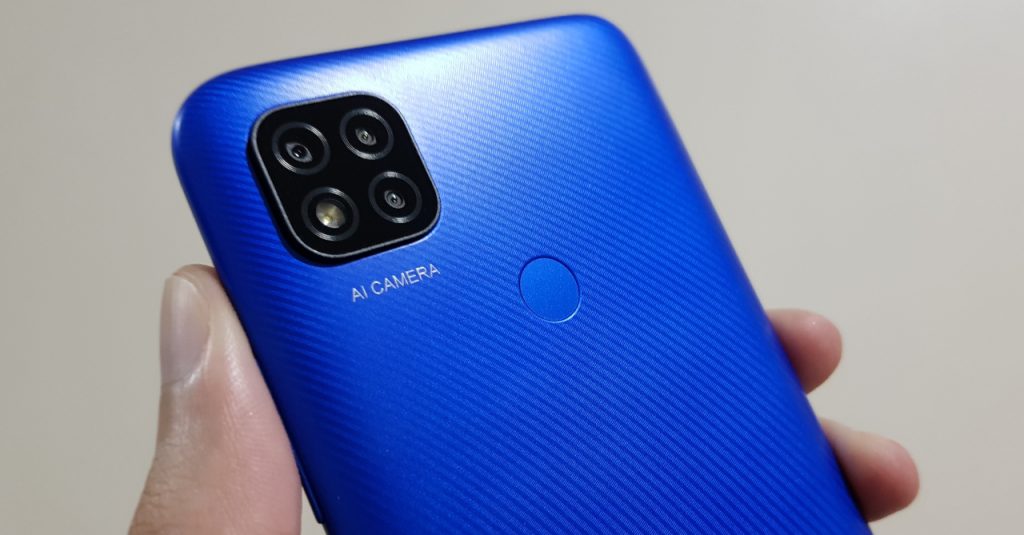 Similar to the Redmi 9 and 9A, the 9C has a unique textured finish at the back. Among the three though, it’s the most “flat” feeling. On the flip side, the Redmi 9C is the most eye-catching among the three, at least in the Twilight Blue colorway (the color of the Redmi 9C that we have here). 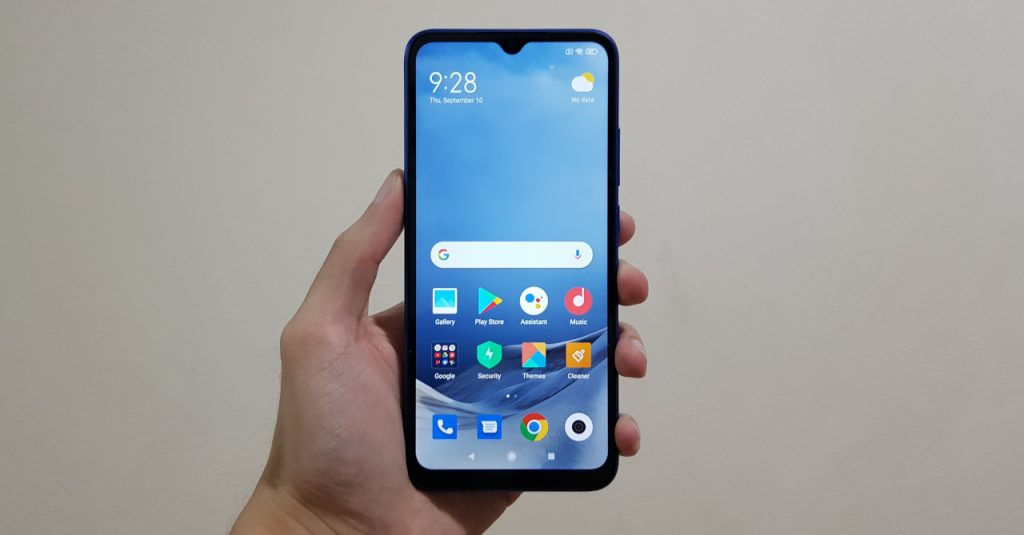 Moving to the front, we have the phone’s 6.53-inch display, complete with a small waterdrop notch for the 5MP selfie camera. For the most part, the front of the phone looks good, but its bezels are noticeably thicker compared to the higher end Redmi 9. This is far from a deal breaker though, especially given the Redmi 9C’s more affordable price tag. 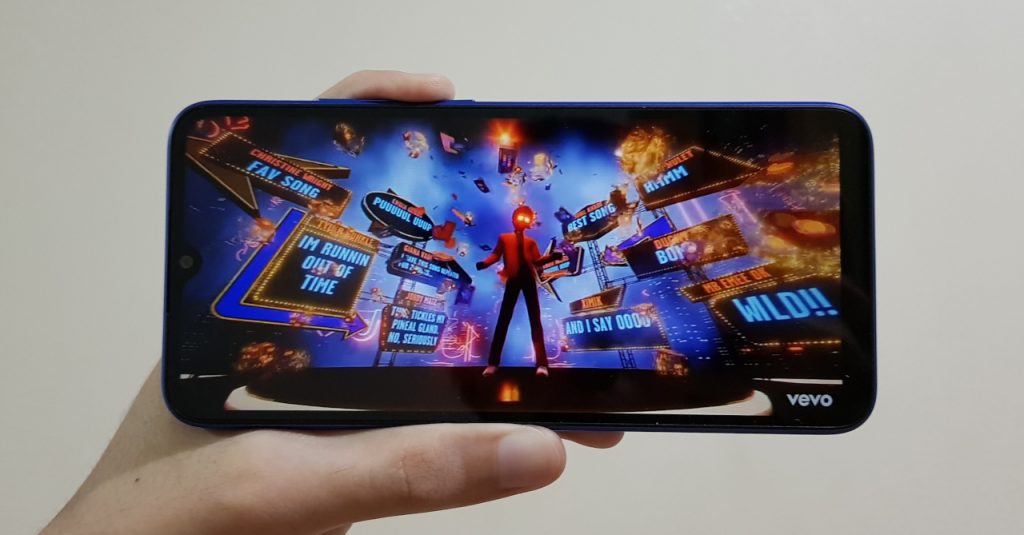 So how does the Redmi 9C’s display fare for media consumption? Well, it does decently well for a budget device. The phone’s 6.53-inch display only has an HD+ (720p) resolution, meaning it’s not the sharpest display out there. The display has decent color output, but it lacks in detail. Still, the 9C’s screen is still good enough for binge-watching movies and shows, especially given its affordable price tag.

If you do watch movies and/or shows on the Redmi 9C, you better have headphones or speakers with you. This is because the 9C’s single bottom-firing speaker is not ideal for binge-watching as audio output is a bit tinny and distorts a lot at higher volumes. The good thing audio-wise though is that you can use both wireless and wired headphones/speakers as the phone still has a 3.5mm headphone jack.

The Redmi 9C runs on a MediaTek Helio G35 processor, which is a slightly faster version of the Helio G25 SoC that’s used in the Redmi 9A. Because of this, the Redmi 9C’s gaming performance is comparable to that of the 9A. 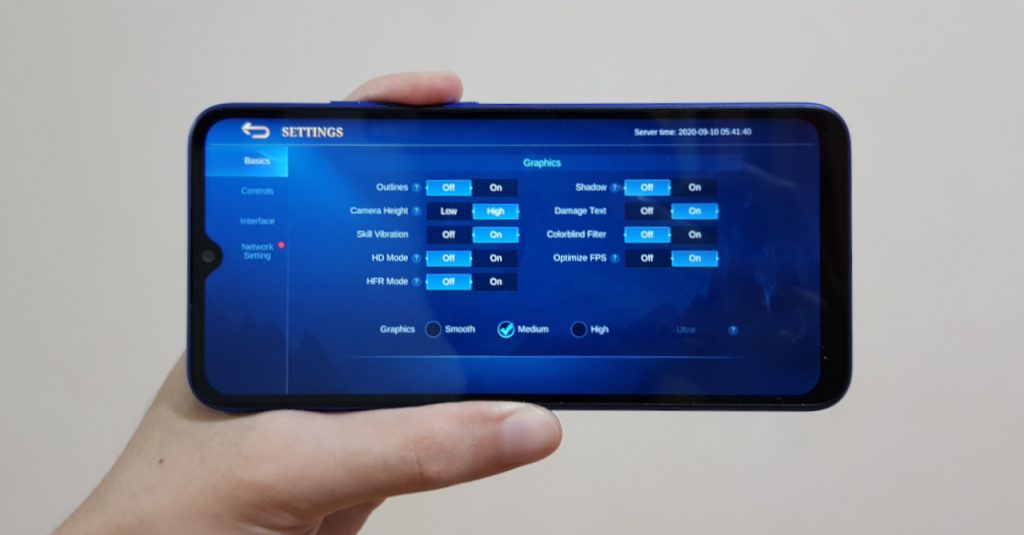 Given the Helio G35 processor of the phone, the Redmi 9C should have no problems running less hardware-intensive games such as Mobile Legends: Bang Bang. For reference, Mobile Legends ran well at the Medium setting (which was the recommended setting for this phone). Though the 9C was also able to run MLBB at the High graphics setting. 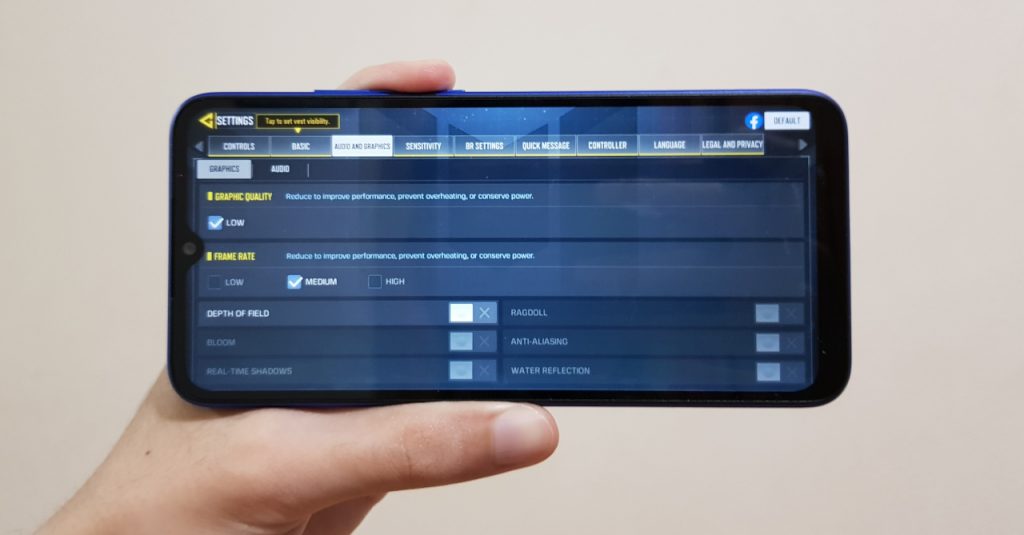 The Redmi 9C also has enough power under its hood to run more demanding titles, albeit at lower graphics settings. For example, Call of Duty: Mobile ran fairly smoothly on the Redmi 9C, though only at the lower setting.

For photography, the Redmi 9C packs a 13MP f/2.2 main + 2MP macro + 2MP depth sensor triple rear camera setup. This is one less than the Redmi 9’s quad camera setup, but two more than the 9A’s single rear shooter. For selfies, the 9C has one 5MP selfie shooter.

The phone’s 13MP main camera works quite well for daytime and for indoors shots (with ample lighting), as photos taken in those conditions have good colors and a nice amount of detail.

One thing to note with the Redmi 9C is that images may seem to be of low quality when viewed with the phone’s screen. But when you transfer the photos to a PC or laptop, you’ll see that image quality is pretty good.

Similar to the other Redmi 9 models, the 9C struggles to take good photos in low light. Night shots taken with the Redmi 9C are often blurry, lack detail, and have muted colors. This is because the phone does not have a dedicated night mode.

The Redmi 9C’s 2MP macro camera is nifty for users who like taking macro photos. Of course, much like other budget phones with macro shooters, you’ll need lots of light to get good macro images.

Rounding out the triple camera setup is a 2MP depth sensor which works quite well for portraits, producing a nice bokeh effect that’s fairly natural. Finally, selfies taken with the 5MP front camera are social media ready, but not the highest quality. 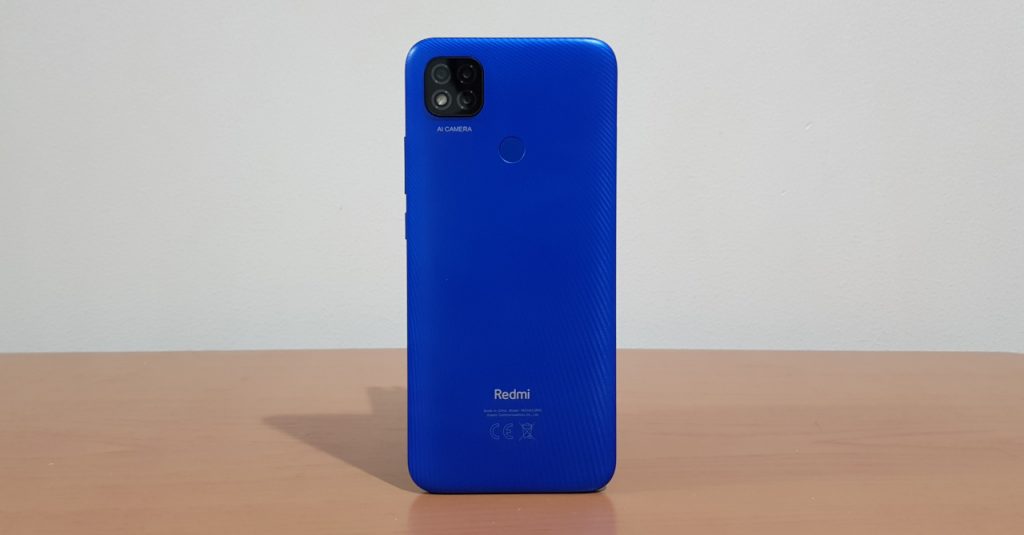 As the Redmi 9C has enough power for general gaming, it’s no surprise that it’s also a fairly good phone for everyday use. In my time with the 9C, I did not have much trouble running social media or email apps. Though I did notice that it can be a bit slow to load and switch between apps. Also, be careful not to open too many apps at the same time as the phone only has 2GB of RAM.

While performance is okay for the most part, battery life is not just ‘okay’–it’s excellent! Thanks to the massive 5,000mAh battery, the Redmi 9C will easily last for over a day with ease. In fact, in my standard phone usage, the Redmi 9C lasted for two days on one charge. Plus, stand-by time is impressive as well as it can last for days on a single charge if you barely use it.

As for connectivity, the Redmi 9C has a microUSB port, as well as a 3.5mm headphone jack. The headphone jack is placed at the top though, which might not be to the liking of some users. 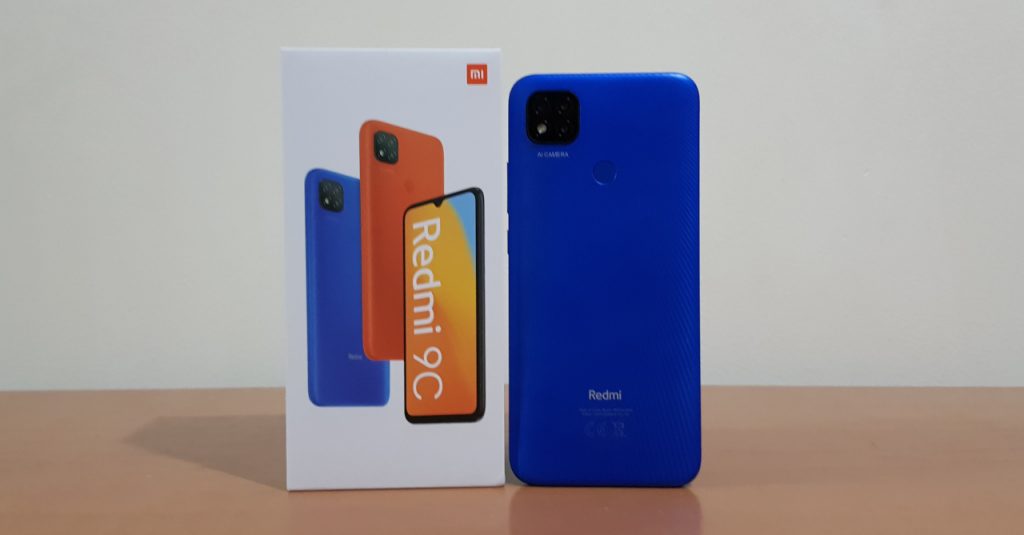 At PHP 5,290 for the 2GB RAM variant, the Redmi 9C is a pretty decent budget device. Not only does it have decent power, it also has a fairly capable main camera and impressive battery life. Though there are some limitations such as a lackluster display and poor low light imaging capabilities.

So should you go for the Redmi 9C compared to the other Redmi models? Well yes and no. While more expensive, the Redmi 9 is clearly the better phone. On the other hand, the Redmi 9A is more affordable than the 9C, and it just lacks the dedicated macro camera and depth sensor. Overall, its sibling models are just “better” deals, though the Redmi 9C is still a decent budget option.