Don't worry, there are no demons inside this train. 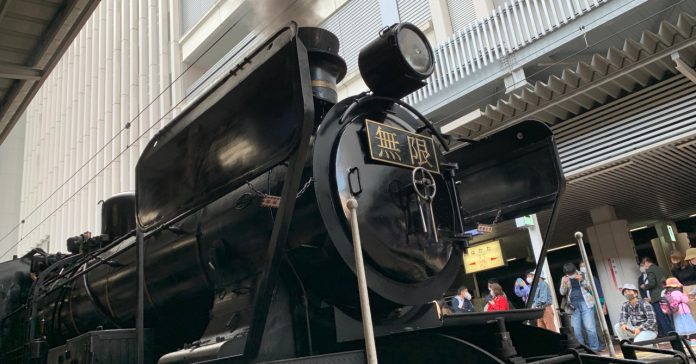 The Demon Slayer: Kimetsu no Yaiba movie has become a massive hit in Japan, with the film earning 10 billion Yen in the Japanese box office after just 10 days. Given the film’s popularity, the Kyushu Railway Company has started service of a real-life “Mugen Train” based on the Demon Slayer movie.

The service, which started last Sunday (November 1), runs from Kumamoto Station to JR Hakata Station and uses a 100 year-old SL Hitoyoshi sightseeing steam train. This train is from the same time period as the setting of the anime, making it fairly accurate to the “Infinity Train” in the Demon Slayer film. Inside, the train even features a refurbished interior that’s inspired by the movie.

The service is in operation now until November 23, and passengers will be able to buy original merchandise inside the train. Passengers can also receive special commemorative goods by dressing up in Taisho Era (1912-1926) clothing.

In case you’re unfamiliar, Demon Slayer: Kimetsu no Yaiba The Movie: Mugen Train serves as a sequel to the Demon Slayer anime series which aired last year. The film and the series are based on the manga series of the same name from Weekly Shonen Jump.

In related news, the Demon Slayer movie will get a fan’s screening in three cinemas in the Philippines on November 28.