Revisiting the story of the Luminary is made more fun with this definitive edition! 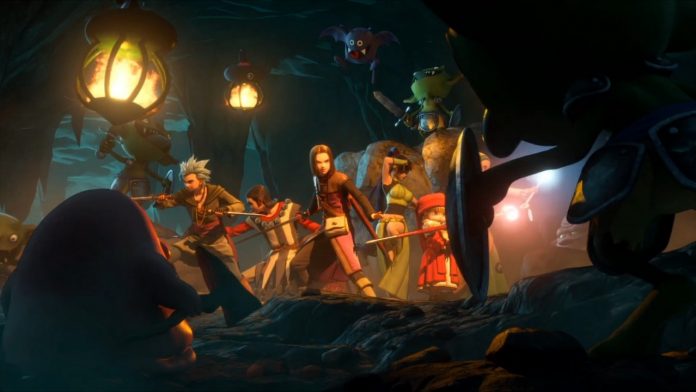 The granddaddy of all JRPGs made its comeback in 2018 with Dragon Quest XI: Echoes of an Elusive Age. We have to admit, the game deserved the praise it got for its engrossing world, characters, design, and music. While it first released for the PS4 and PC, a definitive edition was later launched for the Nintendo Switch. Although it was a graphical downgrade considering the Switch’s hardware, it did add tons of brand new content.

Now though, Dragon Quest XI S: Echoes of an Elusive Age returns to the PS4 and PC as the Definitive Edition, and it includes all of the bonus contents from the Nintendo Switch.

The initial release back in 2018 was an attempt for the DQ franchise (not to confuse with your favorite ice cream joint) to appeal more to the western audience. Compared to the popularity the series has in Japan, Dragon Quest is overshadowed by many RPG series in the west like Final Fantasy or even Persona. But little do people know that DQ inspired many RPG tropes in the genre, and is a constant point of reference in other media too. While  there are a few entries in the series that got a big following in the west like Dragon Quest VIII from the PS2/3DS, as well as a few spin-off titles, to make it easy for new comers, DQ XI simplified a few elements from the traditional JRPGs without making things boring.

The Definitive Edition is pretty much the same Dragon Quest XI from 2018 in terms of story and core gameplay. Though this new edition features gameplay that is way better compared to the standard edition. 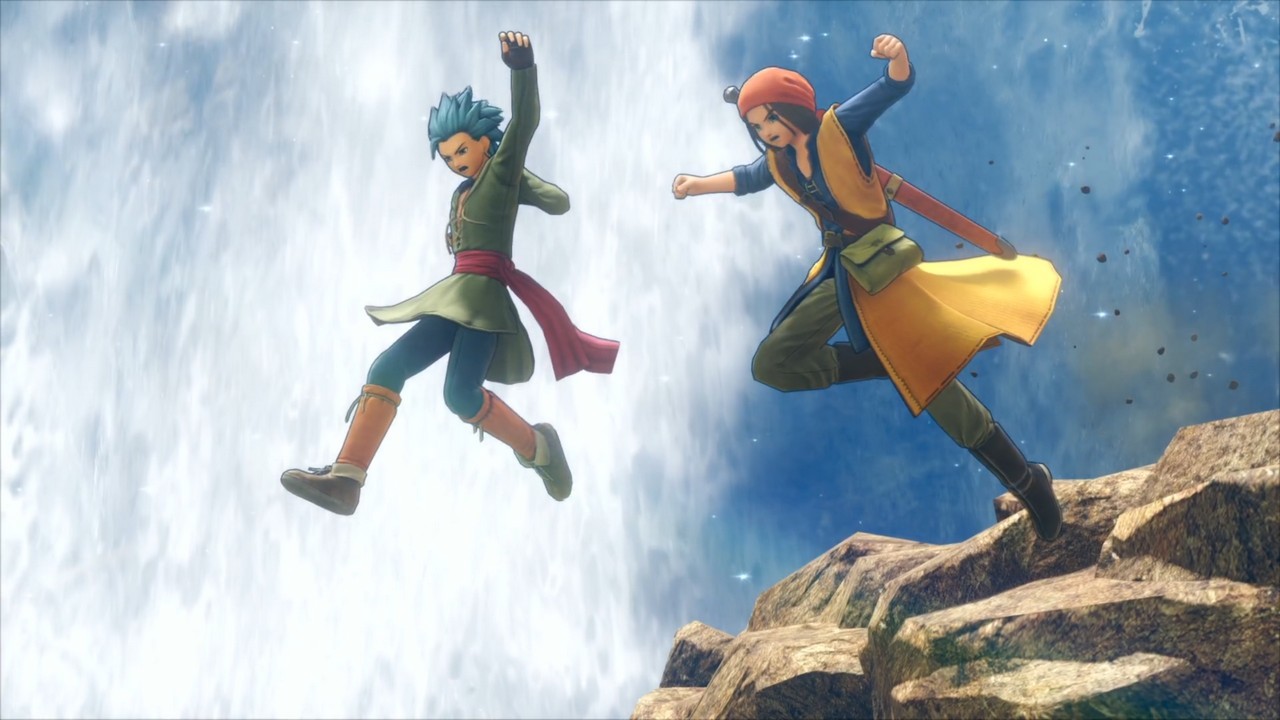 Dragon Quest XI S does not only use the same newbie friendly gameplay from the 2018 release, they even improved it, making the playthrough for those already played the game before less of a drag. By completely removing random encounters and by letting players totweak the battle speed for faster clearing, the game’s Definitive Edition feels much better to play. In my opinion, this should be a standard now as turn based battles is a real time consumer. Combine this with the tactics command, you can even let the whole party do the battle for you. This lets players transition faster to the story and get into the tons of added content here in definitive edition. While battles can still feel repetitive, this is just a standard for every RPGs.

Another improvement that they made was the Fun-size forge as you can now craft anywhere on the go, without the need to stay in a camp. Plus, all of the materials that you need are now all listed so you don’t have to keep guessing on where to look.

One of the biggest additions to Dragon Quest XI is the option of playing the game in 2D or 3D mode. After booting up the game, it asks you how would like to play the game. 3D mode is your standard beautifully rendered world but switching to 2D mode will let you play the game in full a pixelated world. 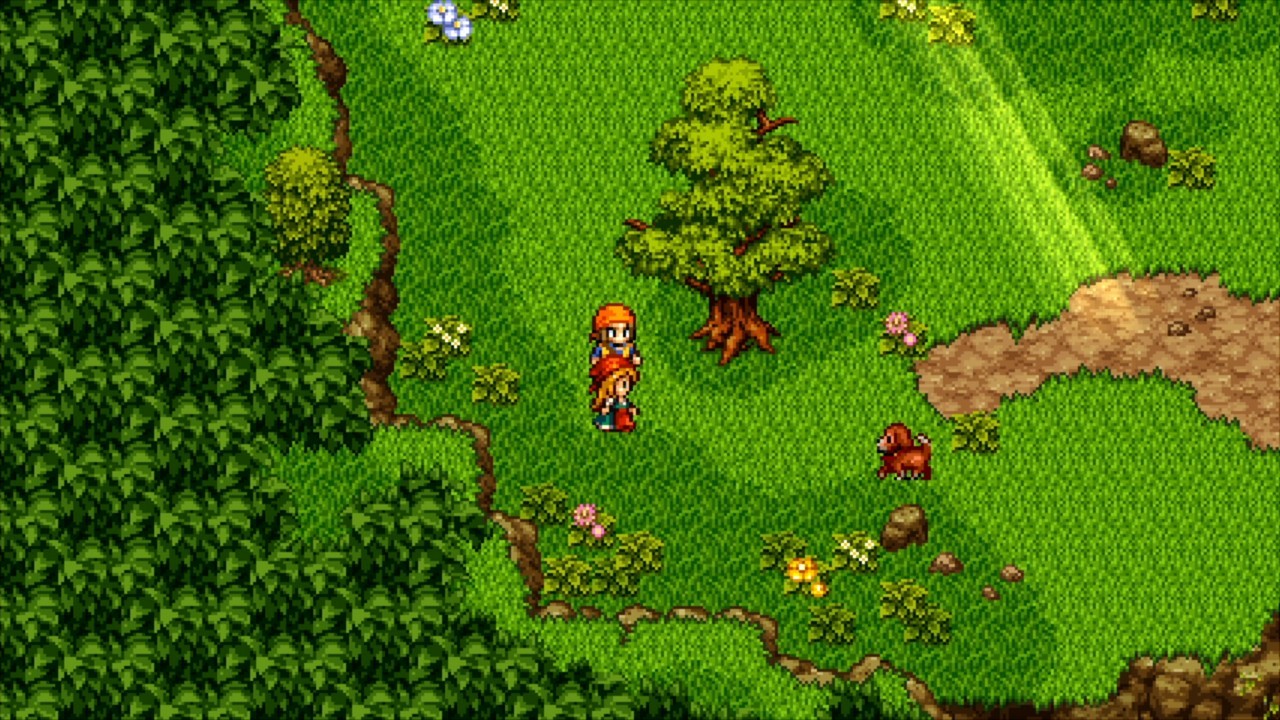 Not only does the 2D mode pulls in the nostalgic vibe of the classic graphics but if you really want to zoom-in into the game, this mode is the best way to play the game as it skips a few animations during cutscenes, letting the dialogue do the story telling. But do note that this mode is so classic that it brings back the random encounters during dungeon crawls. So if you’re really not a huge fan of these encounters but want to really blitz into the later parts, 3D mode lets you now skip every scenes by pressing the square button. his lets those who have played the game before get to the new content faster. 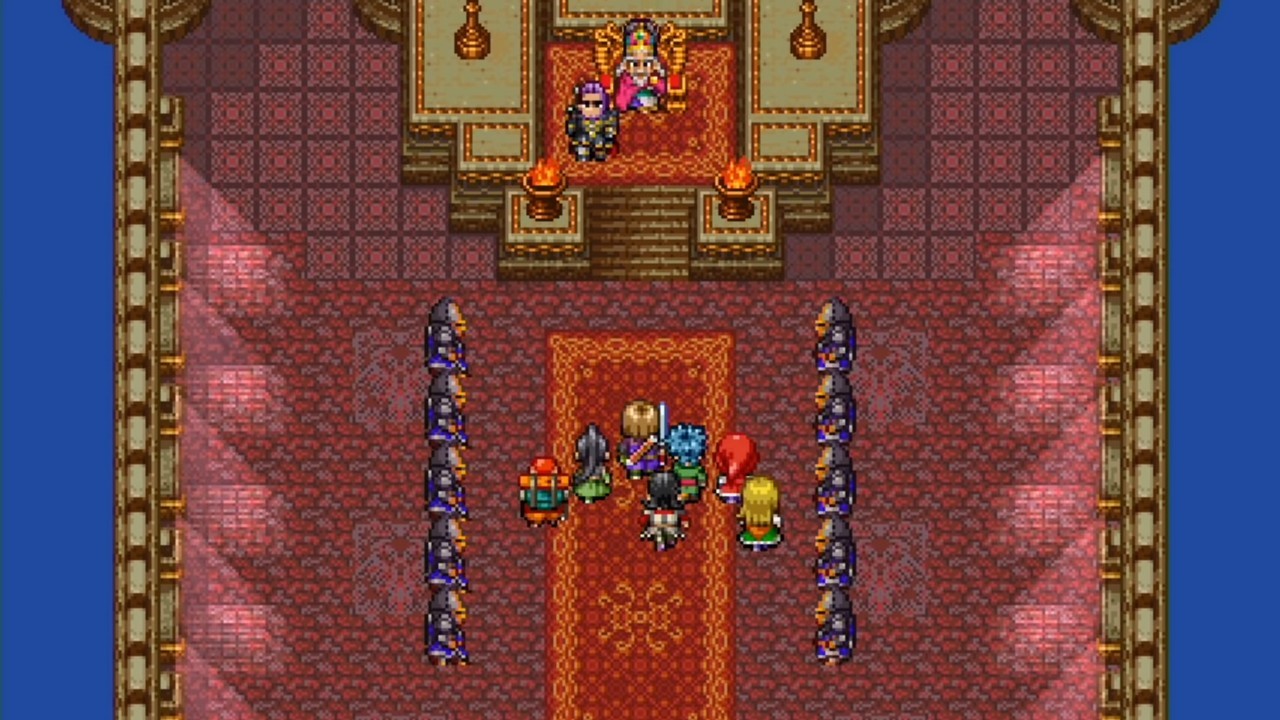 Although I find switching between the two modes a bit of an hassle, you can do so by visiting a Church and creating a separate save file. By doing so, you have the free option which part of the story you want to play in your chosen mode, but you’ll have to restart your current run. So its better to just play the 2D mode in a separate playthrough as it might impede with your run. Although it lets you carry over your level and items, letting you challenge the same chapter with better stats and items. 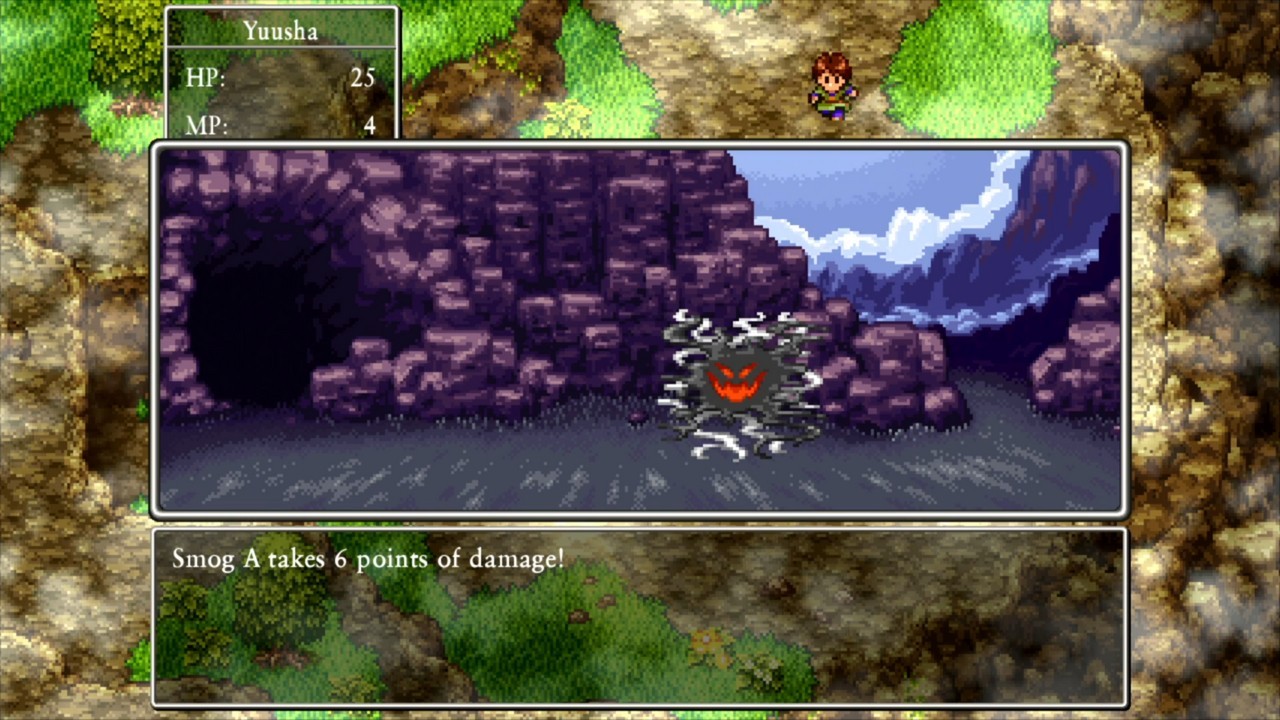 Still, that’s not the end of the 2D mode for DQ XI S as it also features additional content; and perhaps the biggest distraction of your playthrough would be the Ticktington, a magical town where tockles reside. Regardless which mode you’re currently playing, the town is in 2D.

Scattered around all over Erdrea are special Tockles who seeks the help of the Luminary as a dangerous monster is away to change the passage of time. By locating these Tockles, they’ll grant the Luminary pastwords to open portals and save the flow of time.

Bring in the Band 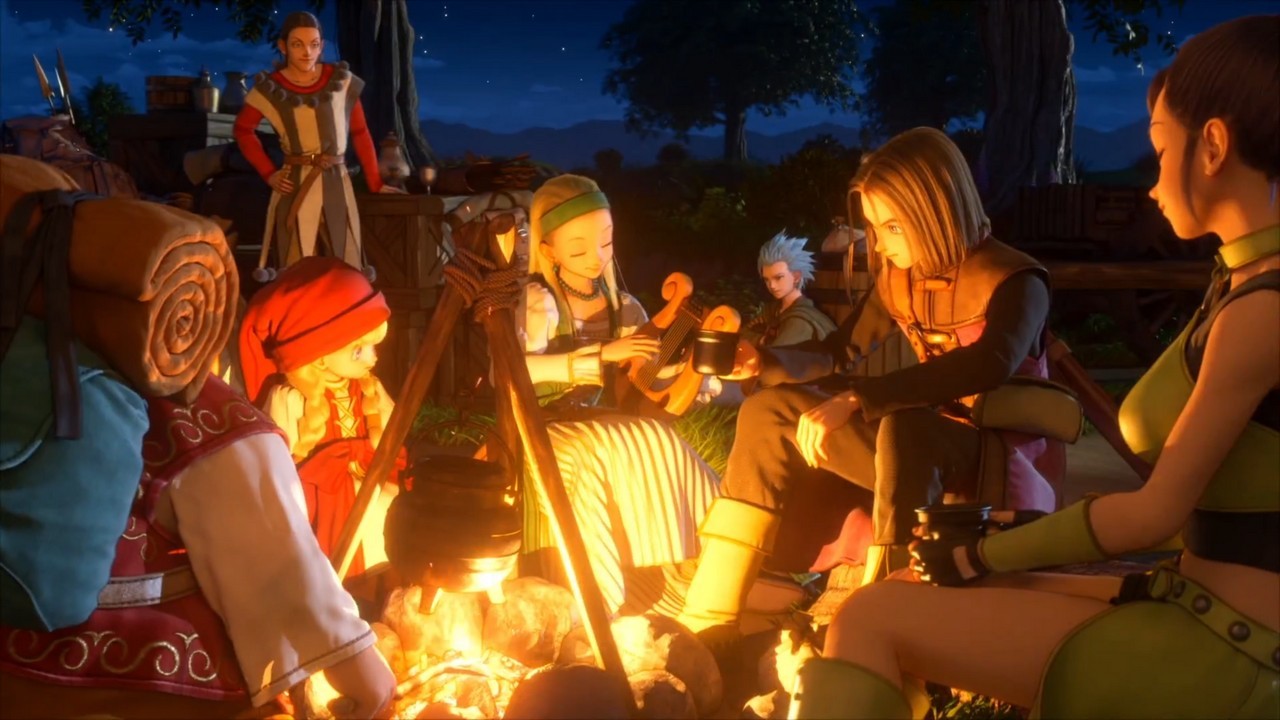 Another thing that the 2018 version received praise for is its wonderful music. I mean, just hearing and watching the opening sequence just gives me that wonderful feeling of yearning for an adventure. With the Definitive Edition, not only can you listen to the original symphonic music, you can also choose the the synthesized version of the in-game music, solidifying the classic feel even further. So if you’re a real person of tradition, you’ll enjoy the classic 2D JRPG experience with the added synthesized soundtrack.

Although I’m not really too sure if its just me, but during my playthrough I experienced a few frame drops in my PS4 Pro. Its does not occur often though and it’s far from a deal breaker.

Finally you can’t have a good story without lovable characters. From the beautiful but tough Jade to the fabulous and flamboyant Sylvando, the cast of characters is dynamic and memorable. You can even further your relationship with them by unlocking their very own story quests. Plus, if you really love your favorite character you can even marry them as the marriage system is now back.

Its the same Dragon Quest 11 two years ago, but with gameplay that is faster and more solid, polishing some of the rather slow aspects (particularly the turn based battle). If future DQ games will incorporate this or other JRPGs will have this kind of option, it would be much appreciated.

If you are planning on playing DQ XI before but still have no copy of your own, then Dragon Quest XI S: Echoes of an Elusive Age Definitive Edition is definitely the version game you should pick up. It just gives a ton of new content for newcomers and veterans to enjoy.