A Seven Deadly Sins anime movie is currently in the works

The upcoming movie will be set after the Seven Deadly Sins anime's final season. 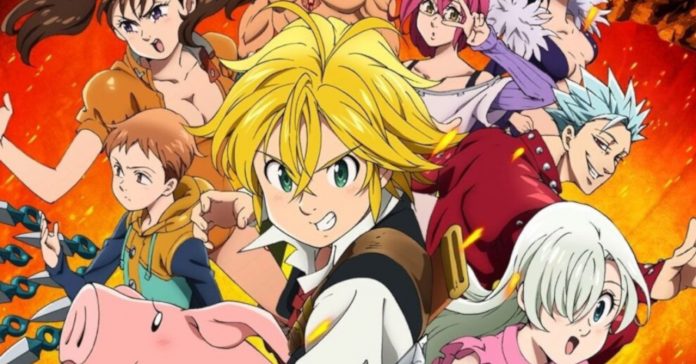 With the fourth and final season of the anime series currently airing in Japan, Kodansha has announced that a ‘The Seven Deadly Sins’ anime movie is currently in the works! While no release date has been announced, the film is targeting a summer 2021 release in Japan.

The upcoming anime film is titled The Seven Deadly Sins: Cursed by Light, and it will be set after the events of the anime series. Cursed by Light will also feature an all-new story by series creator Nakaba Suzuki.

While we don’t have a teaser or even a key visual for the movie yet, we do have our first look at the Seven Deadly Sins movie’s official logo:

In case you’re unfamiliar, The Seven Deadly Sins is a manga series that was serialized in Weekly Shonen Magazine from October 2012 to March 2020. The manga was then adapted into an anime series by A-1 Pictures and Studio DEEN. The final season, titled ‘Dragon’s Judgment’, is airing now in Japan, with an international release scheduled later this year on Netflix.

The Seven Deadly Sins is described by Kodansha as:

“When they were accused of trying to overthrow the monarchy, the feared warriors the Seven Deadly Sins were sent into exile. Princess Elizabeth discovers the truth—the Sins were framed by the king’s guard, the Holy Knights—too late to prevent them from assassinating her father and seizing the throne! Now the princess is on the run, seeking the Sins to help her reclaim the kingdom. But the first Sin she meets, Meliodas, is a little innkeeper with a talking pig. He doesn’t even have a real sword! Have the legends of the Sins’ strength been exaggerated … ? Prepare to get swept away by an epic fantasy story and colorful cast of characters that will rewrite the history of manga as we know it!”

Currently there’s no word yet on if the movie will release in theaters outside of Japan.