Resident Evil Re:Verse is a multiplayer deathmatch add-on releasing alongside RE Village

Re:Verse will be free for RE Village owners. 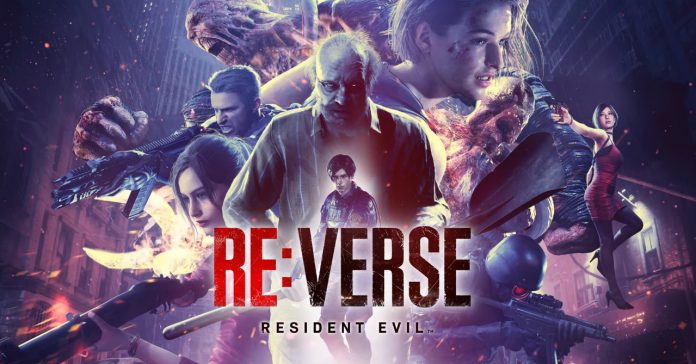 Aside from announcing RE Village’s release date and giving us our first look at gameplay, Capcom announced Resident Evil Re:Verse during the recent Resident Evil showcase. Re:Verse is a multiplayer deathmatch add-on that will be free for players who buy a copy of Resident Evil Village–think of what RE Resistance was to the RE3 remake.

Check out the teaser trailer for Re:Verse here:

Made as a thank you to fans for the series’ 25th anniversary, Re:Verse will let players take on the role of various characters in the RE series in four to six-player deathmatches.

Re:Verse is described as:

“In Resident Evil Re:Verse you can test your skills against other players in four to six-person deathmatch battles. Play as beloved characters from the Resident Evil series and turn the tides of battle with powerful bioweapons. Take part in 5-minute Deathmatches, where the player with the most points wins! Use the weapons and items you find to take down even more powerful enemies!

When your character is taken out, their body transforms into a powerful bioweapon which can be used against other players. Pick up multiple Virus Capsules to transform into even stronger bioweapons. Getting revenge with a bioweapon is also a great chance for more points!”

- Advertisement -
Previous articleCapcom gives us our first look at Resident Evil Village gameplay
Next articleIt looks like SNK vs. Capcom: The Match of the Millennium is coming to the Nintendo Switch