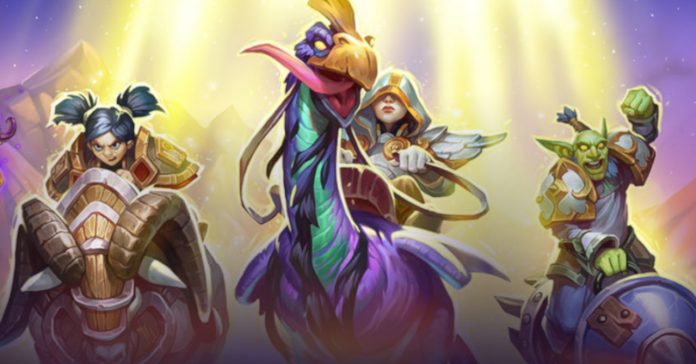 Heads up, Hearthstone fans. Blizzard has started to roll out the most dangerous competition in Azeroth — The Darkmoon Races!

One of the highlights of the Darkmoon Races is the new mini-set which features cards with returning card mechanics from Ashes of Outland, Scholomance Academy, and Madness at the Darkmoon Faire.

Finally, the new update is set to bring the Book of Heroes: Anduin, the fifth chapter in Hearthstone’s Book of Heroes. This new solo experience is free to all players, and will award 1 Priest Pack upon completion.

This new adventure is described as:

“Raised with the expectation he would follow in his father’s footsteps, Prince Anduin has instead forged his own way through the grace of the Light. He learned to wield holy magic as well as a sword, making him a unique figure among the royalty of Azeroth. Thus armed, Anduin has embarked on numerous adventures as far away as the storied realm of Pandaria and as close as the decaying ruins of Lordaeron.”

- Advertisement -
Previous articleIconic ‘End of Evangelion’ scene recreated in Terraria
Next articleCyberpunk 2077 had the biggest digital launch of all time, selling over 10.2M copies