The biggest reveals from the recent Nintendo Direct

From Skyward Sword HD to Splatoon 3! 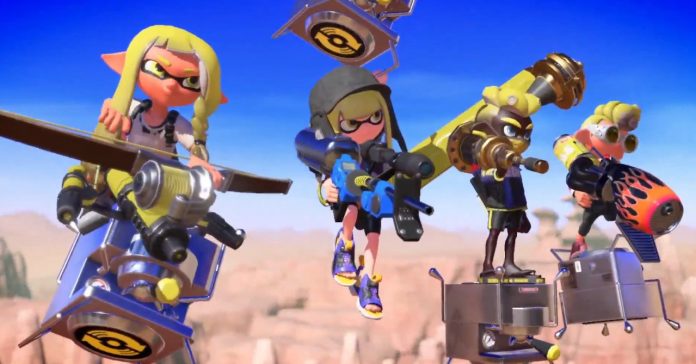 The latest full-length Nintendo Direct may not have given us more info on Breath of the Wild 2 or a new Metroid game, but it did have several big reveals of upcoming Switch titles.

In case you missed the stream earlier today, here’s a quick recap of the biggest announcements from the February 2021 Nintendo Direct:

Originally released for the Wii back in 2011, The Legend of Zelda: Skyward Sword is coming to the Switch, and it comes with revamped controls and updated visuals!

READ: The Legend of Zelda: Skyward Sword HD releases for the Switch this July

Splatoon 2 was a big hit for Nintendo, so it comes as no surprise that Splatoon 3 is currently in the works, and it will release sometime in 2022.

Xenoblade Chronicle 2 fans are in for a treat as Pyra and Mythra are joining the Super Smash Bros. Ultimate roster.

READ: Pyra and Mythra from Xenoblade Chronicles 2 are coming to Smash Ultimate

Mario Golf: Super Rush may look like a standard golf game with a Mario skin, but make no mistake, this game has a lot more going for it. Not only does it have a wealth of game modes, it even has a single player campaign!

One of the most anticipated games of the year for the Switch, Monster Hunter Rise got a new trailer at the Nintendo Direct ahead of its release next month.

Project Triangle Strategy (working title) is an upcoming game from the creators of Octopath Traveler. While it may look very much like Octopath, this upcoming title will have tactical-RPG gameplay reminiscent of games like Final Fantasy Tactics.

Another highly-anticipated Switch game is No More Heroes 3, and it got a new trailer at the recent Direct. The game releases on August 27 this year.

After taking over the world by storm last year, Animal Crossing: New Horizons is still getting a ton of new content, with the latest being an upcoming Super Mario collaboration.

Released way back in 1988 for the Famicom in Japan, Nintendo is releasing the two Famicom Detective Club titles on the Switch. These classic mystery adventure games received all new art, as well as full voice acting.

Aside from these big reveals and new trailers, the recent Nintendo Direct had a ton of other announcements. Check them all out here:

- Advertisement -
Previous articlePyra and Mythra from Xenoblade Chronicles 2 are coming to Smash Ultimate
Next articleThird wave of PS5 pre-orders in the Philippines to drop tomorrow, February 19