From The Way of the Househusband to Yasuke! 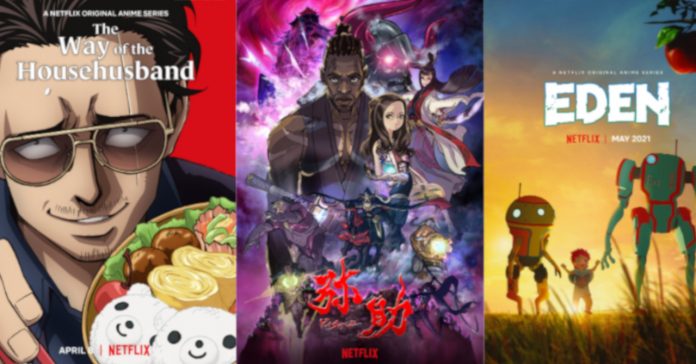 At AnimeJapan 2021 last Saturday, Netflix held a showcase which featured its upcoming anime series lineup for 2021. And before you ask, yes, Netflix has lots of impressive shows lined up for this year, including adaptation of hit manga series to all-new works!

Here’s a quick rundown of the five anime shows streaming on Netflix shows this year:

First up, we have Record of Ragnarok, an anime series based on the hit manga series of the same name. At AnimeJapan 2021, Netflix showed off a new trailer for the series, and it showed off more action-packed footage, as well as a glimpse at the series’ main cast of characters.

Record of Ragnarok is animated by Graphinica and directed by Masao Ōkubo. The show also features renowned voice actors, including Miyuki Sawashiro and Tomoyo Kurosawa.

The series streams on Netflix this June 2021.

Directed by Yasuhiro Irie (Fullmetal Alchemist: Brotherhood), Eden is an upcoming 3D animated series that’s set thousands of years in the future in the city of “Eden.” This city is inhabited solely by intelligent robots whose former masters have vanished ages ago; that is, until two maintenance robots accidentally awaken a human baby within the depths of the city. 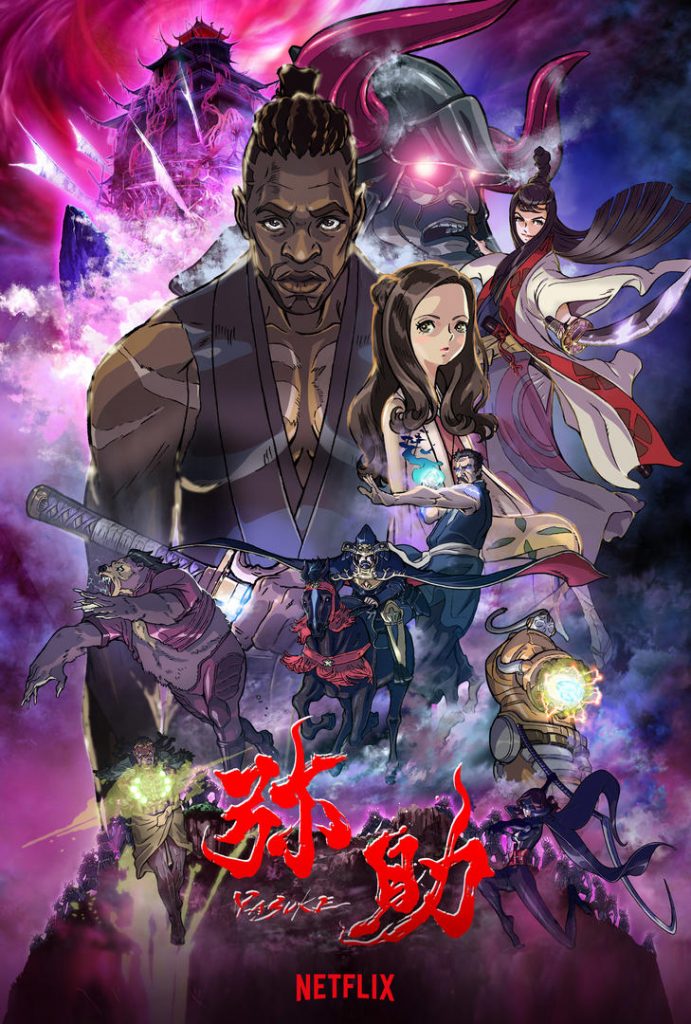 Announced earlier this month, the anime series Yasuke got a new key visual at AnimeJapan 2021. And in case you missed the reveal, Yasuke is an upcoming anime show that follows the first historical African samurai in Japan. Aside from its interesting premise, Yasuke also features big names, including Flying Lotus doing the soundtrack and with LaKeith Stanfield voicing the main character.

The Way of the Househusband

The Way of the Househusband is another upcoming anime series based on a hit manga, and at AnimeJapan 2021, Kenjiro Tsuda (voice actor of the main character) shared his excitement for the series.

Not familiar with the series? The Way of the Househusband follows Tatsu, a former yakuza that was known as “The Immortal Dragon.” Tatsu left his life of crime to support his working wife as a househusband. Though as a former yakuza, transitioning to the civilian life is far from simple.

Finally, we have Resident Evil: Infinite Darkness, another upcoming series highlighted at AnimeJapan. This series was announced a few months back, and it is a 3DCG series based on the popular Resident Evil series. Specifically, this series will follow Leon S. Kennedy and Claire Redfield.