Good on its own, but the competition is tough. 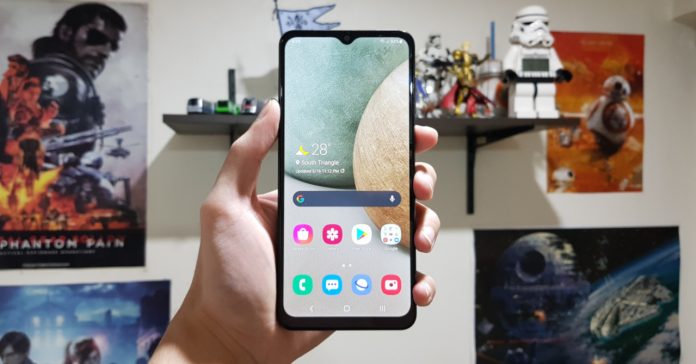 Samsung has recently launched its flagship S21 series and the premium mid-range A-series. Though these phones aren’t the brand’s only releases of 2021; earlier this year, Samsung launched the Galaxy A12, an entry-level smartphone that packs a quad camera setup, a Helio P35 processor, and a large 5,000mAh battery. 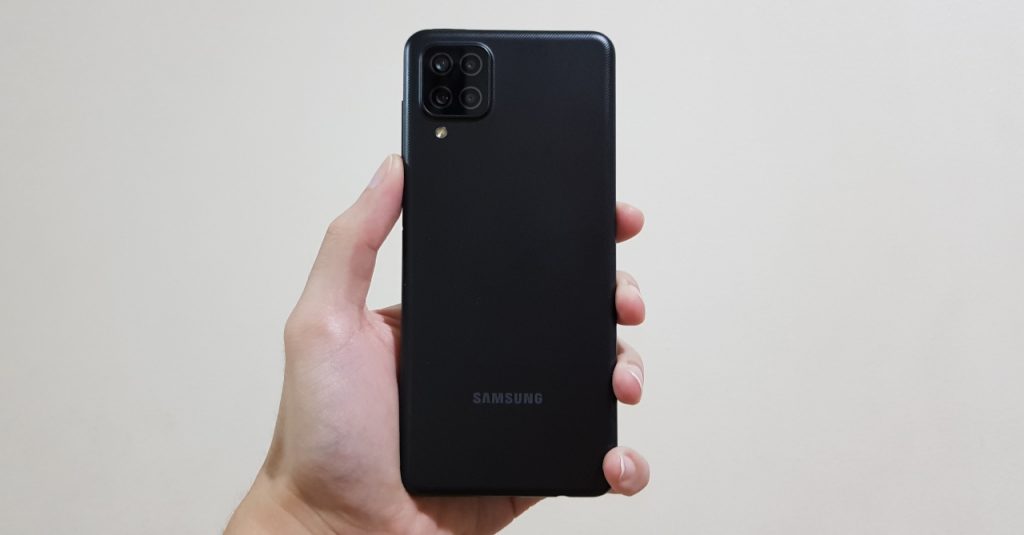 It’s fair to say that Samsung is an expert in making premium smartphones, but does that expertise also extend to its more budget-friendly offerings? After all, making an entry-level device that can stand out is tough, especially considering the sheer amount of great budget phones out in the market right now.

So does the Galaxy A12 deliver great performance and reliability given its sub-PHP10k price tag? Find out here in our full Samsung A12 review! 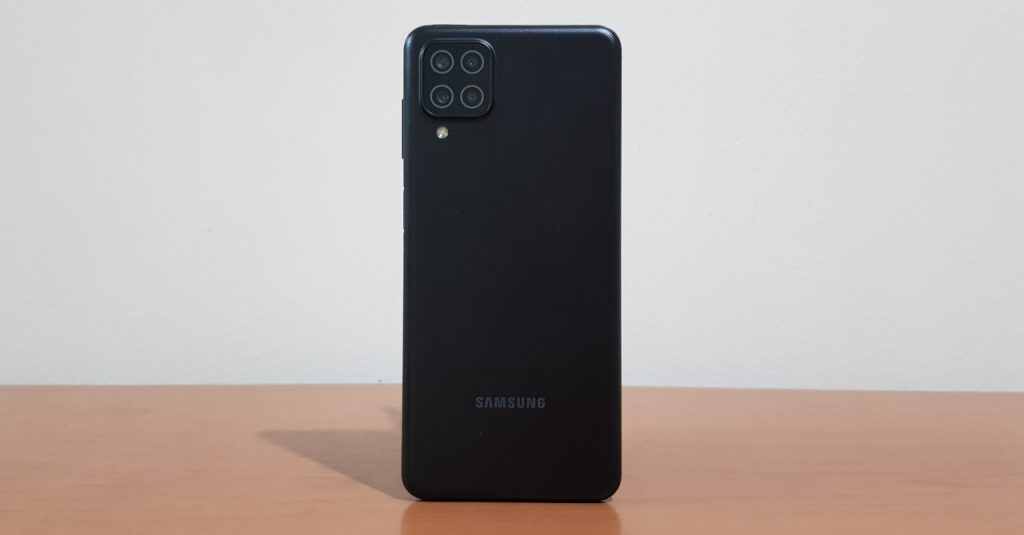 Before anything else, let’s first take a look at the A12’s design. From the back, the A12 in its black colorway looks a bit plain, with only a Samsung logo and the phone’s quad camera setup being of note. That’s not to say that it’s a bad looking phone though, it just wouldn’t stand out in a crowd if you get it in black. 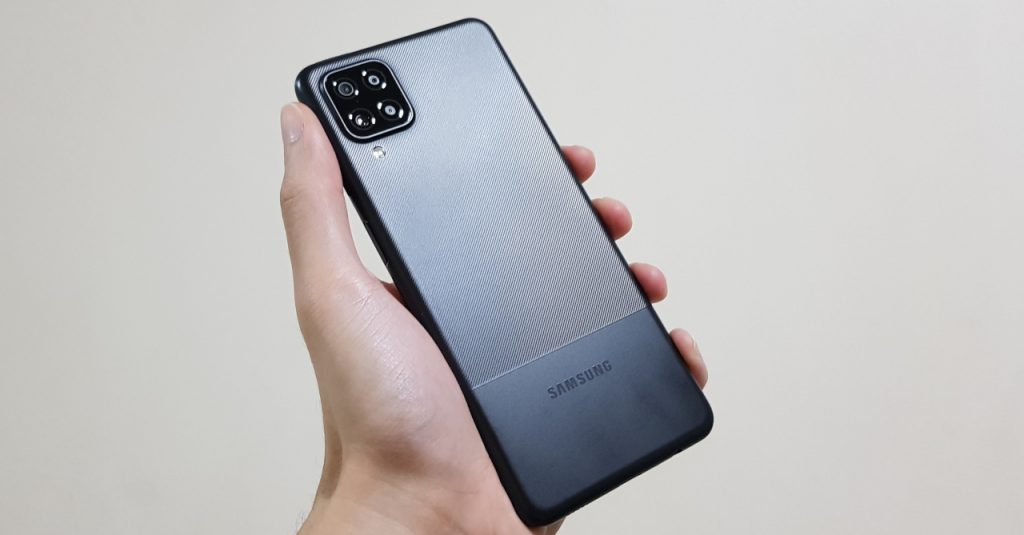 A closer look (and a shift in perspective) shows that the A12 has a two-tone matte finish in its back. The upper 2/3rds of the back has a patterned finish that feels nice in the hand. Meanwhile, the lower third has a smooth finish, making for a nice contrast. While it looks pretty nice for an entry-level phone, it doesn’t exactly feel too premium. Though on the bright side, it does feel quite sturdy to the point that I would use it without a case. 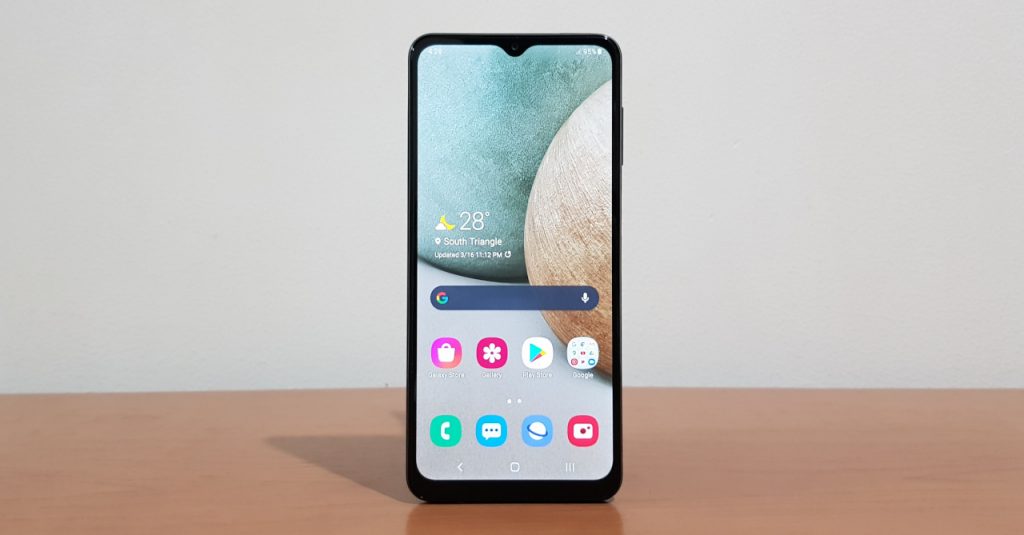 From the front, you can see the A12’s 6.5-inch display, complete with a waterdop notch at the top for its 8MP selfie shooter. If you’ve ever used an Android phone released over the past year or two, this look is definitely familiar. But again, the look of the A12 is not bad, and it should satisfy users who want a more no-frills device. 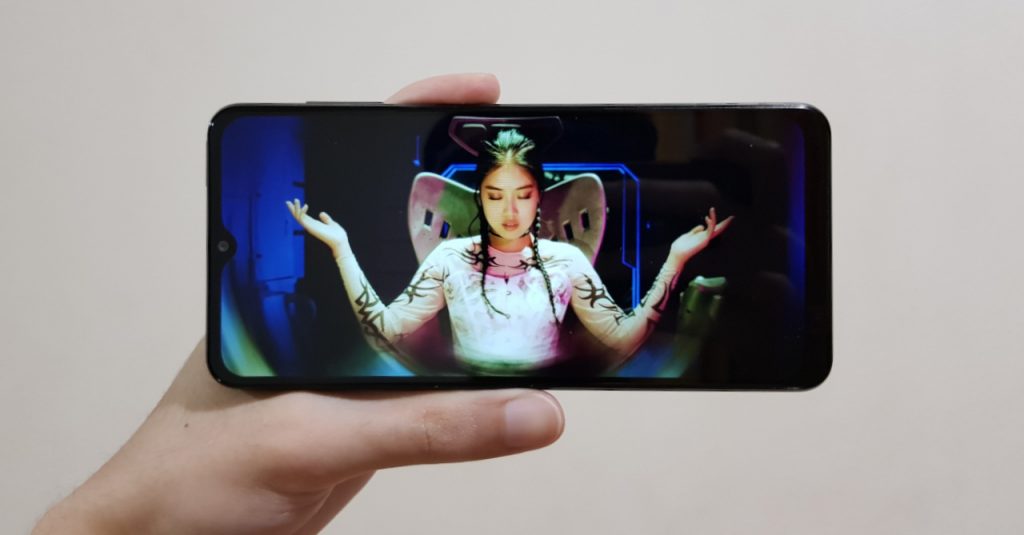 Speaking of its display, the Galaxy A12 packs a 6.5″ HD+ (720p) display. Unlike most Samsung phones which have AMOLED screens, the A12’s display is a standard LCD screen. This, coupled with its 720p resolution, means the A12 doesn’t exactly offer a great viewing experience. While it’s fine for a budget device, you shouldn’t expect it to look as good as more premium mid-rangers, especially those with vibrant AMOLED panels.

As for sound quality, the onboard speakers are serviceable, as long as you don’t expect mid-range level sound quality. This means that for binge-watching or for a better overall listening experience, headphones/external speakers are a must. So it’s a good thing that the A12 packs a headphone jack.

The phone is powered by a MediaTek Helio P35–a fairly old processor by today’s standards, though our Samsung A12 review unit has 6GB of RAM (there’s also a 4GB RAM varaint) to complement the chipset. So how does the A12 perform for gaming? It actually holds up pretty well for popular mobile esports titles.

For less demanding games such as Mobile Legends, the A12 had no problems, though the game did default to the Medium graphics setting (which I recommend keeping). When playing slightly more hardware-intensive titles, you may have to lower the graphics settings, but the A12 should still work well.

The benchmark scores of the phone reflect this. On the 3DMark Sling Shot test, the A12 scored 710. Though on the more demanding Wild Life benchmark, the phone wasn’t able to run it at all.

Moving on to the cameras, the Samsung Galaxy A12 packs a 48MP main + 5MP ultra-wide-angle + 2MP macro camera + 2MP depth sensor quad rear camera setup, as well as an 8MP front shooter. On paper, the cameras are great, but they’re not the best for nighttime photography.

For brightly-lit outdoor and indoor shots, the 48MP main shooter takes good photos that have a nice amount of detail. Of course, most of today’s phones excel in these situations, to the result should not be a surprise.

At night though, image quality takes a noticeable dip. Photos taken at night with the main rear shooter can turn out blurry or lacking in detail. It doesn’t help that the A12 does not have a dedicated Night Mode in its camera app. A bit disappointing, especially considering that other budget phones already have this feature.

The same can be said for its ultra-wide camera. For wider shots, the A12’s shooter is good enough when taking pictures in brightly-lit outdoors or indoors. Though again, low light performance is not great, with photos appearing too dim and noisy.

For its front shooter, the Galaxy A12 is able to take good quality selfies that are social media ready, though the image quality of these selfies is not class-leading. Plus, I found the beautification feature to be a bit too much by default, so take note of that when taking selfies.

The Samsung A12 in our review time had okay performance, meaning it should hold up well for most use cases, including social media, email, and word processing. Though there is a sense that the phone could use a bit more power (or optimization) as navigating the phone’s UI can feel a bit sluggish at times. On the flip side, at least the phone did not hang and didn’t really bog down in my time with it. 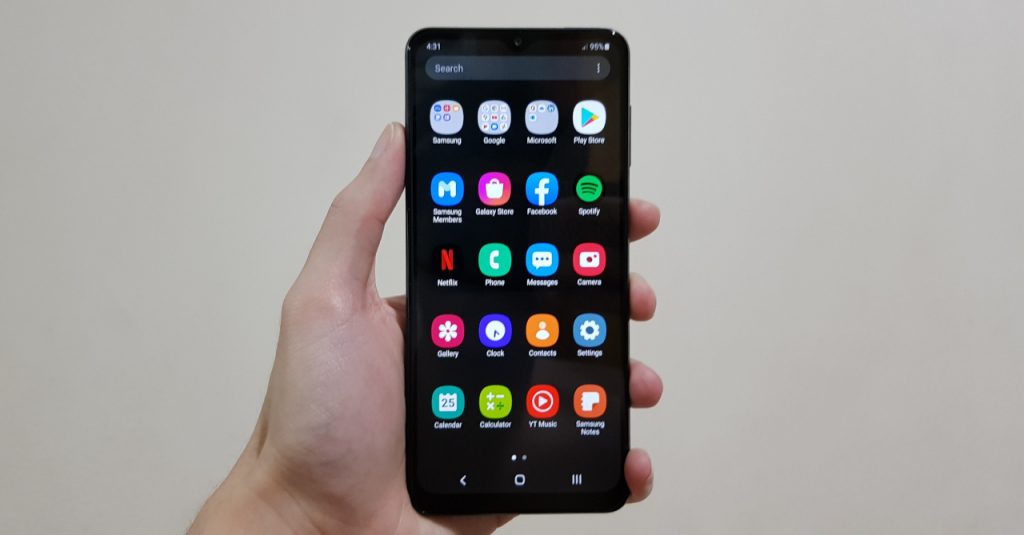 If battery life is your priority, the Samsung Galaxy A12 will not disappoint. Thanks to its 5,000mAh battery, the A12 will easily last you for over a day of use in a single charge. If you’re frugal with your usage, the A12 can last for two days.

Other nice features of the A12 include a USB Type-C port (always welcome in budget smartphones), as well as its responsive side-mounted fingerprint scanner. 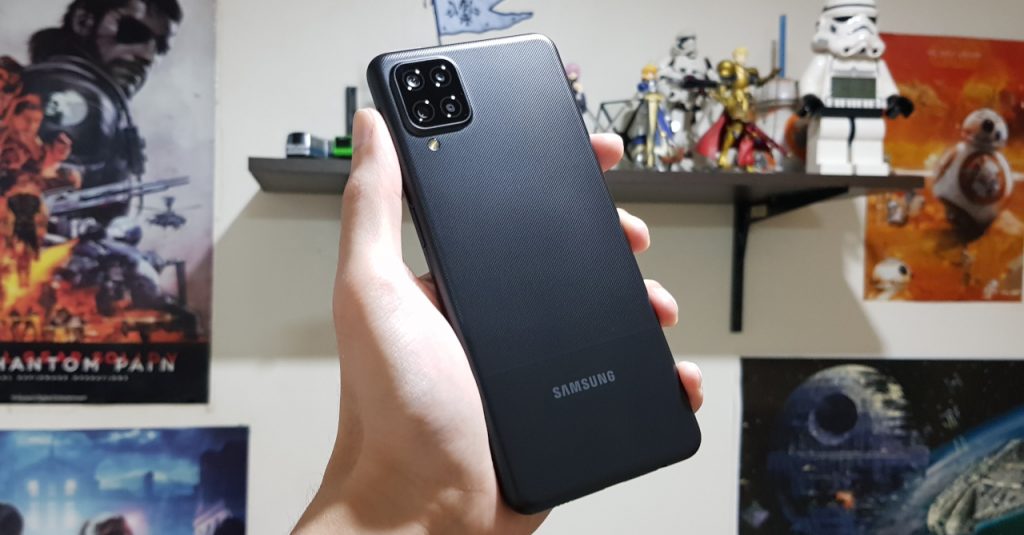 On its own, our Samsung Galaxy A12 review finds that it is a nice budget smartphone. While it may not be able to handle all games out there, it has enough performance for light gaming and for everyday use. The phone’s cameras are also pretty decent in good lighting conditions, and its battery life is excellent.

At PHP 9,990 for the 6GB model and PHP 7,990 for the 4GB though, the A12 isn’t exactly the best bang-for-buck. The competition is tough in the budget segment, meaning you’ll likely spot phones that offer better value than the A12. Though if are set on getting a Samsung device because of its UI or its design, the A12 can be worth taking a look at.

For more info on the Galaxy A12, visit the official Samsung website.

- Advertisement -
Previous article
Ratchet & Clank (2016) is getting a 60FPS update on PS5 this April
Next article
Seagate joins the Shopee 4.4 Sale with big deals