The new Yuffie episode will be two chapters long. 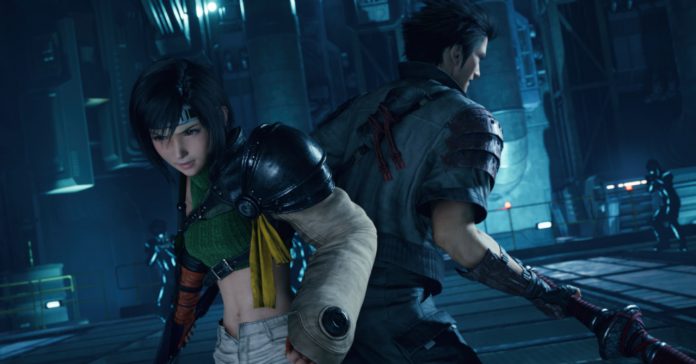 Following the game’s announcement last week at the State of Play broadcast, Square Enix revealed more info on Final Fantasy 7 Remake Intergrade, the enhanced version of last year’s FF7 Remake for the PS4. Aside from graphics upgrades, Intergrade will feature an all-new episode!

The upcoming episode is a PS5 exclusive that will be two chapters long and will be set after the Mako Reactor 5’s destruction (when Cloud gets separated from Barret and Tifa). In the episode, players will take control of fan-favorite Yuffie Kisaragi, as well as the new character Sonon Kusakabe.

As for how she plays, Yuffie is proficient in both close-quarters combat and ranged attacks, making for a unique playstyle. Yuffie is also able to interact with her environment in multiple ways, including the ability to smash Shinra boxes from far away or flip
out-of-reach switches by throwing her shuriken. She can also perform ninja-like actions such as traversing latticed walls.

The new Yuffie episode is described by Square Enix as:

“Amidst the confusion of Mako Reactor 5’s destruction, Wutai makes its move on the city of Midgar.

Yuffie and her partner Sonon, two elite ninja operatives for the Wutaian government, have been assigned a dangerous mission: to steal the Shinra Electric Power Company’s most powerful materia. Together with Avalanche HQ’s support, they cross behind enemy lines to reclaim their homeland’s former glory and exact revenge long in the making.

Unbeknownst to Yuffie, however, the wheel of fate is turning, and unforeseen consequences await.”

Aside from the Yuffie episode details, Square Enix also revealed more info on the PS5 upgrades for FF7 Remake. Intergrade will feature:

Final Fantasy 7 Remake Intergrade releases on June 10, 2021 on the PS5. The game’s Physical and Digital editions will come with the Yuffie episode.

Existing owners of FF7 Remake on PS4 will get a free upgrade to the PS5 enhanced version (except for those who claimed FF7 Remake for free via PS Plus). The Yuffie episode will not come with the free upgrade though. Instead, players can purchase the DLC when it releases.