Nier Replicant Guide: Completing all the Fishing Side Quests

Complete all Fisherman's Gambit Quests with this Fishing Guide. 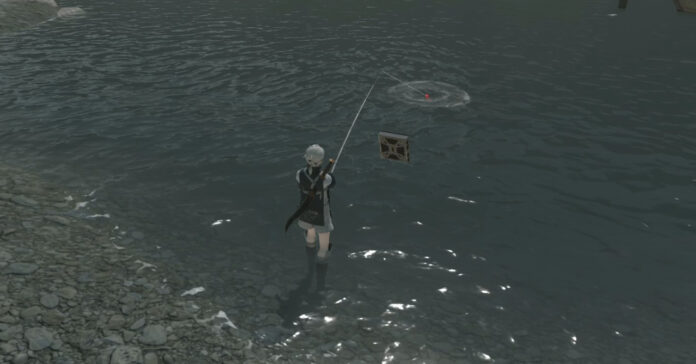 Nier Replicant ver.1.22474487139… has 70 side quests, several of which revolve around the fishing mini-game. While the game explains how fishing works, there are a lot of details about the mini-game that aren’t explained, meaning you’ll have to learn them yourself.

If you need a bit of help for the series of Fishing quests, don’t worry as we have just the thing for you! Here’s our Nier Replicant Fishing guide that includes handy images that you can use as references for the Fishing side quests.

Take note though, this Nier Replicant fishing guide is based on an old guide written way back in 2010 for the original Nier release (so credits to knightdedede on the Xbox Achievements forum). But this guide has been fully tested on the Nier Replicant remaster. 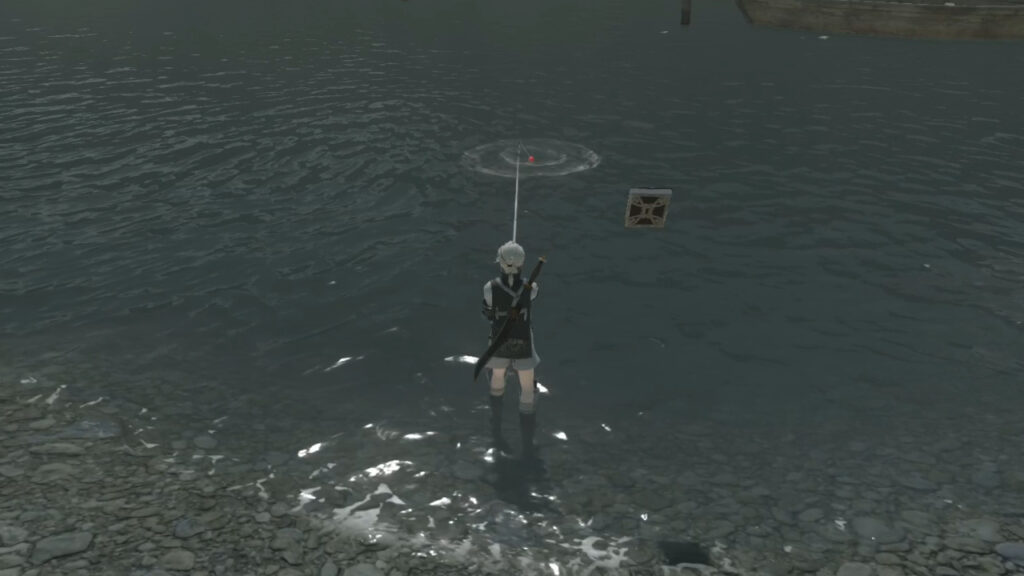 In the fishing mini-game, you first have to select the type of bait to use. Once the bait is thrown into the water, you must wait until you get a big bite and the bait gets submerged. As this happens, you should press O (on PS4) or tilt the left analog stick downwards to hook the fish. 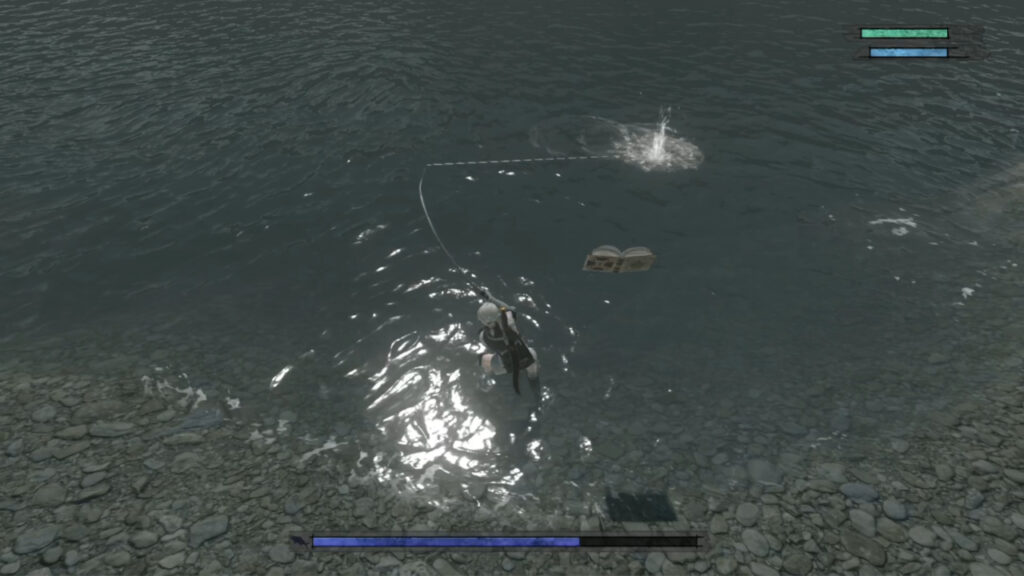 Once a fish is hooked, a “health bar” will appear on the lower part of the screen. Your goal now is to reduce the bar to zero, and to do that, you must tilt the left analog stick in the direction opposite to where the fish is. Of course, the fish will try to move so you’ll have to shift where the analog stick is tilted, else the fish will get away. As the bar is reduced to zero, you will successfully catch the fish.

While most fish can be caught by waiting for the bait to get fully submerged, different types of fish have unique tug patterns. These are important to take note of as you progress through the fishing side quests:

With this in mind, here’s a step-by-step guide on the Fisherman’s Gambit side quest series. Take note, complete these quests aren’t required to finish the game, but finishing these quests will improve your fishing skill. This is important if you want to get all of the game’s Trophies/Achievements. Also, make sure to bring enough bait to save you time running around if you don’t manage to catch enough. 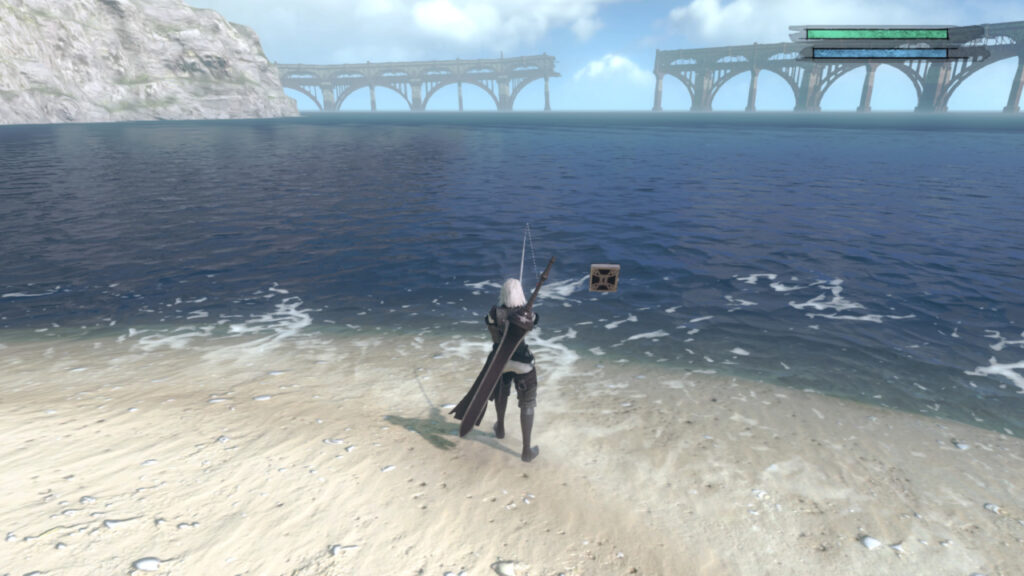 The tug pattern for sardines is 1.2.3; pretty simple. Getting 10 sardines should be easy, so you should be able to quickly finish this quest by going back to the old man and giving him the sardines.

For your next quest, the fisherman will task you with catching 7 blowfish. Similar to sardines, this fish can be found in the Seafront Beach and they can be caught using lugworms. Though they can also be caught from the Seafront Wharf (where the boats/ships in Seafront are).

The tug pattern for blowfish is 1.2.3–the same as for sardines. Once you have 7 blowfish, return to the old man and he’ll give you more lessons.

In Part 3, the old man asks you to catch 7 rainbow trouts. For this fish, you’ll have to head over to the Northern Plains, specifically on the dock. To catch rainbow trouts, you’ll need a Lure which you should already have. If you accidentally sold it, you can buy one at the Seafront Tackle Shopkeeper. 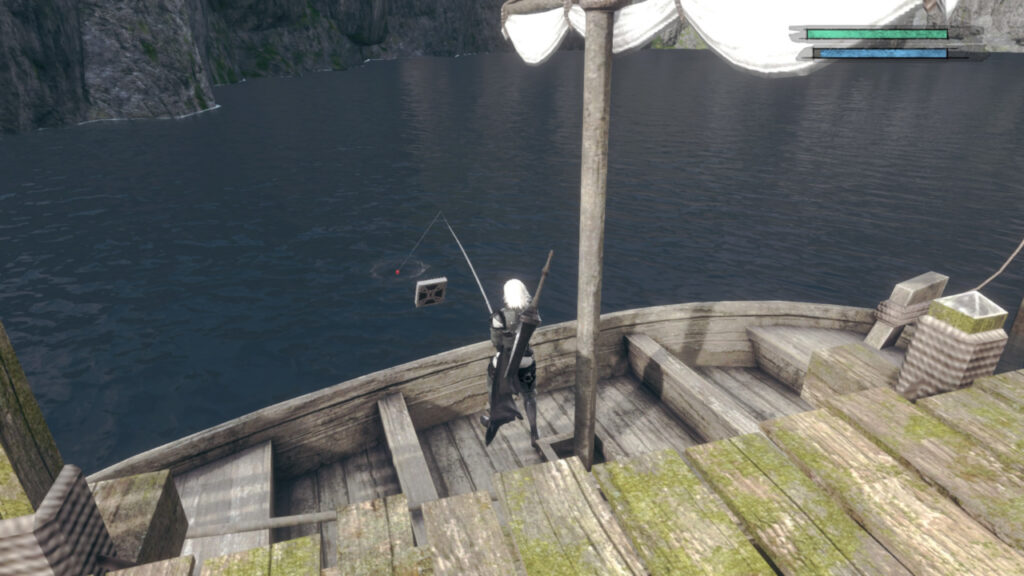 The tug pattern for rainbow trouts is again 1.2.3. After catching 7 of them, return to the fisherman for more lessons.

Up next, you’ll have to catch 5 breams. For this fish, you’ll need to go to the Seafront Wharf or the Seafront Beach and use lugworms.

The tug pattern for breams is 1.2.3. After catching 5 breams, go back to the old man for another round of lessons.

For Part 5, you’ll be asked to catch 5 Black Bass. This fish can be found in the Village lake and can be caught with the Lure. 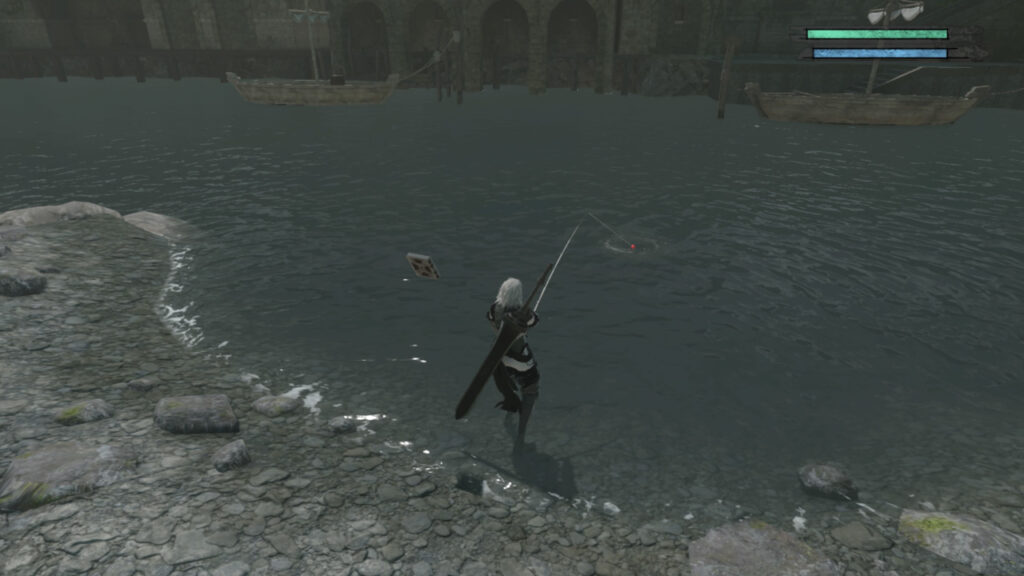 The tug pattern for Black Bass is 1.3. After catching them, go back to the fisherman for even more lessons.

Part 5 of the Fisherman’s Gambit quest line is the last that you’ll be able to play in Part 1 of the game. The rest of the quests will unlock starting in Part 2.

In Part 2, the sixth Fisherman’s Gambit quest will open up, and now the old man will task you with catching 3 sandfish. For this unusual fish, you’ll need to head over to the Desert Dock and use a Lure. 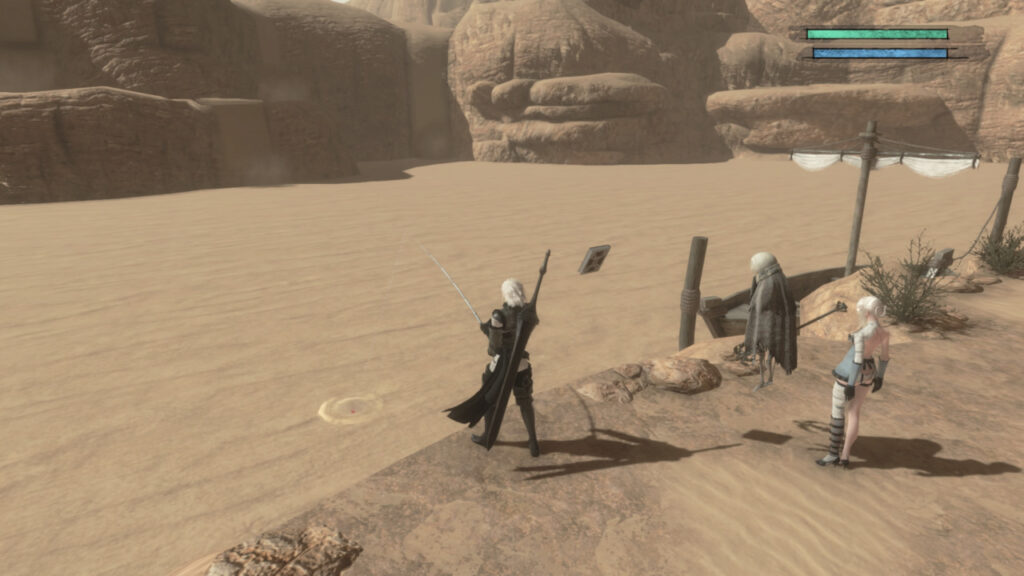 The tug pattern for sandfish is “3”–yes there’s only one big tug on the line. After catching three of these, return to the old man.

For Part 7, your quest is to catch 3 royal fish. This type of fish is located in the Eastern Road River, and you’ll need Earthworms from the Seafront Tackle Shopkeeper to catch them. 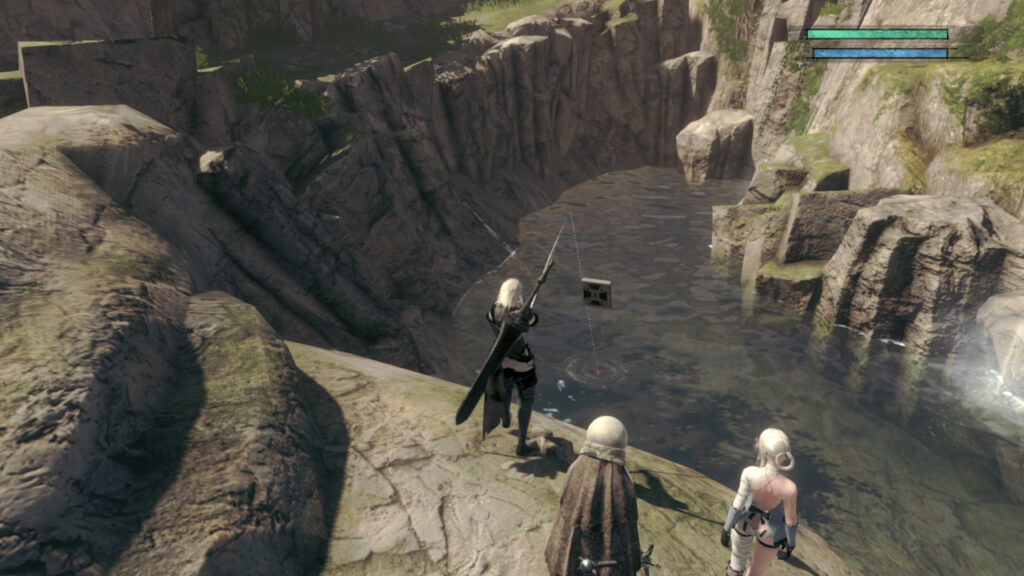 The tug pattern for royal fish is 1.2.3. After getting them, go back to the fisherman to complete the quest, as well as for another round of lessons.

In Part 8, your task is to catch 2 blue marlins. These big fish can be caught from the Seafront Wharf, and you’ll need sardines to catch them. Bring sure to bring around 10 or so sardines as they can be quite tricky. 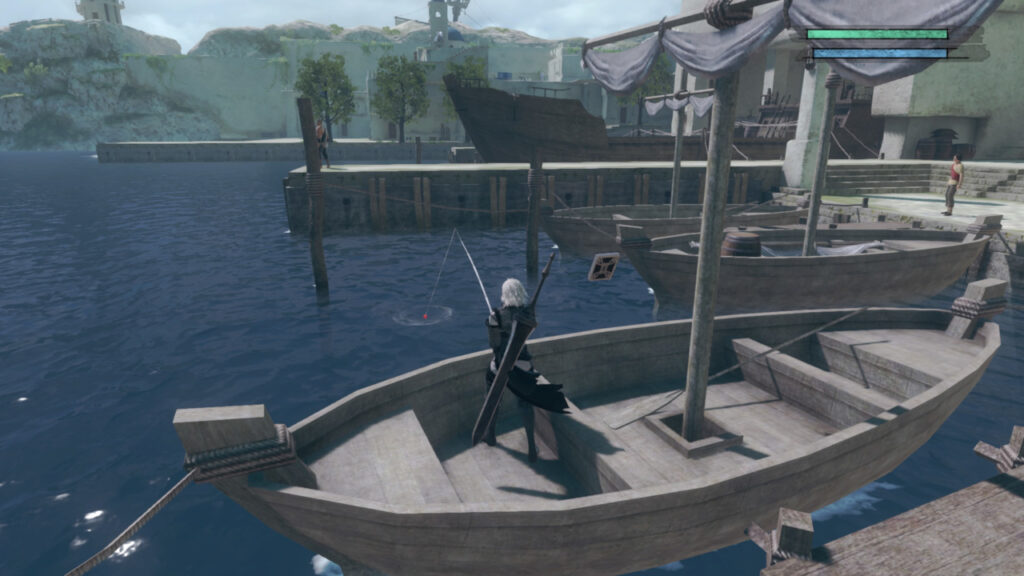 The tug pattern for blue marlins is just a “3.” Once you have two, return to the old man for the final quest.

The final quest in the series tasks you with catching the hyneria, a legendary fish. This fish can be caught only in the Desert Dock, and will require sardines

The tug pattern for hyneria is 1.2.3. As a “legendary fish”, getting a hyneria is a bit of a challenge, so make sure to bring around 15 sardines or more.

Once you catch one, return to the old man. With this, you should be done with the Fisherman’s Gambit quest line! That’s not the end of our Nier Replicant fishing guide though as there are two other quests where you’ll need to use your fishing rod.

First off, we have the Bon Appetit quest in Part 1, given by the Seafront Tavern Keeper. For this quest, you’ll need five bags of rice, five mushrooms, and five sharks. While you can farm or buy the other items, you’ll need to fish for the shark.

If you’ve finished Part 1-5 of the Fisherman’s Gambit in the first half of the game, catching sharks should be easy. If you haven’t yet though, you’ll need sardines as bait to catch them at the Seafront Beach. The shark tug pattern is 1.3.

In Part 2 of the game, you’ll get another Bon Appetit quest from the Seafront Tavern Keeper if you completed the first one. For this quest, you’ll need 10 bags of rice and 10 giant catfish. Getting giant catfish isn’t too difficult, but you’ll need to fish in two spots.

First, you’ll need carps which can be caught using earthworms on the Village lake. After getting enough carps, move to the Eastern Road River and use carps to catch giant catfish.

The giant catfish tug pattern is 3.3. If you’ve finished all the Fisherman’s Gambit quests before this, getting giant catfish should be quite easy.

Found our Nier Replicant fishing guide helpful? Check out our weapons guide, as well as our guide on getting Pink Moonflowers.

- Advertisement -
Previous article
Nier Replicant Guide: How to get all the Weapons
Next article
AOTU World is now live in Southeast Asia for Android devices