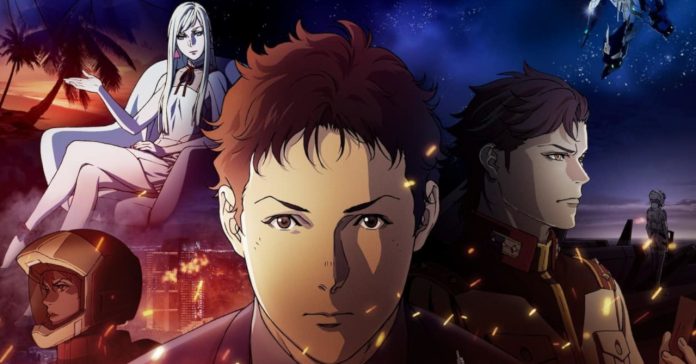 At Netflix’s Geeked Week, it was revealed that Mobile Suit Gundam: Hathaway is coming soon to Netflix! The upcoming Gundam film will release soon exclusively on the said streaming platform, and it will likely release in most regions. Though we’ll have to wait for more word from Netflix to find out which regions will get the upcoming Gundam film.

In case you’re unfamiliar, Mobile Suit Gundam: Hathaway is the first of a three-part anime film series based on the “Hathaway’s Flash” light novel seriess. The movie follows Hathaway Noa who joins the terrorist organization “Mafty” as they fight against the Earth Federation.

Hathaway’s premise is described by Netflix as:

“After Char’s rebellion, Hathaway Noa leads an insurgency against Earth Federation, but meeting an enemy officer and a mysterious woman alters his fate.”

Gundam: Hathaway is highly anticipated by Gundam fans, especially Filipino fans. This is because the film is set in the Philippines. In fact, the film will even feature the iconic Filipino fast food chain, Jollibee.

The upcoming Gundam Hathaway movie will release soon on Netflix, though no official release date has been announced yet. Meanwhile, the film has now been released in Japanese cinemas, with a Philippine cinema release to follow soon.

- Advertisement -
Previous article
A new Metal Slug roguelike/tactics game is coming to PC!
Next article
He-Man is back in ‘Masters of the Universe: Revelation’ on Netflix