From Demon Slayer to Mob Psycho 100, here are our top Netflix anime picks! 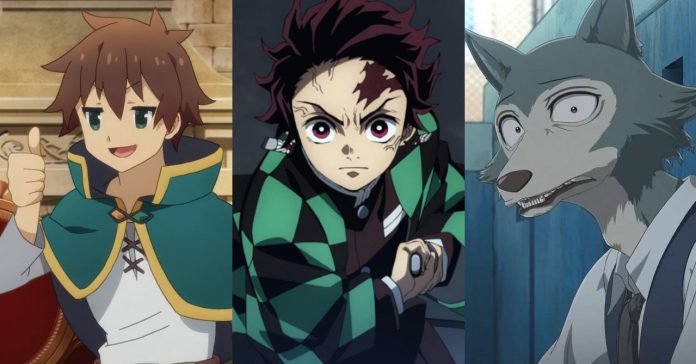 Netflix continues its effort to expand its catalogue of anime series, even going so far to make their very own Vtuber as an Anime ambassador. This makes getting a Netflix subscription a great deal for anime fans as it is the most widely available platform to legally stream anime.

In case you’re not sure what to watch though, here are ten of our favorite anime shows that you can watch right now on Netflix!

Do keep in mind though this is not a tier list of any sort as this list was made as a recommendation more for those who are just getting started on watching anime, or may have not watched anime in years. So if you’re an anime veteran, you probably have already seen most of the shows here. Also, we won’t be including Castlevania and Dota: Dragon’s Blood; despite them being good, we’re going to be including made in Japan animated shows.

Finally, this list is based on anime series that are available on Netflix in the Philippines. Regional availability of these shows may vary. 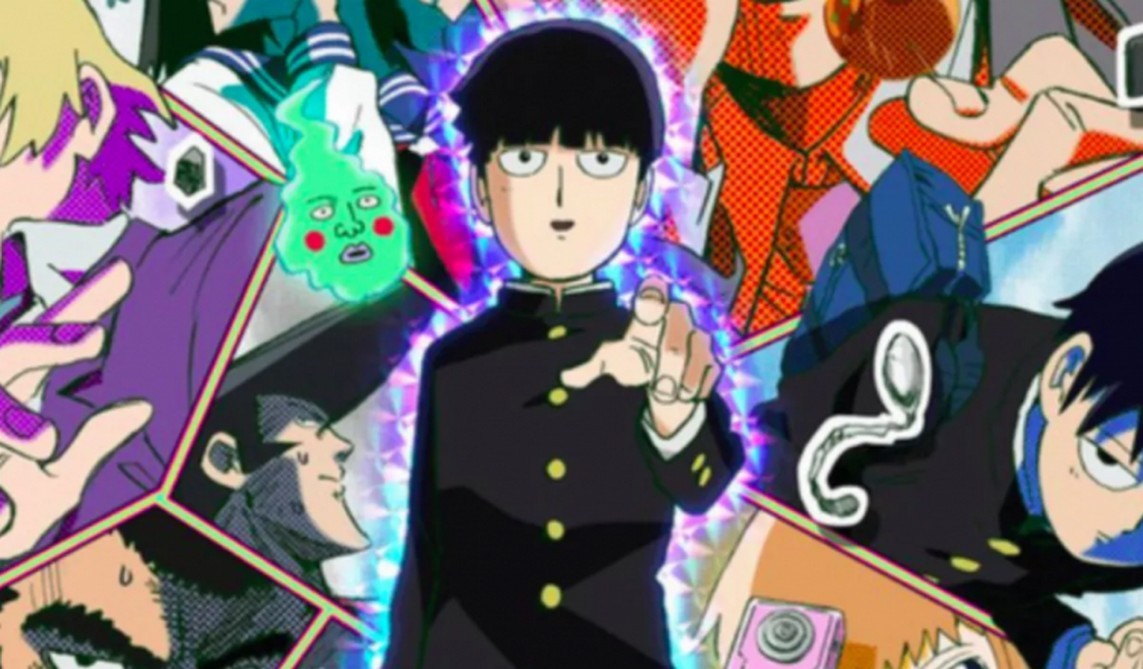 If you loved One Punch Man, then you’ll definitely love Mob Psycho 100, a series from the creator of OPM ONE. Mob Psycho 100 also revolves around an overpowered protagonist named Shigeo Kageyama or Mob, but instead of using brawns, he uses the power of the mind as he’s a powerful psychic. The series also sports that over-the-top action and comedy, all while tackling some interesting themes like how no one is superior to the other, because many of the antagonist that Mob meet is in the impression that they must rule over other people just because they have special gifts. 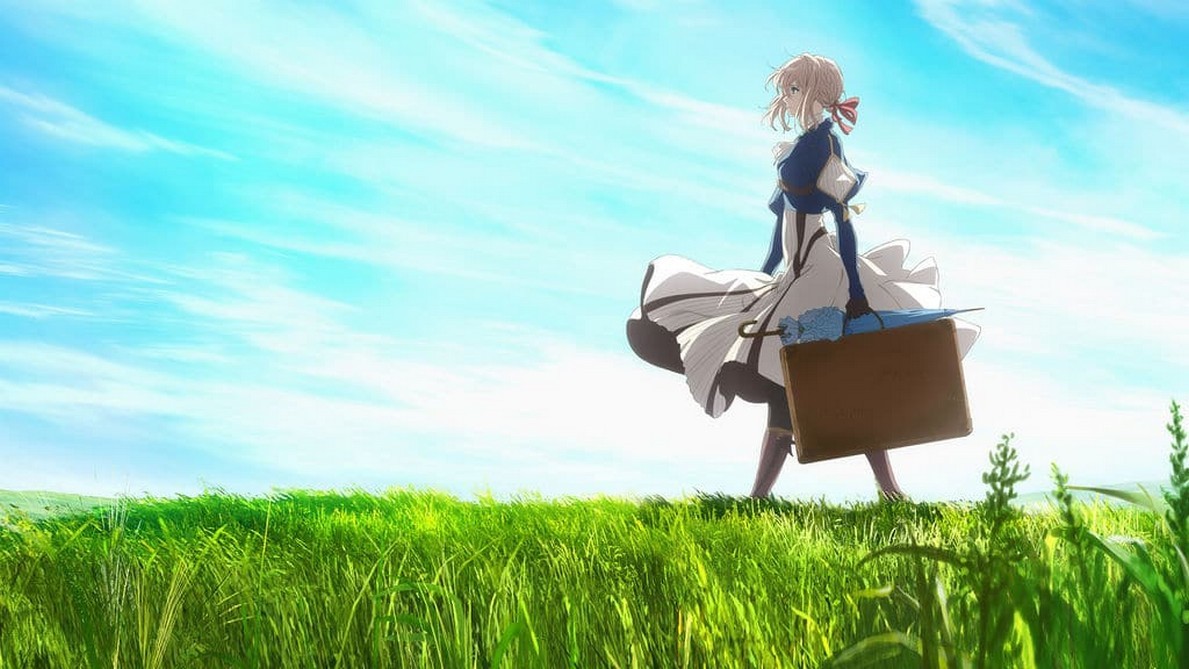 Ah Violet Evergarden… even the mention of the title makes me emotional already. The series is a real emotional ride as it tackles the meaning behind the Major’s final words to Violet Evergarden, a former soldier turned “Auto Memory Doll”. An Auto Memory Doll being a ghoswriter for people who cannot write or have trouble expressing their feelings. Speaking of feelings, you’ll be feeling a lot while watching this, so you definitely need something to wipe your tears if you plan on giving this a watch. 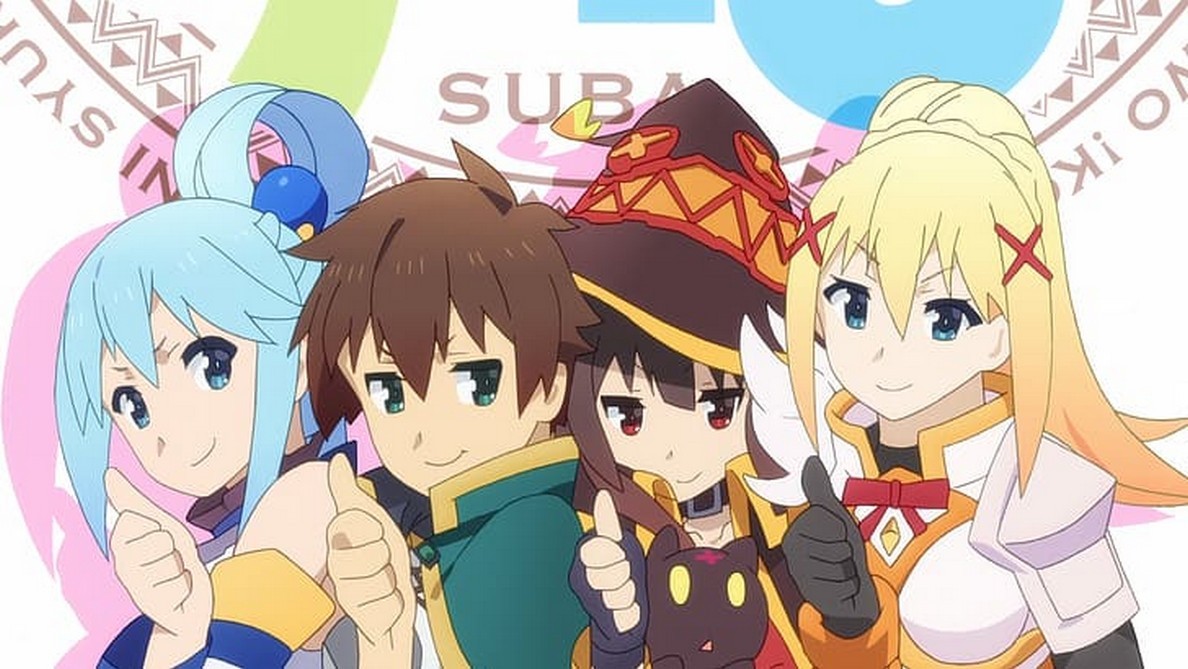 Konosuba is a parody of every RPG themed “Isekai” anime series ever made, and it’s just pure comedy! Konosuba may at seem like your typical Isekai anime, as the main goal of Kazuma and his friends is to defeat the new Demon King. The problem is, Kazuma is a petty guy, Aqua is a useless goddess, Megumin the mage can only cast one spell, and Darkness is a straight-up masochist. Every episode is just comedy gold, though it does have a surprising amount of heart. If you need something to laugh out loud to, this series is for you! 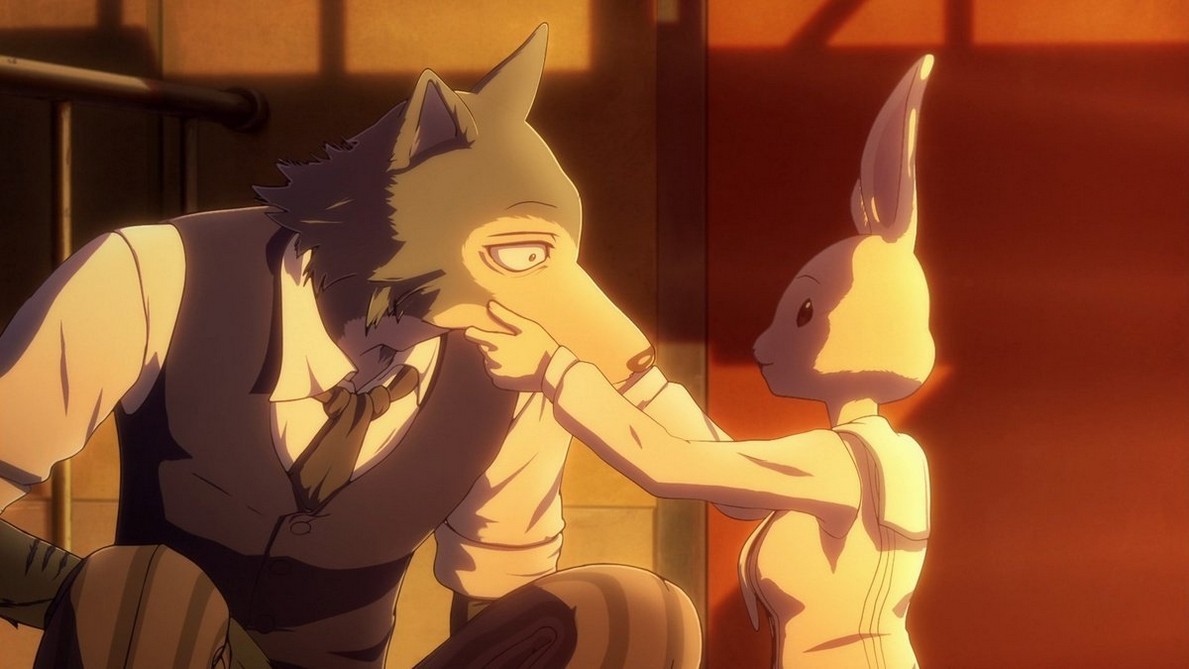 Have you ever watched something weird but can’t stop yourself from watching it because you were enjoying it? That’s the exact thing that I got with Beastars, because this show is just weird at first, but the characters and story is just good. For its premise, think of it as Zootopia, but much darker as it not only tackles issues about prejudice against races, but Beastars go beyond by featuring darker issues like human trafficking (er… animal trafficking) or human urges represented by the carnivores’ instinct to eat meat. It even explores taboo relationships that are unconventional to social norms. 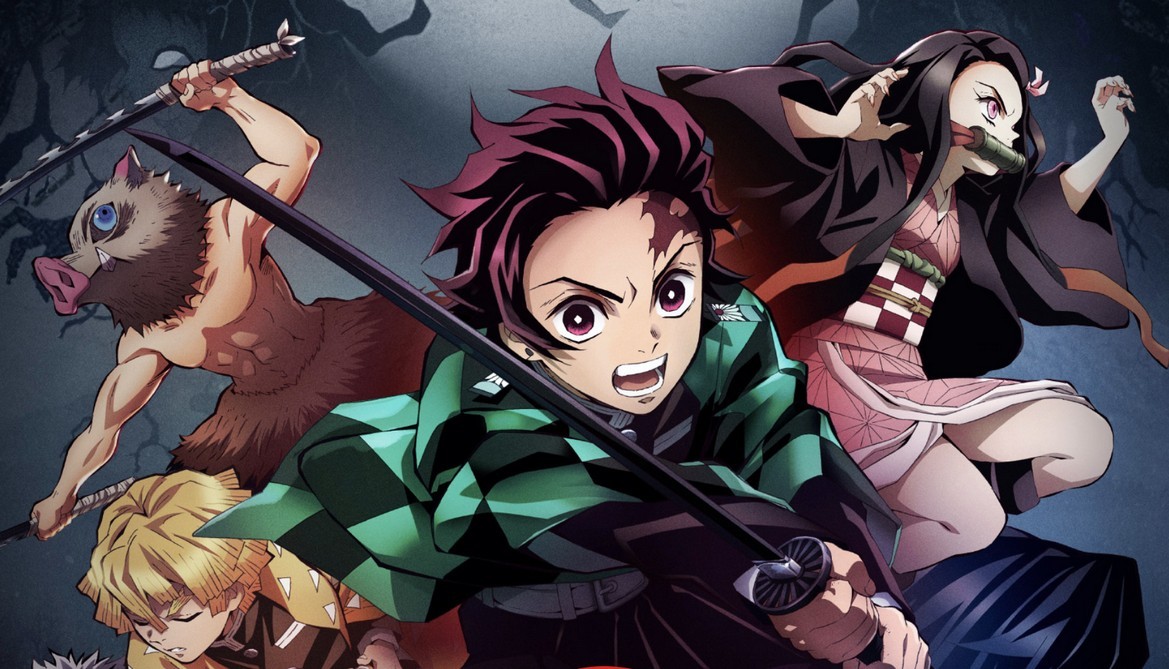 The popular series that took anime fans by storm back in 2019 and still currently going strong, Demon Slayer or Kimetsu no Yaiba is currently available on Netflix. This series is hard to miss, especially when it’s the hot topic in the town. The animated series skyrocketed the series’ popularity with its brilliant visuals and wonderful soundtrack, including the anime’s main theme Gurenge that won two music awards. If you think that Naruto, One Piece, and DBZ is a staple for an anime fan to watch then you can also include Demon Slayer to that list. 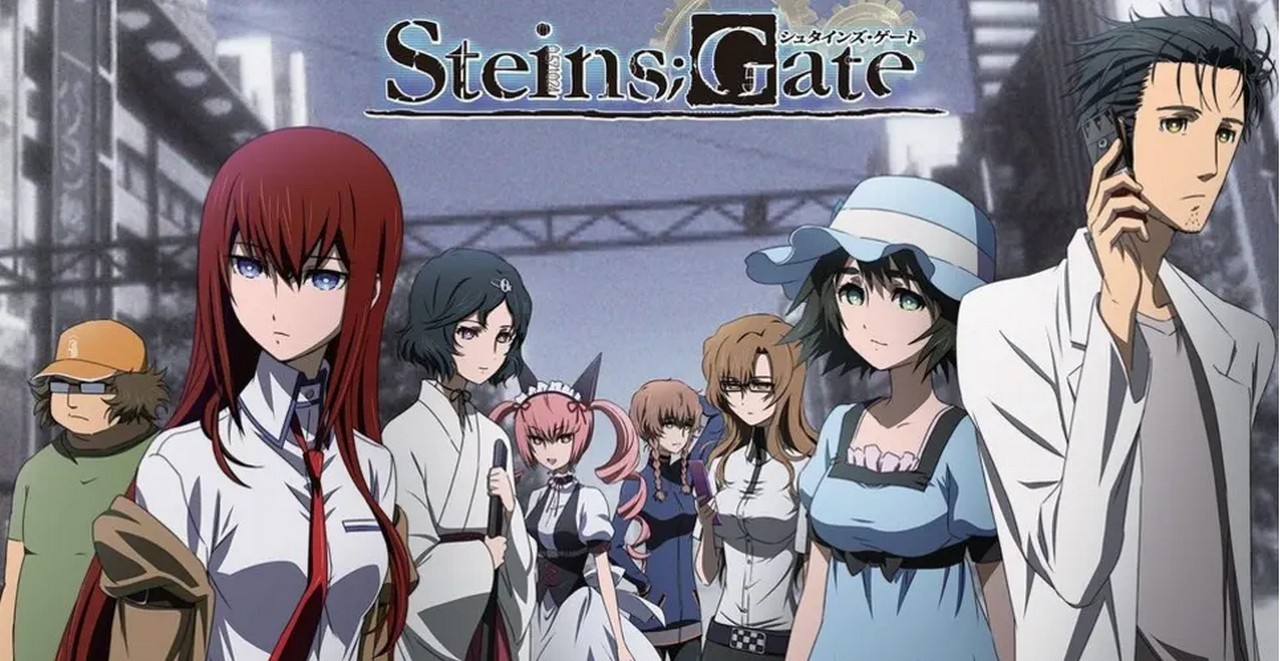 If Demon Slayer has “Gurenge” then Steins; Gate has “Hacking to the Gate” as its opening theme and ever since I heard it back in 2011 the song has been stuck in my head. But don’t get me wrong, it’s not the only good thing about this series, as it has a very interesting time-travelling plot to tell. Yep, the series tackles the migraine-inducing time-travel plot that many people have been raising their eyebrows for many years, since this kind of premise always falls into many plot holes and inconsistent storytelling. But once utilized well, you’ll end up with a gripping tale, and that’s what Steins; Gate has. There’s a reason why this is one of the best-rated anime shows on MyAnimeList. 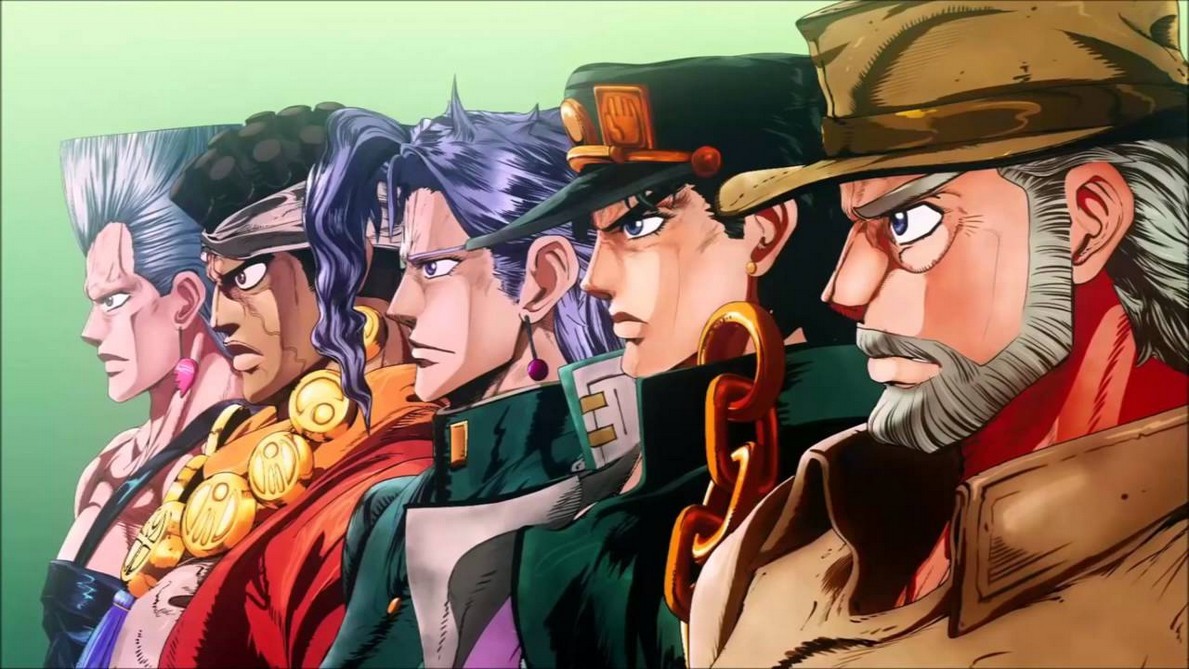 It’s quite funny to think many anime fans haven’t watched JoJo yet, and there is a huge chance that they only knew the series through memes and references. So it’s just perfect that all four parts of JoJo’s Bizzare Adventure are available for streaming on Netflix. This is a perfect opportunity for you to finally break that curiosity about why this show is incredibly popular. The series is not just about those dramatic poses and memeable moments, but it also follows a rather intricate plot-line between the struggle of the Joestars against Dio and his legacy. The original trilogy mainly revolves around the stone mask and the series’ antagonist Dio Brando but eventually, in later parts, it starts to branch out and battling new threats. While some plot is filled with holes, the whole series is a fun watch with its over the top action while facing wacky villains with wacky designs. 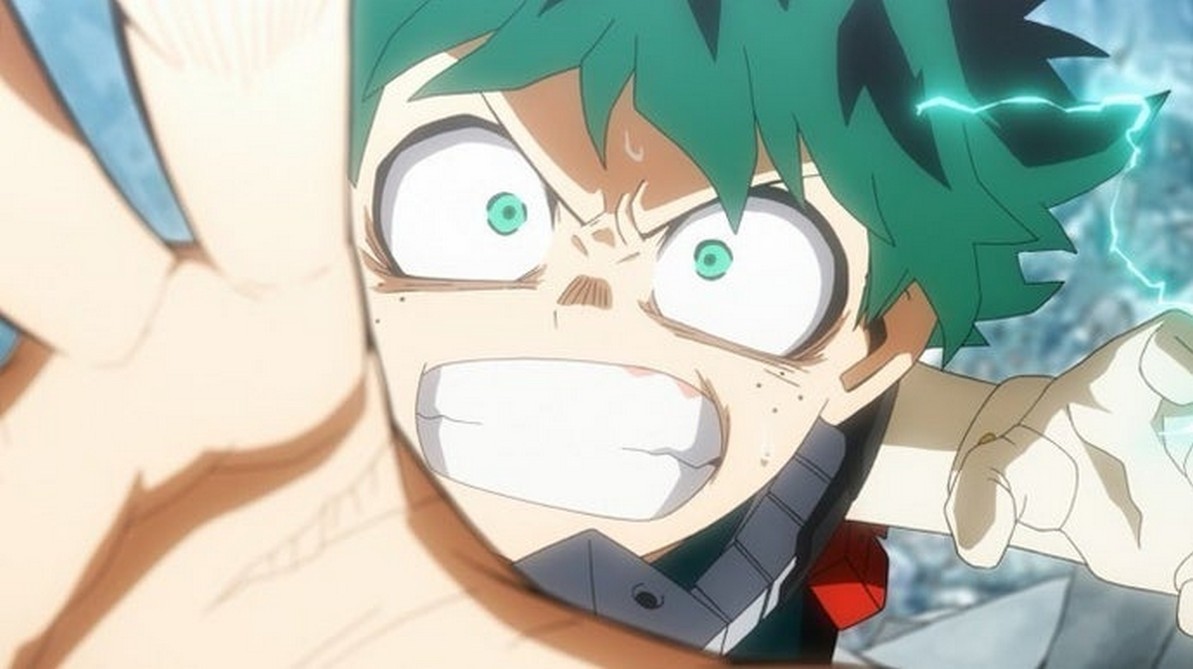 Another popular shonen anime that everyone has probably heard about, BNHA or My Hero Academia takes its roots from the American superhero genre, combining it with the shonen anime style. The series follows the hardships and growth of the protagonist Midoriya Izuku after inheriting the powers or quirk of his idol All Might. BNHA can be categorized as one of your generic shonen anime, but one of the reasons why this series is worth watching is the quirks of each character. Some of the quirks that were presented in the show can be thought of as useless and not fit to be used in the battle against villains. But each character then proceeds on proving that through their ingenuity every quirk is not useless. Along this line, the show then teaches you a valuable life lesson that hard work trumps talent. 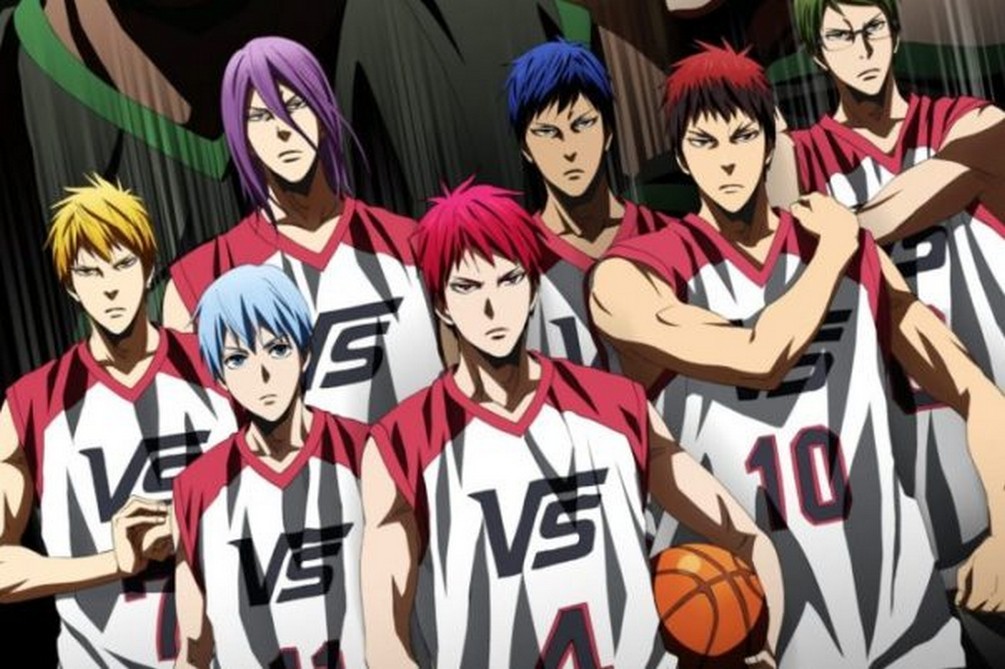 While there are lots of sports anime, Kuroko’s Basketball is not just your typical Basketball anime like Slam Dunk or Dear Boys since these shows are bound by realism. In contrast, Kuroko’s Basketball throws in some anime skills into the ordinary game of Basketball; only here you can witness a player who can predict your next move, while only few can enter the “zone” – a mental state of absolute focus. In the end, it’s a ridiculous but fun show that any anime fan would appreciate, since each match between the teams of overpowered high schoolers playing basketball is really enjoyable to watch, with a little bit of Kuroko’s own drama as a backdrop to the story. 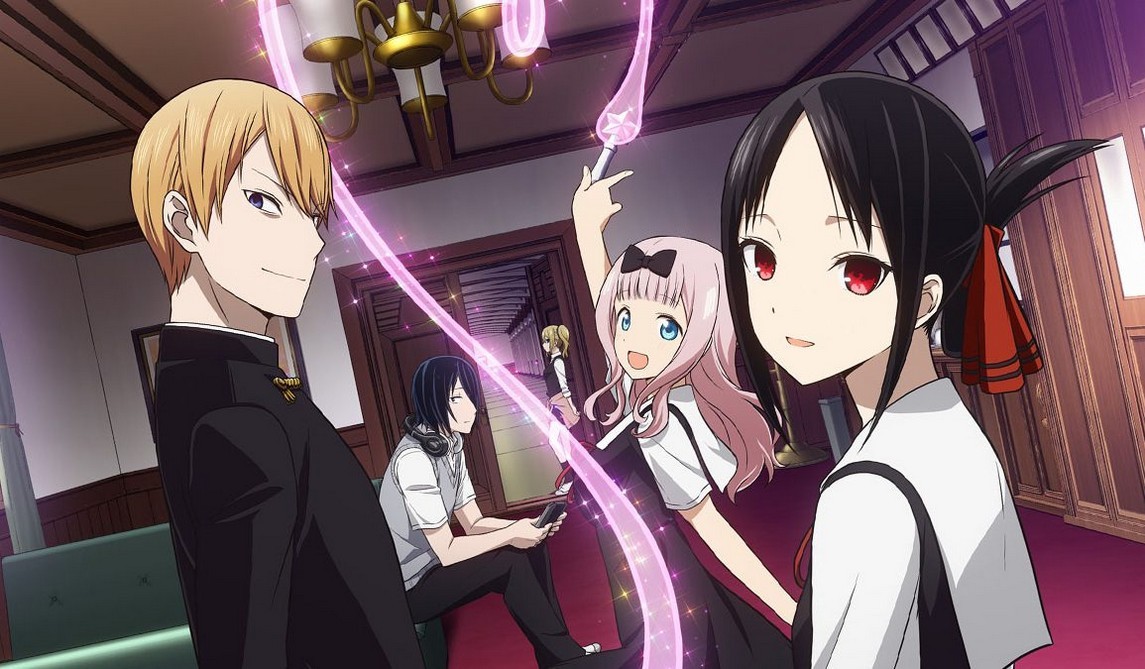 Lastly, we have Kaguya-sama: Love is War, a high school Romantic Comedy story that received high praise when it aired back in 2019. The series has a unique spin on the conventional Rom-Com genre, making it immensely fun to watch. The series gained some internet popularity because of that certain dance scene back in the first season, but Shirogane and Shinomiya’s antics of making the other confess their feelings show clever humor, turning almost every situation into a laughable moment. The series is wholesome (mostly) and warm, but most of all funny, so it’s one of the series that any anime fan must see.

That’s it, our ten picks for viewers looking for anime watch that’s available available in Netflix Philippines. There are other wonderful anime that did not make the list, so if you have another series in mind, feel free to share it with us!