The show's writer and dubbing directors shared some interesting info about the series. 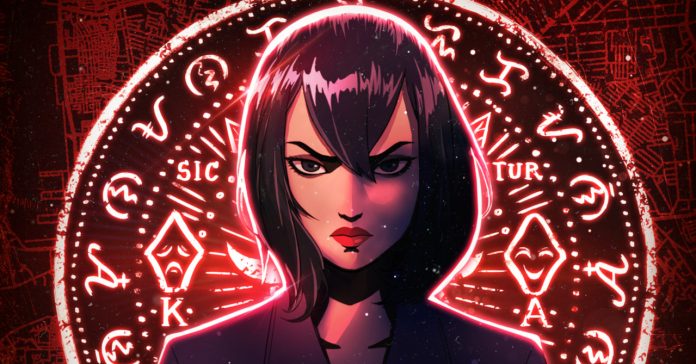 Released just a bit over a week ago, Netflix’s Trese became an instant hit in the Philippines. It should come as no surprise though, after all, it’s the first internationally produced animated series that’s not only set in the Philippines, but also features a story that’s steeped in Filipino mythology.

While the series proved to be popular, there has been a lot of discussion online as to which language version is better – the Filipino or the English dub. While different viewers had their own preferences, what we can say for sure is that a lot of thought and effort that went through the creation of both versions. This isn’t just based on our experience watching both dubs, but also from a recent interview with the show’s creators.

Recently, we got a chance to ask a couple of questions in a roundtable interview with series writer Tanya Yuson, casting/voice director Wes Gleason, and Filipino dubbing director Rudolf Baldonado.

The Challenges of the Filipino Dub’s Creation

One of the most interesting things that we learned about Trese from its creators is that the English language version was already completed prior to the translation and recording for the Filipino language version. This meant that the casting process had an extra layer of challenge to it.

“What we got was already a finished work, and they did a wonderful job with the English voices along with the animation,” said Baldonado. “So, the casting process for the Filipino dub is a little different because we had to consider who did the original first, what the characters were like, and how the animators had to match the voices with the visuals. So, for the Filipino, we had to look for voices that fit both the visuals and the unique characteristics of each character.” 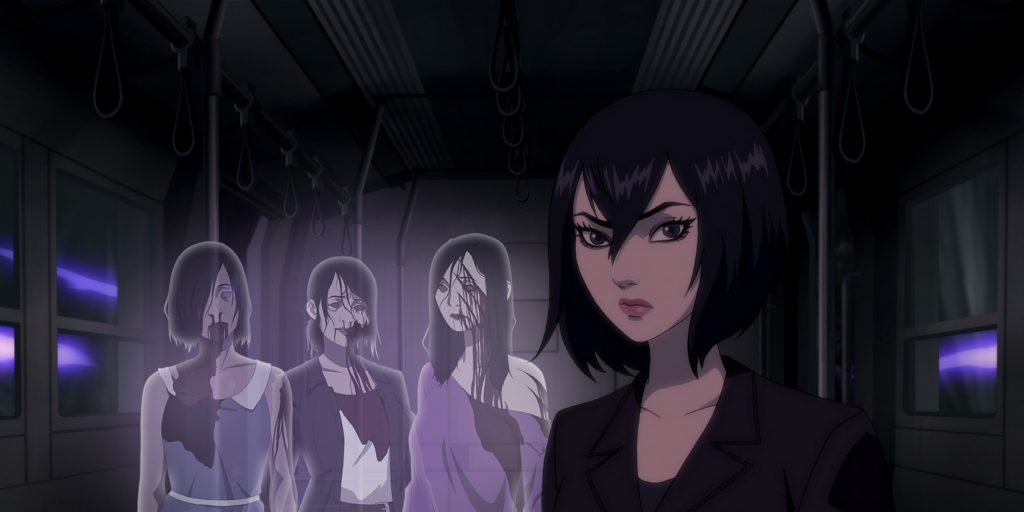 While the Filipino cast featured a wide array of voice actors, the main character Alexandra Trese is voiced by Liza Soberano. Regarding the experience of working with someone like Liza, Baldonado said:

“Liza was very wonderful to work with because she was very honest from the very start. First time I met through she already told me she was scared because it was her first anime. It was her first time to dub something like this.”

Given this is the first time Liza had to dub something such as Trese, her performance caused lots of discussion online. Some viewers were left wanting, while others found her vocal performance to be quite good. While we found Liza’s performance to be adequate, some of the criticisms toward the performance is fair, though a lot of it can be attributed to the short time that the Filipino dubbing team had to finish recording.

“I guess one thing I would want to say is I really wish we both had time because Liza and I just really wanted to record on and on, to just go back and improve what we just did or do another take,” remarked Baldonado. “But time was of the essence, and she was so cooperative all throughout. And I firmly believe that she really poured herself in gave her best.”

The short recording time and challenge of matching the English version was compounded by the fact that Baldonado also had to write the Filipino dub himself. Thankfully, series writer Tanya Yuson was there to help.

“I have Tanya to thank” said Baldonado. “She was there with me all throughout the process of me translating. We would have late night calls, and I would ask her ‘What did you exactly mean by this?’” 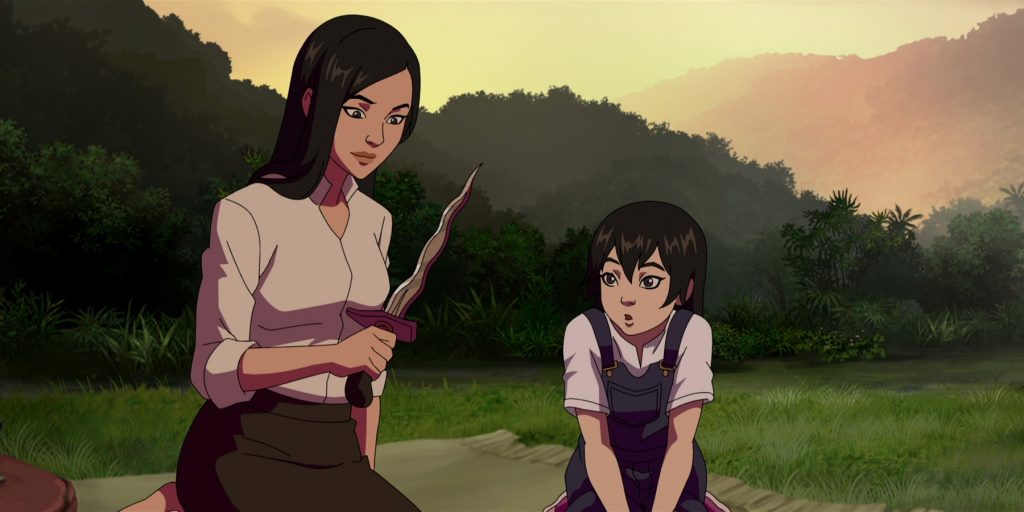 Even with the challenge, Baldonado and Yuson rose to the occasion and delivered a Filipino script that, even if it wasn’t a 1:1 translation, was able to convey the meanings of the original English script. In fact, the duo even used words form different Filipino dialects, making the script a “true Filipino version” instead of just a Tagalog translation.

“Tanya and I agreed that they should not be called it a Tagalog translation, instead, it’s a Filipino translation because we also got terms from the different dialects to be able to be faithful to where the story began,” said Baldonado. “And actually, that’s the only place where we found the exact words we needed in the translation. We didn’t find Tagalog words for some terms like ‘underworld’, but we found a Bisaya or an Ilokano term. Karit-an is a word from the south that means otherworldly, and it’s comes, it comes from a story about a place where a ship got shipwrecked, and then suddenly all these spirits and all these beings start coming out of it. It’s the closest that we have to the term underworld.”

The English Dub Casting Process and the Importance of Representation

As mentioned by Baldonado, the English dub was the “original” version as it was the first to be written and recorded. Given this, it was important that the right actors were cast for this momentous series.

“Casting [the English language version] and the initial recording is very much a collaborative process to where, you know, we went and tried to collect reads from actors throughout the country,” said Gleason. “As far as trying to find the right voice and the right feeling for these characters, I’ve always valued actors and their auditions because I feel one of the first steps in the entire creative process is where you start hearing that voice initially in those auditions, you start really seeing the character brought to life you know even if there is a source material.” 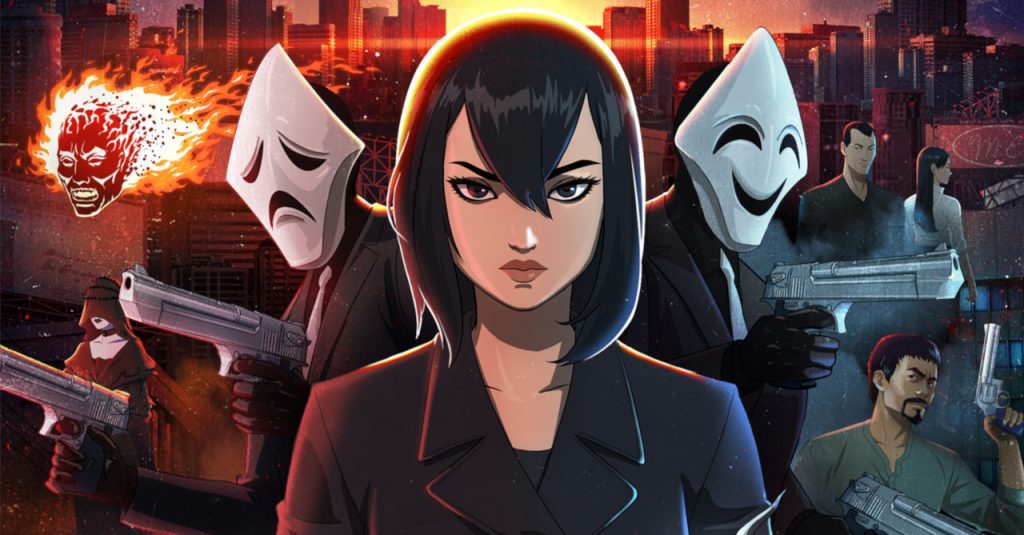 While the key criteria when choosing which actor to cast was based on character fit, Gleason and Yuson shared that it was also important for them to cast Filipinos (or actors with Filipino heritage) if possible sot there is a proper Filipino representation.

“Jay Oliva was the first person who reached out. because as Jay said, he wanted to put together a great representation of like Filipinos, working in Hollywood at the time for that visibility, but were also really fantastic actors as much as possible,” said Yusom. “And because we were setting [the series] in Manila, we thought our people would fit the role, but the primary [criteria] is that the voice had to fit the character. So that’s the primary consideration, but luckily there’s a wealth of Filipino-American and Filipino-Canadian actors available to do, and who are willing to do the project.”

Aside from Filipino representation in terms of voice cast, it was also decided by the Trese creators that the actors use a Filipino accent for a more authentic feel to the setting. Regarding this decision, Yuson said:

“It’ll be the first time an international audience would hear, in a wide platform, English spoken with that Filipino flavor. It would be weird to me where it’s an English language show that’s set in Manila, and then you have either very American or British accents for characters. You want that flavor where it can show the diversity in Manila for accent. So, as Wes says it’s like a melting pot, and we wanted to present that, that, in a way that was also accessible for an international audience.”

Trese is now streaming on Netflix.

- Advertisement -
Previous article
Rick and Morty Season 5 premieres June 21 with an out-of-this-world event
Next article
Godzilla vs. Kong premieres in the Philippines exclusively on HBO GO