Monster Hunter: Legends of the Guild announced, releasing on Netflix this August

This CG animated Monster Hunter movie is releasing less than a month away! 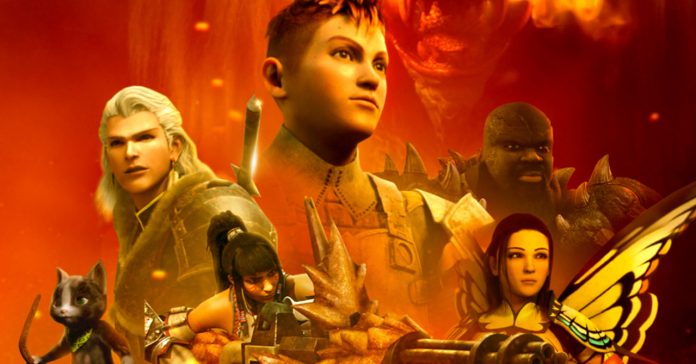 Following the recent release of the Monster Hunter live action film, Netflix has announced Monster Hunter: Legends of the Guild, an upcoming 3DCG animated movie that releases on August 12.

Check out the new trailer for the upcoming Monster Hunter animated film here:

Set in the world of the best-selling “MonHun” series by Capcom, Legends of the Guild’s story is described by Netflix as:

“In a world where humans and fearsome monsters live in an uneasy balance, young hunter Aiden fights to save his village from destruction by a dragon.”

For fans of the series, the main character Aiden should be familiar. After all, Aiden did appear in Monster Hunter 4 and Monster Hunter: World. Some players might know his as the “Excitable A-Lister.”

Legends of the Guild might be releasing soon, but the film was actually announced way back in 2018 by Netflix and Pure Imagination. While it was originally set to release in 2019, it’s only now that we got a new update for it.

You may know him as Ace Cadet or Excited A-Lister… now let's meet young Aiden, the self-proclaimed Hunter, in an epic quest to save his village.

Monster Hunter: Legends of the Guild will release on Netflix on August 12, 2021.