Try out these fun, casual variants for Magic: The Gathering’s latest D&D-themed set 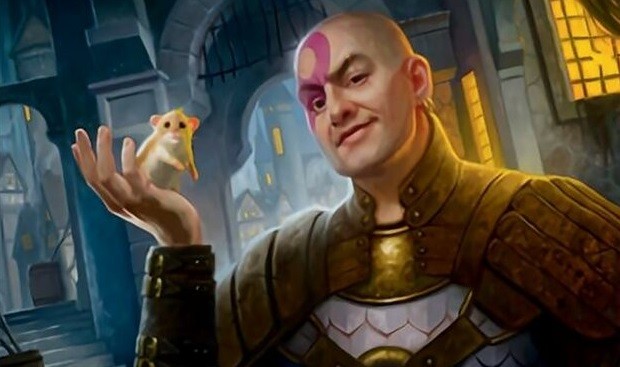 Magic: The Gathering’s latest expansion, Dungeon’s and Dragons: Adventures in the Forgotten Realms officially releases today. A lot of fans of both the card game and pen-and-paper spectrum are eagerly anticipating this set – mainly because for the first time, Wizards of the Coast repurposed a yearly core set and incorporating a beloved franchise into the mix.

I am, what you could say an on-and-off Magic: The Gathering player since the Ice Age expansion that came out way back in 1995. I don’t follow every set that Wizards of the Coast rolls out (at a much more rapid clip than my wallet could handle) but I’m that type of card-chucker who takes interest in specific types of sets, particularly if the theme resonates to my personal tastes.

I recently went back to the card game 2 years ago in 2019 when War of the Spark was released (video above). Mainly because it is mainly a send-off to one of my favorite storylines in MTG history which was Nicol Bolas’ arc, a scheme that unfolded for more than 10 years starting from Conflux, originating the Shards of Alara block. Basically, War of the Spark is Magic’s answer to Avengers: End Game where our heroes – called Planeswalkers attempt to end Nicol Bolas’ plan of ascending to god-hood once and for all. This particular set saw 36 Planeswalkers and a few familiar faces that made up, what I personally think, was one of Wizards of the Coast’s most ambitious sets in recent memory.

Fast-forward to 2021, the most famous card game in the world now has a collaboration with the most recognized tabletop RPG brand there is. Dungeons and Dragons: Adventures in the Forgotten Realms is the latest set expansion coming out this July and boy-oh-boy am I excited once again to get my hands on this, mainly because its an amalgamation of two gaming properties that I love.

Now, I don’t play as much competitive or organized games of Magic: The Gathering as I used to, but I do still collect cards and play casually with friends and utilizing the game’s multiple formats, even tweaking them into homemade variants. With that said, let me suggest some fun modes of play that you can try out once the game rolls out July 23. 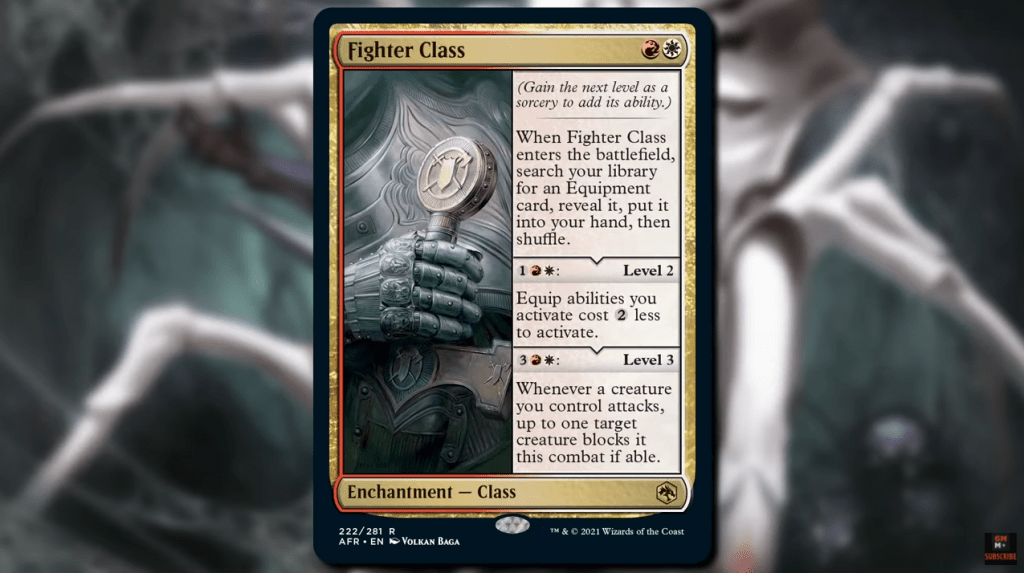 When you get your first booster box, normally the way to go with these is to play Limited/Draft or Sealed games… Unless you really like pack-cracking.

For those new to the format, Draft is basically giving three sealed booster packs per player, for up to 4-8 players. From there they open each of them one at a time and drafting cards (selecting one card, passing the rest to the next player) clockwise until you run out of cards to pass. From your drafted pool of cards, you’ll need to make a minimum 40-card deck that you’ll use for the game.

Sealed, on the other hand is a somewhat similar but simpler deck-building experience than draft. You need 6 booster packs per player in which you’ll use to make your 40-card deck. And that’s it. It eliminates the drafting mechanic and makes for faster brewing but if you ask me, I’m getting more fun out of Limited.

My take on this popular format is adding the “Class” mechanic. After drafting and making your deck. Before the start of the game, in your colors select 1 of the class cards available in the game as your Commander or your Companion, applying similar rules on both (Commander tax etc.). Since this is a casual format you can just “proxy” up and print those Class cards before the game. This effectively adds a bit of flavor before your game where you enter the battlefield as one of your favorite D&D classes.

From there you can do 1v1, multi-player or 2-headed giant. Since the game is highly modular, you can add a few more rules to spice up your game (see Planechase and Archenemy below)

My dream format after this pandemic is done and dusted. This is essentially Draft but infinitely replay-able because you just use pool of cards and “resealing” into packs – simulating the draft experience. A popular ratio in doing this is by using a 3-2-1-1 format, which means using 3 commons, 2 uncommons, 1 rare, 1 mythic of every card in the set. From these your separate the cards into rarity and making a 14 or 15-card pack with 10-11 commons, 3 uncommons and 1 rare/mythic per booster.

A recent video by the Professor up at Tolarian Comunity College shows the process in great detail. See the video above. 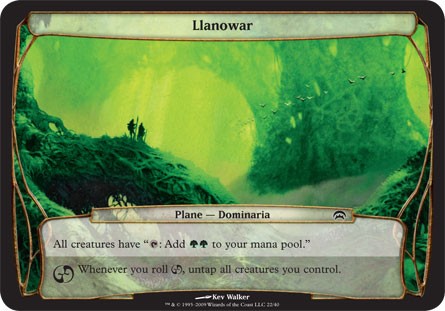 If you can find a Planechase deck online or from your friendly local game stores, I highly suggest you try out this variant. This is basically an add-on to the existing formats we mentioned. For those who know what Magic: The Gathering is all about, the story revolves around “Planeswalkers” who travel from plane to plane and utilizing its environment to their advantage. The Planechase format captures the essence of the game’s lore quite well into one neat mechanic, where you simulate spell-slingers travelling from plane to plane. 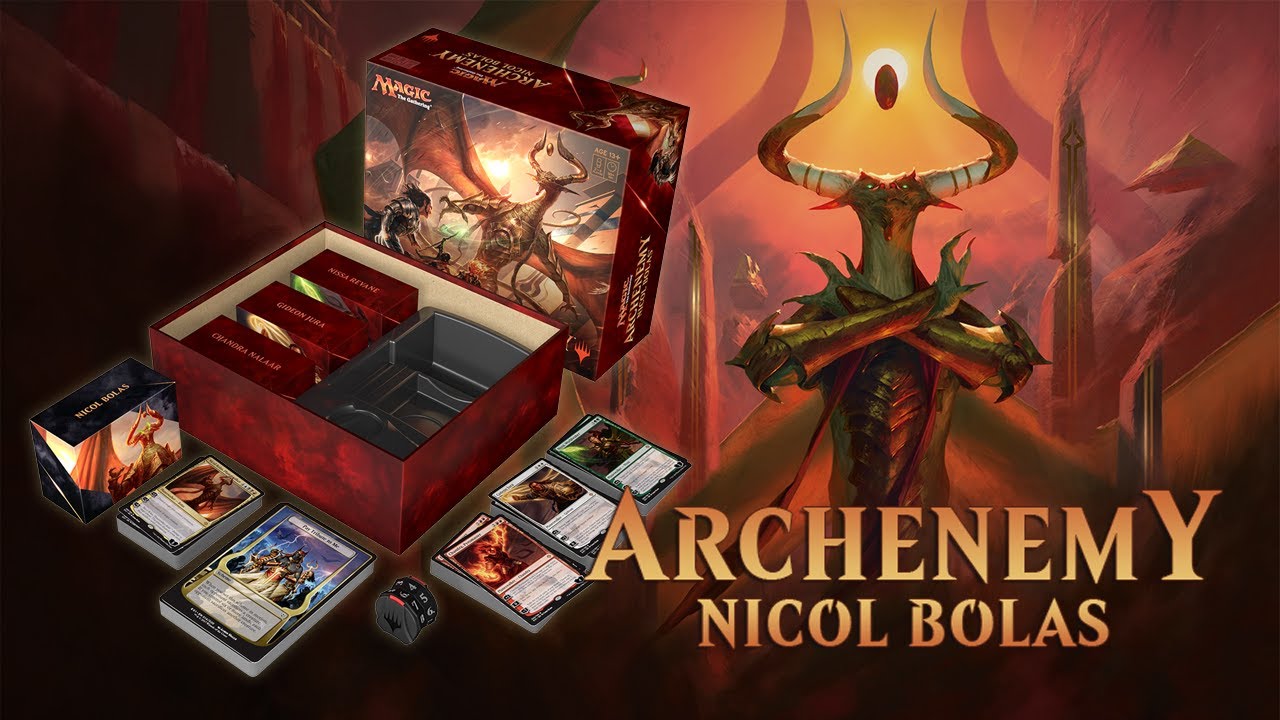 Lastly, another fun variant you can use is the Archenemy format which is basically a 3 vs. 1 game where one player assumes the role of a “dungeon boss” (complete with their own scheme deck) while the other 3 become an cooperative adventuring party with the sole intent of defeating the enemy and getting its loot. Like Planechase, this could easily be incorporated using the other variants mentioned – especially the one where you use the different Class cards.

Since the game is both Magic: The Gathering and Dungeons and Dragons, what better way to shake these two worlds up is by introducing one MTG’s most baddest dragons around –  Nicol Bolas! There is an Archenemy bundle available that you can use, I can still see some boxes displayed at some of the stores near me. That, or you can try your luck getting a copy online. 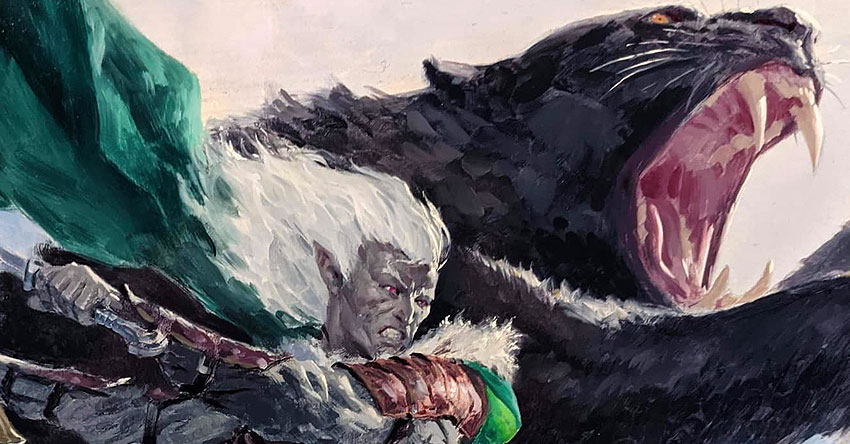 What do you guys think? Do you have a favorite format or casual rule that you like to use with your friends? Sound it off in the comments below!

Dungeons and Dragons: Adventures in the Forgotten Realms launches officially today, July 23. Interested in trying out the set? Find a friendly local game store near you using Magic: The Gathering’s Store locator. Keep on gaming!