Dark Souls fans are in for a treat! 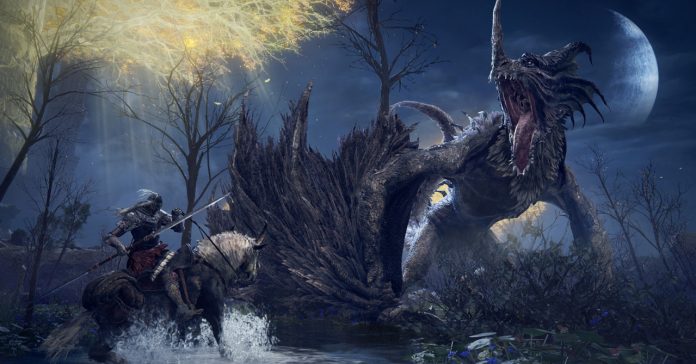 Back in June at Summer Game Fest, FromSoftware gave us our first glimpse at Elden Ring, and they also revealed the game’s January 2022 release date. Recently, FromSoftware gave us our first proper look at Elden Ring gameplay in a hands-off presentation. There, we found out more about the game’s combat and world, and finally got a taste of what to expect in this successor to the Dark Souls trilogy.

What we’ve seen is but a slice of the full game. But from the looks of it, Elden Ring will be a must-play for Souls fans, especially as it seems to be a culmination of the Souls formula, all while being set in a large open-world (a first for the series) with a rich lore. 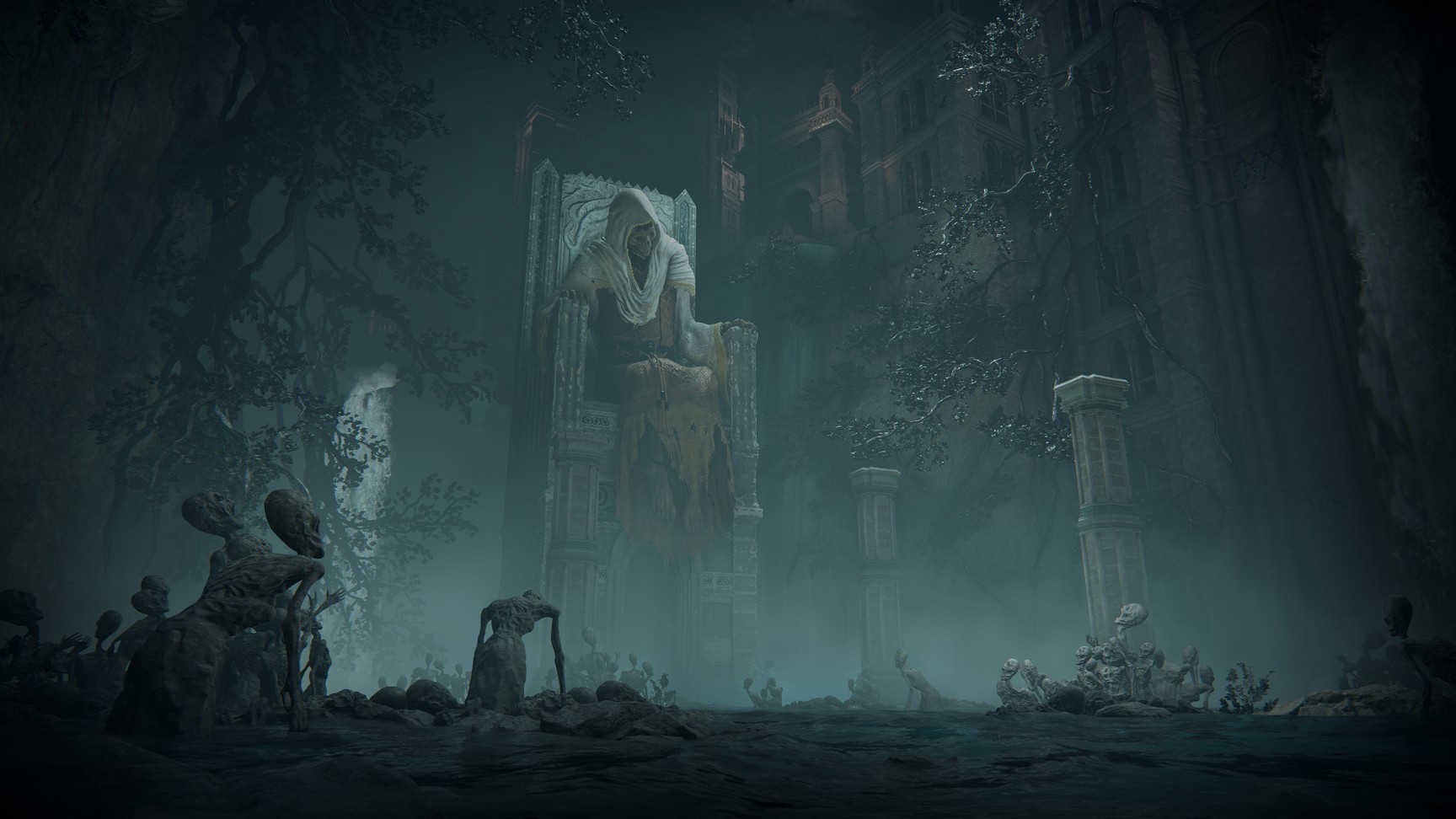 The Souls games (including Bloodborne and Sekiro: Shadows Die Twice) have been praised for their well though-of level design, though these games are set mostly in fairly small areas. Elden Ring is different as it is the first game in the ‘Souls’ series to be set in an open-world called “The Lands Between.”

According to FromSoftware, The Lands Between is “designed to be as dense as possible,” meaning it won’t just be a pretty but empty world. What fills the world are various dangers such as enemy camps and caravans, as well as fearsome dragons that can attack players while exploring the game’s overworld. These dragon attacks reminded me of Skyrim’ dragons in a way, though based on the gameplay preview, the dragons in the Lands Between will be much tougher to kill.

Given that this is the first ‘Souls’ game to have an open world, Elden Ring will feature an in-game map, as well as a compass and the ability to set markers. Make no mistake though, the game won’t bombard you with icons and objective markers, instead, you’ll have to explore the world on your own to discover its secrets. Plus, you’ll also need to look for map fragments to see more of the map. 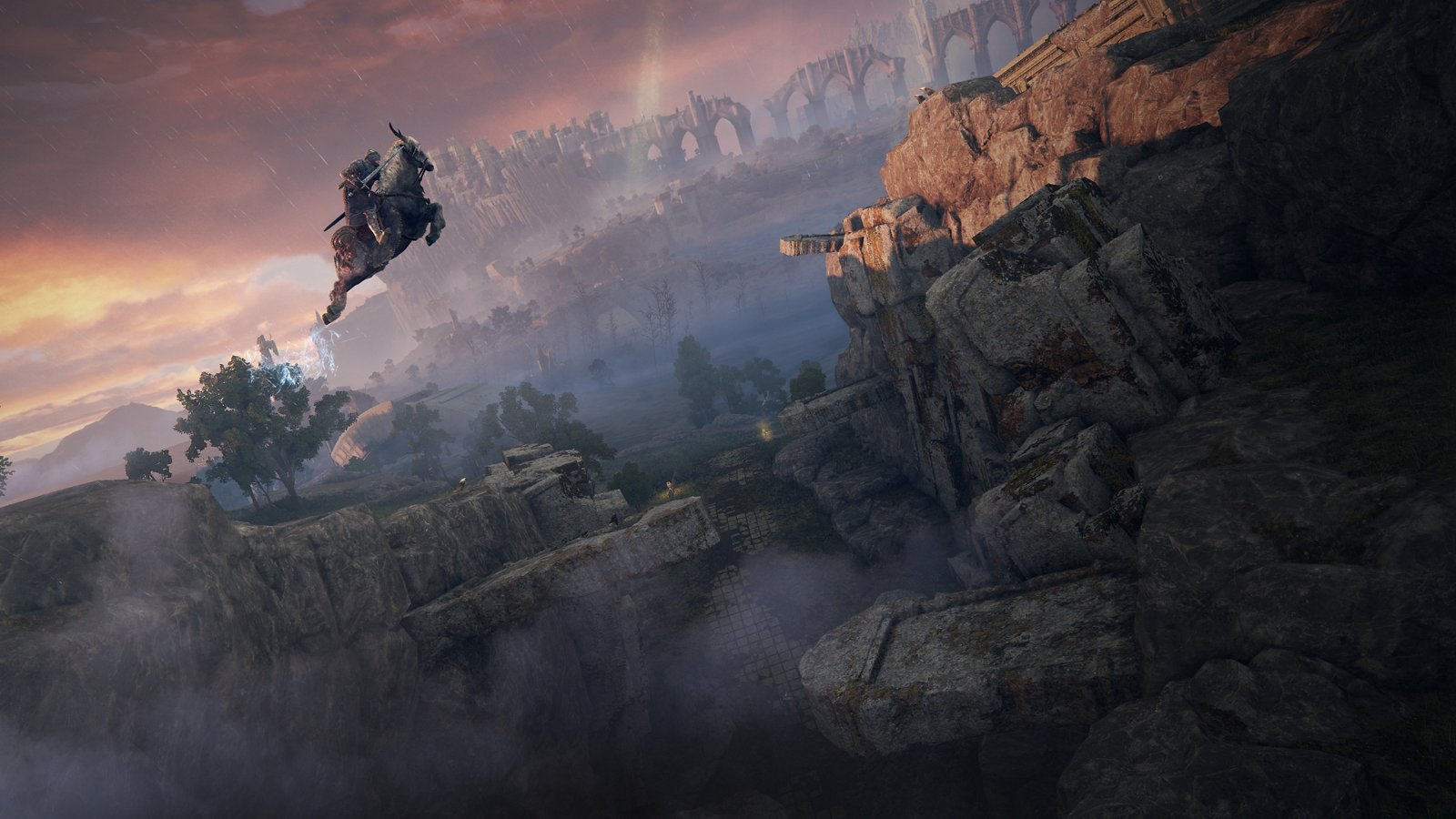 To aid in traversing the game’s overworld, players can summon a Spirit Steed, a mystical horse that lets players travel faster, and even jump to much higher places for stress-free traversal. This steed can even be used in battles against enemies in the overworld, though players will not be able to summon them in the dungeons that dot the Lands Between.

The dungeons in the game are seamlessly connected to the overworld, and they often house various enemies, including powerful bosses. While tough, exploring dungeons can give players helpful rewards in the help of rare items.

Aside from these dungeons, the Lands Between will also feature Legacy Dungeons. These are multi-tiered castles and dungeons that feature intricate level designs, as well as lots of verticality so you’ll need to make use of the jump mechanic. These Legacy Dungeons will offer players an exploration experience that’s similar to those in Dark Souls or Bloodborne.

In summary, there’s the overworld, dungeons, and Legacy Dungeons. While these are the three main types of areas that players can travel, there is a wide variety of these in the game. The overworld will feature a range of locales, from snow-capped mountains to a flooded city. Meanwhile, there will also be different kinds of dungeons to explore, so they won’t feel same-y as you clear more of them. 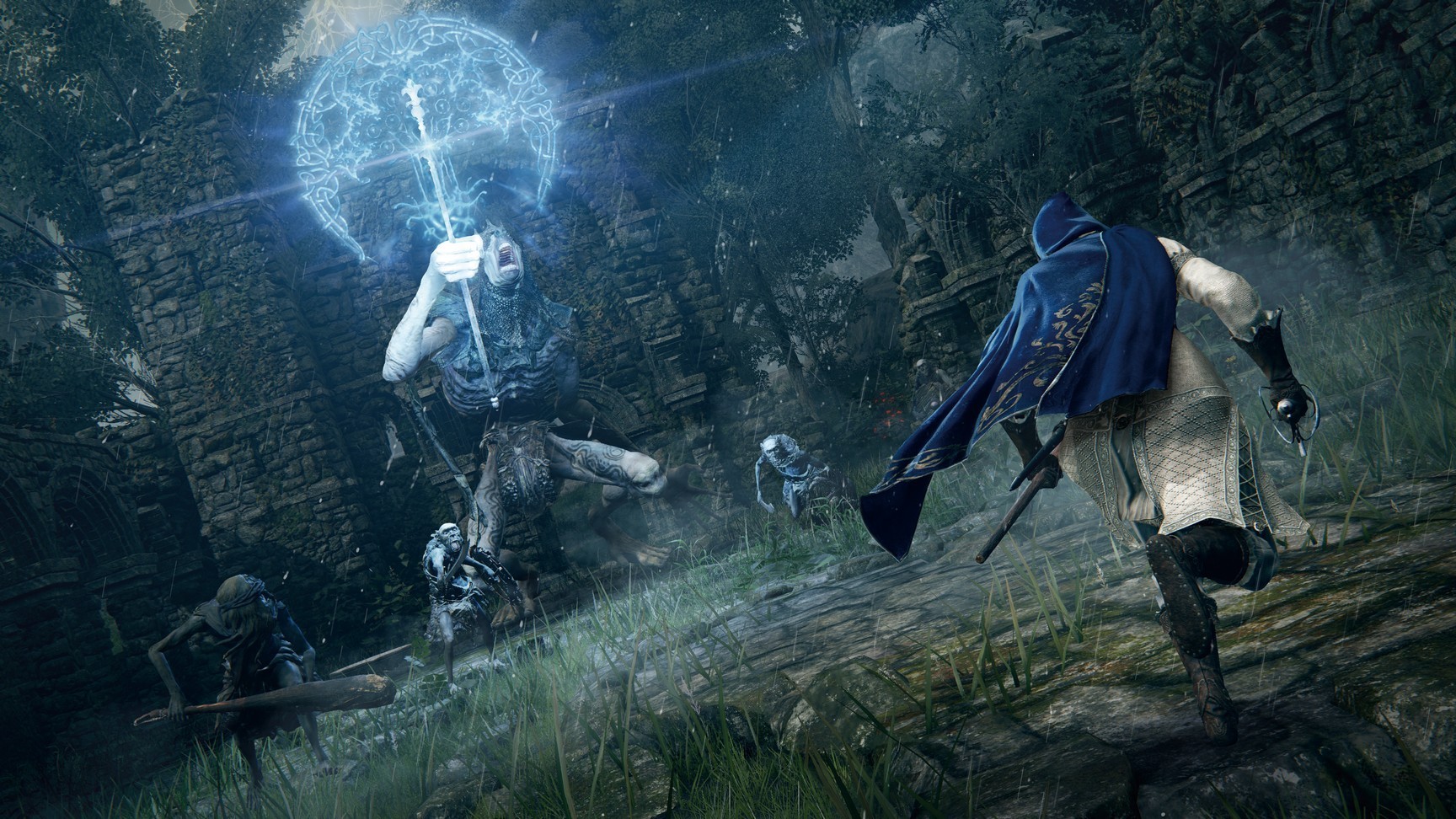 FromSoftware’s Souls games, while lauded for their level design, is more known for its challenging difficulty. Elden Ring will be no exception; in fact, FromSoftware said that this game will feature a combination of all the good bits of Dark Souls, Bloodborne, and Sekiro.

To start with, FromSoftware shared that Elden Ring’s combat will have a similar speed to that of Dark Souls 3, meaning players will have to be ready and react fast to the game’s enemies, and especially the bosses. To aid players against the game’s fearsome foes, players will have a variety of weapons, magic, and skills to choose from so they can make a build that suits their specific playstyle. This means the game will be less like Sekiro (which forces players to master the blade), and more like Dark Souls, but expanded. Though what it does take from Sekiro is that there will be stealth elements, as well as the ability to jump.

During the Elden Ring gameplay presentation, FromSoftware mentioned that there will be a wide range of melee and ranged weapons to choose from, as well as a variety of magic to choose from. While we’ve yet to see most of these weapons and magic in detail, FromSoftware did say that they are working to make it so that each play style will be viable. Specifically, FromSoftware’s Yasuhiro Kitao said that they “haven’t made the game so that [players] have to have any specific mechanic or play style in order to progress and complete the game.” 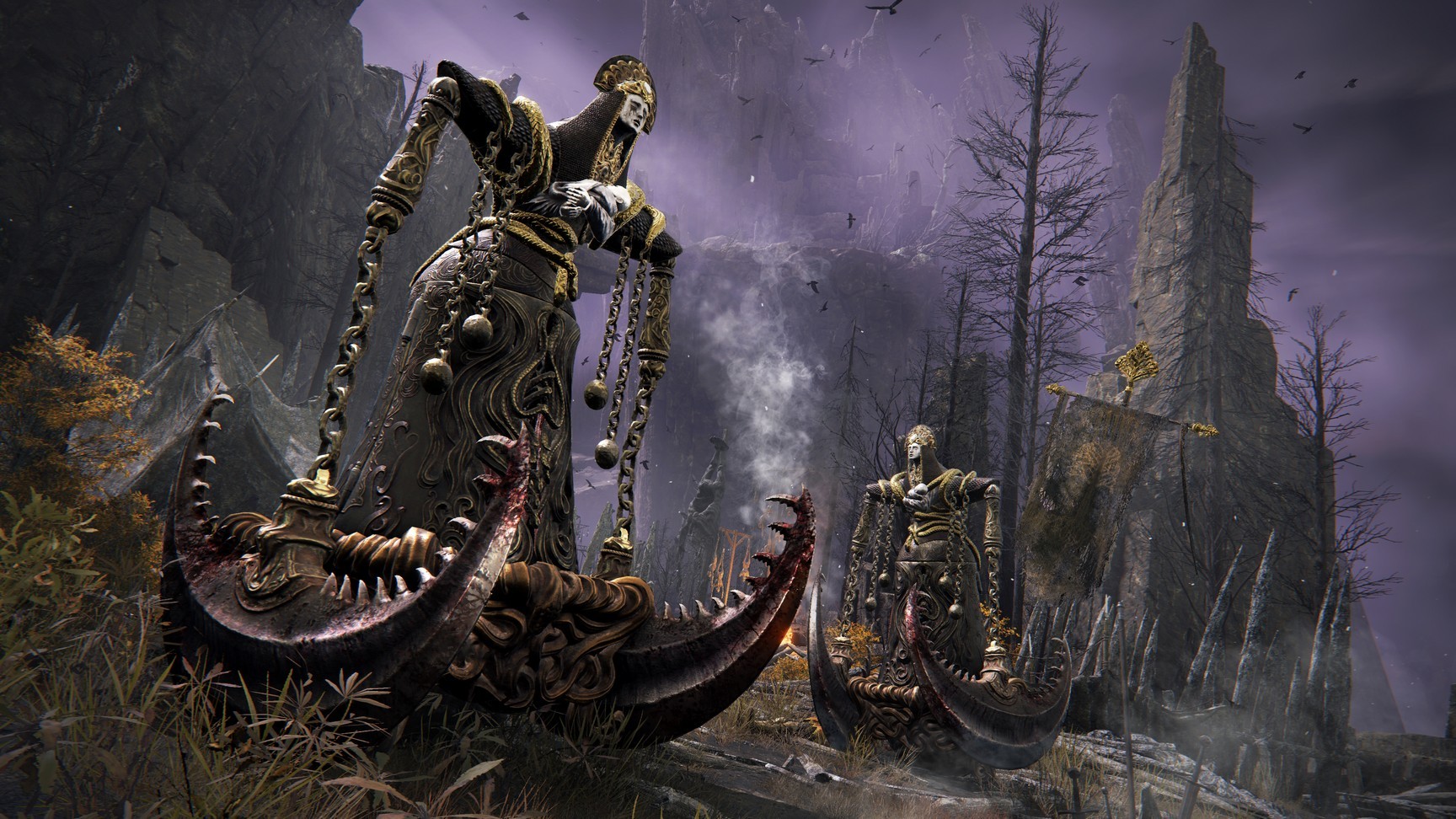 There was one new ability in Elden Ring that we were shown, and that was Spirit Summons. This ability lets players summon spirits of the deceased to fight against enemies. These spirits range in size and ability, with some serving as useful distractions, while others can hit much harder.

Aside from summoning spirits, players will also be able to summon other players to help them out, much like in Dark Souls and Bloodborne. Players can play with a maximum of two other players, and they’ll be able to journey through the overworld together, as well as the game’s dungeons. 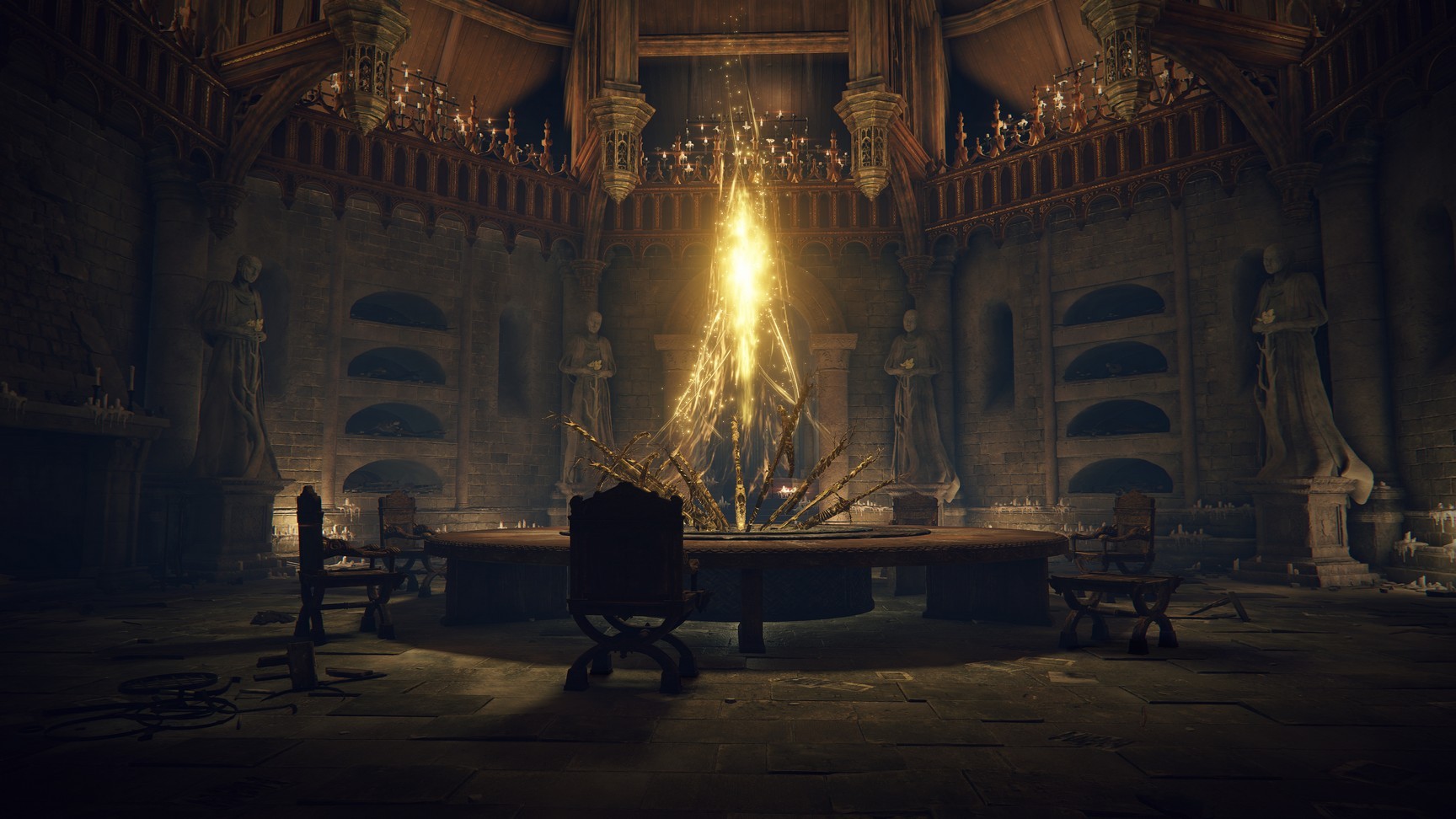 Aside from giving us a look at the open world and gameplay in Elden Ring, FromSoftware also shared some details regarding the game’s story. Like Dark Souls’ unique storytelling, Elden Ring’s narrative won’t play out in a traditional sense; instead, the details of the game’s story and lore are strewn across the game’s weapons, items, and NPC dialogue.

There is one key difference with regards to Elden Ring’s story, and that is the focus on characters. While Dark Souls and Bloodborne have various NPCs with interesting stories of their own, these stories can be experienced in unmarked side quests that can be easily missed, especially during the first playthrough. But in Elden Ring, the main storyline will feature more of an emphasis on characters, with a presentation that’s similar to Sekiro.

The NPCs in the game will play a part in the main story, but there will also be various other NPCs throughout the open world with stories and possible questlines of their own. In fact, according to Kitao, “the number of NPCs and characters you can interact with in Elden Ring is just a lot more than in previous games.” 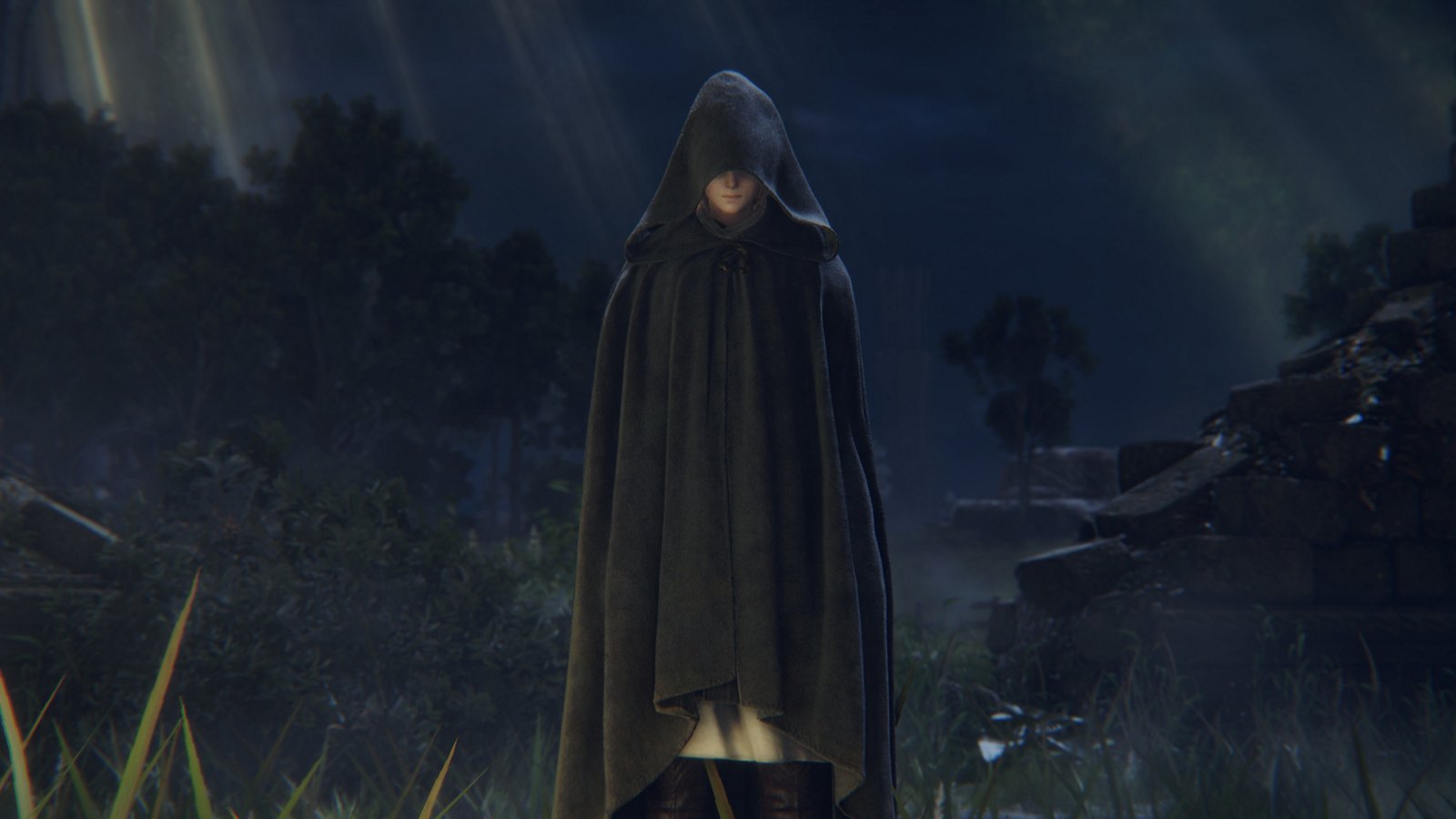 While we weren’t able to see more of the game’s NPC, we did get a good look at one of the game’s major characters. This character is Melina, and from the looks of it, she might serve a similar role in Elden Ring as the Plain Doll in Bloodborne or the Maiden in Black in Demon’s Souls (aka the new Souls waifu).

As a fan of FromSoftware’s games, the gameplay preview of Elden Ring definitely made me more excited for its release this January. If the game does live up to its promise, Elden Ring might just be FromSoftware’s masterpiece.