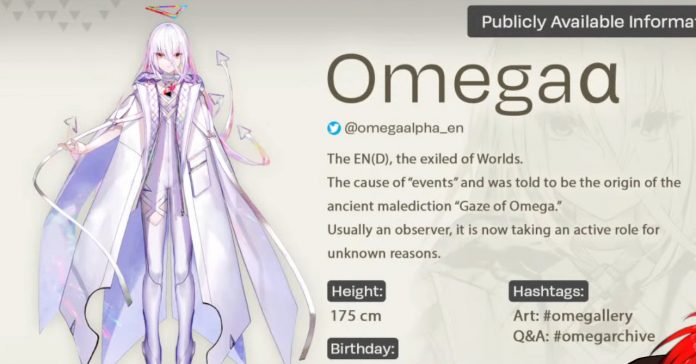 During the stream, the five Hololive Council members officially unveiled Omegaα, though the reveal didn’t exactly explain what she will be.

Here is a short description of her lore:

The cause of “events” and was told to be the origin of the ancient malediction “Gaze of Omega.”

Usually an observer, is now taking an active role for unknown reasons.”

After the reveal, the official Hololive English YouTube channel also shared a video teasing here titled “The Advent of Omegaα.” Check it out here:

Similar to the reveals of IRyS and Hololive EN Gen 2, Omegaα’s announcement was quite lore-heavy, meaning that we should expect more lore developments regarding Hololive English.

While we don’t know yet regarding what to expect for Omegaα, she did publish a new tweet stating that more info will be revealed in the future.

Nice to meet you all, lots of information to share in the future.
However, for today, let‘s leave the spotlight to the Council members and give a big round of applause for their efforts.

Currently, fans are theorizing that Omega might be another Hololive council member, or possibly a special content creator given that she is listed as a producer in IRyS’ Caesura of Despair MV. Some have even speculated that she will play the “A-chan” role for HoloEN. Whatever the case may be, we’ll have to wait and see in her debut (if she does debut in the traditional sense).