This could be your chance to be part of Hololive! 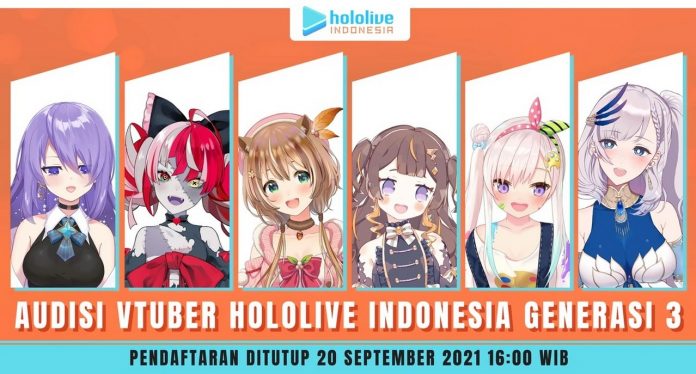 Not too long ago, Hololive English debuted its Second Generation of Vtubers called Hololive Council, and during their first collab stream, they also announced another possible Vtuber or new Manager named Omegaα. But now it appears that Cover Corp. is still not done on expanding their roster of talents, as Hololive Indonesia has opened its Hololive ID Third Gen auditions for their next batch of VTubers!

For those who’re interested in trying out for the Hololive Indonesia auditions, candidates must meet these qualifications:

The Hololive ID third gen auditions is now open and will run until September 20, 2021 at 16:00 WIB (17:00 PHT). You can visit Hololive Indonesia’s webpage and register via the provided google form.

So if you think you have what it takes, try your luck and possibly be part of Hololive Indonesia.

In case you’re unfamiliar, Hololive is a VTuber agency founded by Japanese company, COVER Corp. Hololive started off back in 2016 with only Japanese-speaking VTubers, but has since expanded with the debut of Hololive English, Hololive Indonesia, and the male Holostars group. With the Hololive English Second Generation debut, they now have over 57 active talents under their agency.