Here's another set of merch for Hololive fans! 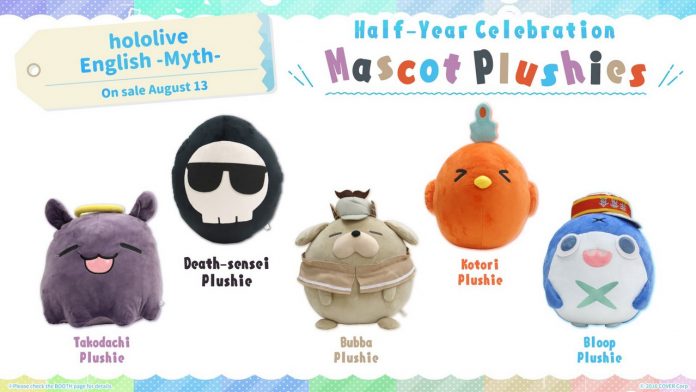 All HoloMyth mascots: Death-sensei, Kotori, Takodachi, Bloop, and Bubba in their plushie forms are all made out of polyester material and stand approximately 35cm tall. Each mascot is sold separately with a price tag of JPY 4000 (PHP 1,838.75), not including the shipping fee. Preorders are now open and will run until September 13, 2021, at 18:00 (JST). The plushies have a target date of shipment from mid January to mid February 2022.

These merchandises are all available at geekjack, along with other Hololive official merchandise that includes Houshou Marine’s commemorative merchandise and other Hololive members’ 2nd-anniversary products. Meanwhile, select retailers in the Philippines are also having pre-orders for these plushies.

All mascot plushies and other merchandise are available for a limited time, so if you’re a Completionist and think that these plushies are going to look good with the previously announced Hololive EN Pop Up Parade figures, then better grab them ASAP.