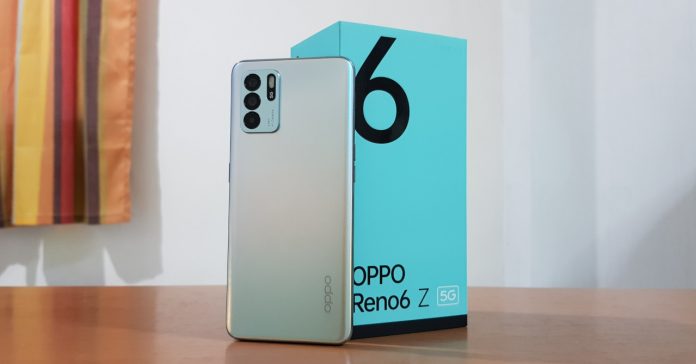 OPPO has just launched the new Reno6 series in the Philippines, including the Reno6 5G and the Reno6 Z 5G. Ahead of the launch, we were able to try out the ‘Z’ variant, and in our impressions, we found that it was a promising mid-ranger thanks to its premium design and good specs.

Of course, that was just based on our initial time with the phone. Now that we’ve had more time to try out the new mid-ranger from OPPO, we were able to see how it held up for photography, gaming, and for everyday use. 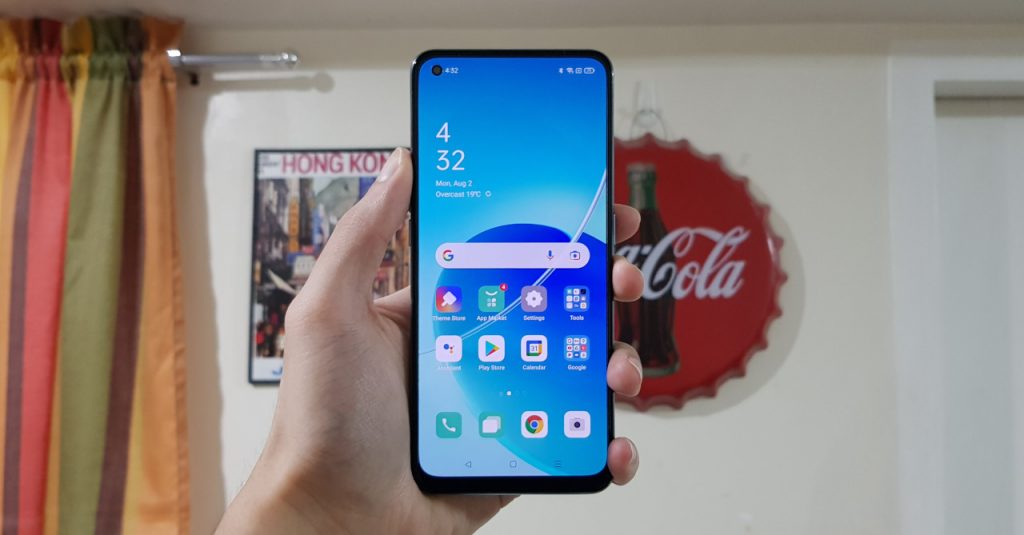 So, the does the Reno6 Z 5G have enough features and performance to make it a worthy choice to be your next smartphone? Find out here in our Reno6 Z 5G review! 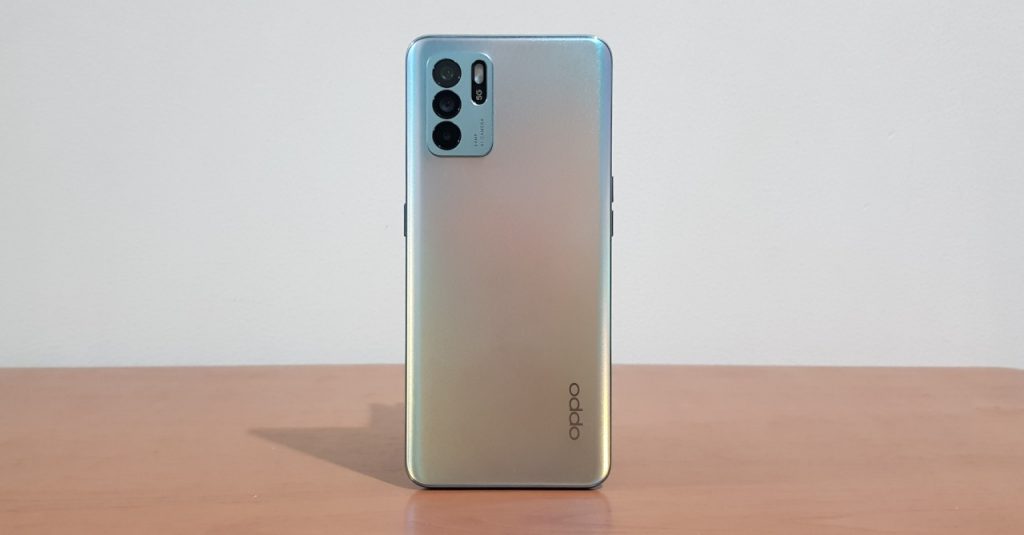 To start things off, let’s take a look at the Reno6 Z’s design. From the back, you can see the phone’s triple camera setup in its slightly raised camera module, as well as a small OPPO logo on the lower right corner. Aside from those, the Reno6 Z has a clean look, but it is far from a subtle-looking smartphone.

When light hits it, you’ll see that the back of the Reno6 Z has a holographic effect (at least in the Aurora colorway). This makes the phone quite striking, and good looking for us. What makes it even better is that, while the Reno6 Z might seem like a glossy phone in some product photos, it actually has a matte finish with a unique texture. This unique texture is a bit hard to describe, but what we can say that it feels great in the hand, and it won’t feel slippery so you’ll get a good grip. On top of this, the back is also not a fingerprint magnet – good news if you like going caseless. 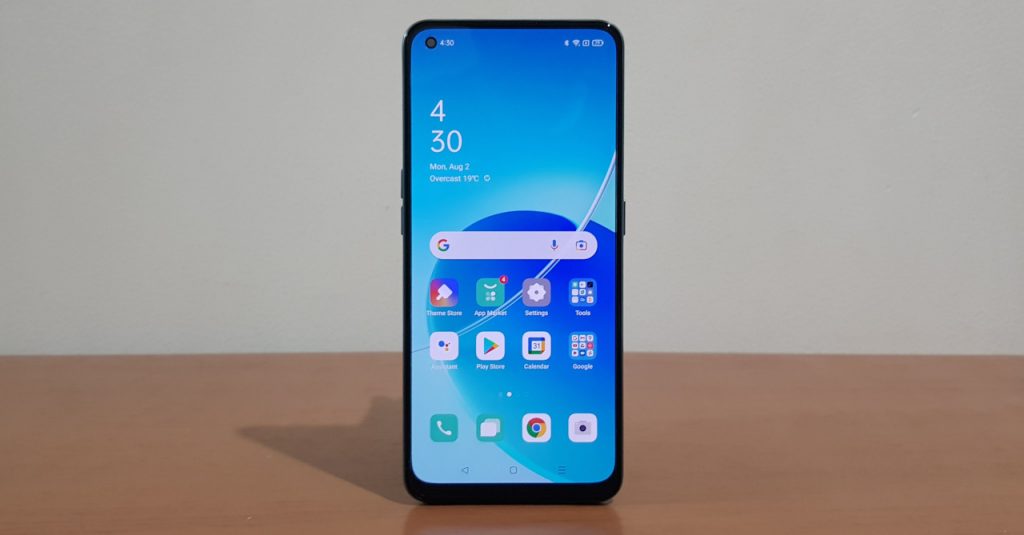 Moving to the front, we can see the phone’s 6.4-inch display which has slim side bezels, as well as a small holepunch notch on the top left side. As we’ve noted in our impressions, this notch placement is what we prefer given that it’s much less distracting than a notch that’s placed right on the top middle. 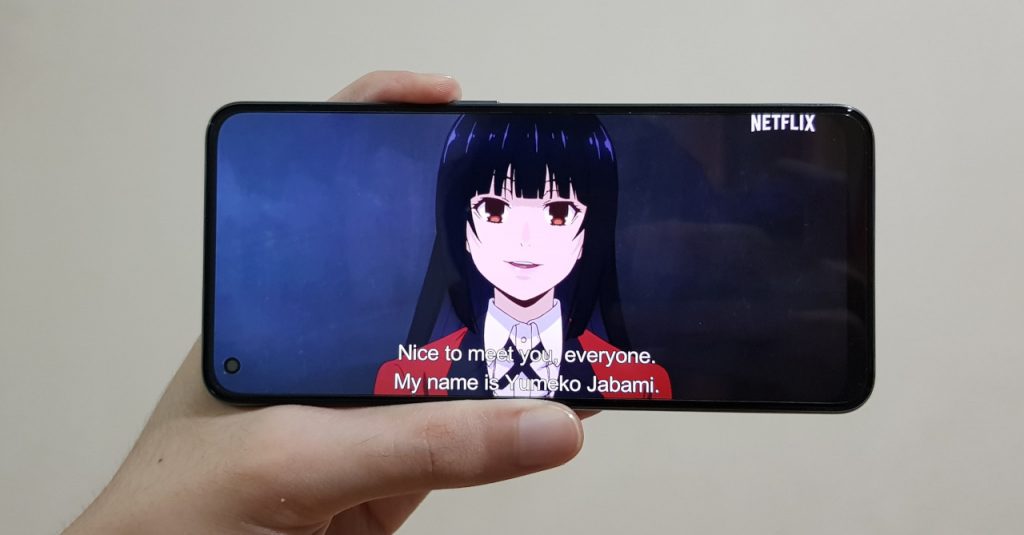 If you love binge-watching movies and shows on your phone, the Reno6 Z 5G will not disappoint. This is because the 6.4-inch display uses an AMOLED panel, and it has a Full HD+ resolution. This means you’ll get vibrant colors and a sharp output from the Reno6 Z’s screen, great for binge-watching.

One thing to note though is that the phone’s single onboard speaker won’t give you the best listening experience. While it gets to a decent enough volume, quality isn’t the best. Also, the fact that there’s only one speaker means you’ll get a better viewing/listening experience when using external speakers or headphones. Thankfully, the phone does have 3.5mm headphone jack, so you can opt to use either wired or wireless speakers/headphones.

The Reno6 Z 5G is powered by a MediaTek Dimensity 800U processor, a new chipset from MediaTek that promises good gaming performance, all while offering both 5G connectivity and power efficiency.

For less demanding games such as Mobile Legends: Bang Bang, the Reno6 Z does not disappoint. Mobile Legends ran smoothly at the High graphics setting, with no drops in framerate throughout or playtime. The phone also proved to have enough power for other popular games such as Call of Duty Mobile, which the phone is able to run at the Medium graphics setting without issues.

Moving on to more demanding games though, the Reno6 Z was able to run Genshin Impact, though it did so at the Low graphics setting. Though this performance should be expected given that it Genshin Impact is an incredibly demanding game for smartphones.

Meanwhile, here are the synthetic benchmark scores of the Reno6 Z:

Overall, for a smartphone that’s not exactly billed for gaming, the Reno6 Z has pretty good gaming performance.

Now we move on to its cameras. The Reno6 Z features a 64MP main + 8MP ultra-wide + 2MP macro triple rear camera setup, as well as a 32 MP front shooter. So, how do these shooters perform? Pretty good for the most part!

As expected, the 64MP main camera takes high quality photos in the daytime, complete with vibrant colors and a good amount of detail. Indoor shots are also detailed, provided that there’s ample lighting.

Moving on to low light performance, the Reno6 Z’s main camera is able to take decent night photos on auto mode. With the Night Mode though, low light shots get a bit more detail, but the difference between auto modes photos are not dramatic, at least compared to what you’d typically expect from a mid-ranger.

The phone’s 8MP ultra-wide is also able to capture good quality daytime photos, though it does struggle at night. Even with Night Mode, low light shots can look a bit dim.

The 2MP macro camera meanwhile, is able to take nice enough close-up shots provided there’s a lot of light. For the best results though, you’ll need to be outside where there’s a lot of natural light.

Finally, the Reno6 Z’s 32MP front shooter captures quality selfies. While there’s an extensive amount of beautification options, we found that turning it off was better (but that depends on each user’s preference).

The MediaTek Dimensity 800U processor does not just provide good gaming performance though, it also packs more than enough power for day-to-day use. In our review period, we found that the Reno6 Z is a fast and snappy smartphone, whether you’re using it for work or for social media browsing. On top of its everyday reliability, the phone is also 5G-ready, meaning you can take advantage of faster mobile data speeds if your area is covered by a 5G network.

Now for battery life. The Reno6 Z has a 4310mAh battery, and while it’s not the largest in its class, the phone can still last for a day or more on a single charge. Of course, your mileage may vary depending on how you use it. Though if you do need to charge, the Reno6 Z 5G has 30W fast charging support, meaning you’ll only need to wait a bit to top up the phone’s charge. 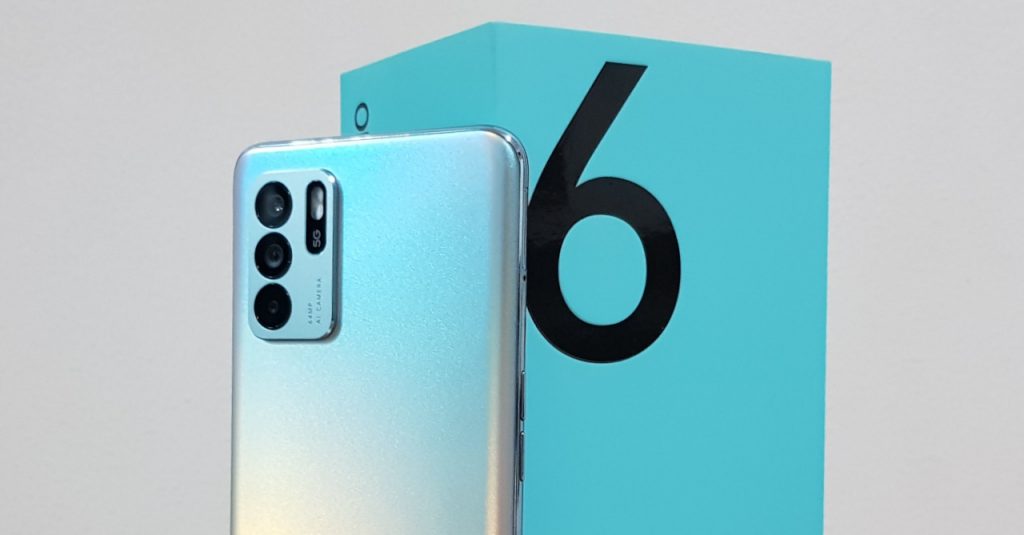 After testing it out, we found that the OPPO Reno6 Z 5G is a good mid-ranger when taken on its own. This is thanks to the phone’s good cameras, great performance, and quality AMOLED display. Coupled with the phone’s stylish look and premium features, there’s a lot to love with the Reno6 Z.

Though is it worth the price? At PHP 19,999, the Reno6 Z 5G is on the more expensive side, especially considering how many mid-range options there are at this price point. Still, the Reno6 Z is worth taking a look at if you’re on the hunt for a smartphone upgrade.