Even Olympic athletes showed some love to anime at the Tokyo Olympics! 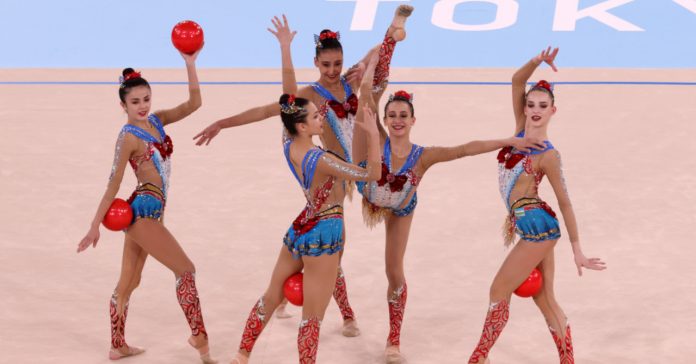 The Tokyo 2020 Olympics not only featured anime songs during the closing ceremony, even athletes showed love to anime, with Uzbekistan’s Rhythmic Gymnastics Team performed a routine inspired by Sailor Moon at this year’s Olympics!

At the Rhythmic Gymnastics Group Qualifying during the Tokyo Olympics, Uzbekistan’s gymnastics team performed their ball routine which featured the song “Moonlight Densetsu” which is the opening theme of Sailor Moon.

To top it all off, the five representatives even wore outfits that are inspired by Sailor Moon’s iconic outfit!

Here’s a glimpse of the Uzbekistani gymnastics team in action:

After their ball routine, Team Uzbekistan was in fifth place, though in the second day, the team dropped to ninth, narrowly missing the the finals event. In case you’re unfamiliar with the Women’s rhythmic group all-around format, the top eight teams at the end of Day 2 will move on to the Finals.

While Uzbekistan’s Rhythmic Gymnastics Team narrowly missed the final round, the team did get a lot of love online, especially from anime fans. Plus, they also proved that anime music is a cute addition to gymnastics events!

In related news, the Tokyo 2020 Olympics also played other anime songs during different events, including themes from Attack on Titan, Slam Dunk, and more.