ASUS' new laptop lineup is made specifically for creators. 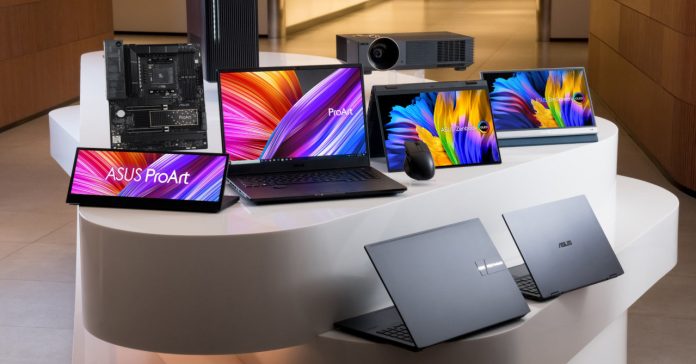 ASUS is no stranger to releasing creator laptops; after all, it is ASUS that released notebooks such as the dual-screen ZenBook Duo which is aimed at creative professionals, as well as the Studiobook workstation notebooks.

Now, ASUS has revealed its latest creator laptop lineup for 2021, and it not only features refreshes to its existing series, the lineup also includes new and innovative models. These new ASUS laptops are made for a wide array of creatives, and target different price points (from affordable options to professional-grade workstation laptops). Plus, all these laptops feature OLED displays. 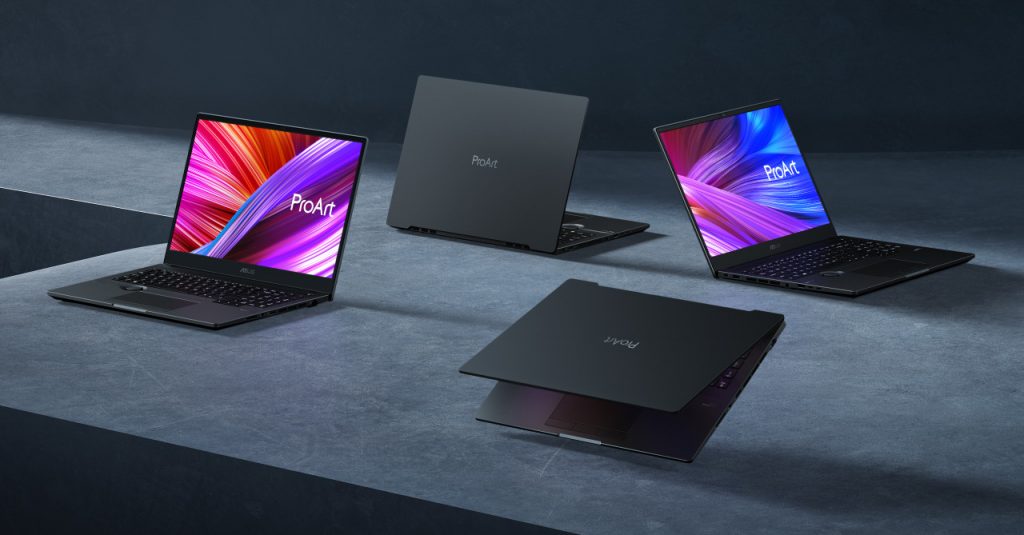 The highlight of the new ASUS laptops is no doubt the ProArt Studiobook Pro 16 OLED, as well as the base ProArt Studiobook 16 OLED. The Pro model is powered by either a Ryzen 5000 series processor, or a 3rd Generation Intel Xeon workstation CPU. This CPU is paired with an RTX A2000 or A5000 GPU, meaning it should have enough power to be a desktop replacement to run complex CAD models, 3D product design or high-resolution video editing. On top of this, the Pro also has a 16-inch 4K OLED 16:10 display. 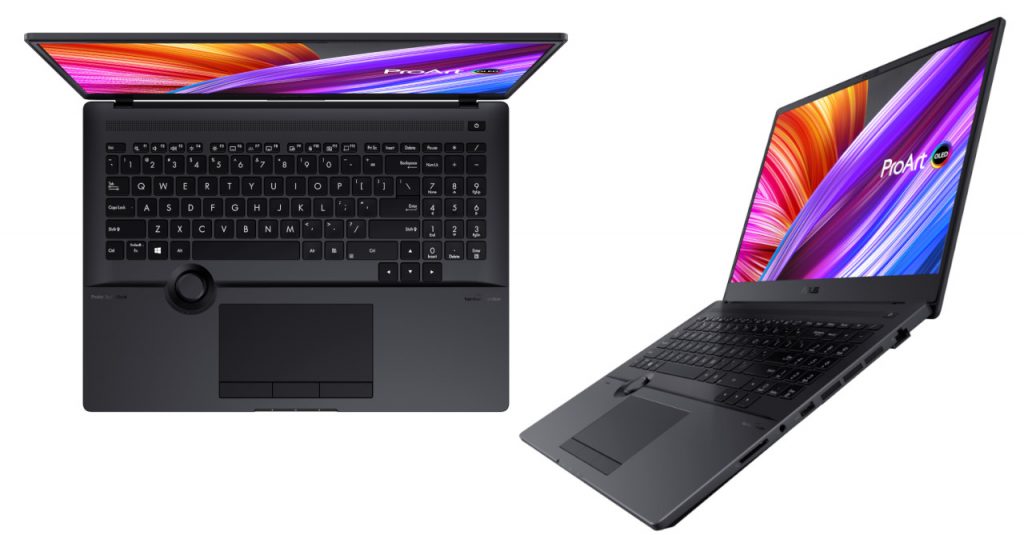 Aside from the powerful hardware and impressive display, the ProArt Studiobook Pro 16 stands out thanks to the ASUS Dial, a built-in rotary controller (the first in the world for a laptop) which enables quick, intuitive and precise creative control in compatible Adobe creative apps. In addition, the Studiobook Pro also features a stylus-enabled touchpad.

Meanwhile, the base Studiobook 16 OLED comes with Intel Core i9 or Ryzen 5000 series CPU options, and it packs up to an NVIDIA RTX 3080 GPU. To complement its powerful hardware, the Studbook 16 has a 16-inch 4K OLED HDR 16:10 display. 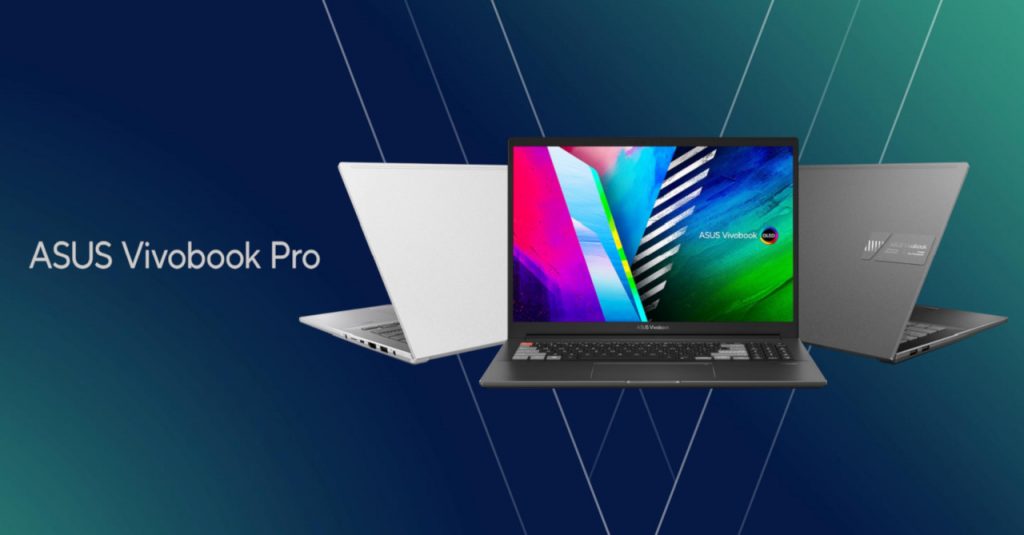 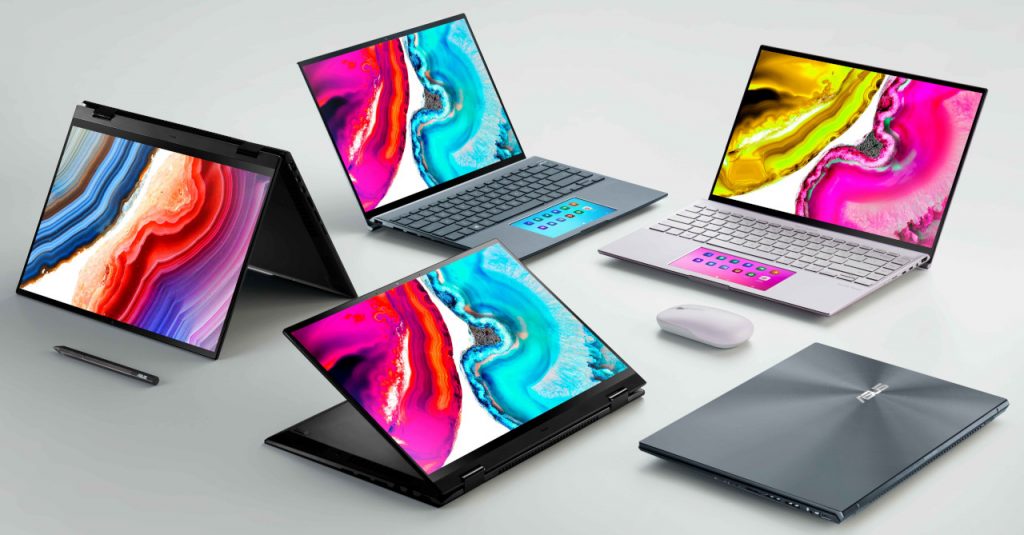 ASUS also introduced the ZenBook 14X OLED, a slim and light laptop with a 16:10 4K OLED HDR NanoEdge touchscreen, as well as a 180-degree ErgoLift hinge to give it a convertible form factor. This laptop is powered by the latest 11th Generation Intel Core processors or AMD Ryzen 5000 H-Series processors, and it packs a ScreenPad/NumberPad. 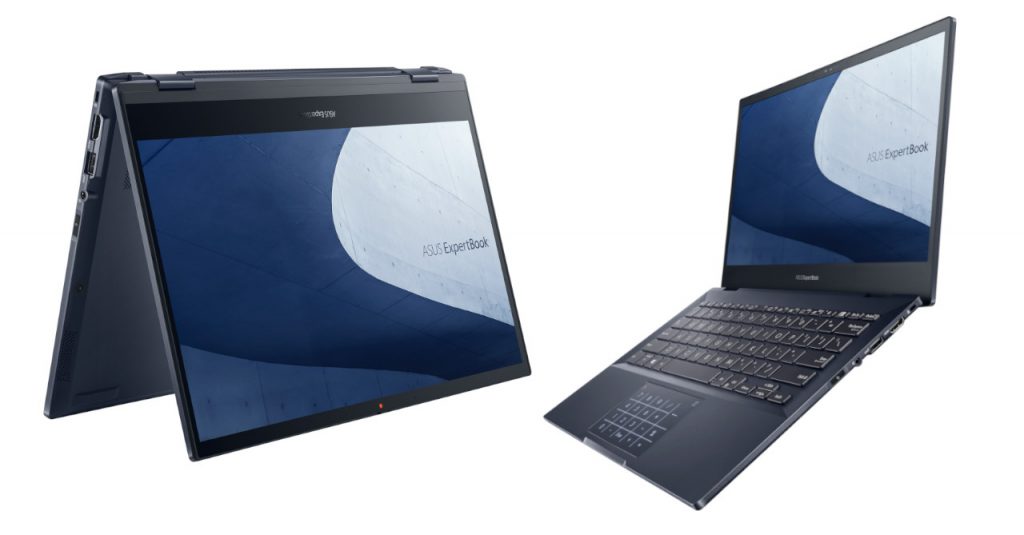 Finally, we have the new ExpertBooks, the standard B5 OLED and the convertible B5 Flip OLED–two laptops made for business/corporate users.. Both laptop come with a wide array of features, including AI noise cancelation, dual-SSD RAID support, and ASUS’ NumberPad 2.0. Powering the laptop is an 11th Generation Intel Core processor. The ExpertBooks also both have OLED panels for vibrant colors and deep blacks.

Philippine availability and pricing of the new ASUS creator laptop will be announced soon.. For more info and for the latest updates, visit ASUS Philippines on Facebook, Instagram, and Twitter.