Yakuza series fans will find a lot to love in Lost Judgment! 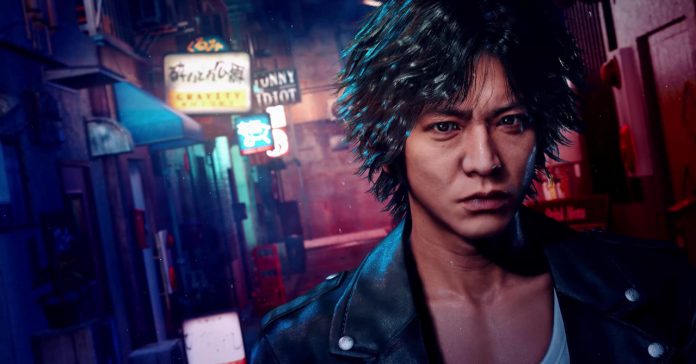 When Lost Judgment was announced a few months back, the news excited me, and not just because this game is the first in the series to release simultaneously worldwide. I was also looking forward to it as I’ve become a massive Yakuza fan over the last year. While I did play and had lots of fun with Judgment back in 2019 after its release, it was only the second Ryu Ga Gotoku Studio game I have played at the time (I only played Yakuza 0 before it). This all changed early last year due to the stay-at-home orders which gave me time to finally play through the whole Yakuza series. After binging through Yakuza Kiwami to Yakuza 6, the series became one of my favorites game franchises. And yes, I played Like a Dragon late last year as well.

While I played Judgment as a Yakuza newbie, coming into Lost Judgment, I was able to judge the game not only as a sequel, but also within the context of the whole Yakuza series. This, for me, is important, as the Judgment games are now the bearer of the series’ signature beat-em-up combat system, given that the Yakuza series is shifting to the turn-based RPG gameplay introduced in last year’s Like a Dragon. 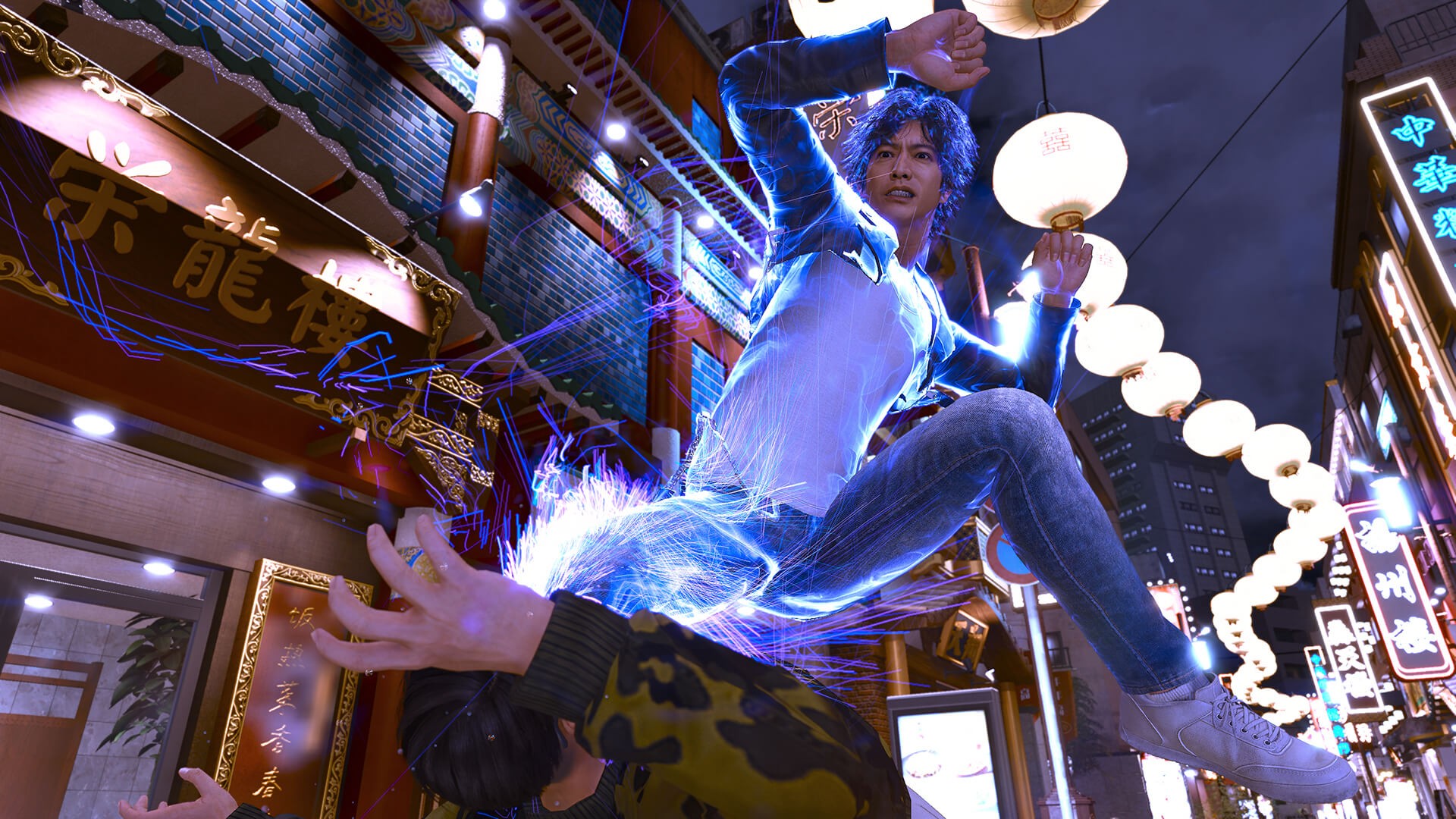 Given this, does Lost Judgment satisfy long-time Yakuza fans? And is it a worthy sequel to Judgment? A game that I consider as one of the best by Ryu Ga Gotoku Studio. Personally, I think Lost Judgment delivers, for the most part.

New Tricks for the Detective

At its core, Lost Judgment plays similarly to its predecessor as it features rather exposition-heavy cutscenes that are punctuated by action-packed beat-em-up combat, complete with some sprinkles of detective-work mini games. Combat-wise, it plays mostly the same as Judgment; and by extension, it should feel familiar to those who have played the Dragon Engine Yakuza games such as Kiwami 2 and The Song of Life. 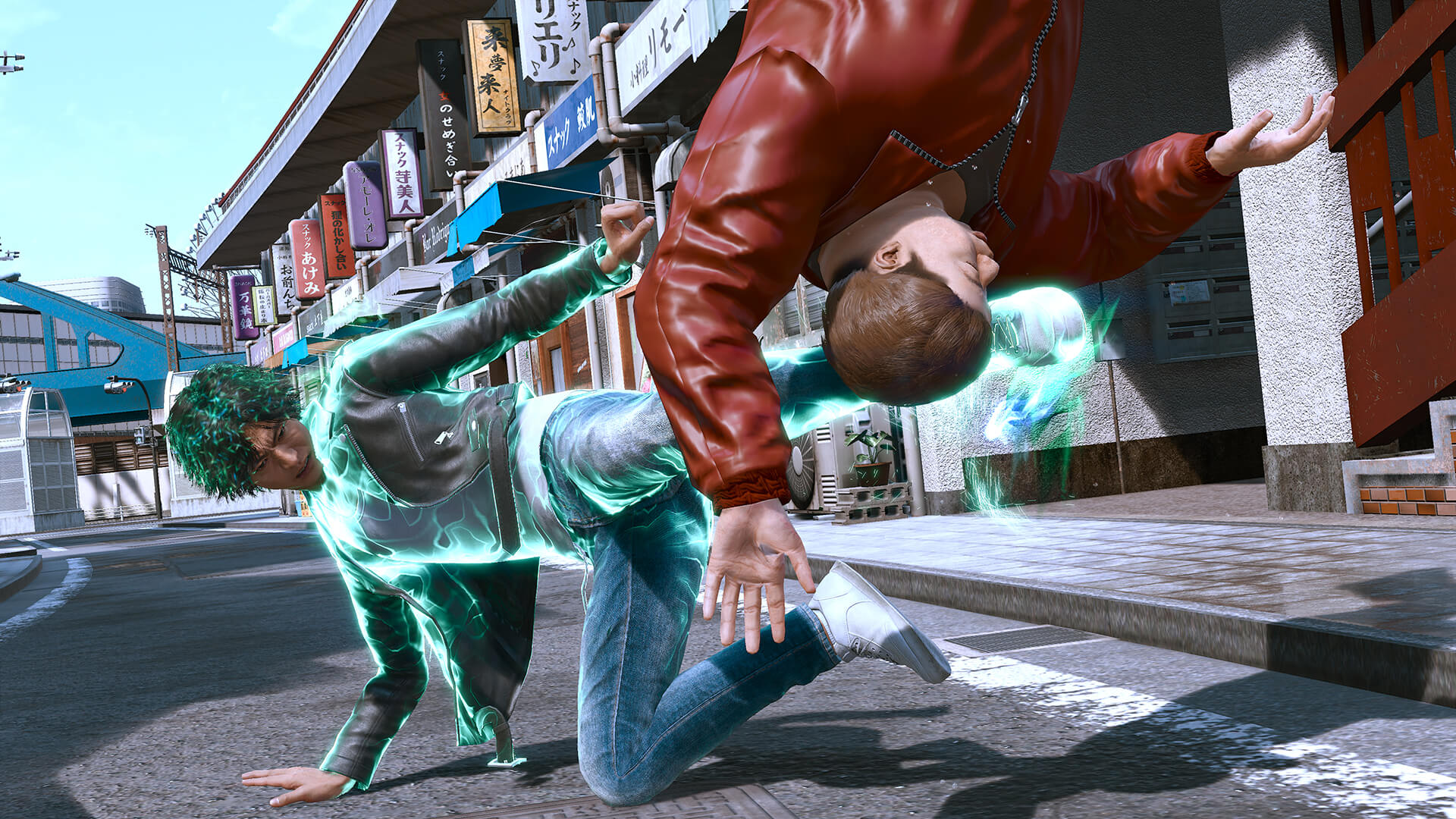 While the combat is mostly the same, there are some additions that make it play better. One of the biggest new inclusions is the Snake Style, a combat styles that allows players to parry and disarm enemies. This offers a nice complement to the returning Crane and Tiger styles, as having three styles to choose from gives players more tactical variety in combat encounters. If you’re facing a large group, the wide range of Crane Style attacks is useful; for tough bosses, the one-on-one Tiger Style moves are usually the best bet; and for enemies packing heat, Snake Style is the way to go.

The three combat styles make gameplay feel a bit more dynamic than the first Judgment, and it feels even better if you play on the latest gen consoles. As I played Lost Judgment on the PS5, I enjoyed a smooth 60 FPS framerate which gave me a much better experience compared to playing Judgment (and the other Dragon Engine Yakuza games) on PS4. While the game is available on last gen consoles, if you’re lucky enough to have a PS5 or Series X|S, these consoles are the way to go in Lost Judgment, especially as you’ll be doing a lot of fighting in the game. 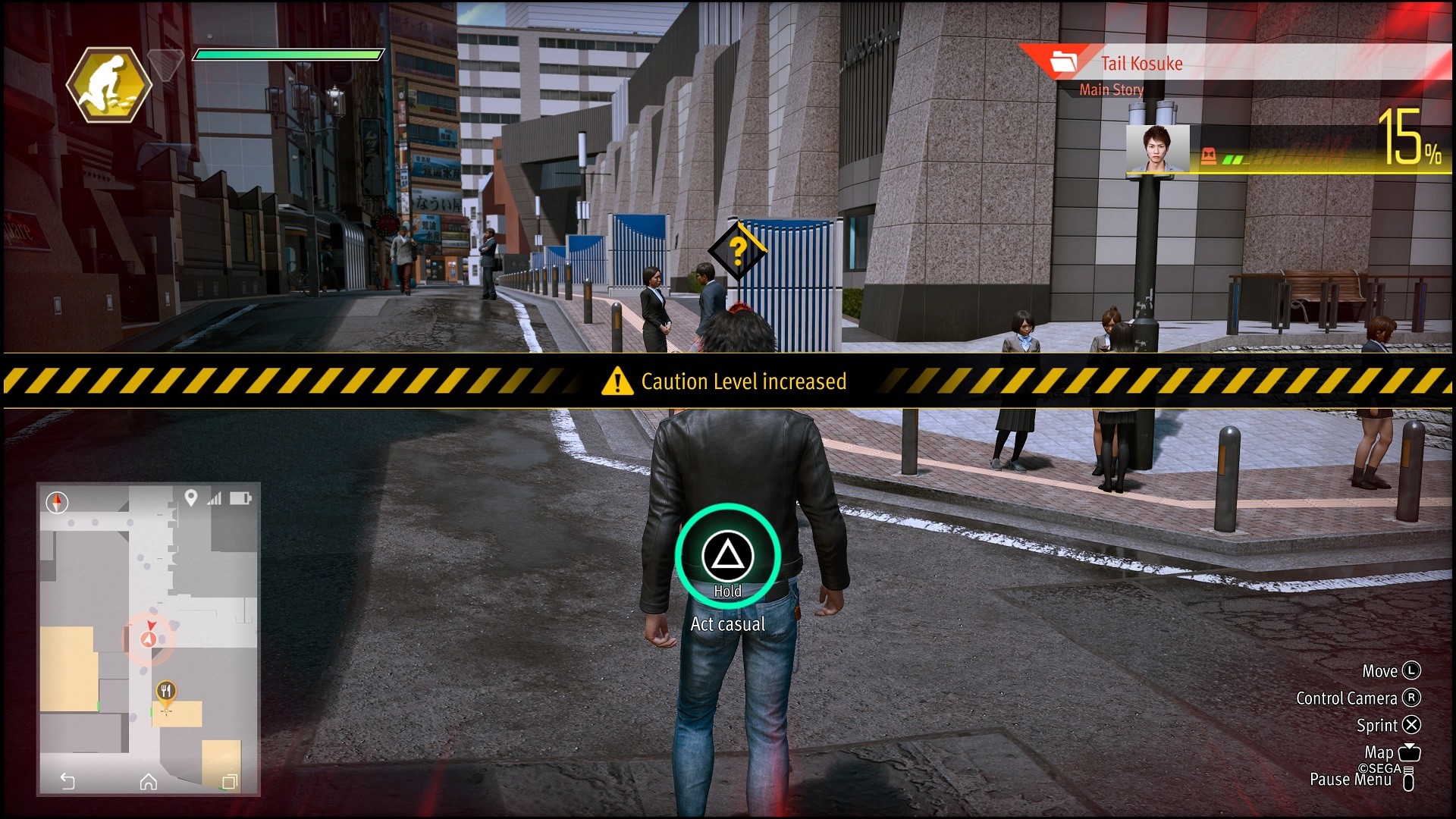 Outside of combat though, there are several detective mini games, including the returning tailing and chases, to the newly introduced stealth and grappling segments. In the first game, I did not enjoy the tailing missions, so I was happy to find out that there are fewer tailing encounters. Though in exchange, there’s quite a number of stealth sections which the game could’ve done without as they were rather dull and easy.

These detective mini games offer a nice change of pace in missions, but I wouldn’t say I loved them. It’s more accurate to say that I didn’t mind them for the most part. Though even if you hated these segments in the first Judgment, they generally don’t overstay their welcome in the game’s main story missions.

A Compelling Story, but with less Mystery

I love the over-the-top stories of the Yakuza games, but I’ll be the first to admit that more than half of them don’t make much sense if you take the time and think about the various twists and plot points (I’m looking at you, Yakuza 4). This is why I consider Judgment to be one of the best by Ryu Ga Gotoku Studio. Not only is it just as engaging as the Yakuza stories, it’s also the most well-written story in terms of everything making sense and tying together in the end. So, how does Lost Judgment fare in this regard? I’m happy to say that in terms of story quality, Lost Judgment is on par with the first game. 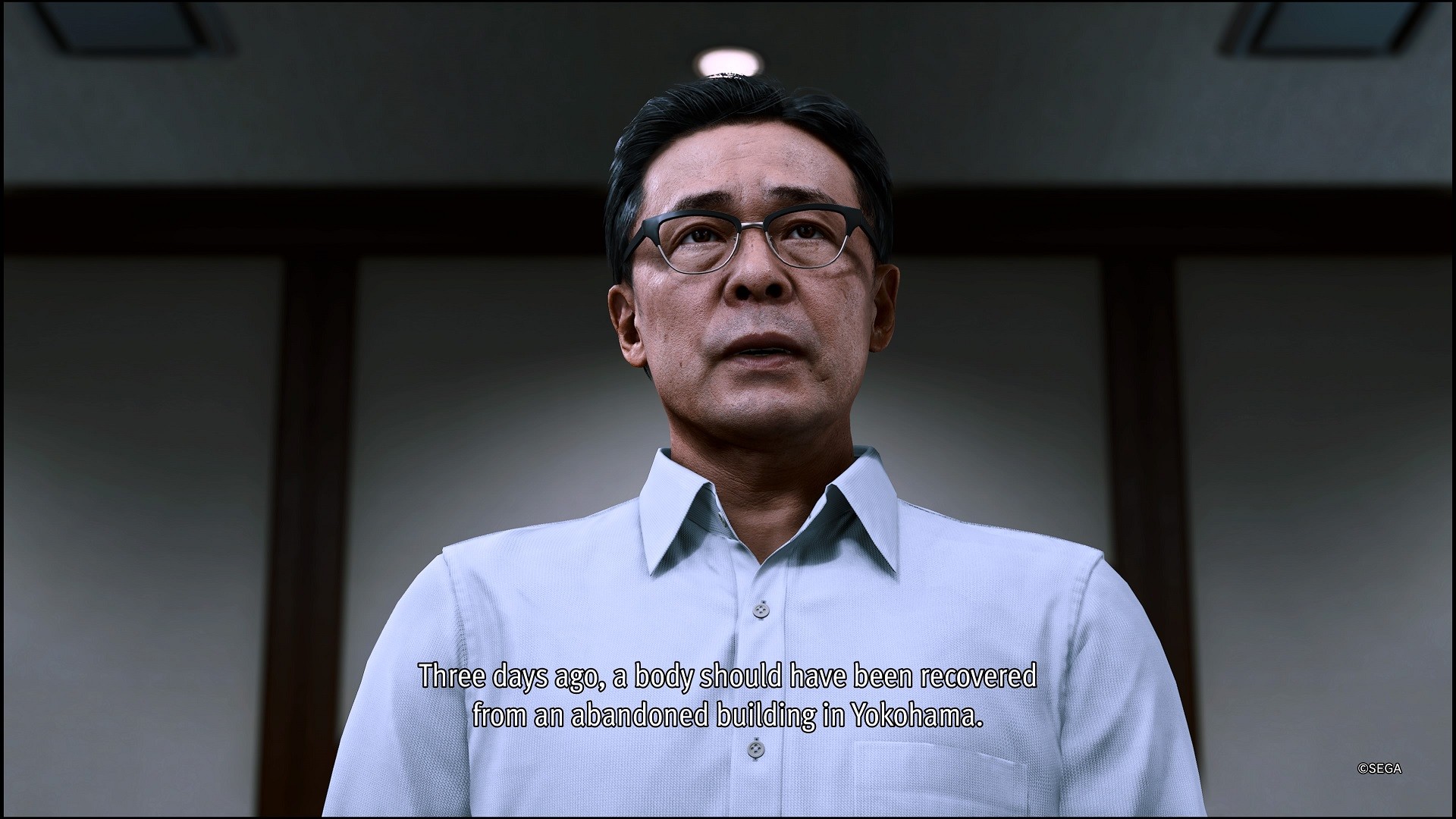 Without going into spoilers, Lost Judgment tackles some heady themes about bullying, the limitations of the legal system, and the importance of the truth, among others. While there are convenient plot points and some moments where you must actively suspend your disbelief, the story of Lost Judgment overall is more tightly written than most of the other Yakuza games. In fact, I’d even say that it’s thematically stronger than the first game. Where it does falter is in its central mystery.

In the first Judgement, the central mystery of the story was an incredibly gripping one, with twists and turns right up until the end. For comparison, Lost Judgement’s central case is mostly explained when the final third of the story begins. Of course, not everything about the mystery is revealed early, but the structure of the story is written in such a way that you already know the beginning and the end of the mystery by the third act, with only the details in the middle being obscured. While the story of Lost Judgment is still an engaging one, it doesn’t build up as strongly for me as its predecessor. 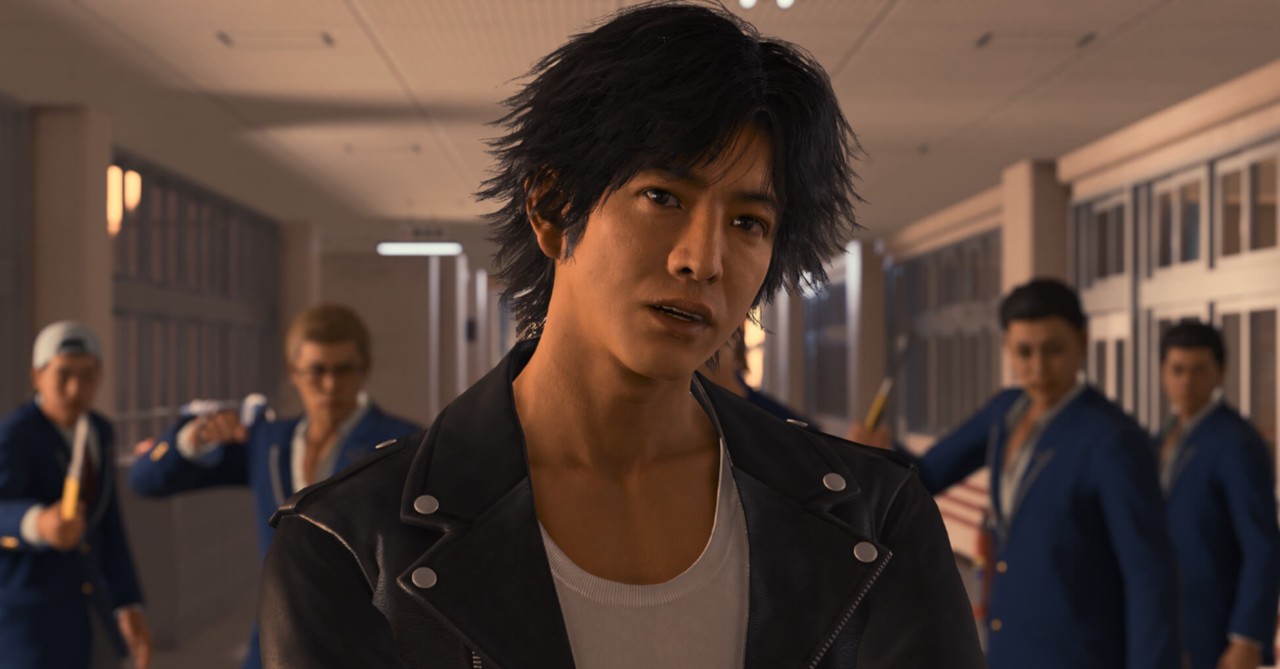 It might seem that I’m being harsh on the story of Lost Judgment, but make no mistake, the game’s story is still compelling. There’s also the fact that having the story be set in a High School (at least in the early parts) help give Lost Judgment a different “flavor” in terms of tone and atmosphere, especially as it comes complete with various Japanese high school tropes that anime fans should be familiar with. On top of this, the game is the first Ryu Ga Gotoku Studio title to feature a high school setting, making it unique among the previous games by the studio.

While its central mystery may not be as gripping as the first game, Lost Judgment more than makes up for it with its side content.

Going Back to School 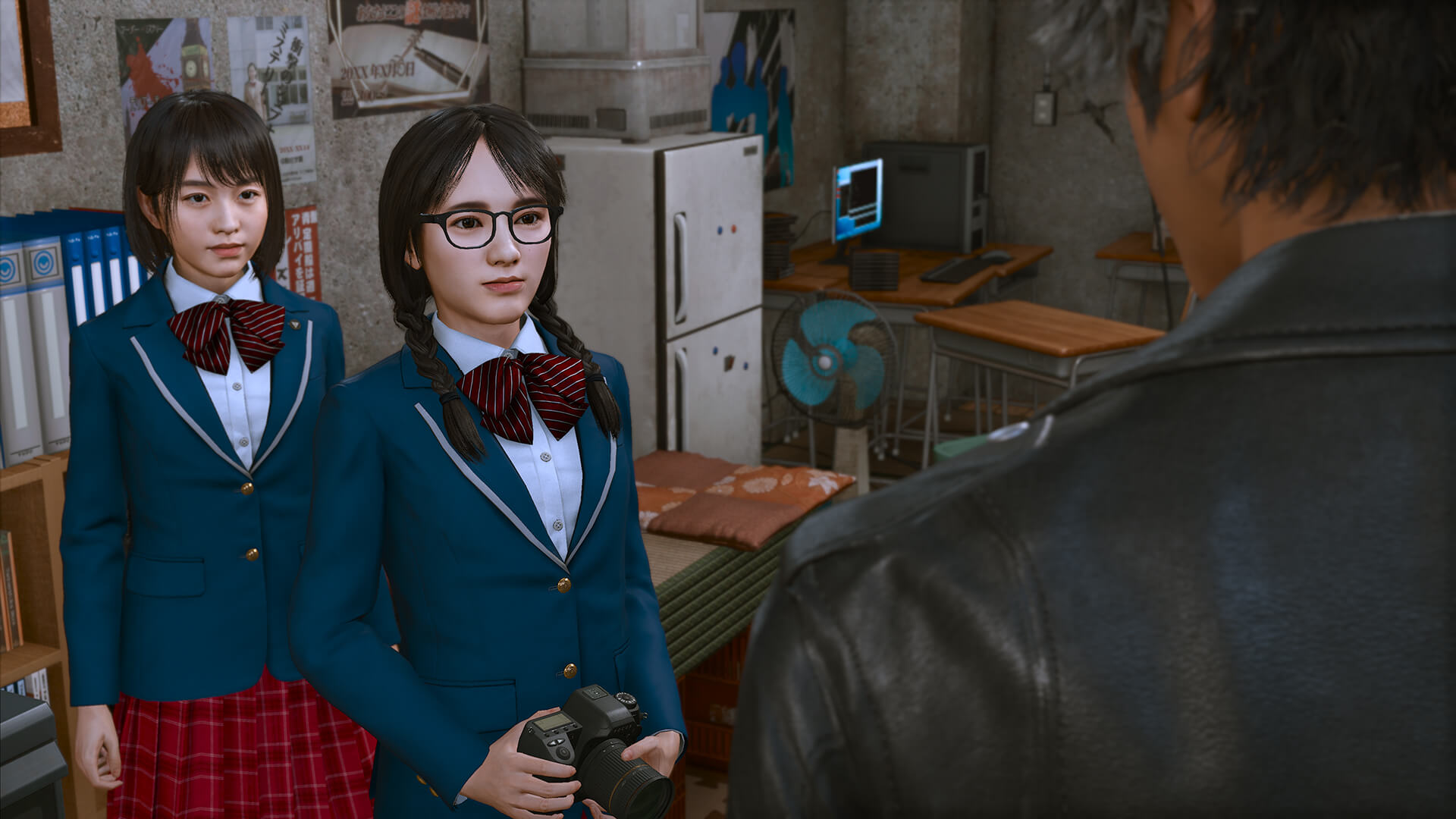 The games in the Yakuza series are not popular for their dramatic stories alone; they’re also beloved for their funny and often crazy side quests. Lost Judgment is no different as it features a wealth of things to do outside of the main story, be it playing SEGA arcade games or solving various side cases for the people of Kamurocho and Isezaki Ijincho. Among the side content available though, what stands out is the collection of School Cases.

The main story takes Yagami to Seiryo High School in Yokohama, though while there, he also gets tangled up in a sprawling case outside the main story which involves the student body. Without spoiling much in the way of story details, Yagami must help various clubs in the school to get to the bottom of the case. While the School Cases does have Yagami face off against unscrupulous members of the criminal underworld, his main task is to help these clubs out in unique mini games. 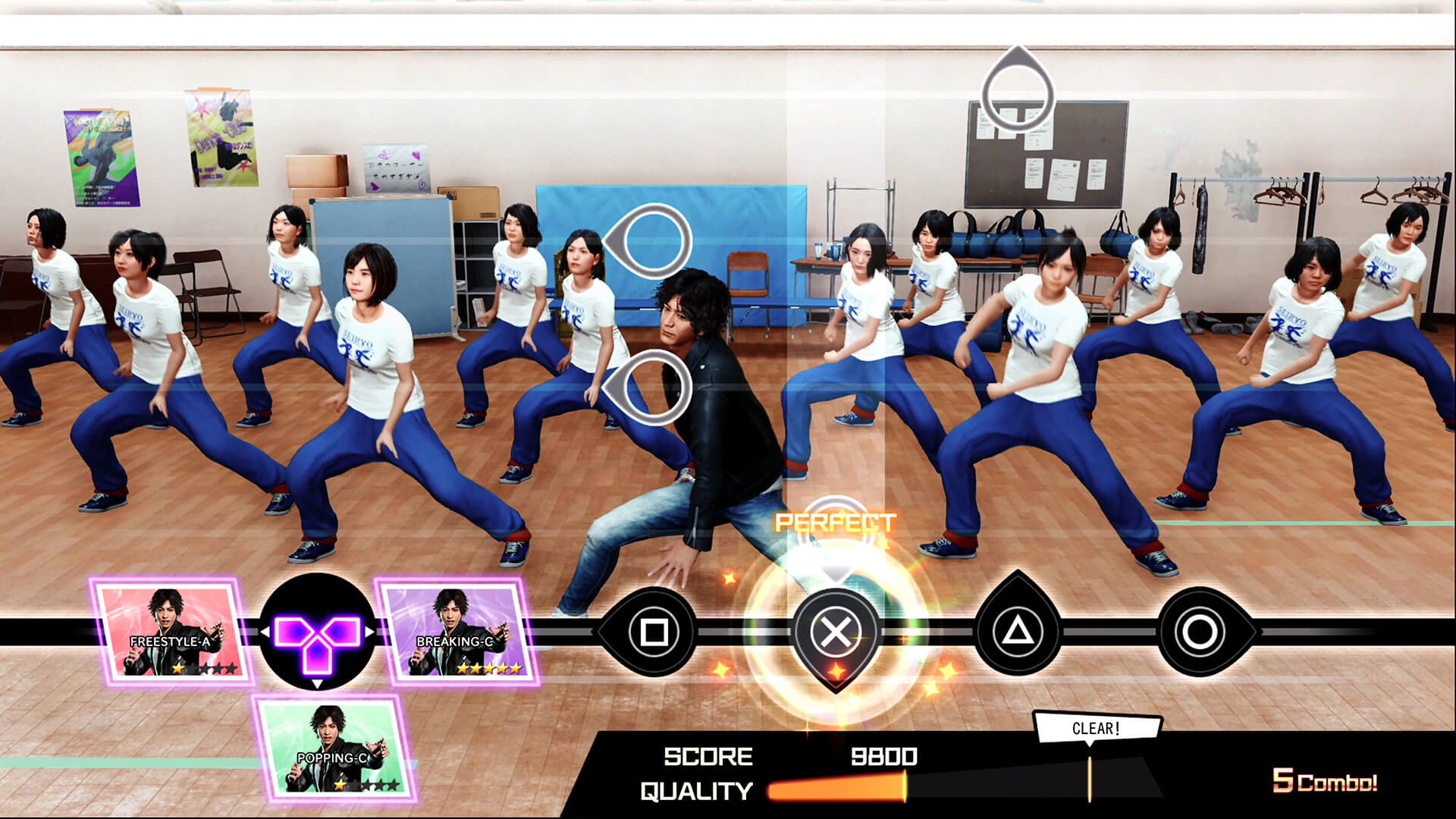 For instance, in an early School Case involving the Dance Club, Yagami must stand-in as the dance instructor. To do so, you’ll participate in a dancing mini-game. This also happens in the other clubs (both within and outside the school) that Yagami investigates. Personally, these mini games are quite fun, and they’re made even better as they serve a larger narrative.

In many ways, this series of School Cases is Lost Judgment’s version of the four “Another Dramas” in Yakuza 5 (like Kiryu’s Taxi driving mini game or Haruka’s idol simulator). It’s also comparable to Yakuza 0’s Real Estate Royale/Cabaret Club or Like a Dragon’s Business Management. As someone who enjoyed these secondary storylines in certain Yakuza games, I love that Lost Judgment has these School Cases, especially as the first Judgment didn’t really have a side story series with this big a scale. 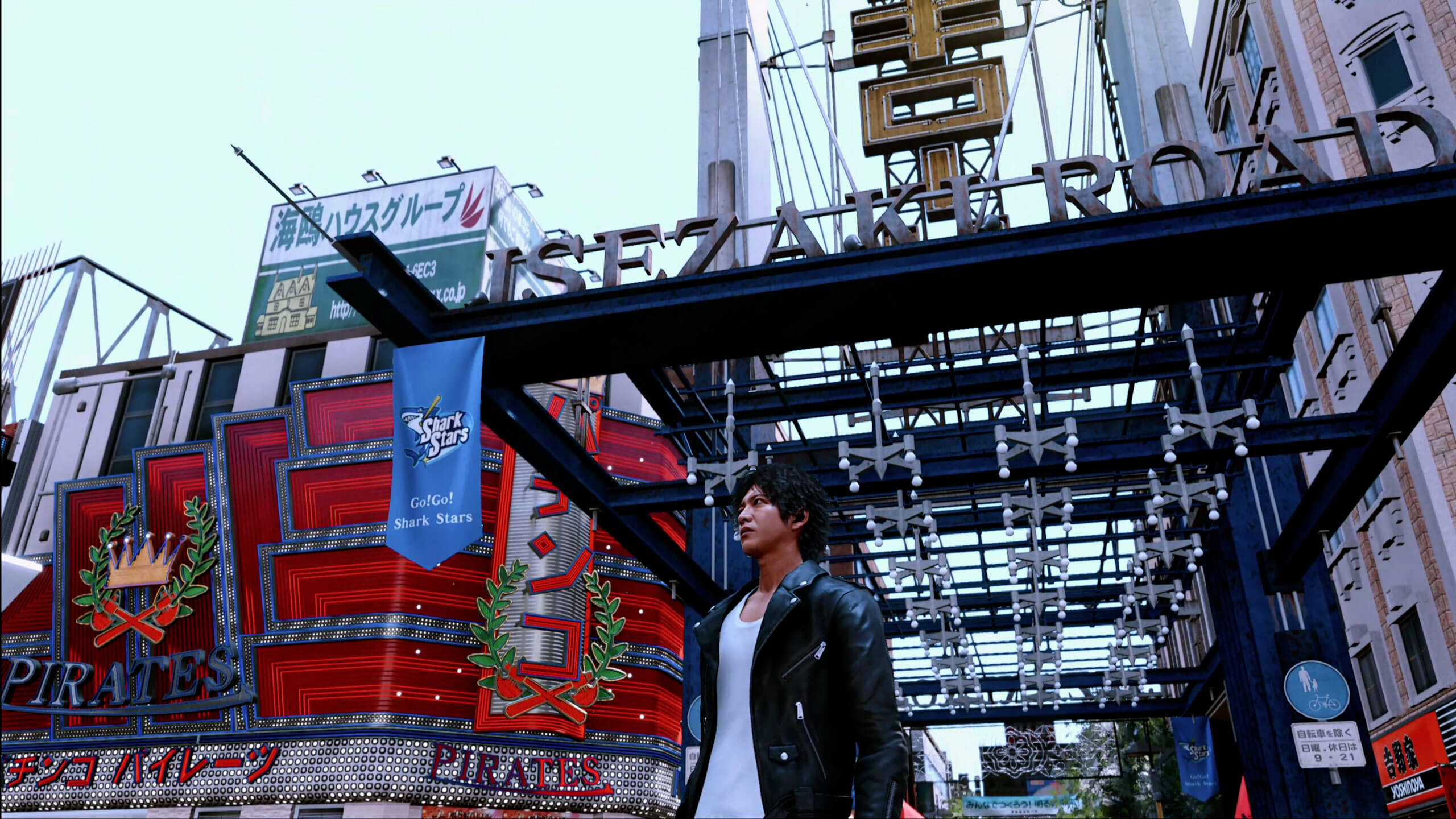 Speaking of scale, Lost Judgment is a bigger game compared to the first as it has two maps instead of just one. While Judgment is confined to Kamurocho, Lost Judgment also has Yagami explore the much larger map of Isezaki Ijincho. While exploring Isezaki Ijincho didn’t feel as fresh for me given I spent most of my over 60 hours in Yakuza: Like a Dragon there, it was still nice to see Yagami explore a new area. 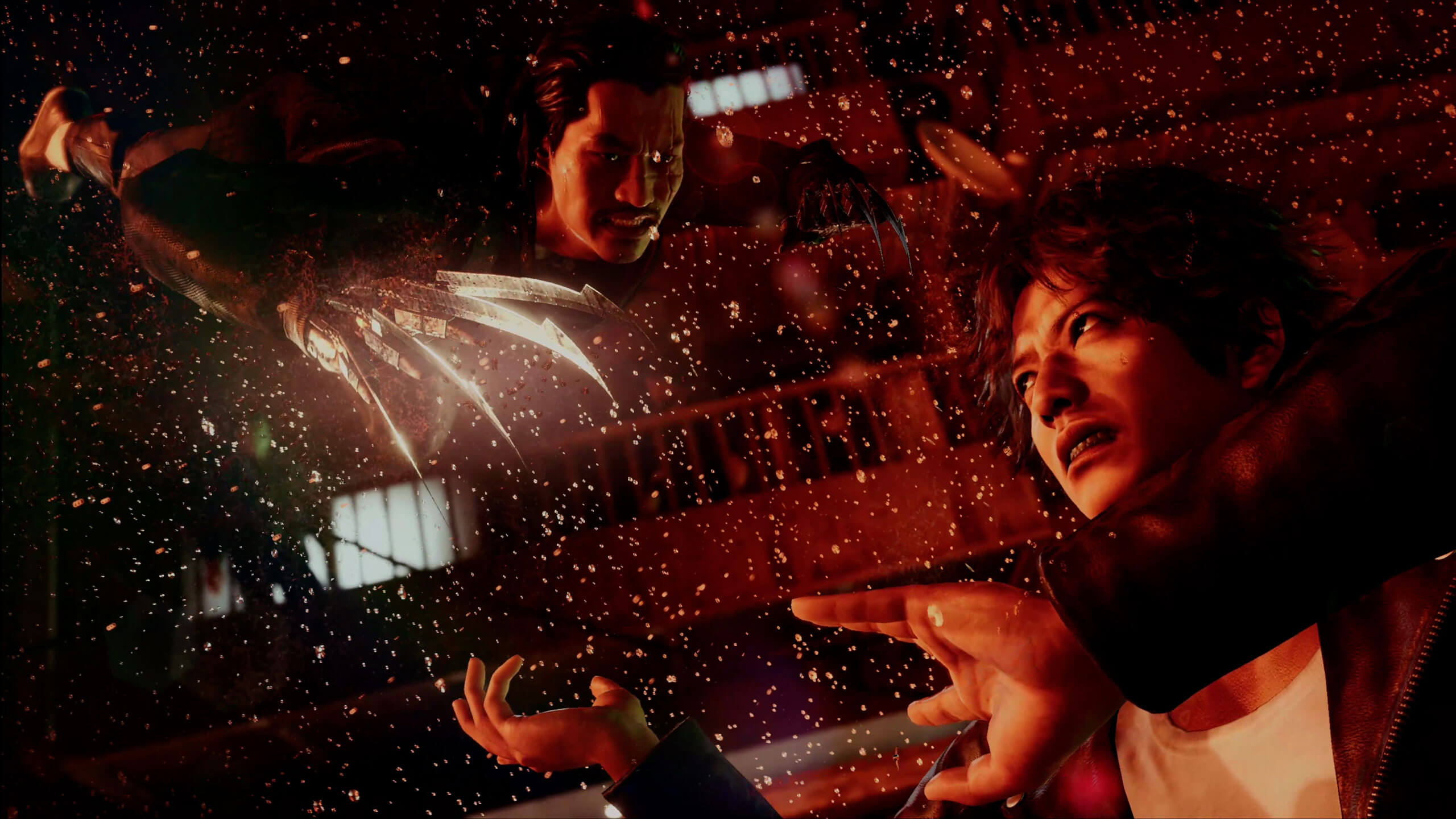 Lost Judgment does not shake up the formula set by its predecessor, but it does bring several new features that make the gameplay feel a bit more dynamic. Sure, some of the new gameplay additions like stealth segments I could do without, most of the new features are welcome. And while it’s story may not have a similarly gripping central mystery of the first game, Lost Judgment’s writing is still of high quality in the context of Ryu Ga Gotoku Studio’s work. On top of this, Lost Judgment’s School Cases and High School setting give it a unique “flavor” for a Yakuza game.

So, if you’re a fan of the series, or at least have enjoyed the first Judgment, Lost Judgment is easily a must-play. And personally, I would probably rank this in the upper half of the mainline Ryu Ga Gotoku Studio games.

Previous article
Resident Evil 4 VR launches this October exclusively on Oculus Quest 2
Next article
Dragon Quest The Adventure of Dai: A Hero’s Bonds is available now on Android and iOS

Lost Judgment offers a core experience that's similar to the first game, but with a couple of new features and enhancements to make the game a bit more fresh. And as for the story, while it may not have a mystery that's as gripping as the first, it's still a compelling tale that's complemented by a memorable scholastic side story. Lost Judgment Review | A Yakuza Fan’s Perspective