The Outer Worlds: Murder on Eridanos DLC releases for the Switch on September 9

This is the second and final DLC for The Outer Worlds. 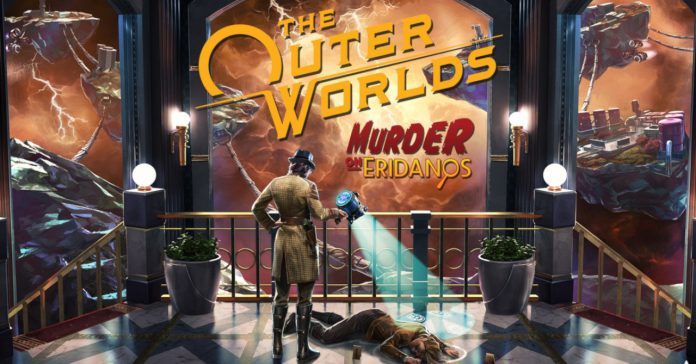 Following the DLC’s release on PC, PlayStation, and Xbox back in March, Obsidian Entertainment and Private Division have announced that The Outer Worlds: Murder on Eridanos will release on the Nintendo Switch on September 9.

This is the second and final DLC for the Outer Worlds, and it adds new science weapons, armor sets as well as more skill customization options. Plus, this expansion also features a new story content, and it raises the level cap by 3.

The DLC’s premise is described by Obsidian as:

Murder on Eridanos will be available on the Switch via the US Nintendo eShop for USD 14.99 as a standalone purchase. The DLC will also be available to players who bough The Outer Worlds Expansion Pass.

Want to know more about the DLC? Check out our review here:

- Advertisement -
Previous articleHere is the PlayStation Plus free games lineup for September 2021
Next articleSony announces PlayStation Showcase 2021, and it’s happening next week