Paladins collabs with Hololive for an Amelia Watson Announcer Pack 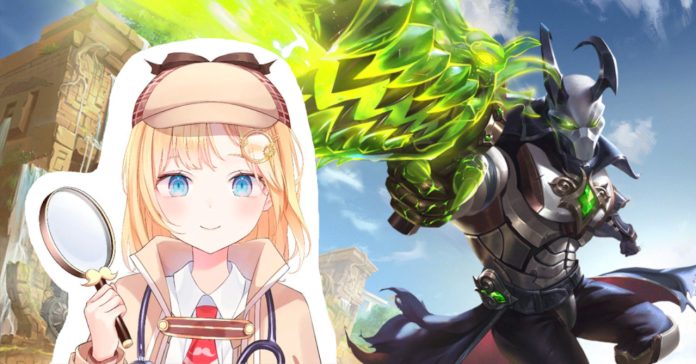 Hi-Rez Studios have teamed up with Hololive for a Paladins Announcer Pack voiced by Amelia Watson which releases as part of the Absolution Update.

This Announcer Pack is made to celebrate Amelia Watson reaching 1.5 million subscribers on YouTube. And as a bonus for payers, the Announcer Pack will be given to players for free by simply playing 5 matches. 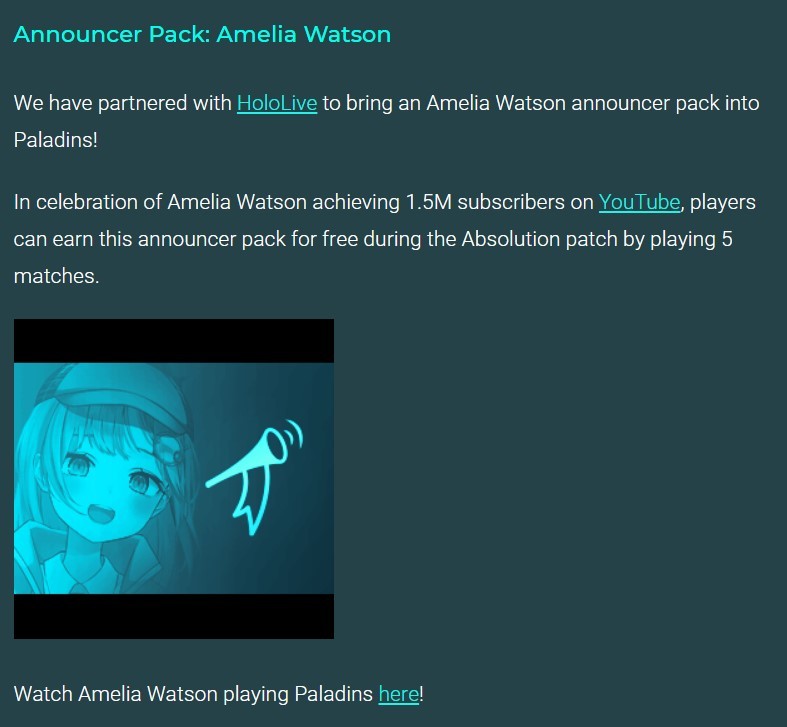 If you’re a Hololive fans and aren’t familiar with the game, Paladins is a free-to-play hero shooter by Hi-Rez Studios (the developers of Smite and Tribes: Ascend). While the game was officially released on PC, PS4, Xbox One, and Switch back in 2018, the game was playable all the way back in 2016 during its Open Beta stage.

For gameplay, Paladins is a first-person hero shooter in the vein of games such as Overwatch and Team Fortress 2. Currently, Paladins has 51 Champions (not counting the upcoming Champion) to choose from which are divided into four classes: Damage, Front Line, Flanker, and Support.

Meanwhile, if you’re a Paladins player and are unfamiliar with Amelia Watson, she is a Virtual YouTuber under Hololive English. Watson debuted back in September 2020, and among her genmates, she is known for being the biggest FPS player. Watson routinely streams FPS games such Apex Legends and Valorant; she has even streamed Paladins earlier this year.

While the Announcer Pack is a big highlight in the upcoming Paladins update, Absolution also introduces the new Champion, Azaan. Find out more about the Paladins Absolution update here.