5 reasons we stan Viktor from Arcane: League of Legends

The true best boi of Arcane! 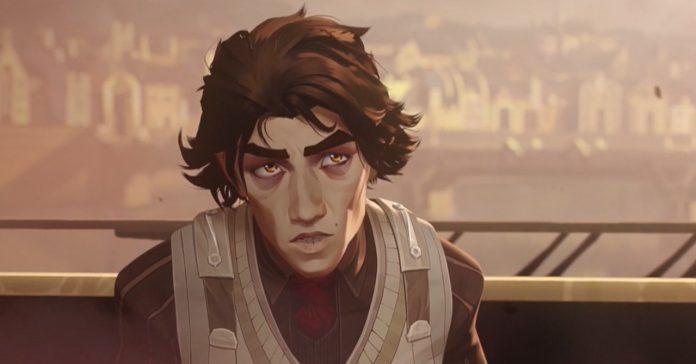 Netflix’s Arcane Act 3 is out, and we now get the concluding act of this epic animated series that started a few weeks back. Already getting incredibly high critical responses from both critics and fans alike, it seems Arcane is well on its way to being of the best shows ever released in 2021.

While we followed the central story of Vi and Powder (before turning into Jinx), we’re also shown many interesting secondary characters who will become budding champions of Runeterra like Jayce, Caitlyn, Heimerdinger and everyone’s would-be Machine Herald, Viktor (excellently voiced by Harry Lloyd – Viserys Targaryen from HBO’s Game of Thrones).

We’ve been seeing a renewed interest in the Hex Core-wielding Mage character from League of Legends ever since the show started and we totally get why. Viktor, though stoic and aloof, shines brightly in Arcane and we’re here to add to the growing number of reasons why we should stan Piltover’s hardworking scientist with the #hexillionairemindset.

While Jayce was having a pity party because he couldn’t get people to listen to him after wanting to further his study on magic, Viktor steps in and literally saves Jayce’s life moments before Jayce thought of ending everything. Viktor understood that the council was against the idea of using magic even for the good of Piltover but he saw potential and earnestly believed in Jayce’s research. Suffice to say, at least in Arcane’s lore, without Viktor there will be no Jayce Talis, the Man of Tomorrow.

He also gives excellent soundbites throughout the series. Who could forget his mantra to Jayce by the end the first episode. “When you’re going to change the world, don’t ask for permission.”

Viktor loves to pursue advancement in sciences and doesn’t care about personal glory or fame. When Jayce asked Viktor to be with him during the speech-giving ceremony on Progress Day (Ep 4), Viktor declines and just wants Jayce to mention their new discoveries. His interest in Hextech goes beyond what it can do for his name and position but what it can do for people – especially for those who he feels needs it most, the Zaunites (or people from the Undercity, like him). Working hard to refine the process, the gemstone, and ultimately building a Hex Core (a somewhat sentient source of power) Viktor spends all his time pouring on his research to create something more stable and far more beneficial for everyone to use.

Viktor is a man of action and conviction

When Viktor puts his mind into something, he is relentless. For a poor, cripple nobody from the Undercity, he was able to rise above his station and be among the top makers in Piltover. “ I do not have the benefit of a patron or a family name. I simply believed in myself.” That is a man of conviction.

And even though he has his ailments, he never used it as a reason to not go into action even if it goes against University policy and even borderline criminal (like getting into Councilman Heimerdinger’s chambers with Jayce to prove that Hextech could be a viable thing).

He also doesn’t let anybody distract him from his goals. No lofty parties, or advances from cute assistants could prevent him from the pure pursuit of knowledge and the sciences, no sir! Viktor is focus on the grind and he will get the answers he wants at (almost) whatever cost. Whereas Jayce…

Viktor cares about the living (in contrast with Singed)

One of the tropes that thankfully wasn’t used on Viktor was to be the sociopathic scientist who will pursue progress even at the cost of someone’s life or one owns morality. There was another scientist introduced in Arcane and a Zaun champion from League of Legends as well, Singed.

Singed has been on screen since episode 1, as Silco’s right-hand scientist mixing and producing the shimmer although we only really get to see Singed in full LoL form at the end of Act 2. That episode also showed us Viktor’s origins as someone who’s already different at a very young age – intrigued by science, technology and discovering new things. We’re also shown his first interaction with Singed and Rio, a mutated salamander-like being that needed saving. Viktor showed compassion and wanting to help, agreed to be Singed’s assistant only to flee once he sees what Singed did to Rio later on as he hooked the creature to various tubes and toxins putting the creature in immense pain and suffering.

It’s this purity, I feel, that people are drawn to Viktor. His inventions with Jayce were borne out of the desire to alleviate miners and artisans and ultimately create tools to help as many people as possible. Opposite of Singed who would sacrifice anything and everyone in the pursuit of scientific discoveries. He doesn’t care about the side effects of shimmer on his test subjects so long as he can get data to refine his solution. Singed and Viktor shows the duality of pure scientists on opposite ends. They’re all looking to pursue scientific truths but one still has his morality and humanity intact while the other doesn’t.

Which brings us to…

Viktor is the purest character in the series

If you’ve played League of Legends and have followed its lore, you know that Viktor’s character is a human that has been mostly augmented by Hextech. His passive is the mastery of the Hex Core, an upgradable device that increases the proficiency of each of this Champion’s ability. In Arcane, we’re introduced to Viktor before the augmentations happened but in Act 3 we’re already seeing signs of this happening. The scene were Viktor runs for the very first time is a very quick but emotional segment on his character and lit the fire for him to further pursue the Hex Core even after Heimerdinger’s warnings on Act 2. 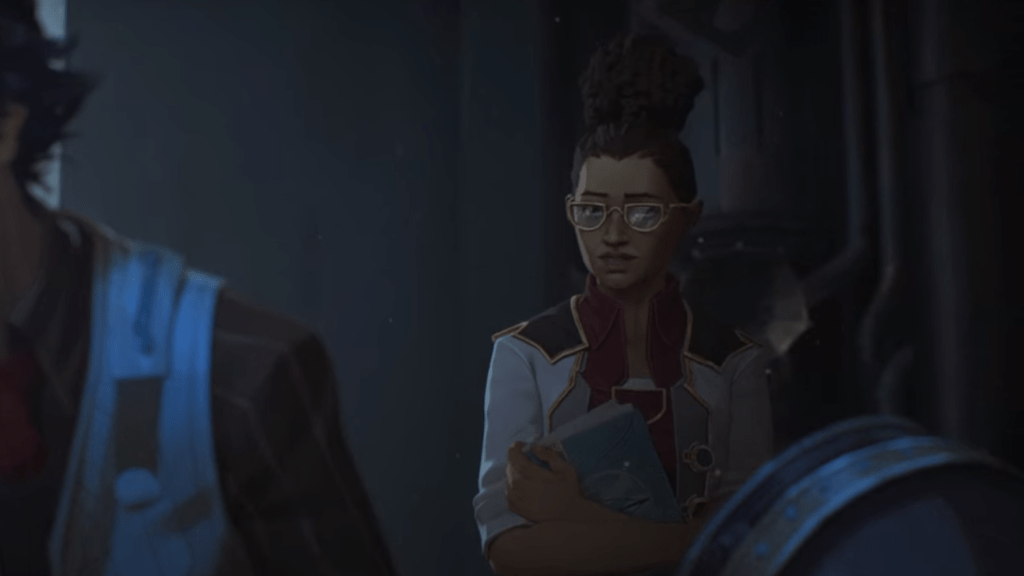 In Act 3, a terrible tragedy befalls Sky, the assistant who is madly in love with Viktor and we now get a glimpse of the real cost of magic. In the last episode of the season, Viktor is deeply remorseful of what happened to Sky. It wasn’t played out as much which gives us a genuine sadness in Viktor. But being sorry is just one step, Viktor goes further by pleading to Jayce to destroy the Hex Core –even if it means not being able to find a cure for Viktor’s ailments.

“We lost ourselves. We lost our dreams. In the pursuit of great, we failed to do good. We have to make it right.” – Viktor to Jayce (Arcane Season 1, Episode 9)

And this, ladies and gents, is why Viktor is the purest character in Arcane Season 1. He’s loveable, has an oddball charm, and his purity is infectious. Even in the midst of mistakes and traumatic dilemma his character shines through and we are reminded of the goodness in people and those just want to make things right.

We’re excited to see how the events of Season 1, especially the last episode of Act 3, will impact the lives of these characters for Season 2. We also can’t wait to see the inevitable transformation of Viktor and possible rift between him and Jayce (as with League of Legends lore).

But for now, till those stories are written and streamed on our computer, mobile or tv screens, we’ll dive back again on episode 1 and re-watch our favorite sigma male supremacy scientist, Viktor.

Arcane League of Legends is streaming now on Netflix. All 3 acts are available to watch.
If you want to read our review of Arcane, click here.